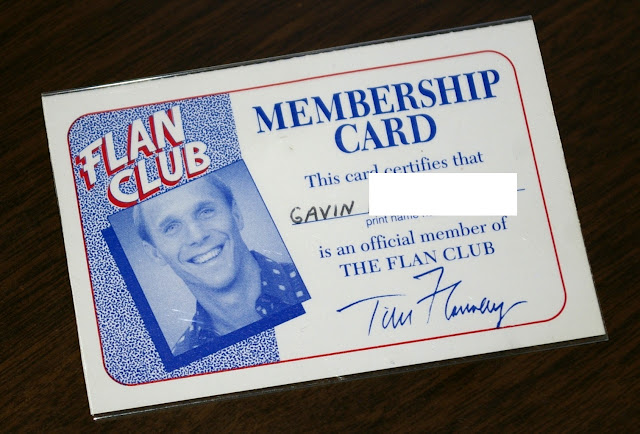 I'm sure most you guys have various Tim Flannery cards floating around your collection, be it in complete sets or cobwebbed corners of your trade box. But here's one Tim Flannery card I'll bet you haven't seen before-- A "Flan Club" membership card! Circa 1991, it was probably put out by KUSI, the local channel that played Padres games on Sunday. I believe Flan worked on the pre-game show at the time and as a back-up color commentator, joining Jerry Coleman when Rick Monday was out. At this point, I don't recall how I came to be a member of the Flan Club, and I don't recall any benefits besides getting the nifty membership card. Glad I hung onto it, though.

Now here's something I'm not sure why I hung onto.. 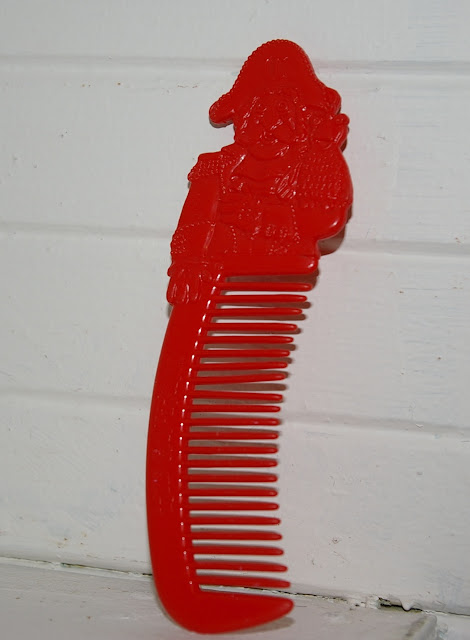 This is a comb with a captain on it. One might assume it was a freebie from Cap'n Crunch cereal, but I believe it was a McDonald's Happy Meal toy. Or maybe a different fast food chain? I can't recall. But I think McDonald's used to have a captain character. [...] Googling it reveals that, yes, it's Captain Crook. "The character is comparable to the Hamburglar, the difference being that this villain does not attempt to steal hamburgers but instead tries to take as many Filet-O-Fish sandwiches as possible."
LOL. 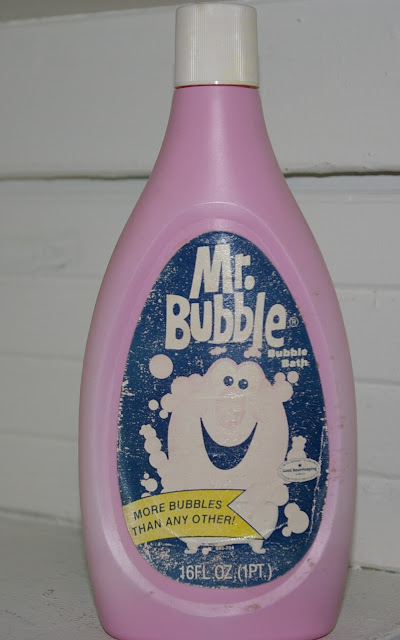 This is one of the larger "why the frick do I still have this?" items I got-- a vintage 80s Mr. Bubble bottle. I'm pretty sure Mr. Bubble is still on shelves, but the design has since been updated. I love this classic look from my childhood. 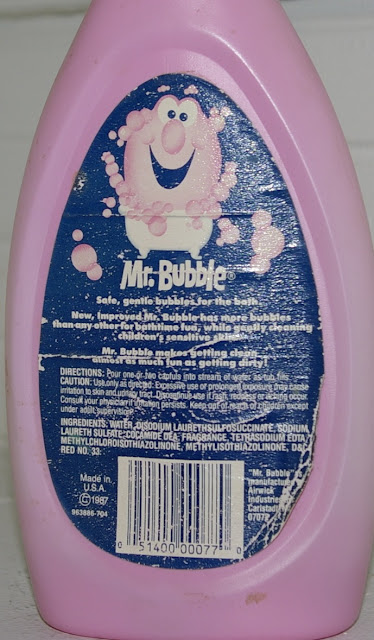 Copyright 1987. I should take more baths. These days the only times I take baths is occasionally when I'm staying in a hotel. Mmmm.. loves me a nice hotel bath...

Here's something cool from my high school days.. 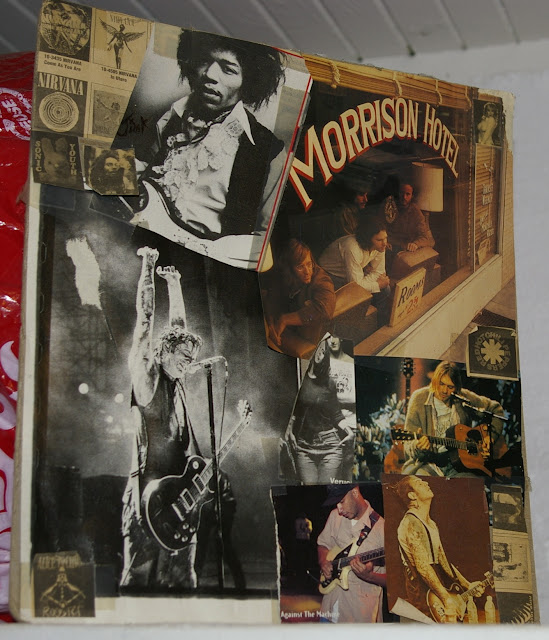 The base for this was originally a cover of an old binder, and I put this college up in my locker. Gotta be 1994/1995. I cut out pictures of artists I liked from Rolling Stone, Spin, etc. How many can you name?

I guess I'm stuck in my youth, as not only do I still collect baseball cards, but I still listen to these bands, though maybe not as much as I did in high school. 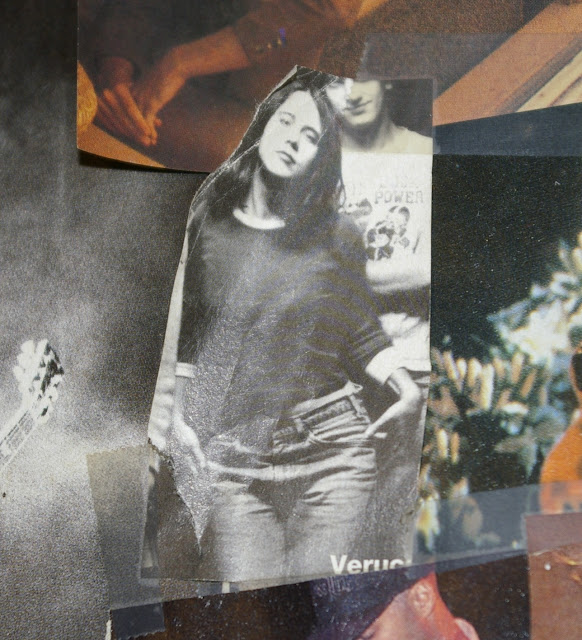 Here's an exception.. I never really liked Veruca Salt much, to be honest.. I just thought Louise Post was super cute. Tony Burbs recently revealed in his "Better Know a Blogger" interview that his cousin plays bass for Veruca Salt! That's pretty cool. 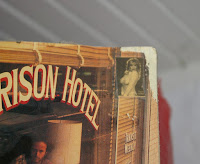 Speaking of pretty girls hiding out in this collage, eagle-eyed readers may have spotted a tiny NSFW b&w pic of the lovely Samantha Fox up in the corner. Boy, oh boy, she was something!
Here's who all's featured: Nirvana (several), Sonic Youth, Bob Marley, Jimi Hendrix, The Doors, Trent Reznor (Nine Inch Nails), Alice in Chains, Veruca Salt, Red Hot Chili Peppers, Kurt Cobain, Rage Against The Machine, Social Distortion, and more Nine Inch Nails.
Thanks for taking this trip back in time with me. That's all for today!
Posted by defgav at 3:43 PM