I recently swung a big trade with Matthew Prigge of the Summer of '74 blog. He was the lucky winner of a Twitter contest and had some sweet cards fall in his lap that didn't exactly fit his collection, so I was able to step up and work out a deal for some of them. Among the stuff going his way were the many leftover dupes from my setbuilds of '71 and '73 Topps, plus my '79 Ozzie Smith rookie (which I'm now on a mission to replace) and more. But no remorse, as Matt sent a box that was loaded like a freight train. 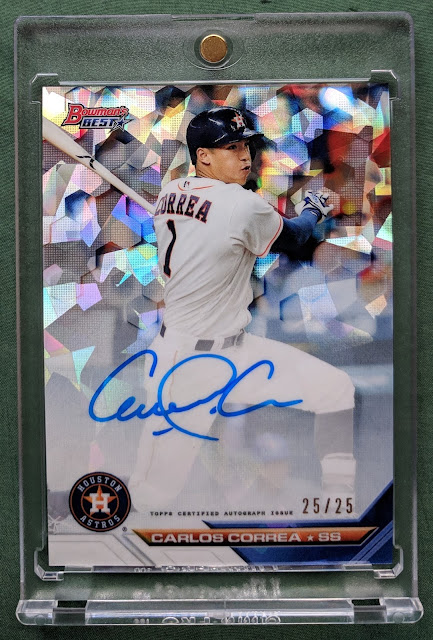 This beautiful Bowman's Best 25/25 atomic refractor auto is now the new best card in my decent little Carlos Correa PC. One bad mother, Correa is a great young player who was key in the Astros' championship run last year and looks to have an impressive career ahead of him. 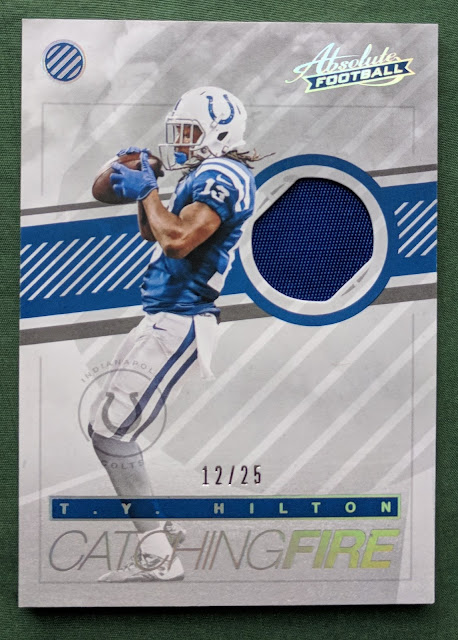 I don't know much about T.Y. Hilton, but Christmas Cards can make my motor hum. 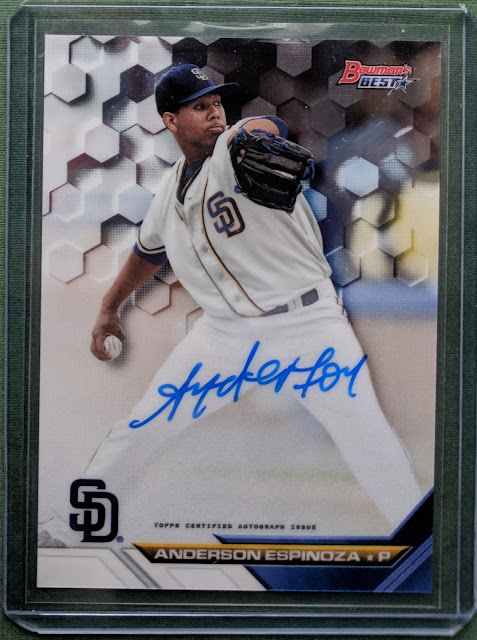 And the 3rd key card in our trade was this Anderson Espinoza Bowman's Best auto. I believe this is my 3rd Espinoza auto, all gotten from trades. Really hoping he comes back like a mean machine from Tommy John and makes his way up to Petco in the next year or two.

So those were the 3 cards I was expecting, but Matt was a generous fella and filled my cup with a bunch more bonus stuff just to be nice... 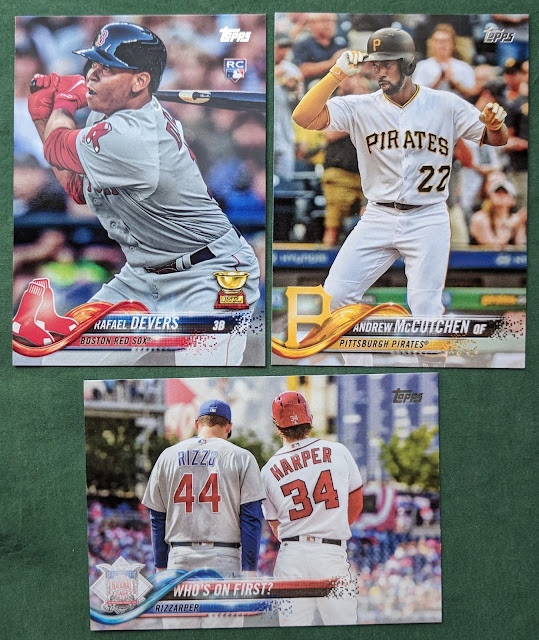 My first in-hand look at 2018 Topps! While I don't hate the design, I can't quite be arsed to actually purchase any myself, but will hope for trader buddies to fill PC needs here and there like this. 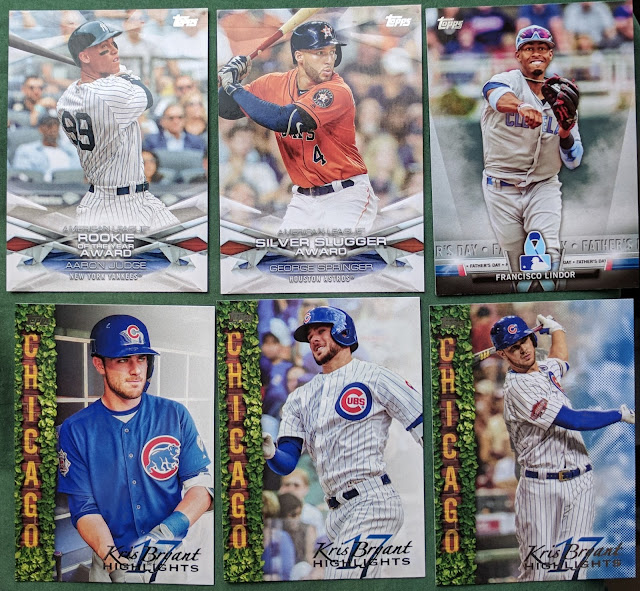 And some 2018 inserts too, featuring a lot of hot players like a Molotov cocktail with a match to go. 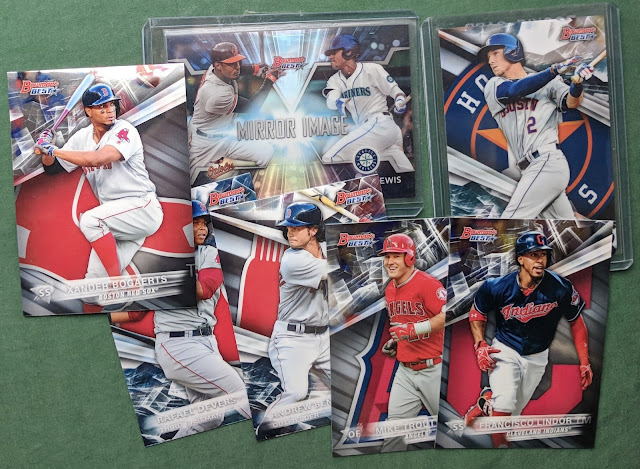 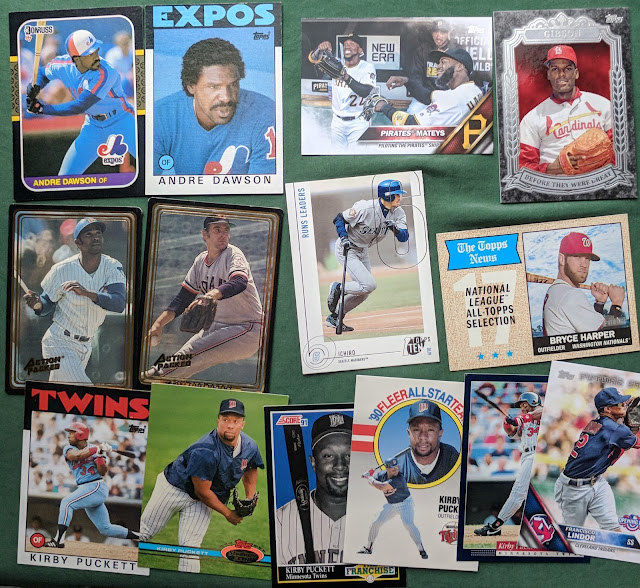 Bunch more guys I collect, including a nice Kirby lot and an Action Packed pair. 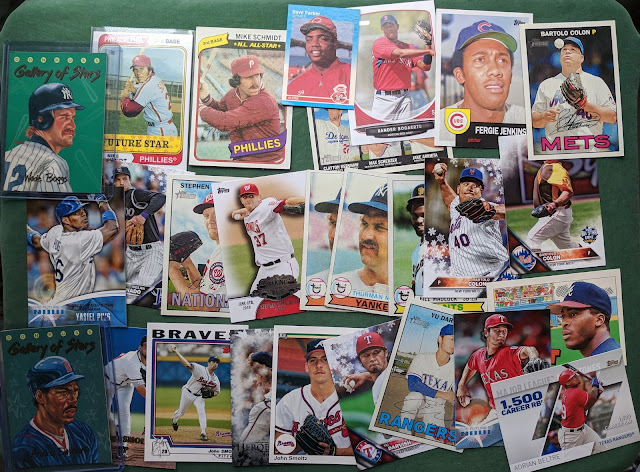 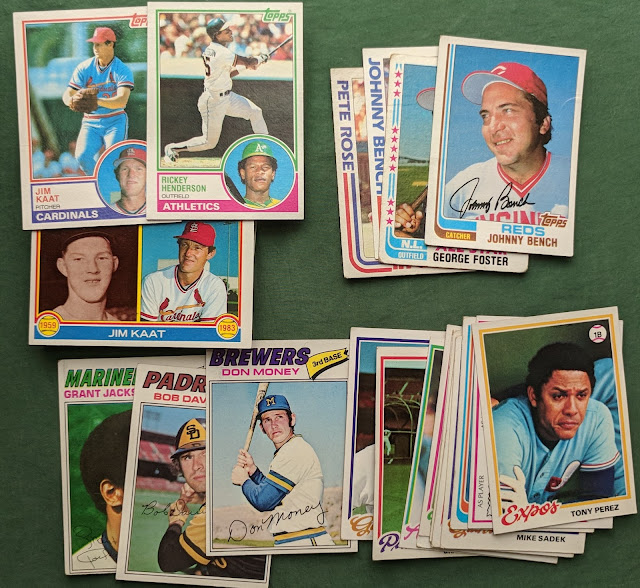 There was a decent lot of '83 Topps that included a Rickey I need for my setbuild, plus a couple Kaats for the PC. And some '82s, '77s, and '78s for those future setbuilds that I'll get serious about once I knock off a couple other current projects. 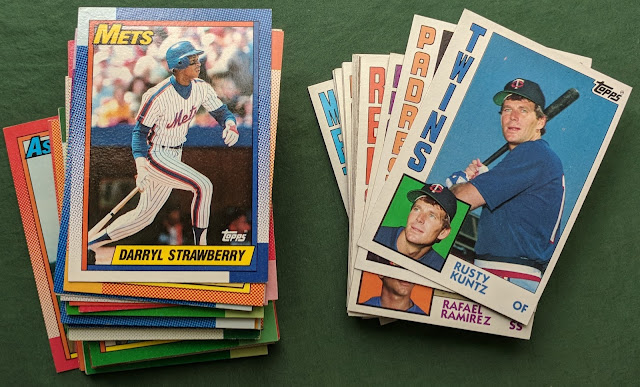 And Matt filled up the box with some '90 and '84 Topps... and cards are always better than packing peanuts (I threw in a few CDs to fill up the box I sent him). 1990 Topps is a set that I'd like to own one day, but I'd rather just buy a complete set for $5 rather than go through the effort to type up a wantlist and nickel and dime it to completeness. But between this and the lot from Bru a while ago, I'm probably about halfway there, so who knows. As for '84 Topps, I can see myself working on that at some point once I finish off the sets that I'm focused on at the moment, so this little lot is appreciated. (I'm thinking maybe a Topps run from '71 (skipping '72 and its tough high numbers) through '85 might be in my longterm sights.)

Huge thanks again for the trade, Matt! Great stuff! It had me flyin like an airplane, feelin like a space brain.