If you had been following along with early voting results, you know that Chipper, Vlad, and Thome were shoe-ins, with the only questions being could Trevor and Edgar hang on to their slim margins, and also maybe a long shot for Mussina to claw his way to 75%. 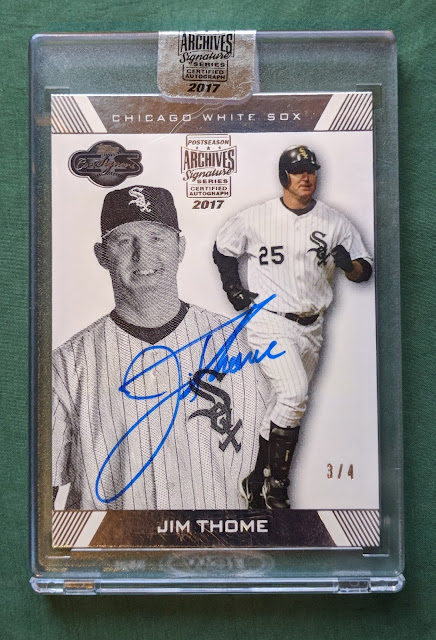 I had been meaning to snag a Jim Thome auto for a while now, and finally landed this badboy a few weeks back (actually my last card purchase of 2017, winning the auction on NYE). And yes, you're right, it's the "HOF vote percentage needed" eBay 1/1! LOL. Thome got well over the ¾ needed votes for a first ballot election.

But it goes without saying, I'm most happy about Trevor Hoffman getting the Call to the Hall (HOF, man). 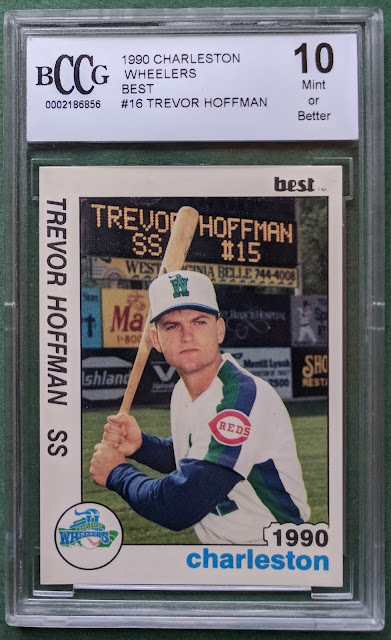 This is an old pickup I've showed on the blog before. Has there been another player in modern history who started his pro career as a position player, then converted to pitcher and eventually made the Hall of Fame? Or vice versa? (Dave Winfield was drafted as a pitcher, but went straight to San Diego's outfield from college.) 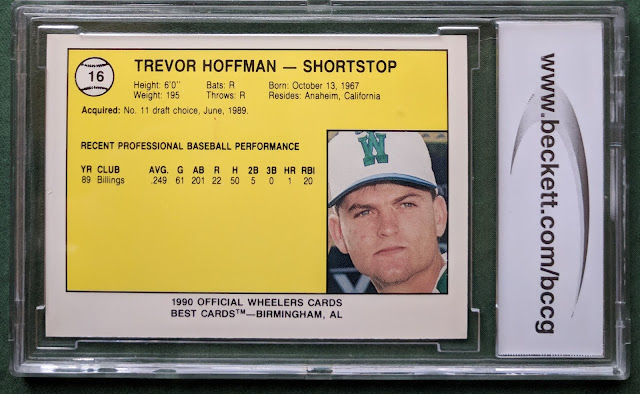 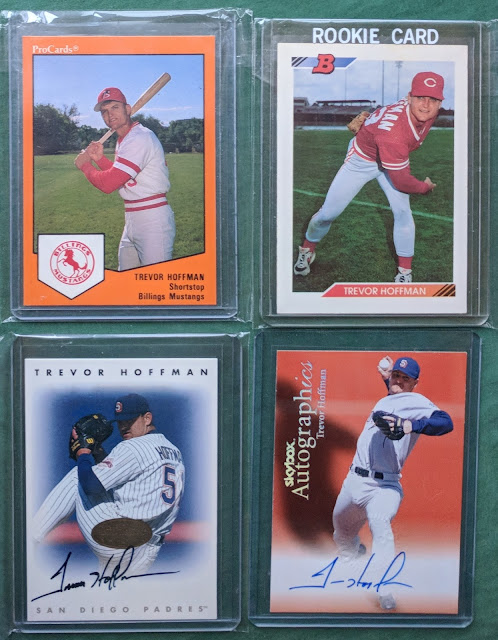 A few other highlights of my Trevor Hoffman PC.

His career synced up loosely with the height of my Padres fandom (and loyal game broadcast viewing), so I've probably watched him more than any other player in my life (I didn't get into baseball till 1990, so I missed many of Gwynn's prime years). It was always such a great moment when he came jogging out to the mound to "Hell's Bells" over the PA. So yeah, feels good to see him get that great honor today. 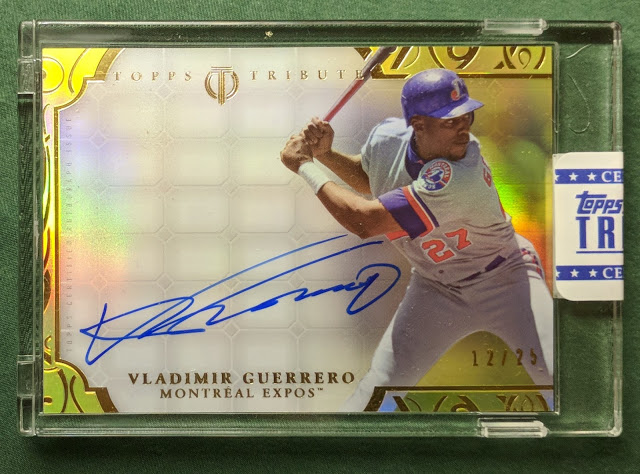 And of course I love Vlad, too. That guy was a beast in his prime. I really need to sort out my PC of his cards one of these days, so maybe that'll be an upcoming post. 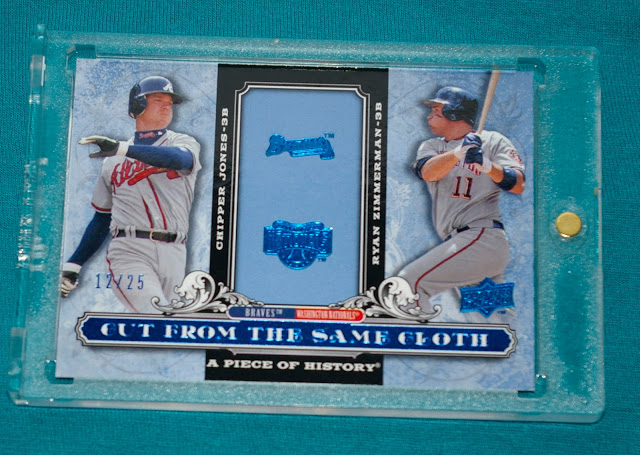 And congrats to Chipper Jones. Not a guy I collect, but don't harbor him any ill-will either.
Better luck next time, Edgar!
Posted by defgav at 3:28 PM