A David and Goliath mailday

I had a funny mailday yesterday. I received 2 separate cards. One, an expensive big-name certified auto I won on eBay, and the other a TTM of a little-known minor leaguer who's got a steep road ahead of him to ever crack the majors.

And you bet!, I was way more excited about the TTM! 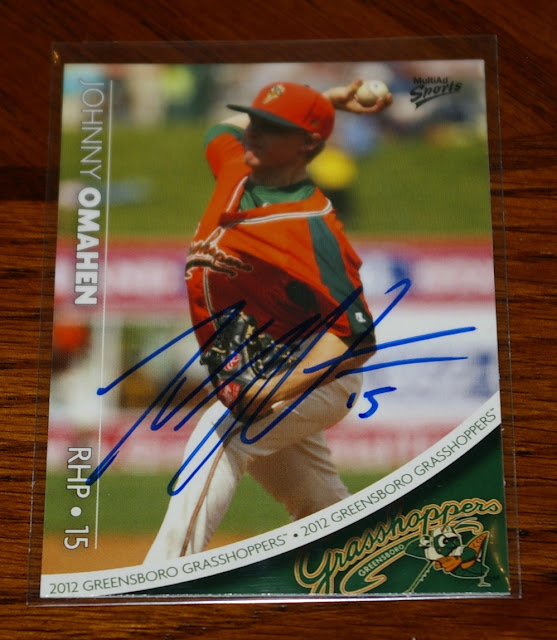 The first TTM request I ever prepared has returned successfully! Johnny Omahen's lovely autograph is a huge score for my Guys From Granite minicollection. I believe this brings my total up to 10 autographs of pro athletes who attended the same high school as me. (Ten different guys, that is. I have multiple autos of some of the 10.)

This return took about a month and a half. As I mentioned before, he was promoted to AA right around the time I mailed off the request, so that might've contributed to the delay, but 45 days isn't bad at all. There was no postmark on the envelope, so I'm not sure where it was mailed from.

I'm now 3-for-3 with my TTM requests, joining the other two that were prepared later but returned sooner. Part of me wants to retire with this perfect percentage, but I'd also love to try some more.

Ok, and now for Part 2 of this mailday: 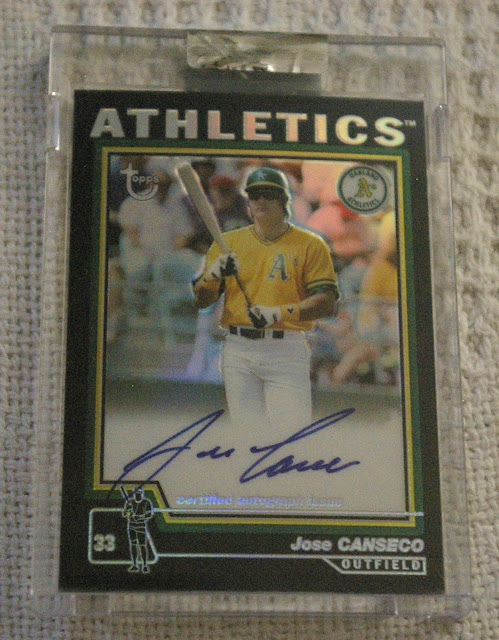 Jose Canseco 2004 Topps Retired Refractor Autograph. Jose still has many diehard fans out there who fondly remember his Bash Brothers days at the top of the Hot List. A guy once told me this card is considered a major white whale for many Canseco collectors, so I knew I'd have to be competitive if I wanted to win the auction, and sure enough, I ended up spending more than I did recently on the Nolan Ryan auto from the same set. Yikes! But that's one very tough card down in my quest, so I'm happy about it.

While I've never been a huge Canseco fan, I must admit I've quietly started a little PC for him.. part of an overall goal of one day getting every baseball player who guested on The Simpsons into my Hundred Card Club.

So yeah, while I was glad to get the Canseco, it was the Omahen TTM that really had me overjoyed. I even did a dorky celebratory jump! 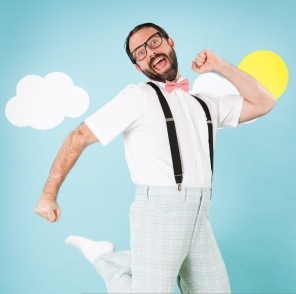 That's the sign of a truly great mailday!
Posted by defgav at 3:56 PM