I placed a small 11-card order on Just Commons last week. I still got over the free-shipping minimum limit (recently raised from $10 to $15), however, since all the cards I bought were in the $0.75-2 range. I probably should have picked up a few various "dimebox" cards while I was at it, but I guess I was being impatient.

I was very excited to find not 1.. not 2, but 3 different Eric Owens autos in the "$2 autos and relics" section. I had scrolled down quite a ways with nothing catching my eye till these perked me up. 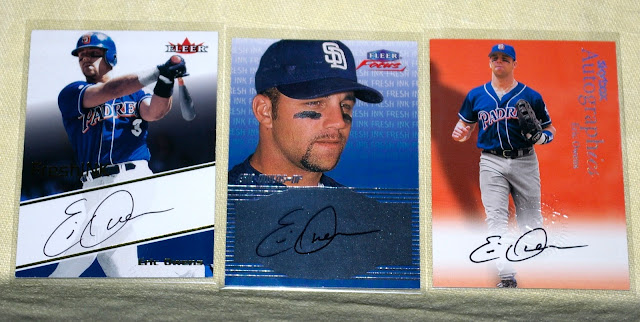 Love Eric Owens. The only auto I had of him previously was a minor league card (and also a Topps contract) featured last O'Wednesday, so these are my first autos of him in a Padres uniform. I've made the comparison in the past to Bip Roberts.. a guy who might not be a big name to most baseball fans, but he endeared himself to San Diego faithful by being a sparkplug who always played hard and made things exciting even when the team was bad. 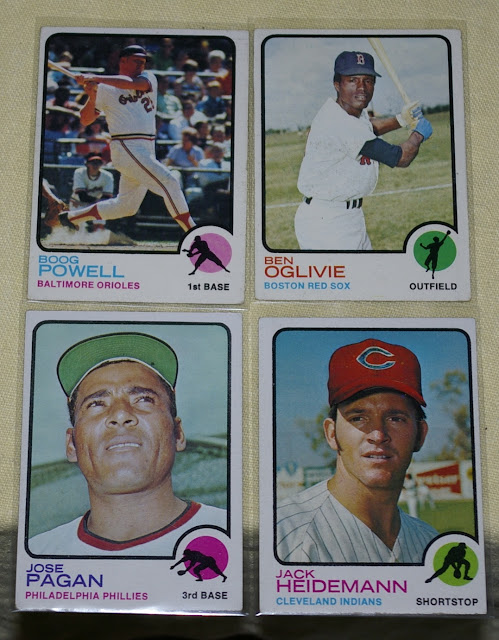 Thanks to picking up the Boog and Oglivie, the lowest number I'm missing now is 410 Willie McCovey (not counting the Stan Bahnsen border error variation). (I actually have a blank-back McCovey, but I'm not counting it as part of the set.) At a hair over 89% complete, this project is coming along nicely. I'll keep pecking away here and there, and should hopefully finish within a year or so.

The remaining 4 cards from my JC order will have to wait for a future post. But hey, since we're talking about vintage sets I'm working on, here are a few 1971 Topps cards I just received from my vintage trader bud Kevin G: 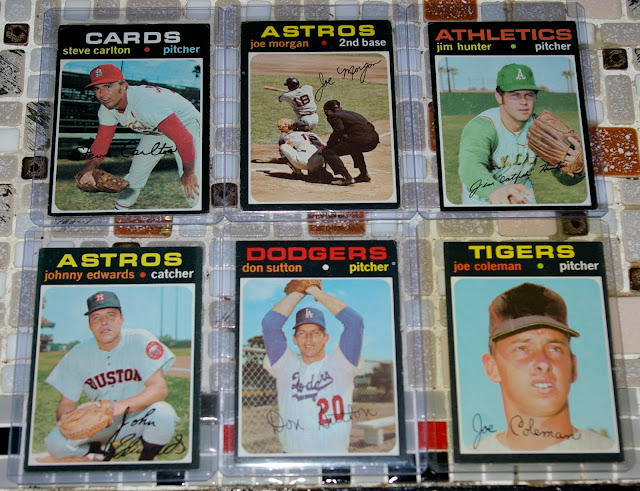 Lots of starpower here! In very nice shape, to boot. Gotta love that Lefty. And that's an interesting action shot on the Joe Morgan from an angle you don't see on cards very often (the elusive "no face / triple butt shot"). Thanks as always, Kevin! After these key additions, I'm now at 74.6% complete with that set.

p.s. It's Pull-Tab Awareness Week! Remember to always make pull-tabs when taping cards for shipping.
Posted by defgav at 4:00 PM