Big card-day for me today! First I had likely my best card show ever.. scoring big chunks of vintage for my setbuilds 73, 71, and 65, plus much more. Stay tuned for posts on that stuff this coming week.

I also received some great cards in the mail once I returned home. Let's look at one of them now.. 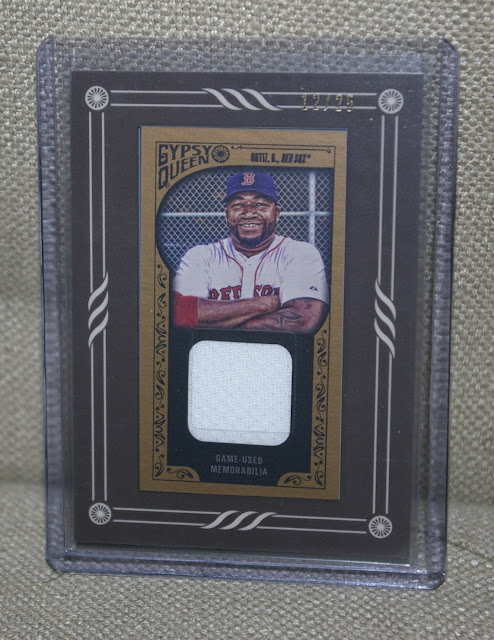 Keeping my string of posting 12/25 cards on the 25th of every month alive!

This card represents a big triumph for me. I had been sitting on 99 different David Ortiz cards for a while now. I wanted to knock him off my wantlist with a great "final" card to put him into my Hundred Card Club.

This particular card fit the bill.. I already had an auto, a "David Arias" rookie, a relic or two, and even a printing plate, but I didn't have a Big Papi Christmas Card. It popped up on Listia with a hefty Get It Now price. I didn't have enough credits, but I wanted it, so I pulled a few good cards out of my tradebox to put up on there to sell and raise credits. But just as I was getting within spitting distance of the goal, somebody else snatched it up with the Get It Now out from under me. I was crushed.

Then a couple weeks later, the same card popped up on eBay at an opening bid that I'd consider less than what it fetched on Listia (though the conversion rate between dollars and Listia credits is ever tough to pin down). I won the eBay auction as the only bidder! So it went from being a huge disappointment for me, to an uplifting tale of salvation. 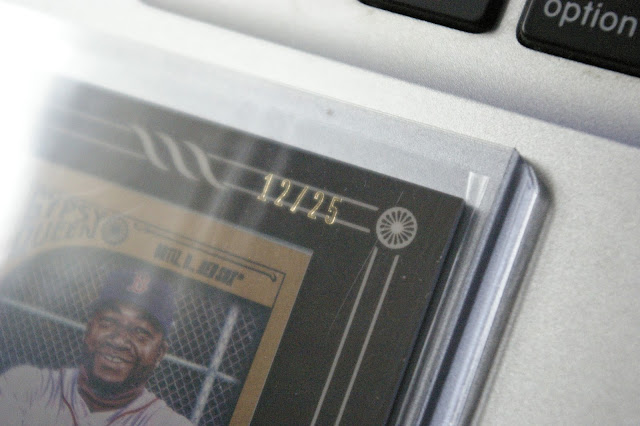 Hurray! David Ortiz is off my wantlist in style.
Posted by defgav at 4:52 PM