Sentimental Sundays continues this week with some more childhood crap I dug up.
Like last time, let's begin with a ticket stub. 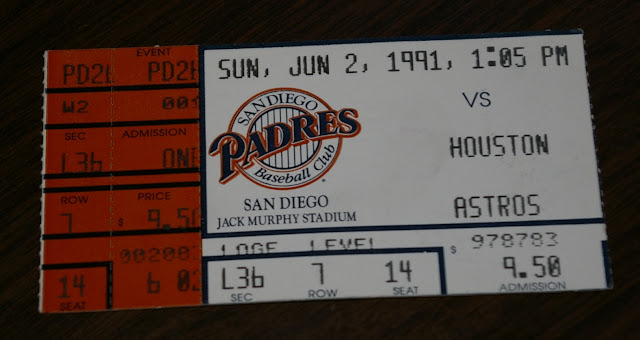 Unlike last time, this ticket has clearly been used, so there's little doubt I did in fact attend this contest, though I have no specific memory of it. Funny that the opponent is once again the Astros. Also just like last week's ticket, it was a Sunday afternoon game.

Looking up 6/2/91 Pads vs. Houston on baseball-reference... hurray, San Diego was victorious 3-1! Starting pitcher Adam Peterson (never heard of him) combined with relievers Mike Maddux and Craig Lefferts on a 2-hitter. Houston's 2 hits both came off the bat of future-Friar Steve Finley. Damn you, Steve! Were it not for you, the Padres might have thrown their first and only no-hitter! Maybe then the name Adam Peterson would be revered in San Diego instead of completely forgotten.

Anyways, the Padres fielded a classic lineup that day, featuring Bip in center, Gwynn in right, and Benito behind the plate. Toronto imports Tony Fernandez and Fred McGriff anchored the infield. Benito went deep and Gwynn had a pair of hits. Among the hitless Astros were Biggio, Bagwell, Caminiti, and Luis Gonzalez. Another notable name I got to see in person that day (assuming we didn't leave too early) was Curt Schilling, who finished the game for Houston with 1.2 scoreless innings in relief.

Ok, now here's some more random crap from my childhood that I've held onto. 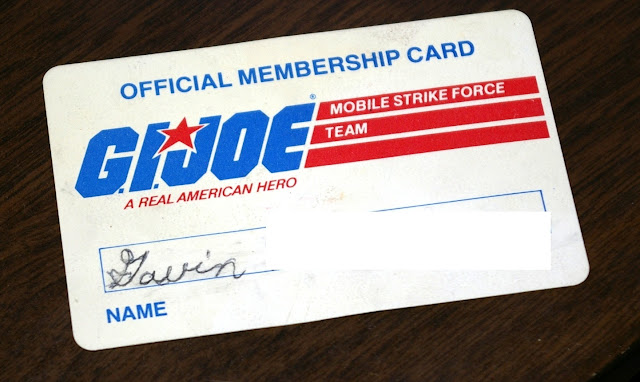 Oh look, I'm an official member of G.I. Joe! Jealous? No expiration date, so it's still valid, one would imagine. I should probably start peppering my everyday conversations with "Yo Joe!" (Expect GI Joe stuff to be a staple of these Sentimental Sundays posts.. that was my favorite toy as a kid.)

Here's a pair of 3-D glasses. Remember these? I still haven't seen a modern-day 3-D movie, but it's my understanding that 3D technology has improved and they no longer use the blue-red method, right? This is a cheapo pair of "glasses" (you need to hold them up to your eyes) that I got from a special issue of National Geographic. I remember that issue.. it had some cool 3D pictures of the surface of Mars n' stuff like that. It was pretty neat. Don't think I kept the magazine, though. 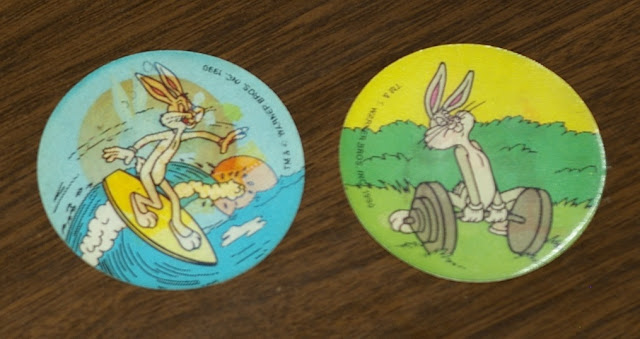 We end this installment of Sentimental Sundays with a couple... um, pogs, maybe? They're a little bigger than a standard pog. But yeah, these are a couple lenticular Bugs Bunny discs that appear to be dated from 1990. Not sure where I got them, but probably a food product freebie or fast food kid's meal (I'm guessing Wendy's). Kinda neat, but I have no idea why I held onto them other than my ingrained "collector" mentality. I was never a huge Looney Tunes fan or anything. Anybody want these? I'd be happy to throw them in free with a card trade.