George Brett is widely regarded as one of the greats. He doesn't have as many autographs on the market as his contemporaries, so they can often command somewhat of a premium.

I had been casually wanting to pick up a Brett auto for a while, and last weekend I put in a Best Offer on one that got accepted for a couple blasters' worth. Sweet! 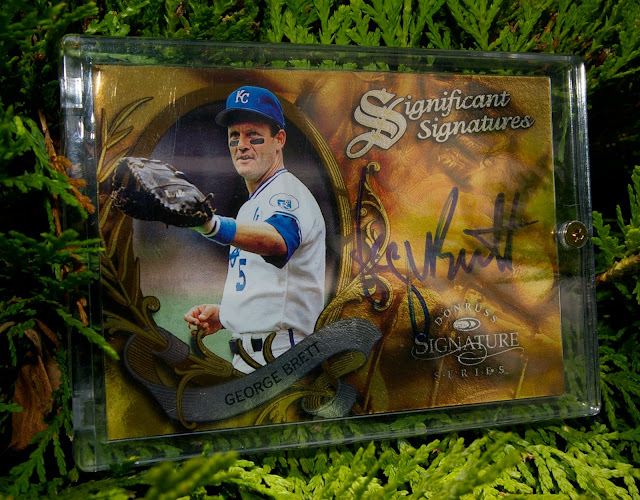 It's on-card and fully licensed, a couple key selling points for me. The scan in the auction looked like crap, but I was banking on it just being a deceptively bad scan due to the fact it's a foil-heavy card. Happy to say that was indeed the case, and the card looks great in-hand. Very happy with it! 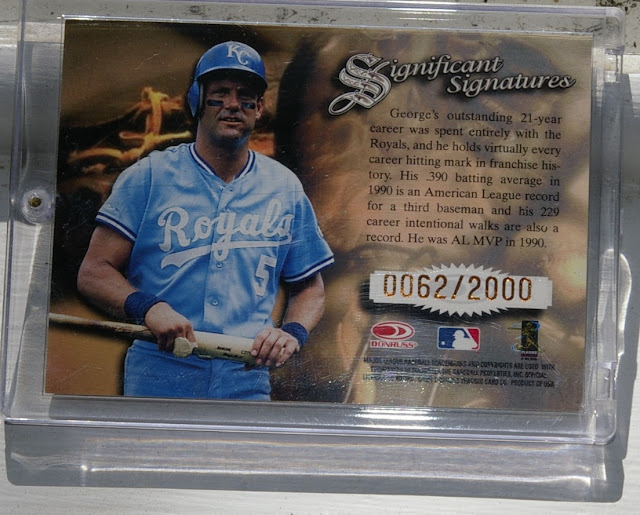 As far as "eBay 1/1" significance to the number 62, I wasn't able to come up with anything too cool except for the fact that the day I received this card (yesterday, 7/16/15)... George Brett's age was 62 years and 62 days old. Trippy! So that's nothing that'll raise the market value any, but just a cool little easter egg for me personally from the baseball card gods.

Would love to get him into my Hundred Card Club one day, but I'm only about a third of the way there. I guess he's never been a main PC guy of mine, but I've always appreciated his cards. He's got somewhat of a colorful history, what with the pine tar incident, the story of pooping his pants, the whispered rumors that he was a switch-hitter-wink-wink. But he's a fun guy to collect.. batting .3-freaking-90 in 1980. (Did you spot the error on the card back? They said he hit .390 in 1990.) An MVP award in 1980 (Again, the card erroneously states his MVP year was 1990) Three batting titles in three decades. World Championship in 1985. Knocked 3,154 lifetime hits. First-ballot Hall of Famer with 98.2% of the vote. Quite a career! 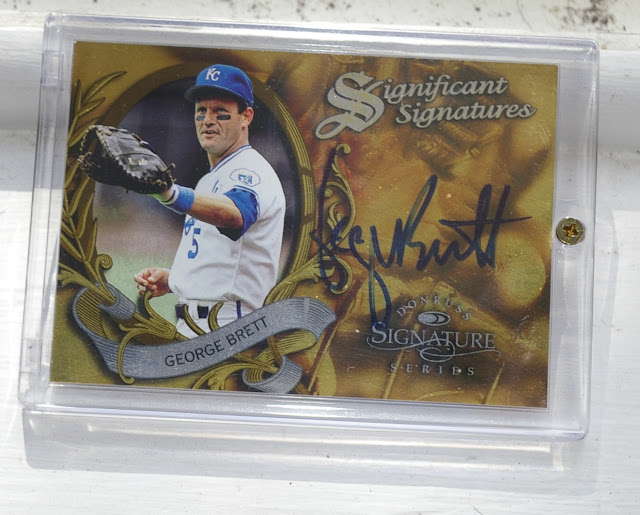 Now that I've got his auto, the key card in my crosshairs for my George Brett PC is his 1975 Topps rookie. I might have to throw in a few low bids soon and hope I get lucky on one.

Have a great weekend, everybody!
Posted by defgav at 3:57 PM