Chugging along with a big 57 rookie and some Twitter trades

The other day I celebrated getting a raise by picking up a 1957 Topps Roberto Clemente. And this was hot on the heels of splurging on a '57 Ted Williams with motivation from a 20% off eBay coupon code. The same day I got the Clemente, I threw a bid on a Frank Robinson rookie and ended up winning it for a solid price. 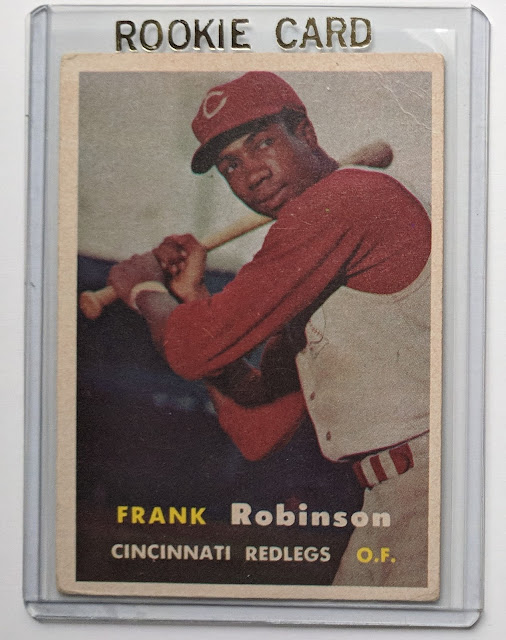 Love it! Not in perfect condition, but good enough shape to where I doubt I'll ever worry about upgrading it. The "Underrated Hall of Famer" Frank Robinson has always been a guy I liked and had a small PC going for, but never really collected him too hard. Who would have thought I'd eventually end up owning his rookie card. Pretty neat. 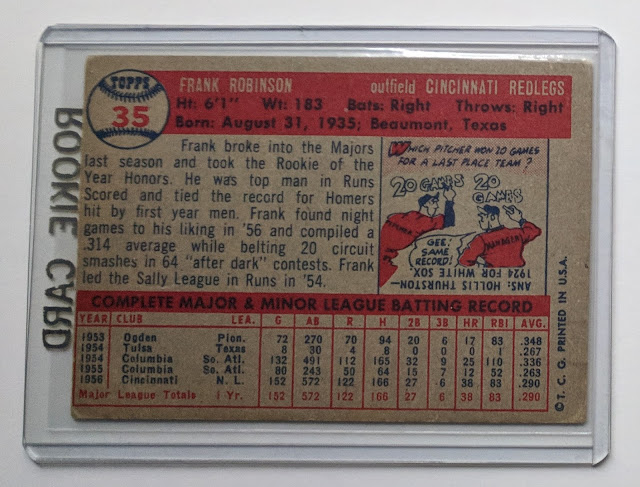 I'll likely cool it on picking up more big names for my '57 set for a while now, but I do have a bunch of commons on the way via a pending COMC order and a recently agreed-upon trade. 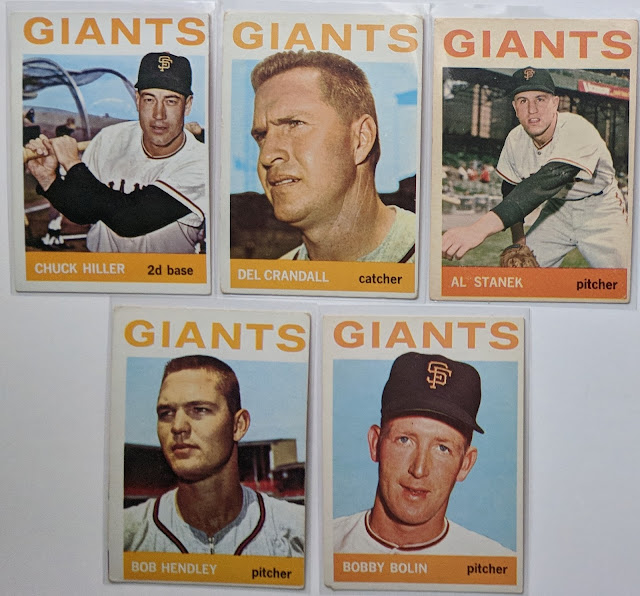 The other vintage set I'm focused on at the moment is '64 Topps, and I recently got some surprise help there through Nick Vossbrink, whom I became familiar with on Twitter (@vossbrink), though he's also a blogger (NJWV). He's got some interesting insights, so be sure to check his stuff out if you haven't yet. He's a Giants collector, and had some '64 dupes that needed a home. He also knows a lot about photography and printing, so he could probably give you a good explanation why these cards have varying orange/yellow tints. 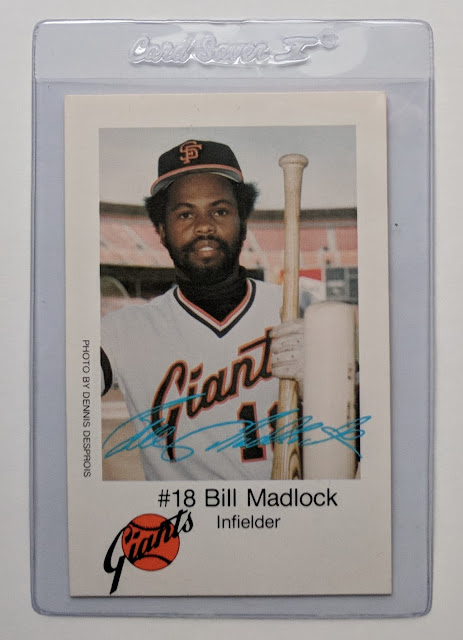 Nick also hooked me up with this glorious Bill Madlock oddball. I little research reveals this card as part of the 1979 KNBR San Francisco Giants San Francisco Police set. 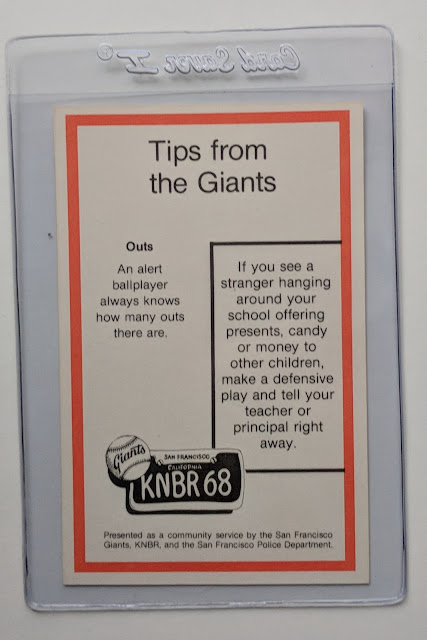 And here's the back, if you were curious. It's a bit taller than a standard card. Nice addition to my Mad Dog PC.

Thanks, Nick! Dropped a little thank-you package of cards in the mail for you today.

Last thing to mention today is a 2-card PWE via Twitter. 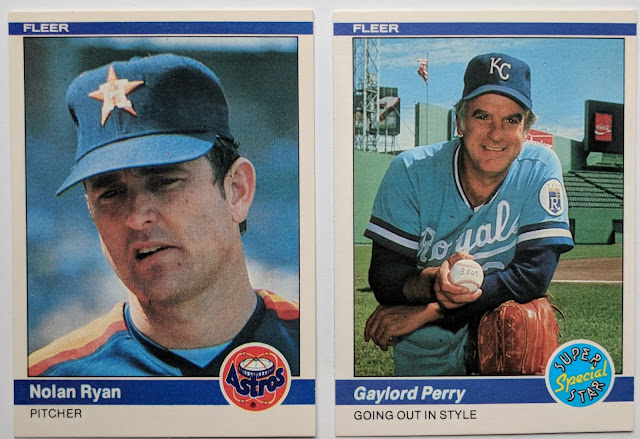 Tim (@MaxxPower68) kindly got in touch with me regarding some of the last remaining '84 Fleer cards I needed. Even though I struck out finding a good return for him quite yet, he went ahead and sent Nolan and Gaylord my way for future trade considerations. Very nice.. Thanks, Tim! He's currently working on '84 Donruss (a set I hope to get cranking on soon) and is a big Rams fan, so consider reaching out to him if you've got some such cards to trade.

Anyways, now I'm only one last card away from completing '84 Fleer (Rickey), and I think I've got that on the way from a friendly reader named Fred (he says it was mailed today).. so I'm hoping that shows up soon and I can put this set to bed.
Posted by defgav at 4:24 PM