a nickelbox haul not for the faint of heart

Ready for more card show pickups? Here are a couple bucks' worth of nickelbox cards. 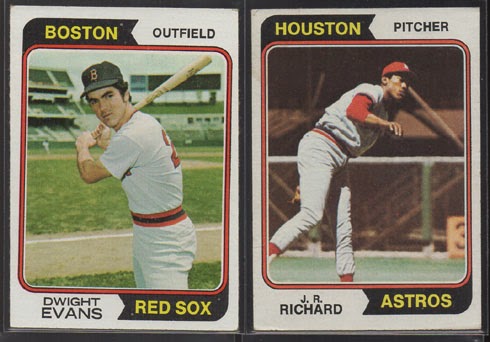 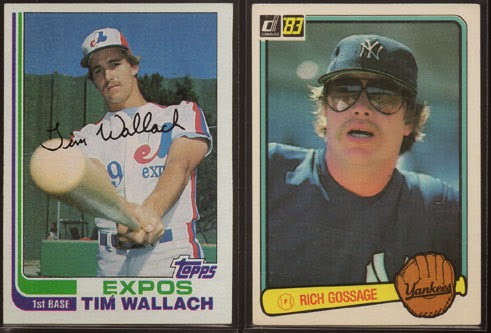 I already had that classic "bat-barrel" Wallach rookie, to be honest (pack-pulled by me back in the early 90s), but I had the crazy notion to start collecting every copy of every Tim Wallach card ever. Two down! As for that Goose, how the fudge do I not remember heretofore ever seeing this epically ugly card?! Let's take a closer look at his dying-fish face, checking out the reflection in his glasses.

Sorry for doing this to you: 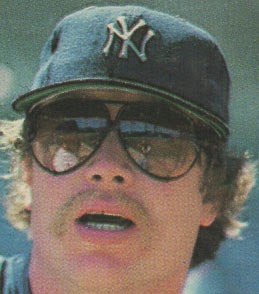 Our left (Goose's right) seems to have another player standing near, and on the right is the photographer snapping the infamous shot. Meanwhile, Goose is pondering how long he can survive out of water. My god! Somebody at Donruss in late 1982 was looking through photos of Rich Gossage and said, "Let's use this one." I hope he refuses to sign this card. 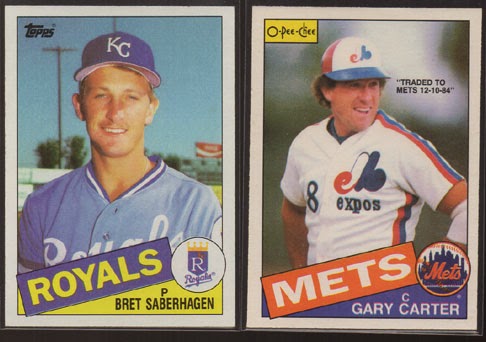 1985 is represented nicely with a Sabes RC and Gary Carter OPC with the ever-desirable bonus updated text. 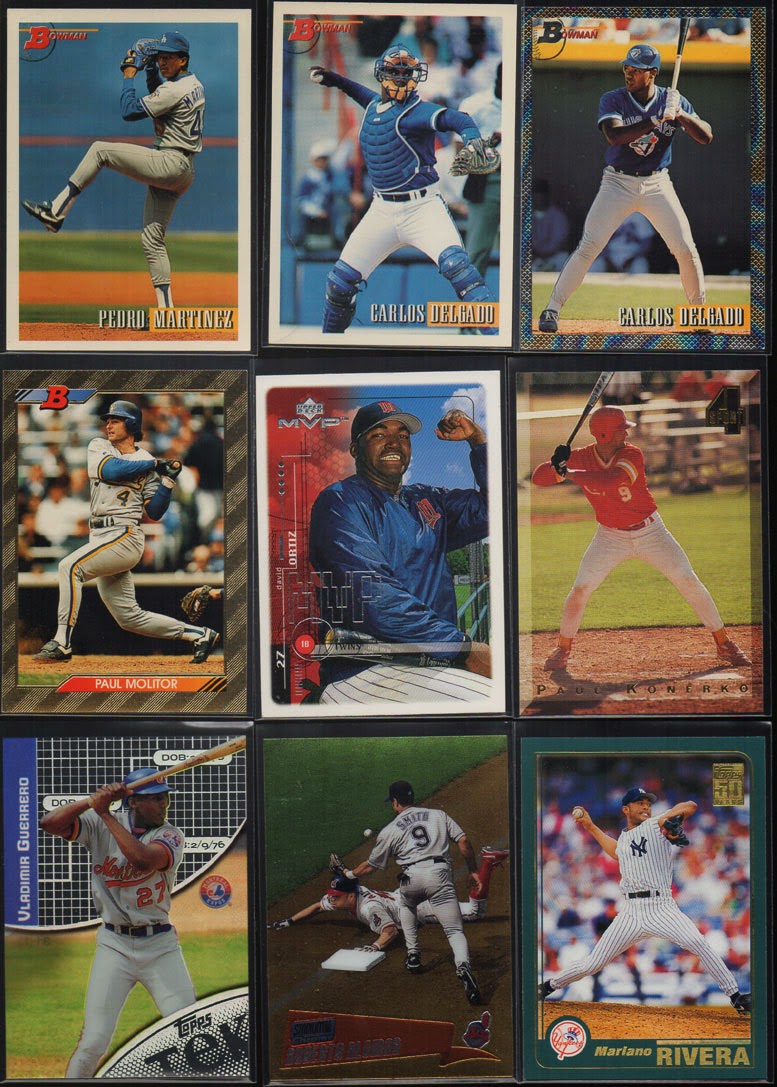 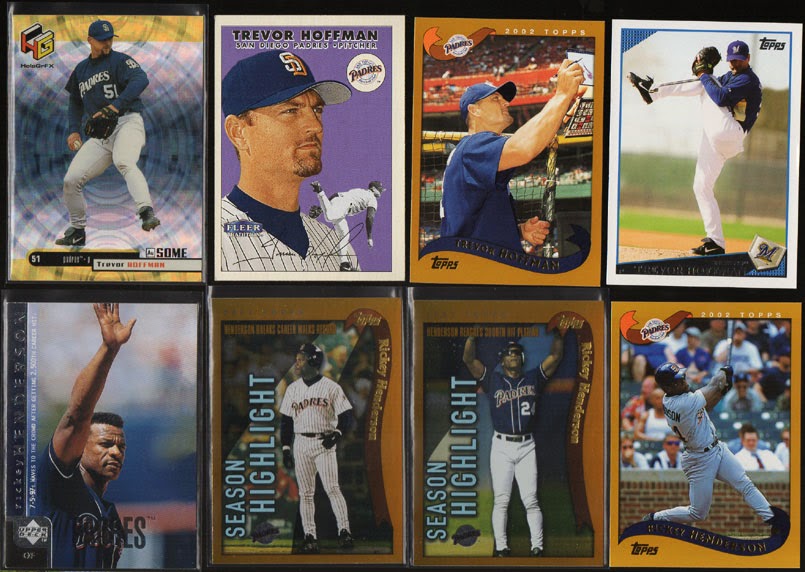 Four Trevors and four Rickeys. All Padres cards except one Brewer (which I see as a plus, since I had few, if any, Trevor cards from his late-career stint in Milwaukee). It took much restraint not to make that Holographix card into a gif. Sorry, guys: I've done a lot of "refraction action" gifs over the past couple posts. Gotta leave you wanting more! 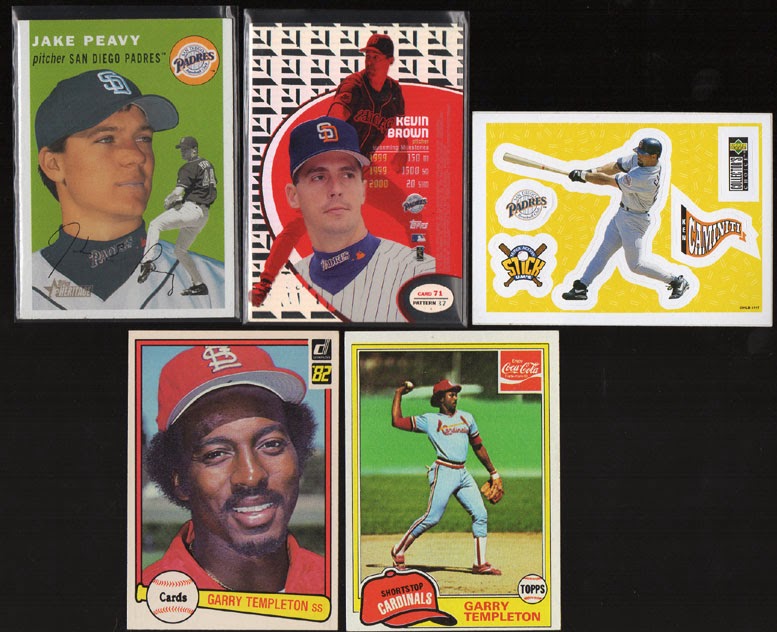 Here are some more Padres and a couple pre-Padres Templetons. 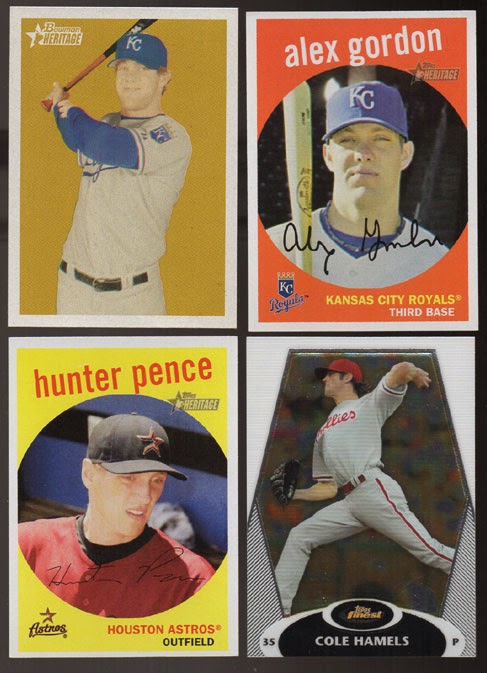 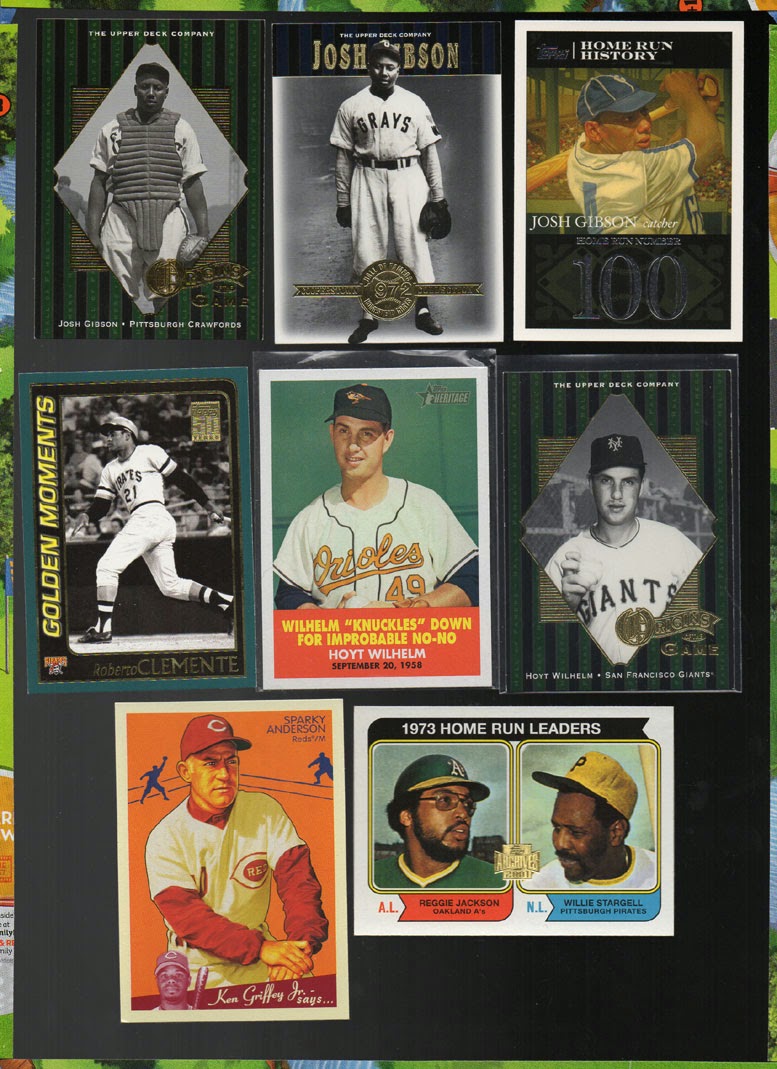 We close out today with a scanner-full of old-timers. A trio of Josh Gibson cards. Clemente. A couple Hoyts. A Sparky. And an Archives reprint of Reggie and Stargell.

Sorry again about that Goose closeup. I hope it doesn't haunt your dreams for too long.

That pretty much wraps up my haul from last Saturday's card show, though I still have a bunch of cards I got specifically as trade bait (or failing that, Listia fodder), so stay tuned for that soon.
Posted by defgav at 3:58 PM