Two of my favorite free-time activities are card collecting and music making. In recent years, I've been gravitating more towards cards, and neglecting my instruments. So I got this idea to combine my two main hobbies and rekindle some creativity for me on the musical side.

Basically the idea is taking a baseball card and putting it to music.

I'm a very amateur musician, so don't be expecting any awesome, epic rock operas or anything along those lines. In fact, most of these will be simple 1- or 2-minute ditties with me reading the little write-up on the back of the card. I'll do my best to make them sound different from song to song, so even if one isn't to your musical taste, you might still like a different one.

Let's kick out the jams starting with one of my favorite cards ever, one that I'm attempting to collect an entire binderful of: Marquis Grissom 1990 Upper Deck.


Sure, it's rough and sloppy, but in my defense I'm playing every instrument and doing all the vocals.

So there you go, baseball cards turned into songs. A fun songwriting/recording exercise, melding two of my hobbies into one. Every once in a while I'll post up a song on the blog for you guys to listen to if you want. It would also be greatly appreciated if you could show some social media support (Fiberoctopus is the name I record under) by following on Twitter, liking on Facebook, and/or subscribing on YouTube. I know it's not great, but be a pal and throw me a bone!

In fact, screw it, I'm not above resorting to contest! bribery to give a helping hand in expanding my "fanbase" a little. Hey, I understand your time is valuable so I'm giving you some extra motivation to take the few seconds to click a link then click on "Follow", "Like", and/or "Subscribe".

So yeah, let's have ourselves a contest. I've restocked my prize pool with a few available autos.

For a shot at winning your choice of any two (2) of the above lots of your choice, just help out Fiberoctopus by following on Twitter, liking on Facebook, and/or subscribing on YouTube, then leave a comment on this post. You don't have to follow on all three places, but at least one, please. If you are not registered on any of those sites, I will also accept if you carve "Fiberoctopus Rocks!" on your cave wall using primitive tools you've crafted from stone and mammoth bone.

And don't worry, I only post as Fiberoctopus like once a week (I usually share a new song every Friday, and that's it), so I won't be clogging up your feed.

Bonus magnet cards! The other day I showed off some cool custom magnet cards. I'll be offering a few of these as bonus prizes. 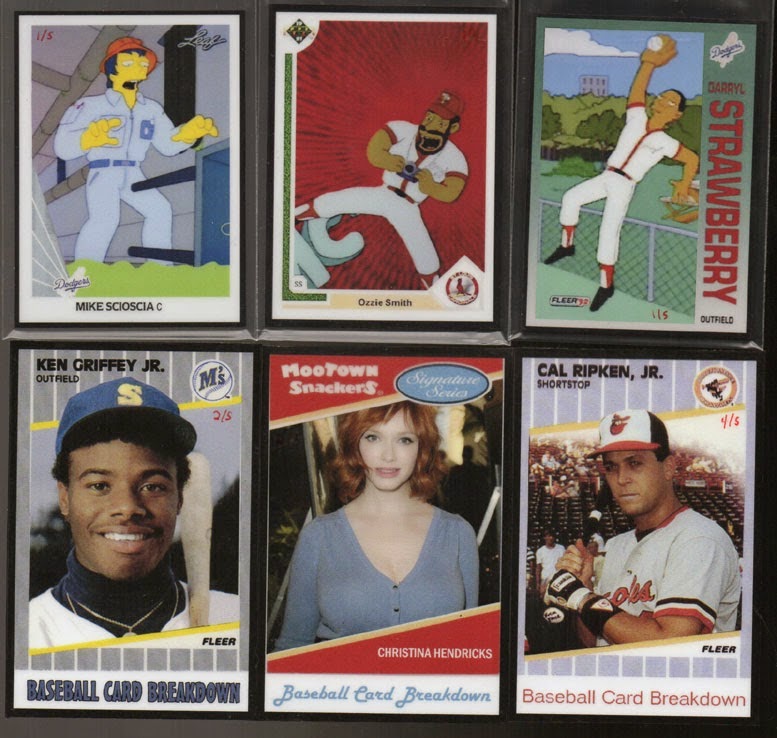 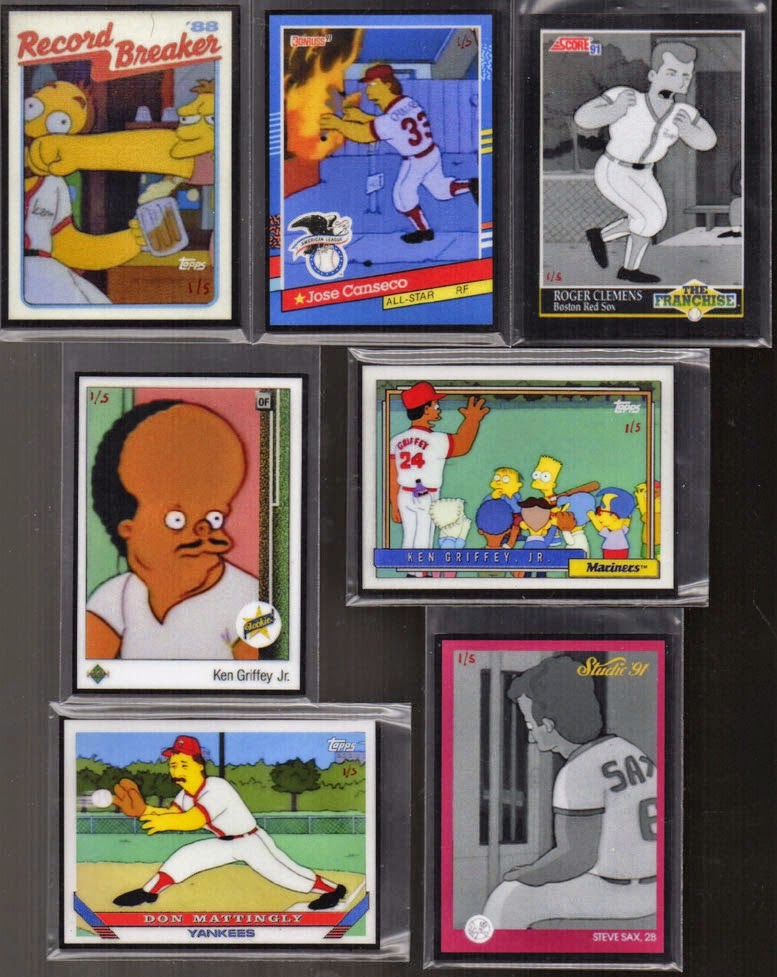 First of all, the Grand Prize winner can pick two (2) bonus magnets to be included along with his or her two selected auto cards.

If you go "all in" and complete the 3 goals above, let me know in the comments and after the Grand Prize winner is crowned, I'll do a separate side drawing for these determined individuals wherein the winner will be able to chose two (2) magnet cards.

If the person who happens to win the Grand Prize went "all in" and did all the above, they will win a complete set of magnet cards along with the 2 autos they select.

Possible "stretch goals" bonus contest. If Fiberoctopus hits the magic number 100 at either of the three sites (so, 100 followers, 100 likes, or 100 subscribers) by the end of this contest, that'll trigger a "second chance" drawing wherein the winner will get to select a remaining auto from the pool and win a complete set of magnet cards.

Some small print:
- Due to the heavy weight, the encased autographs and magnet card offers are only good for US residents. Sorry, non-US folks!
- Limit one (1) of each magnet card per winner. I don't want any one person cleaning out all the Canseco magnets, for example.
- Yes, if you don't have a blog or an account on some of these social media sites, you're at a disadvantage for bonus magnets. Well, let it be your motivation to start a blog and sign up for those sites!

Hopefully this isn't too convoluted!
Simply put, you can win some stuff from me if you comment on this post and show some love to my crappy musical alter ego Fiberoctopus.
Sorry for the blatantly self-serving contest that has very little to do with baseball cards.

Wait, I suppose I should probably plug Fiberoctopus a little more here, so here're a few more songs to check out:
"Into the Moonlit Waves" is a decent instrumental. "all my dreams are dead and gone" is an old favorite (Oh, I should warn you my songs sometimes have bad words). Here's a recent acoustic Ramones medley.

And now some videos. Here's a fun song from a rehearsal when Fiberoctopus was a real band for a while a few years ago (w/Karie on vocals, John on drums):

This one is a dumb little animated short I made a few years back:


And if you like any of that, I've got a bunch more mp3s available for free at fiberoctopus.com

Anyways, back to the contest(s)..

I'll give it a week or so for people to enter, then I'll randomize to assign numbers and randomize again via an upcoming sporting event to pick a winner, like I like to do. And for retention purposes, I'll probably do a second-chance (third chance?) contest a little ways down the line where entries from this contest might be carried over.

If you win, which autos and magnet cards do you think you'd probably pick?
Posted by defgav at 4:28 PM