Last call for the Fiberoctopus/auto/magnets contest! If you haven't entered yet, get to it. I'll most likely close it up to new entries sometime either later today (Saturday 3/14) or early tomorrow and we'll pick some winners.

But I think I'll go ahead and cut off any additional "all in" bonus entries now. As far as I can tell, the guys to go "all in" were Daniel Wilson, Jupiterhill, and Fuji. Did I miss anybody? (Again, going "all in" is where you've followed Fiberoctopus on Twitter, Facebook, and YouTube, plus also tweeted or retweeted the contest, and pimped it on your blog.)

Well, back on the contest post, I mentioned my Marquis Mania project and even recorded a little song for the card. I'm working on a ridiculous goal to fill up a binder with 1000 copies of Marquis Grissom's 1990 Upper Deck card. So let's check in where I'm at with that ongoing project. 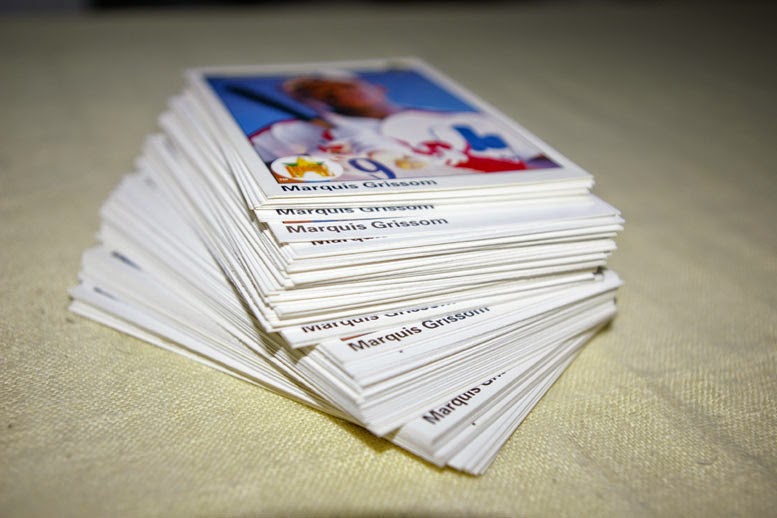 I had a fat stack ready to be paged, accumulated over the past few months. Typically if I'm doing a Sportslots order, I'll look for sellers with several copies of the card, and try to work up an order from them. Or if I'm getting other cards from a seller, I'll check if they've got any copies of this card for me to throw in. That's the main way I've been adding Marquises lately, though I also check eBay for cheap lots from time to time, and once in a while am lucky enough to get a copy or two in a trade package. 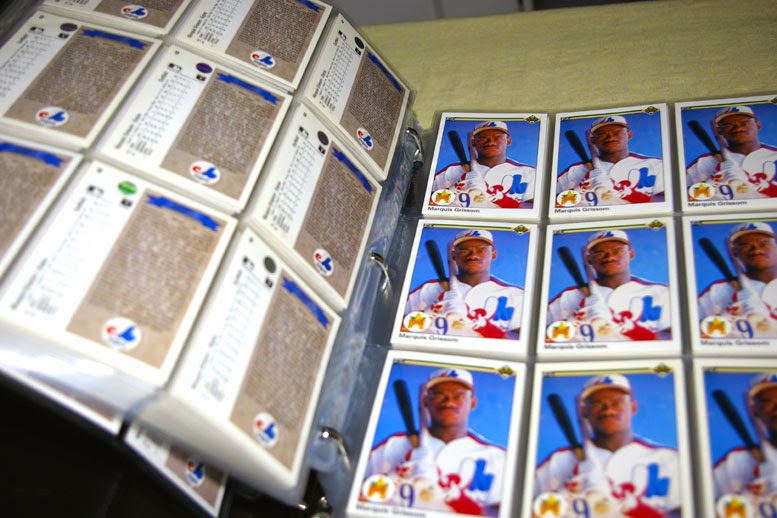 After a soothing, therapeutic session of paging cards, I ended up with a total of 311 cards in the binder. 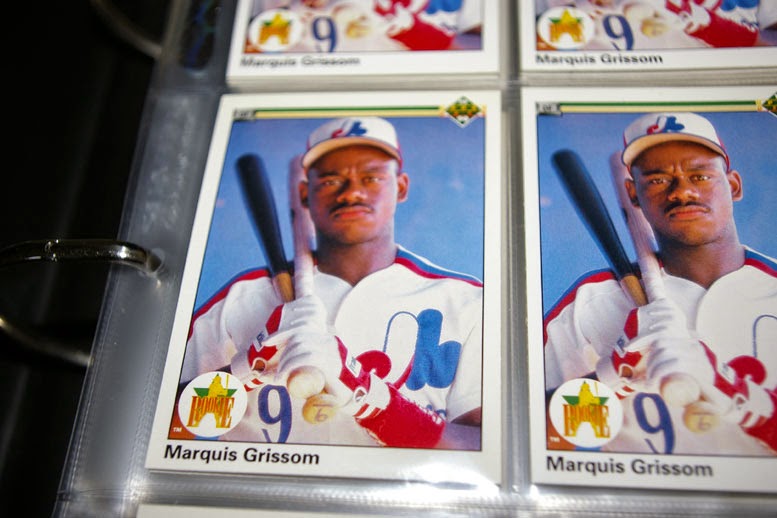 Not too bad, but still a ways to go from the finish line. Shouldn't be too long till I hit the one-third mark of my goal. 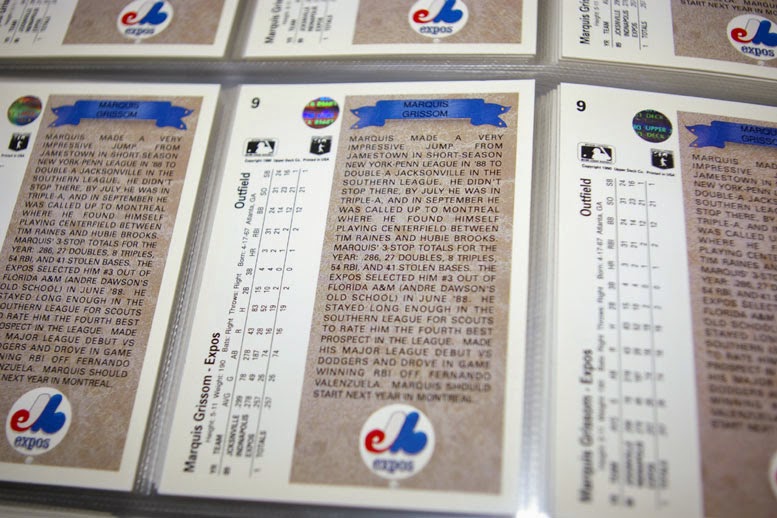 So there you go. As always, if you've got extra copies of this card, why not be a bro and shoot it/them over to me in a PWE? I'm like the Tim Wallach guy, only with this one card.

Thanks for swinging by and I hope you're enjoying the big pi holiday weekend.
Posted by defgav at 9:46 AM