The Padres and Indians combined for 17 hits this afternoon, so per my previous post, Sport Card Collectors is the winner of the contest. Congrats!

Please get in touch and we'll get your prize squared away and mailed off shortly.

One thing SCC might say after winning the contest is, "Thanks, Gavin!" And hey, speaking of that, check out a new addition to my Greatest Gavins collection: 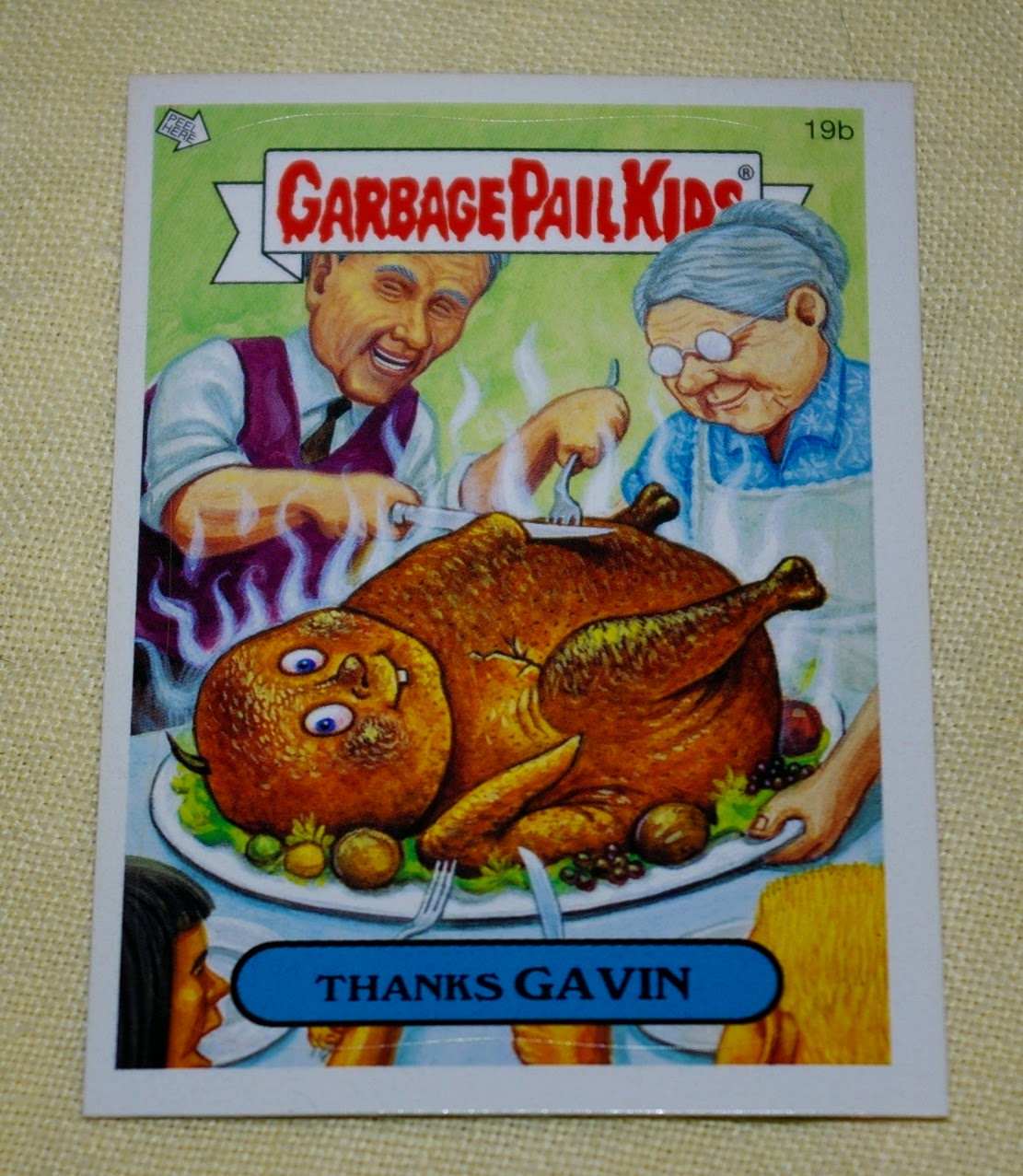 I collect any "Gavin" cards, and this is one I've been after for a while. I was pretty excited to see it pop up on Listia recently in a lot of Garbage Pail Kids cards (stickers) and was able to win it.

I never had many Garbage Pail Kids cards when I was young, but I remember being impressed by the cool older kids who managed to slip these naughty items by their parents. This Thanks Gavin isn't from the original sets of the 80s, but rather from 2004 (All-New Series 4). I'm pretty sure it's the only "Gavin" GPK out there. It's pretty dumb, but what do you expect? I'm glad my card wasn't super gross. Like, I could see them doing "Gross Gavin" or "Gassy Gavin" so being roasted and cannibalized isn't so bad by comparison. Hell, I take it as a compliment! Gavins are delicious! 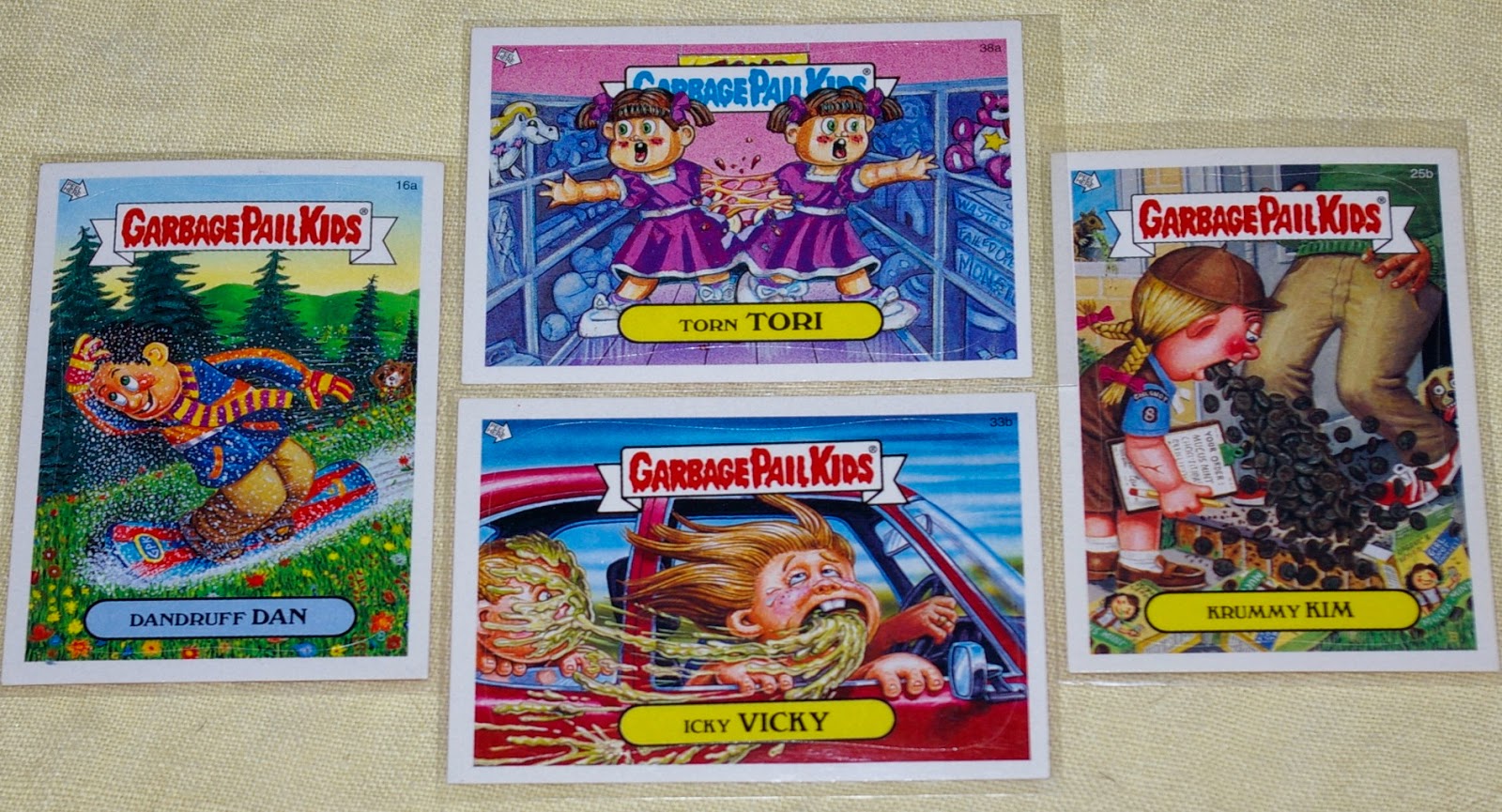 Here are the other cards I got in the lot. These 4 are available for trade if you want any.


Now let's do the "all in" bonus contest. This one I'm just going to randomize once and call it good.. 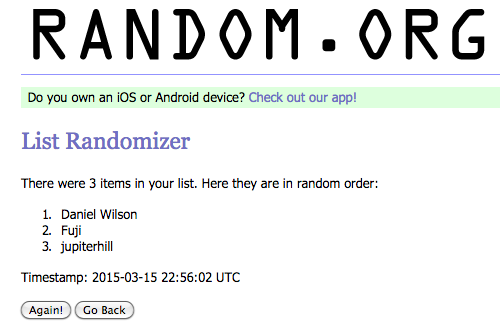 Congratulations, Daniel Wilson! Get in touch with what 2 magnets you'd like. I'll probably dump some of my ample Diamondback cards on you while I'm at it. (--probably the Dandruff Dan GPK, too! Haha.) As for Fuji and jupiterhill, I appreciate your valiant efforts! Maybe we could get a trade going?

Thanks again to everyone who entered. If you didn't win, well, don't let it get you down. I'll be doing more contests soon enough. And feel free to get in touch about a trade (my wantlist); I'll still have several of those autos and magnets available for trade after the prizes are claimed.
Posted by defgav at 4:19 PM