There have been 7 graduates from my high school to play in the major leagues (Granite Hills High School in El Cajon, California representing!) I've managed to obtain at least a couple cards from them all. I'm tipping my cap to each of them in this recurring Guys From Granite series. We're counting them down in ascending order by career games played, working our way to the most successful GHHS Eagle. This is part 7 of 7. 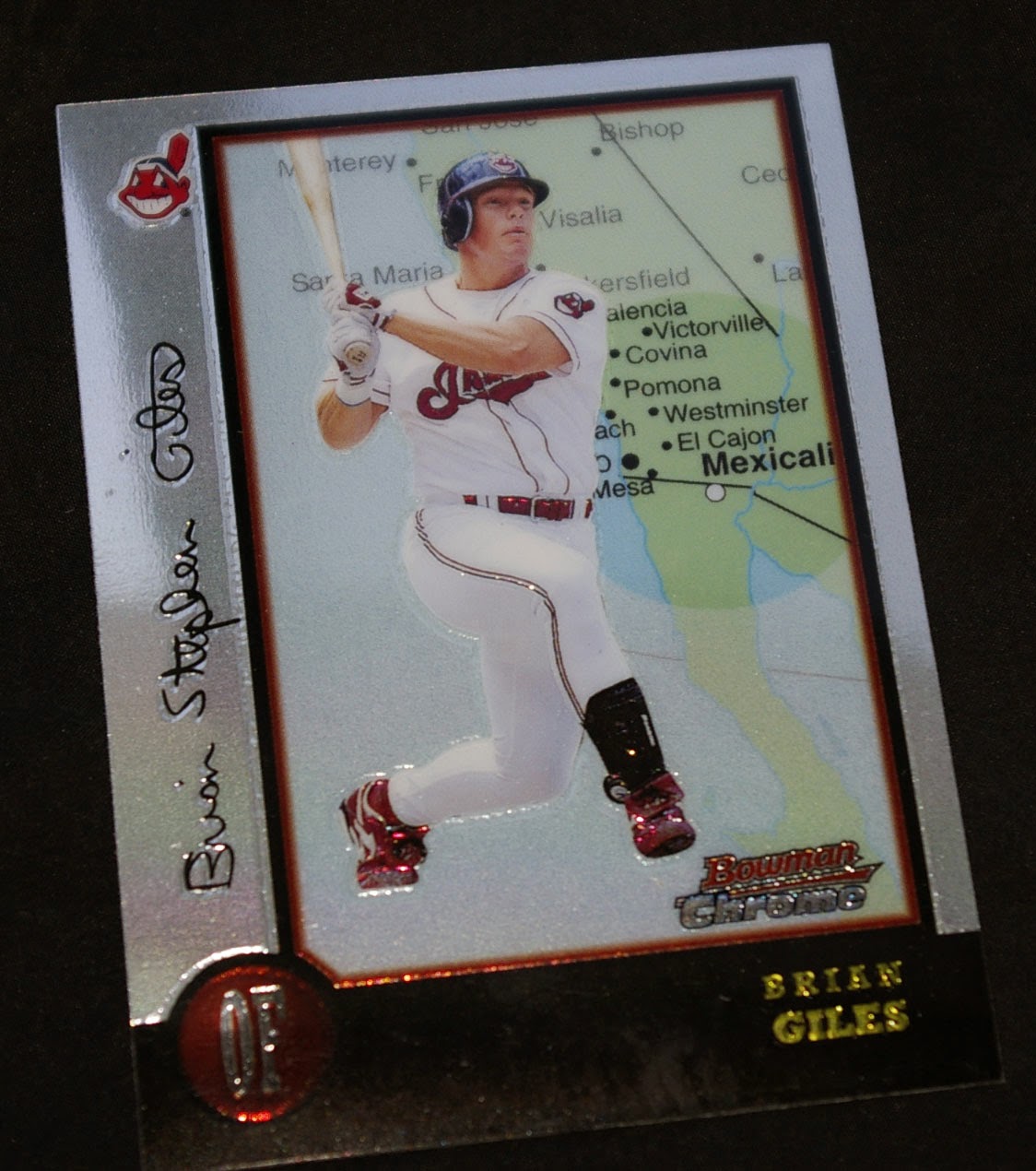 We've come to #1! Yep, the greatest major leaguer to ever come out of Granite Hills is undoubtedly Brian Giles. He beats out his younger brother Marcus. I think Brian may have been high school teammates with #3 on the list, Shane Spencer. Looks like Shane graduated in 1990, while Brian was a year ahead of him.

Brian was drafted by Cleveland in the 17th round of the 1989 amateur draft out of high school. He worked his way up the chain in the minors, cracking the bigs with a cup of coffee in September 1995, impressively getting 5 hits in 9 at-bats. The next year was split between AAA Buffalo and Cleveland, playing well both places. He was in the majors to stay in 1997, highlighted by a solid World Series performance: 2 hits in 4 at-bats plus 4 walks in a losing cause to the Marlins.

After the 1998 season, Giles was traded to the Pirates straight up for pitcher Ricardo Rincón. Brian blossomed in Pittsburg, getting MVP consideration 4 years in a row, with All-Star nods in 2000 and 2001. In 5⅔ years there, he hit .308 with 165 home runs. Very nice career peak!

In August 2003, Brian was traded to the Padres for Jason Bay and Oliver Perez. While the trade probably pissed off a lot of Pirates fans at the time, Bay would go on to win Rookie of the Year in 2004 and follow that up with a few more strong seasons, so I'm sure they'd be happy to make that deal all over again. Brian on the other hand was a solid player for several years in his hometown of San Diego, though his numbers never quite reached the level he put up in Pittsburgh. But he helped the Padres get into the playoffs a couple times, falling to the Cardinals in the NLDS in 2005 and 2006. In 2005, he was 9th in MVP voting when he hit .301 with 15 home runs and led the league with 119 walks. 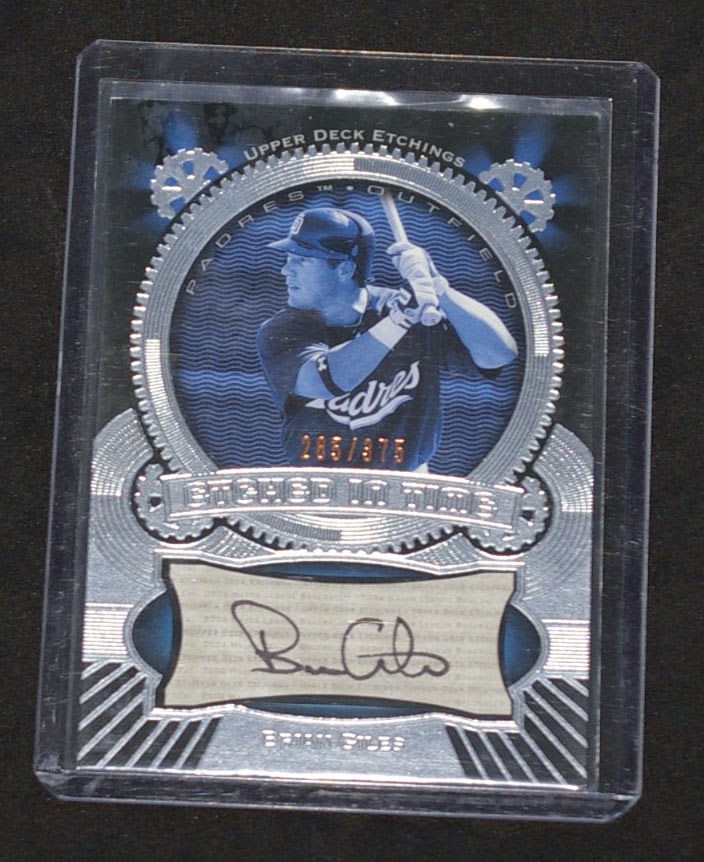 San Diego cut Brian loose after an injury-marred 2009 season (arthritic knee). He signed with the Dodgers for 2010, but his knee kept bugging him so he ended up retiring in spring training. While his career numbers fell short of the Hall, he still put together a heck of a career with a .291 lifetime average and 1078 RBI (stats). The guys in his "similarity scores" on baseball-reference are pretty nice company:

Impressive list of "Hall of Very Good" players right there, with maybe a couple legitimate arguments for Cooperstown, too. (Dick Allen for HOF!) The only unfamiliar name is Bob Johnson, an outfielder from the 1930s.

So yep, Brian Giles is easily the most accomplished GHHS Eagle to play the game of baseball. You made us proud, Brian! Must've been nice to play a good chunk of your career in your hometown. I think he still lives in El Cajon, too. 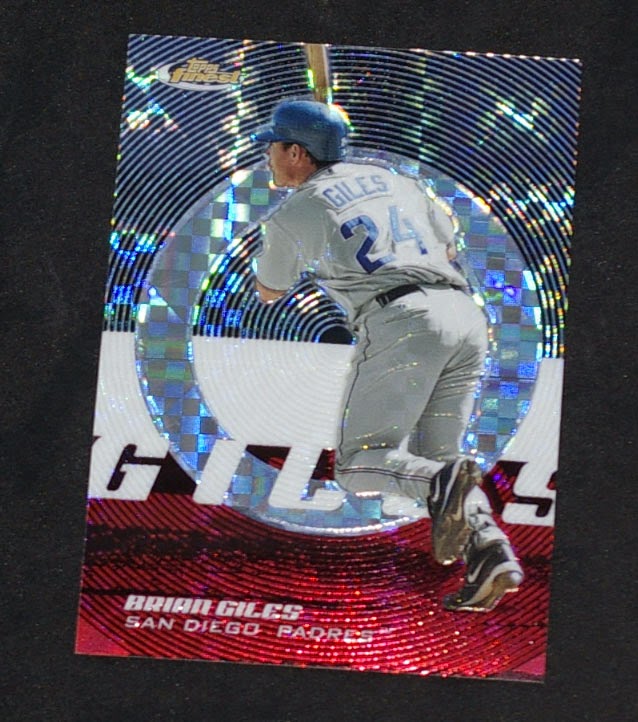 Anyways, moving from a career bio now to my personal memories of Brian. I mentioned last time that I went to school with Brian's little brother Marcus Giles, but Brian had already graduated and been drafted by the Indians a few years before I got to Granite. However, he was actually kinda still there!

Yep, the high school had hired him to be a security-type of guy. All us students referred to these guys as "Narcs" though that might be a misnomer since Narcs are more traditionally thought of as undercover "students" trying to infiltrate the stoners and find out who's selling dope. But the Narcs we're talking about basically just stood around and made sure nobody was walking off campus or smoking or whatever. Occasionally breaking up a fight or escorting a troublemaker to the principal's office. I think "campus coordinator" is the official title. They were essentially bouncers.. just big muscular dudes who stood around looking intimidating to keep everybody in line. This was pre-Columbine, pre-9/11, etc, so it wasn't quite as big of a deal as it was in later years, I'm sure. They didn't have weapons or wear uniforms or anything, just t-shirts tucked into shorts, with only a walkie-talkie to distinguish them from any other 20-something guy walking down the street.

I remember Brian the school employee as a big, authoritative presence, but he never said or did much. Always calm and quiet, often shooting the shit with the other few guys who made up the school's on-site security team. Some of those guys had a tendency to let the power go to their heads and sort of almost bully students a little, but I don't recall Brian ever being a dick at all.

The only "altercation" I recall having with him was once or twice when my friends and I were eating lunch a few feet away from the designated lunch area and he wrangled us in back to within the allowed boundary. Granite Hills is a really nice, open campus, by the way. Growing up in Southern California, I never had to go to school in a "big building" type of layout.

But yeah, this was the early 90s. Brian was a minor leaguer at the time, but I guess this was his "day job" during the offseason. (I couldn't find him in my yearbooks, so Picture Day must've been during the season.) I was in the thick of my original nuts-for-baseball-cards phase. I bought the popular 1991 Classic Best minor league factory set when it came out later that year, and lo and behold, Brian was included. Pretty sure it was his very first card. 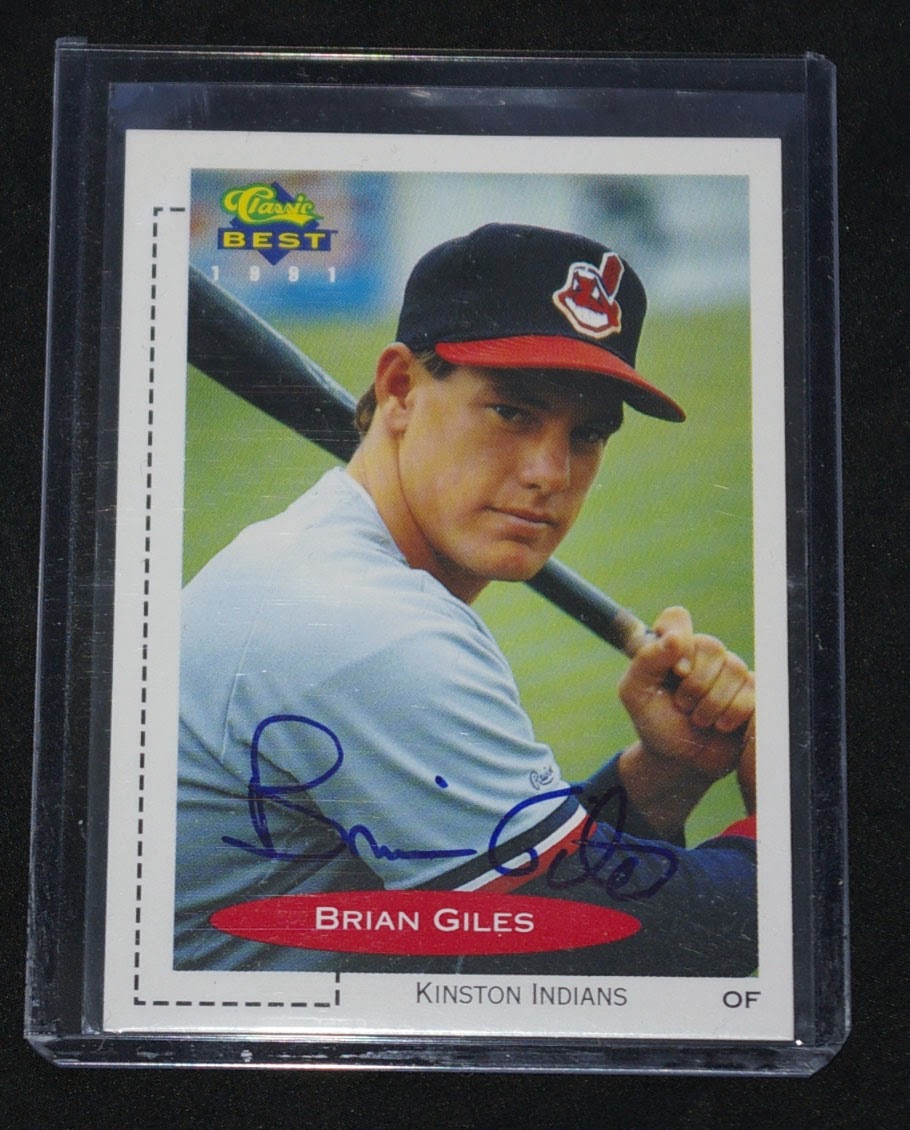 I brought the card to school with me in the hopes of getting him to sign it. I was very conflicted about asking him, though, mainly because I'm so shy, plus I was worried he might think it was "inappropriate" for a security guard type of guy to sign an autograph for a student... though I'll bet the more likely scenario is he'd be flattered. Bottom line is I pussied out and never did approach him. Sorry to fake you out, but I got that above card off eBay recently for a couple bucks. Better late than never, I suppose, even if I didn't have the thrill of getting it signed in person as a kid. Kind of crazy to think that not only did he go on to make the majors, but actually had a good, long career and was one of the best hitters in the game for a few years.

So there's my Brian Giles story. This wraps up our countdown of the major leaguers who went to my high school.

Since this post is already so long, I won't show off all the 100+ cards I have from him here, rather save that as a separate post for another day. Needless to say, he's got a ton of cardboard out there, playing for as long as he did, often one of the best players on his team.

Thanks for reading and I hope you've enjoyed this series!