Coaches rusting on the vine

To date, I've never completed a flagship card set in my life, but I'm slowly working my way with a couple of my favorite vintage sets. Let's check in with my progress on 1973 and 1971 Topps.

I took the time the weekend before last to seek and destroy a particularly annoying group of needs for my 1973 Topps set: the manager variations. I could never remember which versions I still needed.. and many of them I would not even be able to spot unless looking at a side-by-side comparison. So I took to COMC and figured out which I needed and bought 'em. (I also got a few more neat cards as long as I was paying the $3 flat shipping rate, which I'll show in future posts.) 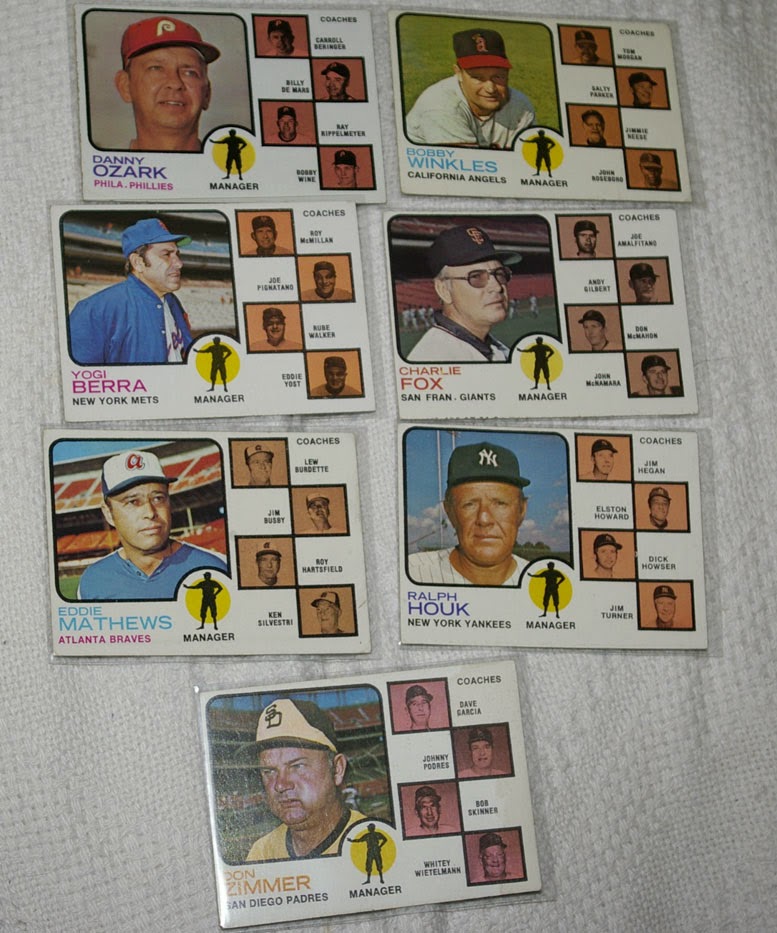 Feels good to have those annoying manager variations knocked off my list. The differences all revolve around the backgrounds in the coach pictures (some are rusty-orange, while others are orangey-rust. Or something like that.. yeah, it's kinda silly but oh well, the completist in me has to get 'em.)

But in my investigation, I found a couple other variations that I didn't have on my checklist. Stan Bahnsen and Buddy Bell each have "error" cards with a small break in the black line border, Stan on the left, Buddy on the right. I guess I'll be completist enough to include them in my setbuild too, even though many collectors (and COMC) don't seem to differentiate them. So now my master checklist goes from 699 total cards to 701. 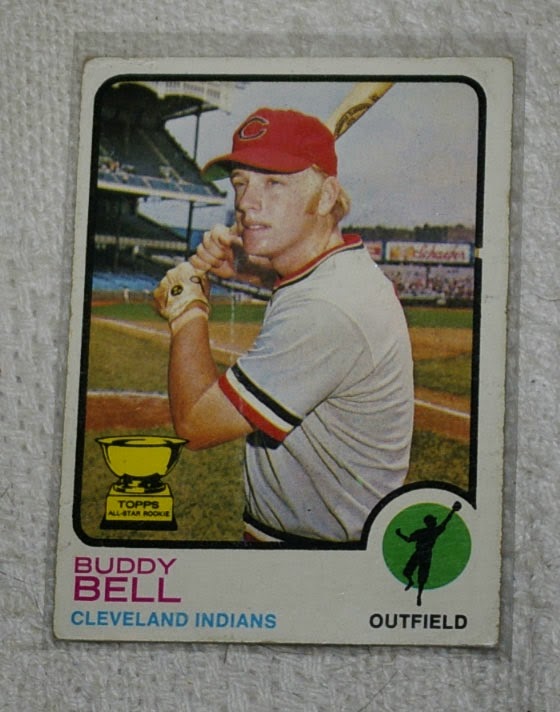 I recently picked up the Bell on eBay when I dug up a copy without any mention of it being a variation (While COMC has probably around 100 copies of the corrected card in their inventory, I couldn't find any of the error sneaking around). I haven't pulled the trigger on the Bahnsen, though there are a few on COMC mixed in with the more-common corrected cards, so I'll probably pick that up next time I place an order.

If anybody out there would like to help me crack 90% complete, please check out my 73 wantlist. 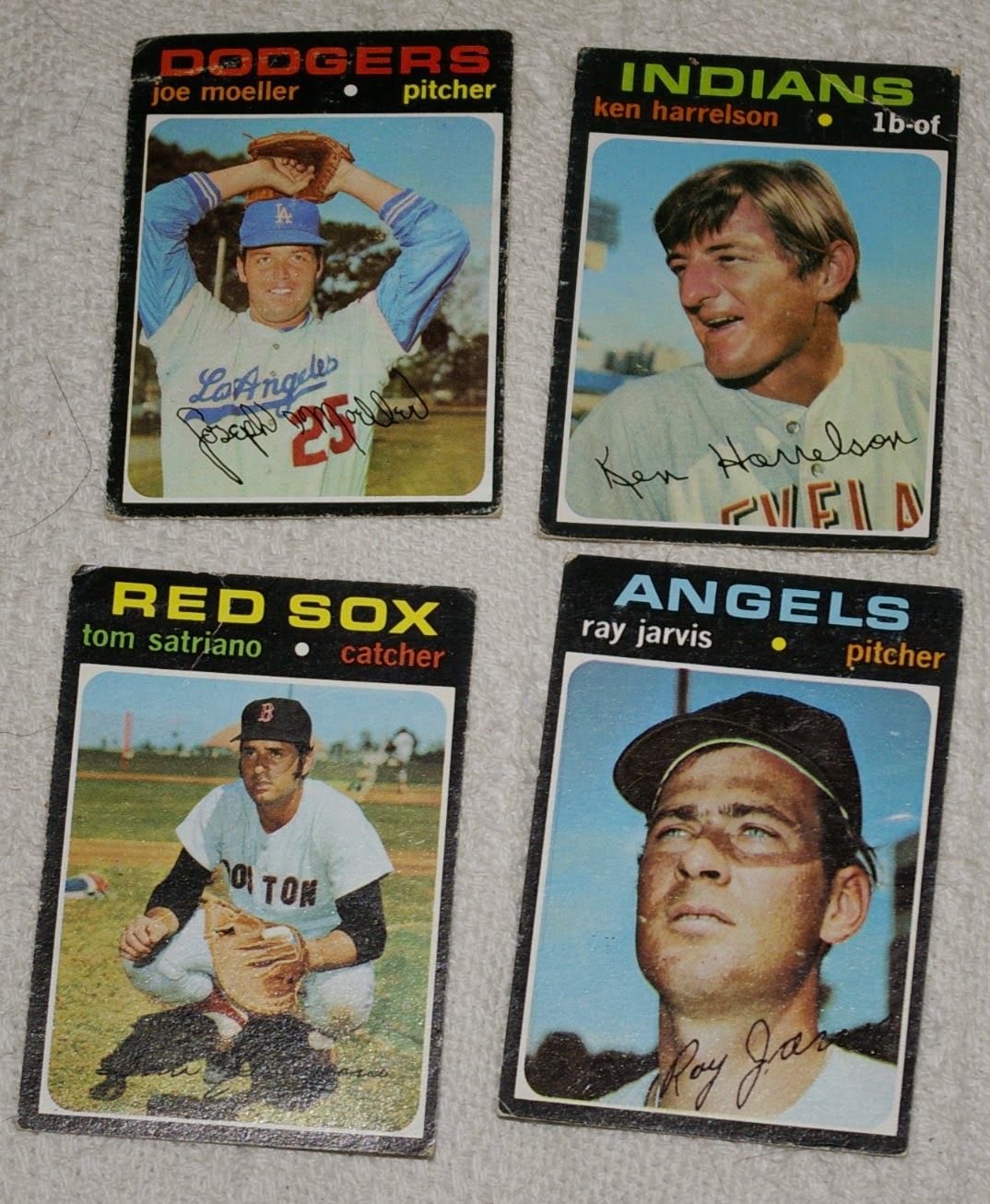 These four were from a PWE trade with Mark Aubrey at Mark's Ephemera. I think our trade was initiated by me sniping a 71 away from him on Listia, funny enough. Glad we were able to help each other out with some dupes. 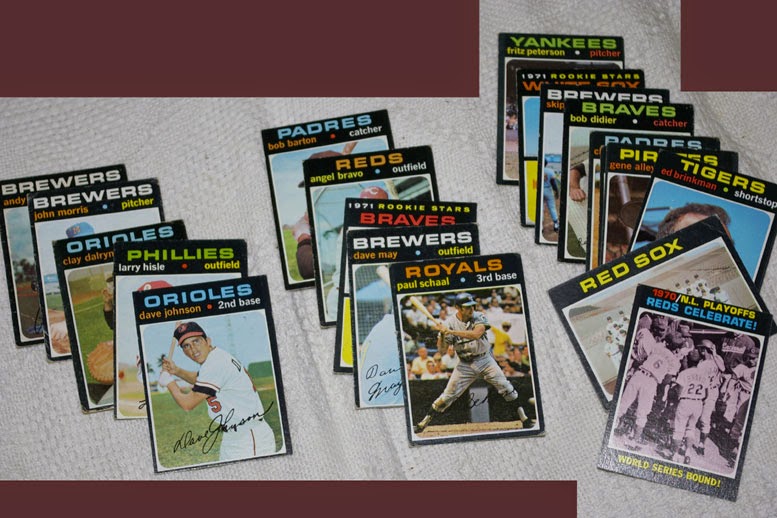 And here's a big lot of 71s from reader Kevin thanks to a recent trade. Kevin's also working on 71 (he's also working on 72), and we were able to help each other out with several black-bordered cards exchanging hands. The cards he sent we in considerably better condition than the one's I sent. But I threw in some bonus cards for him to help make up for it.

Pretty close to 70% complete. Not bad for such a huge set. Again, any help would be great! 71 Wantlist here.
Thanks!
Posted by defgav at 4:00 PM