I already showed off the Jacque Jones auto I pulled from the cheap hobby box of 1998 Bowman Series 2 that I picked up the other day. Now here are a few of the other cards of note.

Three cards of three guys I collect that I don't think I had previously. All former Padres (and Cubs). 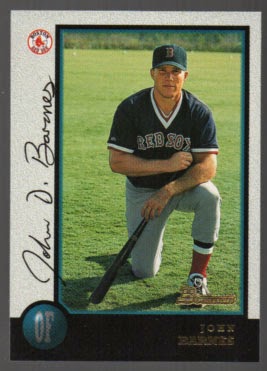 Guy from Granite, John Barnes! I already had this card, but still kinda cool for me to pull. Maybe I'll try a TTM with it one of these days. 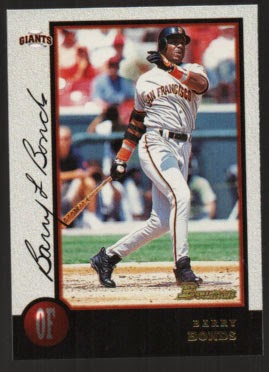 Barry Bonds. Weird to pull his cards. A little part of me wants to "forgive" him and get a little PC going, but most of me still hates him. I was about to say I'm surprised Bonds hasn't shown up in any recent product, but then I did a quick search and it looks like Panini started working him into a couple sets late last year (National Treasures and Classics). I'm sure Topps isn't too far behind. (If McGwire, Sosa, Clemens, and Palmero can be welcomed back into the fold, why not Bonds? Maybe it's because his court battle is still lingering on.) While most of his cards are dirt cheap these days, the prices on his certified autos are ridiculous. And yes, I kinda want one. I'm sick, I need help. 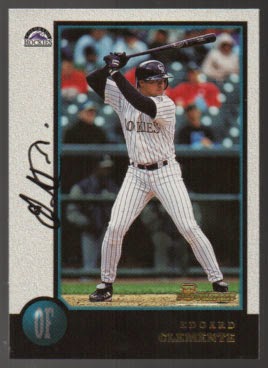 Roberto Clemente's nephew, Edgard Clemente! Kind of a bummer that his career was unspectacular. I guess Roberto never had any sons who were good ballplayers either, since we would have heard of them by now. Would've been cool had the Clemente baseball legacy lived on with Roberto's descendants. Well who knows, maybe Edgard here will have a son to one day be a great ballplayer. We can dream. 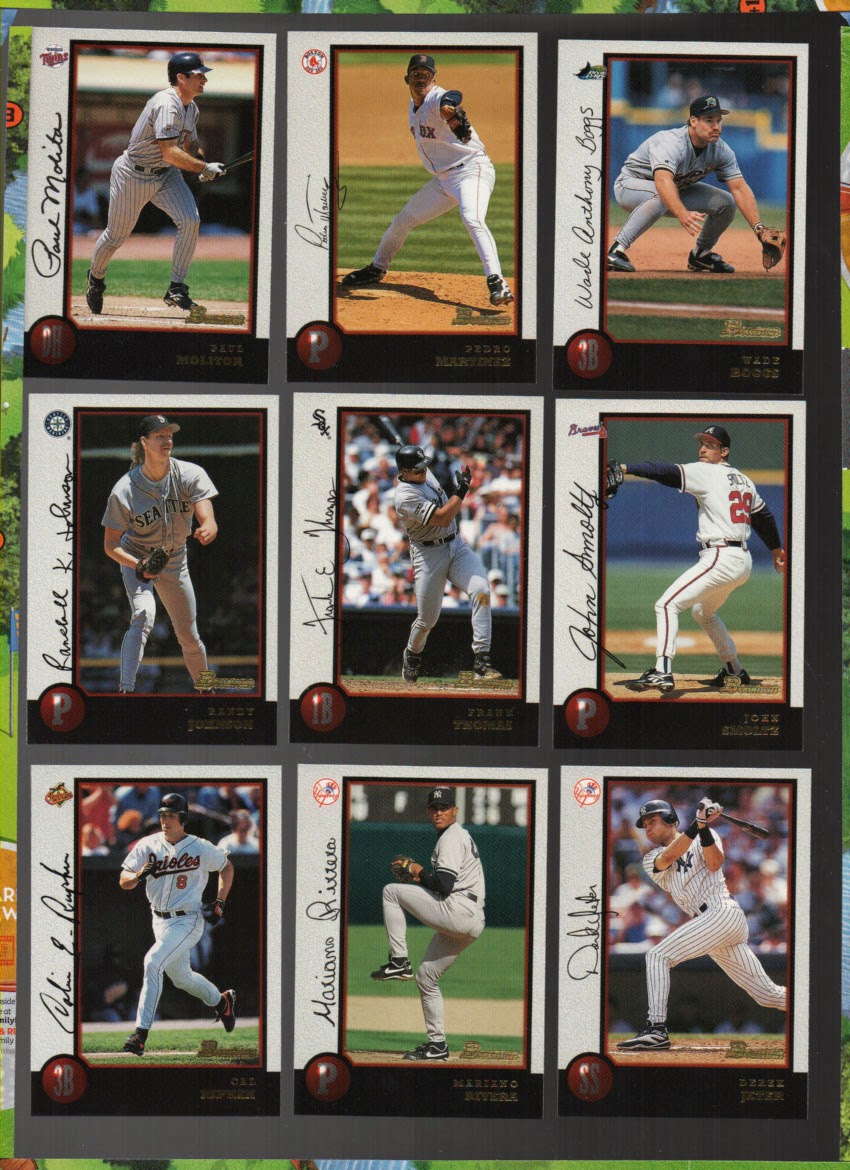 Here's a HOF-caliber scan. Wade Boggs gets an unflattering picture, looking like he ate too much chicken and is fighting to keep it in at both ends. I got a dupe of the Jeter, if anybody needs it.

The inserts I got from the box weren't too great. Big names in their prime, but nobody likes these 3 guys anymore. I really need someone to dump my Indians on. (Baseball Dad? Anybody?)

Here are the highlights of the 1-per-pack "International" parallels which are foil (don't scan well) and have maps in the background centered around where the guy was born. I like trying to find my hometown of El Cajon on the maps. It made it into Rod Beck's card, and almost onto Derrek Lee's, but his feet are in the way.

These first two So Cal kids' heads are blocking El Cajon, but neighboring La Mesa makes an appearance. I lived in La Mesa for a year when I was in kindergarten before I took root in El Cajon. Just a defgav fun fact. "Cajon" makes an appearance in front of Matt Williams' shin.

So that's it for the 1998 Bowman Series 2 highlights. Not the world's greatest box, but the autograph was exciting to pull, and I got a few cards for my collection out of it, so I'm not complaining. As par for the course with Bowman, the majority of the cards are minor leaguers who never panned out. If any team collectors or set builders (Whom I kidding? Nobody ever setbuilds Bowman!) need any cards, please get in touch about a trade.

I've still got the 1999 Bowman Series 1 hobby box left to bust one of these days once the itch to rip hits again.

Thanks for swinging by. Have a great weekend.
Posted by defgav at 3:56 PM