With the help of a cool guy I know, I was able to get small run of custom magnets produced using some fake cards that've appeared here on Baseball Card Breakdown in the past. 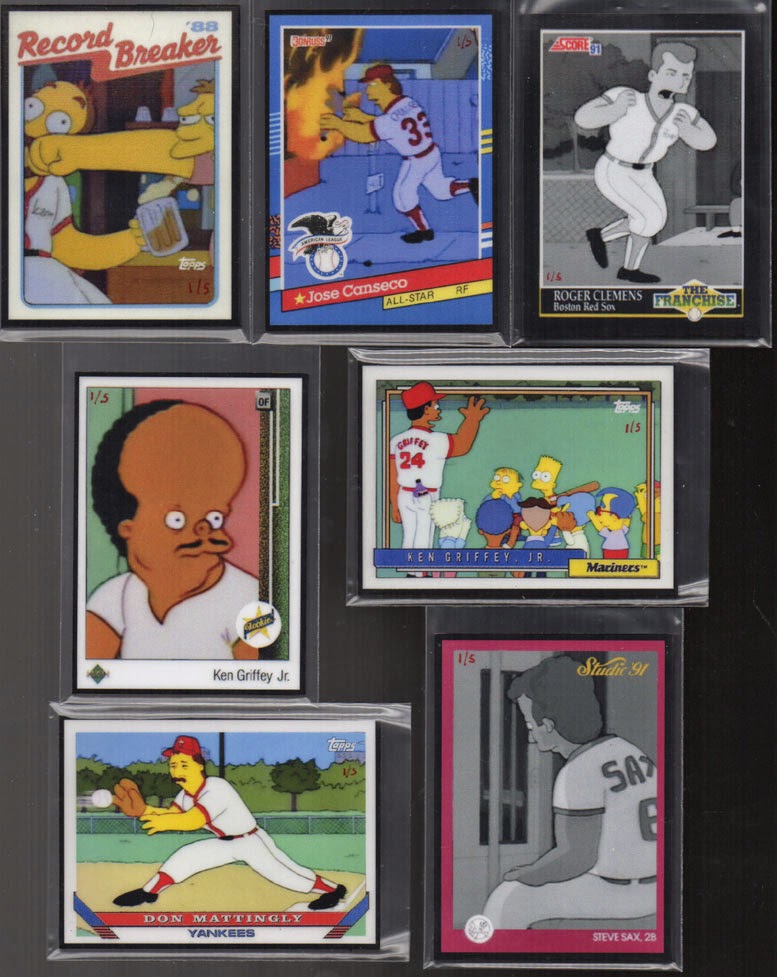 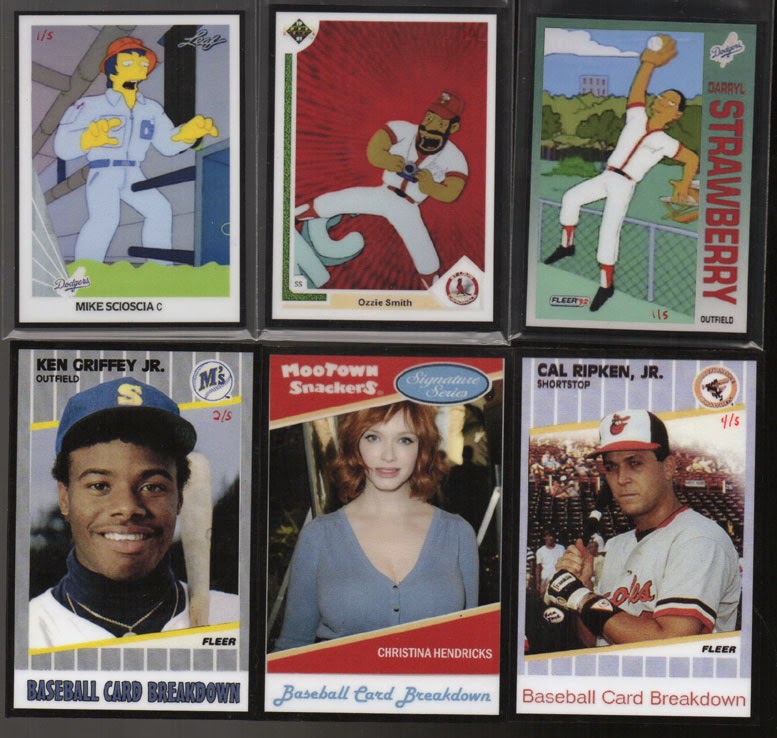 We've got a card from each of the Springfield Nine (ballplayers who guested on the "Homer at the Bat" episode of The Simpsons) originally featured in the Springfield Fortnight blog series, with a bonus Simpson Griffey (because I couldn't choose between the two), then there's a third Junior (89 UD/Fleer mashup), a sexy Christina Hendricks (sorry, this one just cracks me up every time), and a Cal Ripken card from the bizarro world where Cal, not Billy, was photographed with that infamous bat knob. 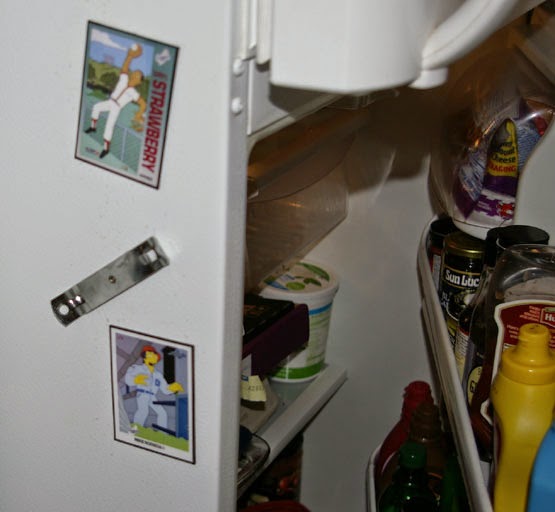 As mentioned, these are all magnets ("black backed" as it were). They are high quality. My buddy has lots of experience making magnets like these, though he usually uses album covers. The Simpson ones are just a smidge smaller than the size of a standard baseball card. The other 3 are a tiny bit larger than an '89 Bowman card. These aren't the flimsy kind of magnets you sometimes see with ads on them or whatnot; these are thick and heavy!-- about the thickness of a typical relic card. And they're super glossy, too, so you can stick them on your fridge and if they get water or some food splattered on them, it's no problem to wipe them off.

Though I've voiced my concerns over the ever-blurring grey area regarding customs and counterfeits, I sure do love making quirky customs, from the gifs and other amusing photoshops I post on the blog, to the glow-in-the-dark sketch cards and silly "blog-used" relic cards that I send off in trades. So making magnet cards from some of my favorite crazy photoshop customs is of course something I'd do! 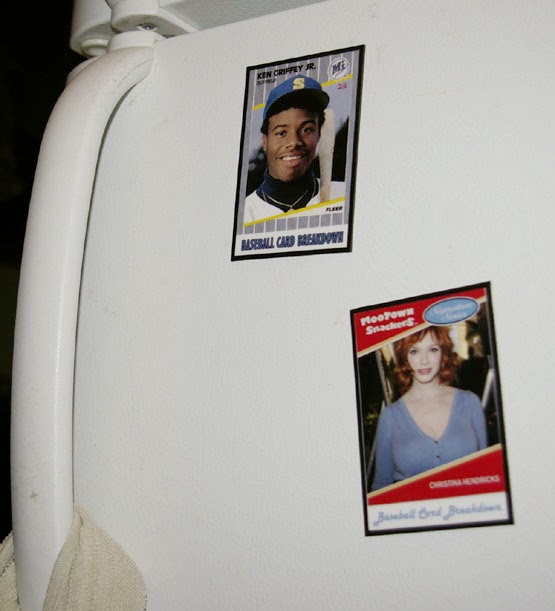 I've hand-numbered each card (yes, I'm considering these "cards"). I'll hang onto #1 of each card for myself (I love these things!), but the rest are available for trade. A few have already been sent out as surprises recently. I'll also throw some into the mix for upcoming contests and stuff. In fact, I'm planning to kick off a contest this weekend with these in play (among other stuff)!

Want to get one of these silly Baseball Card Breakdown magnet cards to stick on your own fridge or file cabinet (or just sort away into your collection)? Get in touch about a trade.
(and/or check back this weekend for the contest.)