Let's check out the fruits of my dimebox digging from last weekend's card show. Actually, there was a deal on the boxes of 12-for-$1, so I got these 24 cards for just $2. 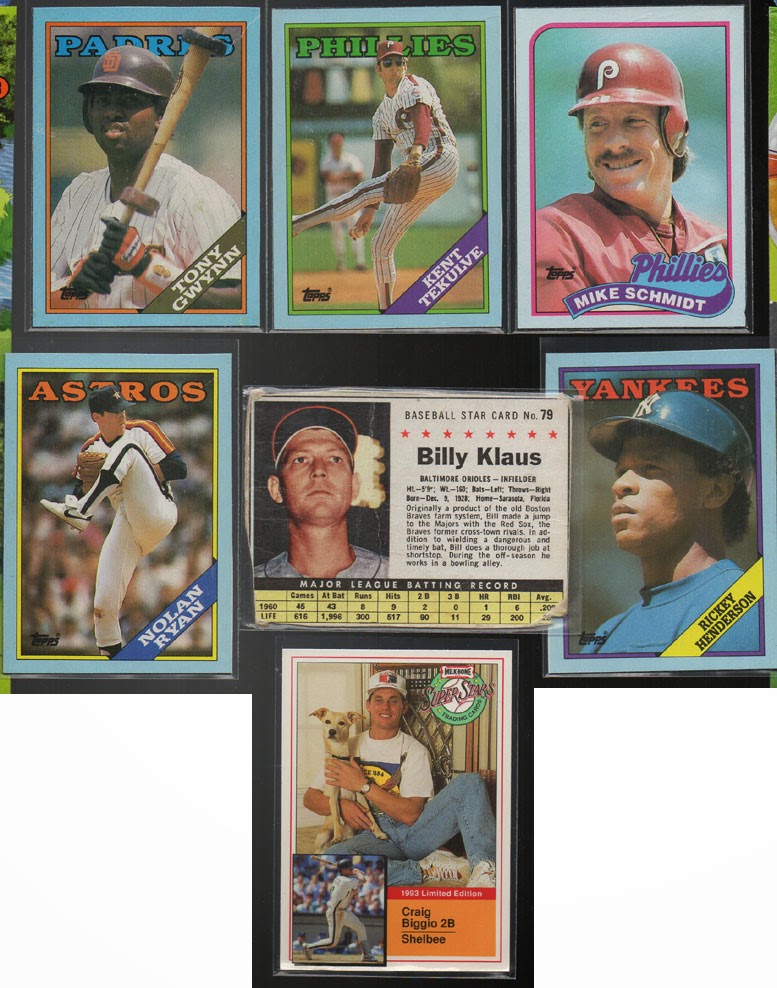 Here's a mix of oddballs cut from boxes and/or included with grocery items. I'd be ok with never seeing another '88 or '89 Topps card for as long as I live, but throw a light blue border on it with an alternate picture, and it's much more appealing to me. That Billy Klaus Post card has some issues with the bottom corners, but anytime I can pick up a card from 1961 for less than a dime, I gotta. As for the Biggio dog card? I picked it up solely because it was the subject of my favorite Baseball Card Bust post (RIP).

Here's Rickey in his holographic glory. 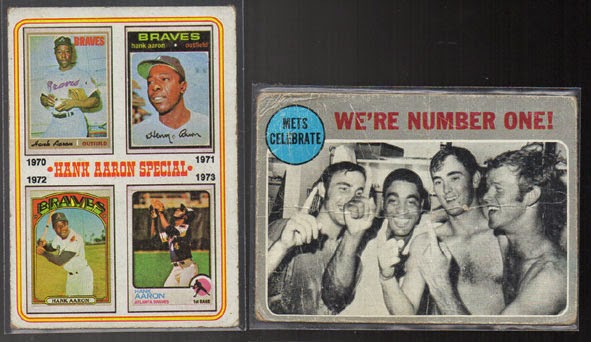 More beat-up vintage. It's tempting to cut that Hank Aaron into 4 separate micro cards. A Nolan Ryan card (with some other guys too) from 1970 for 8.3 cents? You got it! 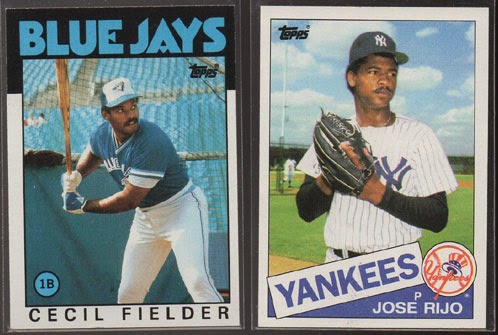 A couple mid 80s RCs of guys who eventually became stars in the early 90s.

Mike Trout mini for under a dime! Even with a dinged corner, I'm not passing that up. Jose Altuve is hard not to like, so I was excited to slap his RC on my stack. That's a funny optical illusion on his card.. like the guy in front of him is giving him an awkward piggyback ride, but really he's in the background. I don't care for that Morneau card, but somehow he weaseled his way into my pile. No, really, I'll tell you why: It was in a toploader with a "$5" price sticker on it. I admit I'm suggestable to old price stickers on discount cards. "Wow, this used to be $10 and now it's just a quarter?! What a huge discount! I don't really care about this player at all, but I'll take it!" Yeah, I'm gullible sometimes. 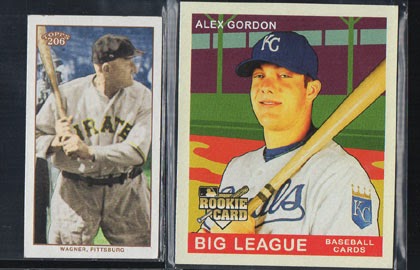 Here's the trade bait section of my dimebox haul. I always keep an eye out for interesting Pirates in case Matt/Bob Walk needs them. Do you need this Wagner mini, Matt? As for the Alex Gordon, as I mentioned yesterday, I picked up a spite-extra. It's available for trade if anyone wants it.. otherwise it'll be Listia bound. 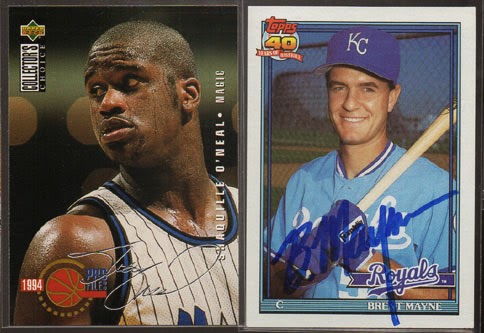 Slipping in a basketball card, I actually have an auto version of that Shaq card (in a pretty plaque that I should show off on the blog sometime-- great Listia buy from a year or two ago), so thought I'd pick up a Silver Signature version to complement it. And I always kinda liked Brent Mayne, so why not grab his auto for less than a dime? 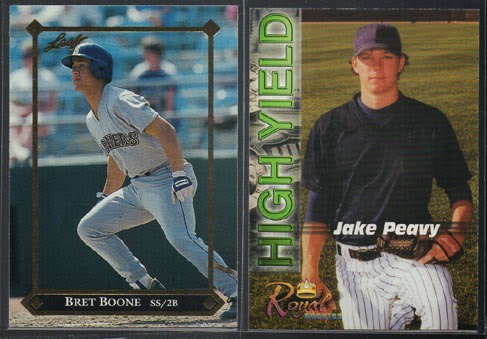 Bret Boone had some solid years for the Padres and I love those early Leaf Gold Rookies. The Peavy minor league card is a nice addition to my PC.. I've gotta be creeping up on entering him into the Hundred Card Club by this point.

Closing out with a trio of greats. Nolan makes his third appearance of the post. I should try to complete that 1992 Upper Deck All-Star Fanfest set someday since I actually went to it (the Fanfest, not the All-Star Game), so it'd be a nice memento.

That's all for today. We'll probably check out the nickelbox haul tomorrow. Thanks for reading!
Posted by defgav at 3:59 PM