Continuing with my pickups from the card show this past weekend, here are some baseball cards from the main bins where I spend most of my time every show. The dealer seems to adjust his price on these bins from show to show. I think they used to be dollar bins, but he usually has a deal running. Last show they were 3-for-$1, which is the cheapest I remember seeing them. This show they were back up to 50 cents, which while not as great as last month, is still pretty good.

First up, I'll dazzle you with the shiny.

- Gwynn with some neat holographics going on.
- Todd Green. I was on the fence about getting this card since I don't care about Todd Green at all, but it's a damn pretty card, plus I'm a sucker for a screwdown case.
- Jose Canseco. I'm by no means a Canseco collector, but that card was just too pretty to say no to.
- Hitting Machines diecuts of Ken Caminiti and Roberto Alomar. Cool cards.
- And Mariano Rivera on the rainbow road.

The gif of this Roberto Alomar hologram actually does a decent job of demonstrating the effect. Again, neat-looking, cheap cards in screwdown cases are hard for me to pass up. I probably should, though, as it essentially just adds up to more mass for my collection. 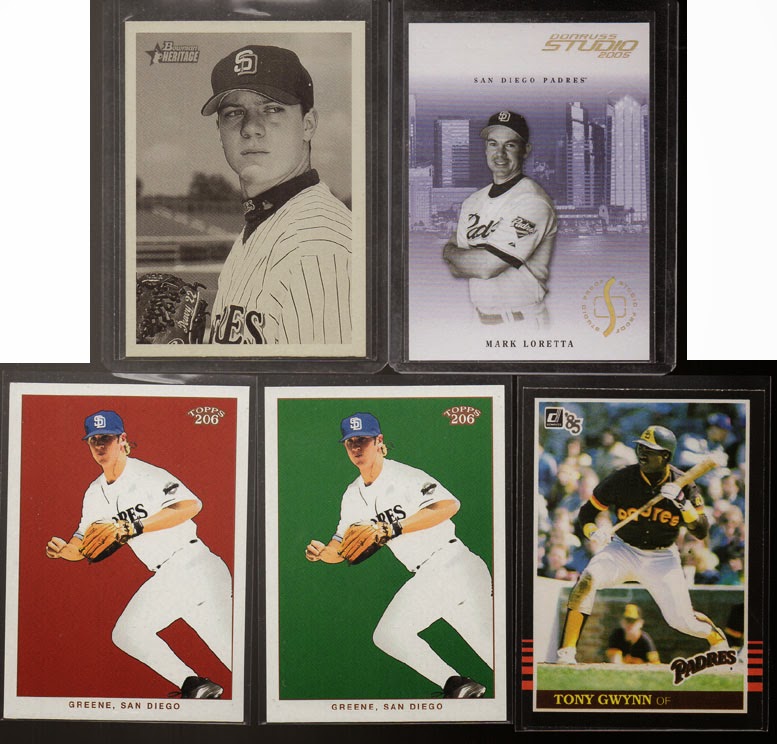 Some more Padres, including a young Jake Peavy, a Mark Loretta proof (numbered 17/25 on the back), a red Greene and a green Greene, and a flagship Gwynn that has alluded me. Technically Tony Gwynn is supposed to be off my wantlist since I've adopted the "100 and done" player-collecting method. But even though I've already got over a hundred Gwynns, I still cave and get another here and there. As a card-collecting Padres fan, it would be impossible and wrong not to. 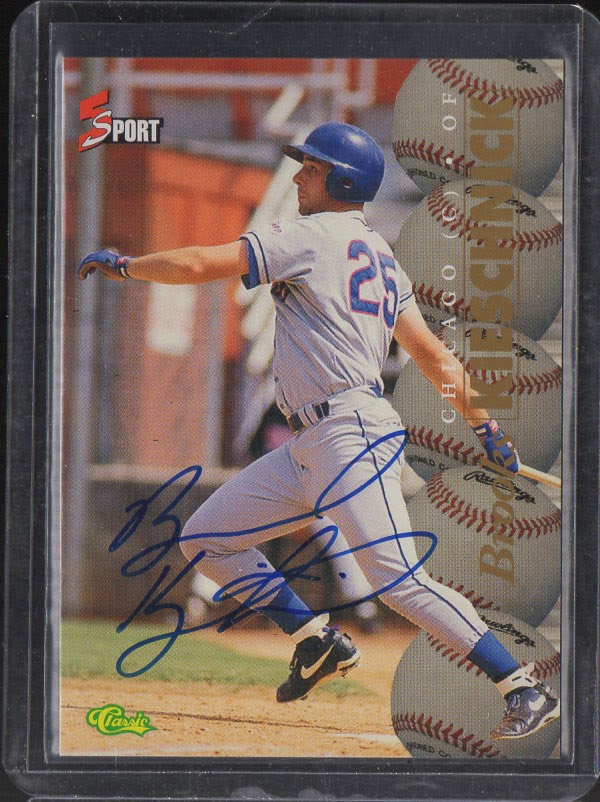 Brooks Kieschnick auto! My second of him. P-town Tom recently announced he was going to start PCing him, so I'll have some competition if I decide to be the cardosphere's premiere Brooks Kieschnick collector.

Besides the 2013 Bowman autos I showed off a couple days ago, this is the only certified auto I bought for myself. However I did pick up about a dozen other cheap autos, but we'll get to those when I put up my next trade bait post. 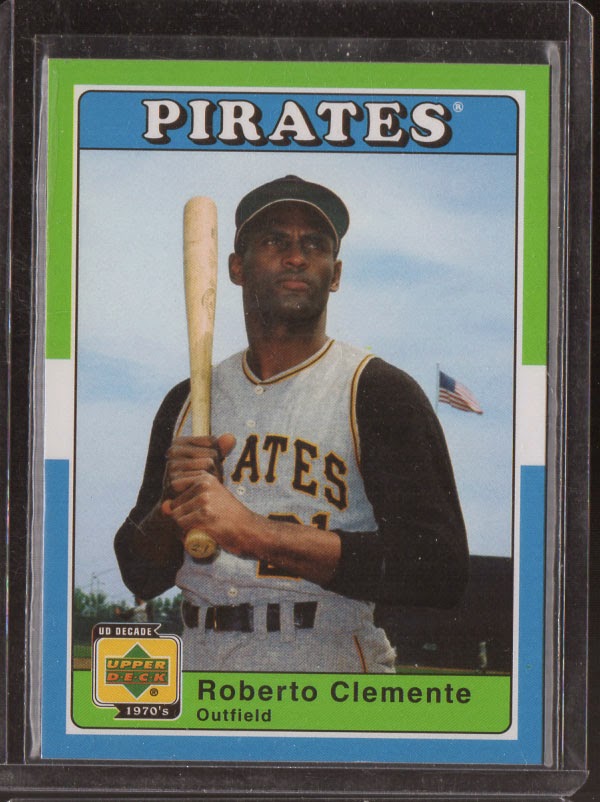 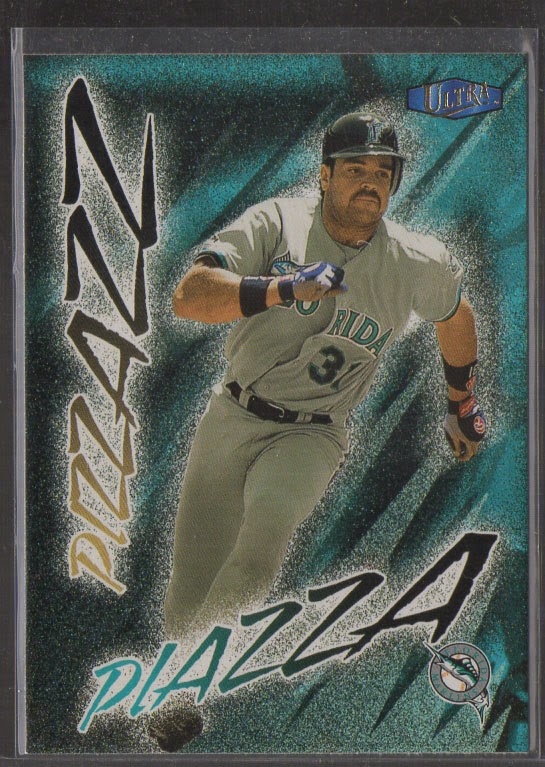 Piazza as a Marlin! A rare sight. 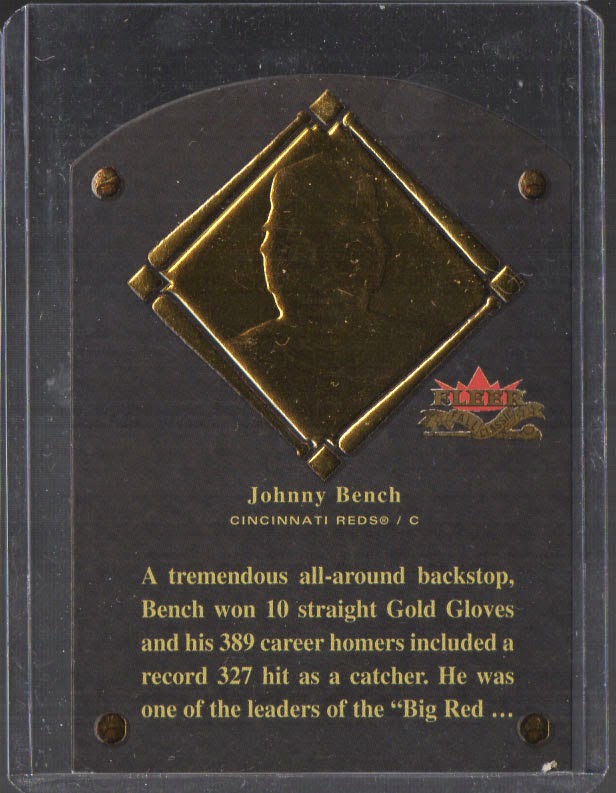 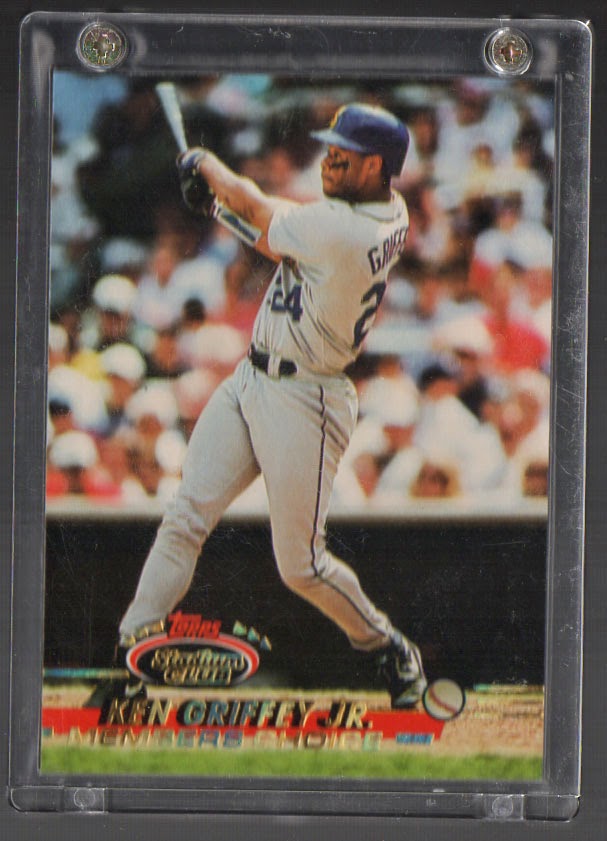 Did I mention I'm a sucker for a screwdown case? This one means business, with not one but two screws. I also like picking up a Griffey card or two at each show. 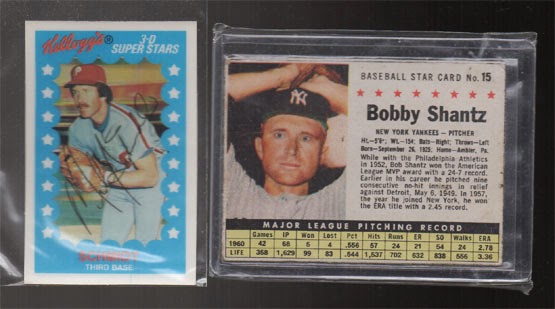 A couple vintage food issue oddballs. That Bobby Shantz is, I think, my first of those old school Post (?) cards. (I would later pick up my second out of a dimebox, but that's for another post.) 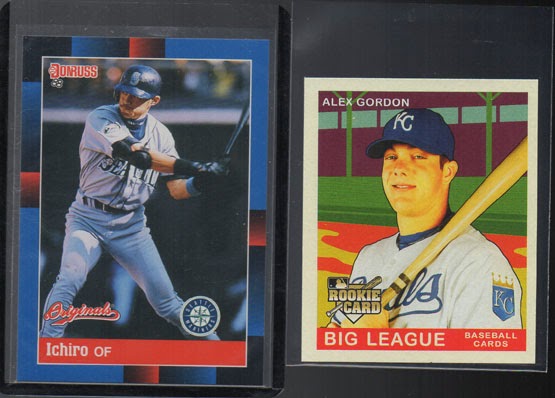 Finally, a couple early cards of big names on old designs. Love those Donruss Originals. I actually picked up a 2nd copy of that Alex Gordon card later in the show from a dimebox.. another instance of me purposely buying a dupe out of spite.

That's it for today. More stuff coming up.
Posted by defgav at 3:53 PM