Mark Hoyle sent me some great vintage cards recently, as he's wont to do. Though he already owned one, he picked up this iconic card below at a recent card show for a good price figuring somebody could use it.. and happy to say, I was the lucky recipient!

Sometime in the past 40 years, somebody seems to have attempted to touch up the corners with a marker and they weren't all that precise about it. But hey, I'm very happy to have the card, regardless! 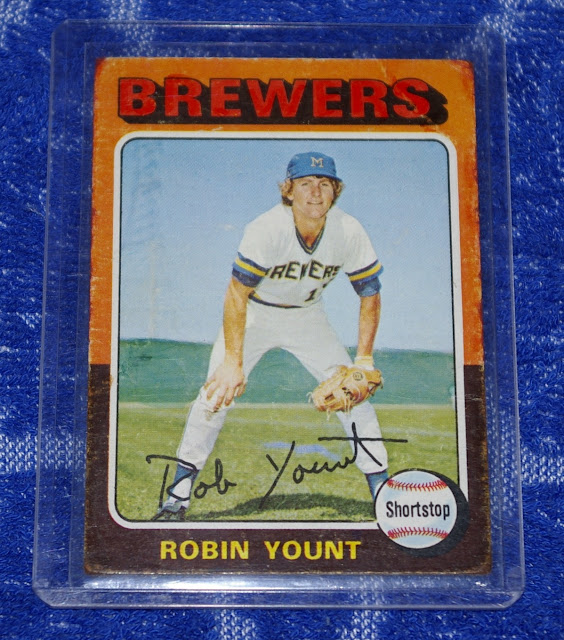 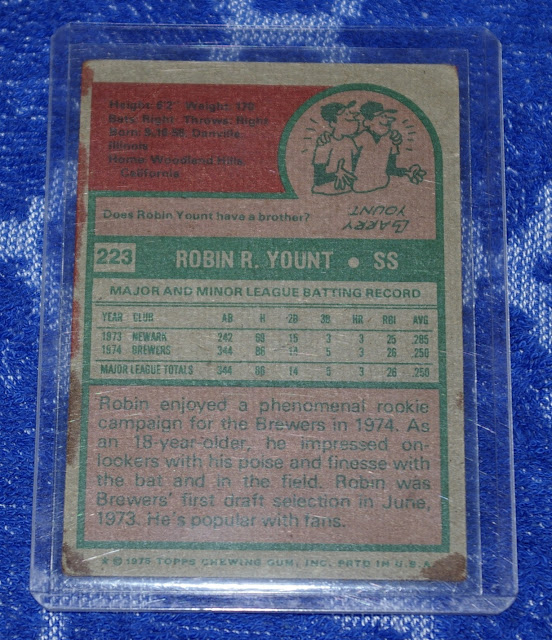 And speaking of names, what's the "R." stand for? The internet is telling me that R didn't stand for anything, his middle name is just "R." (or maybe "Rachel"? But that might be an unsubstantiated urban legend. No parents could be that cruel. Robin is already a gender neutral name.)

I have this song in my iTunes.

"Does Robin Yount have a brother?" LOL at the question. It'd be funny if the answer was "No." and there was just a cartoon of a guy standing alone. "Larry Yount" isn't the proper answer to the question. It should be, "Yeah, he does. His brother's named Larry."

I wasn't familiar with Larry Yount, but turns out his was a pitcher who has a very odd MLB career stat line of 1 game, zero batters faced.


He has one of the stranger lines in the Baseball Encyclopedia. Yount was injured warming up on September 15, 1971. Since he was announced, he entered the game, but he did not throw a major league pitch. He was never recalled to the majors after that so he is listed with 1 game played but no batters faced. (baseball-reference.com)

But yeah, things worked out better for Robin, and this is probably one of the best cards of the 70s and I'm very happy to now own it!

Mark also hooked me up with several 1971 Topps cards he had recently upgraded in his set. 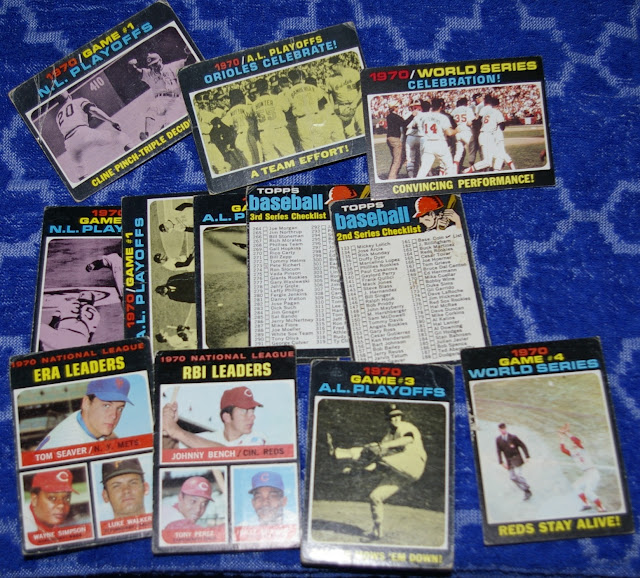 A few postseason highlight cards, a couple unchecked checklists, and a couple LL cards with some big names.

Great stuff! Thanks a lot, Mark!

Let's wrap up this post with a contest win from 2x3 Heroes. I didn't exactly have the correct answer to his question, but lucky for me, no one else did either, and at least I was in the ballpark with my answer, so the judges awarded me the prize. Here's what I won: 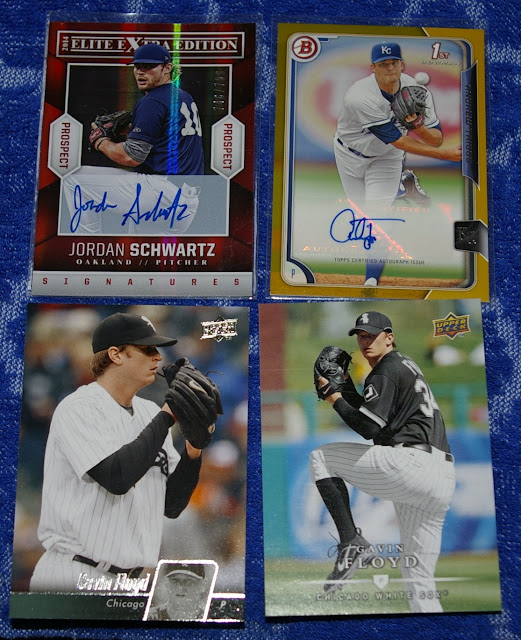 A couple prospect autos, plus a couple Gavin Floyd cards thrown in as a bonus! Big thanks, Jeff. You got that damn Police song stuck in my head for a week, but I think it was worth it! Sweet autos of Jordan Schwartz (#'d 749/799) and Andrew Triggs (#'d 33/50), two cards Jeff pulled that didn't fit in his collection. To borrow from Mel Brooks, "the Schwartz" has not been with Jordan this year, with an ERA over 10.00 in A ball. But Triggs seems to have solved the equation of AA batters, with strong numbers so far this year.

Thanks again to Mark and Jeff for the cards! I really appreciate it.
Posted by defgav at 3:29 PM