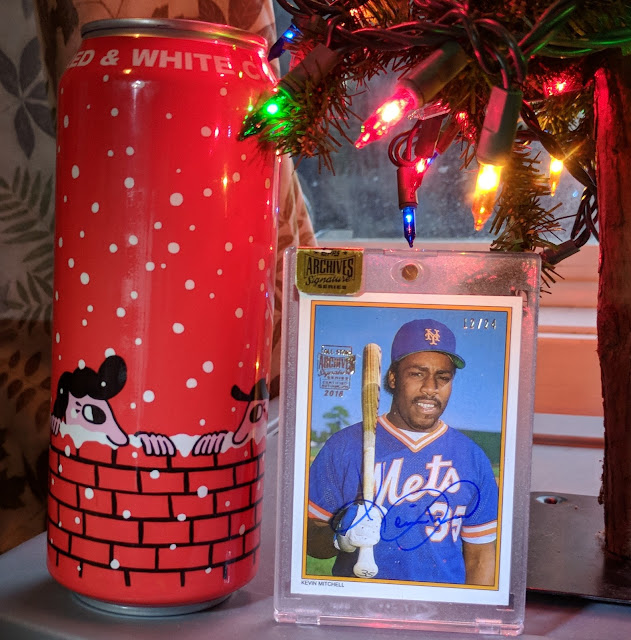 Twelve Days of Christmas Cards and Beermas continues with A Red and White Christmas and a Kevin Mitchell 2016 Archives Signature auto. Perceptive readers may have noticed that this is a Christmas Eve card. In my eyes, 12/24 cards and 12/25 cards are two peas in the same pod, and for this series, both will be featured. I hope that doesn't offend any Christmas Card purists out there. 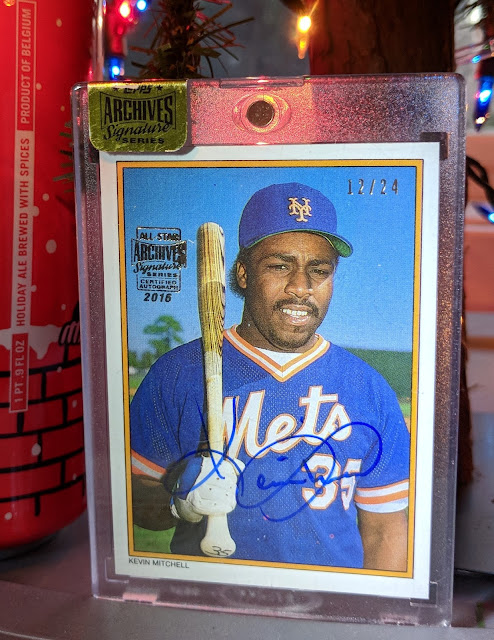 As this picture tells you, the beer is a holiday ale brewed with spices, imported from Belgium. Hmm.. should be interesting! My wife doesn't have any backstory on this one, just looked good as she was browsing at the beer shop. Check back later for my review after I drink it later tonight.

UPDATE: It's not bad, but I'm generally not a big fan of Belgian beers– they usually have a mediciney taste to me that is hard for me to get behind– but yeah, I could drink this. My wife, who is a fan of Belgians, really likes it. And yes, don't worry, my lovely wife does get to enjoy a taster glass of all the Beermas beers she gifts to me.

As for the card, it's my first Kevin Mitchell autograph. I'll bet there aren't many certified autos featuring him from his early Mets days. That's one of the few things I like about buyback autos: you sometimes get short-term stops that otherwise probably wouldn't be preserved on a certified auto. Easy to forget he was a part of that '86 World Champion team. He then spent a brief stint with my Padres before regrettably being sent to the Giants where he put up his best numbers, including winning the NL MVP in 1989. 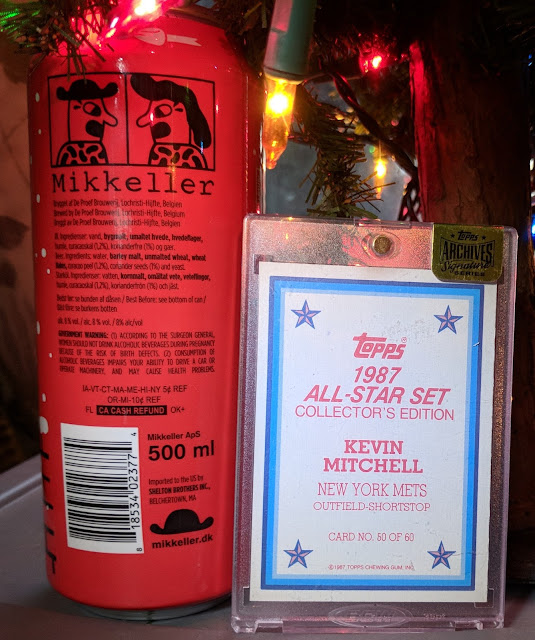 Here are the backs. Wait-- Kevin Mitchell played shortstop?! That's crazy. He was a hulk even as a rookie. (Sure enough, b-r tells me he started 20 games at short for the Mets in '86.)
Speaking of being big and strong, looks like the beer has an 8% ABV. 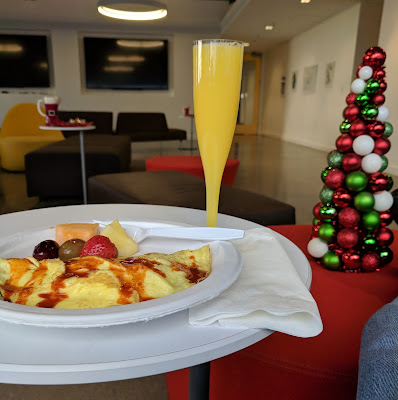 It's shaping up to be a boozy couple weeks for me. This morning my work had a little holiday brunch party for our department with omelettes and mimosas. Drinking at work in the morning is a bit odd of an experience, but sure, why not. And now there's a "happy hour" party in the break room beginning momentarily that I'll be hitting soon after I hit publish. (Yeah, this would not be a good place for a recovering alcoholic to work at.) I usually try to keep myself more reeled in, but hey, it's Beermas.

Anyways, speaking of certified autos of guys in unfamiliar uniforms, I'm running a contest for an Orioles Don Larsen auto and more, so check out yesterday's post if you missed it.

So far in this year's 12 Days series, I've featured cards of 3 baseball players (Larsen included). All three have something in common. Be the first to identify the specific similarity I'm thinking of in the comments for a couple bonus entries to the contest. I'll also give a bonus entry to the funniest answer, if you choose to go that route.

Thanks for reading and Happy Holidays!
Posted by defgav at 3:56 PM