Simply the Wes, better than all the res

The ever-generous Wes has been dropping packages of cards down the chimney of many-a cardsphere boy and girl over the past week or two, and I was lucky enough to be included on his rounds. 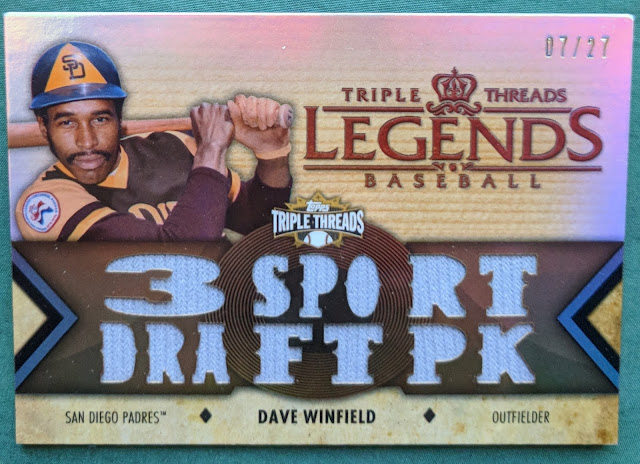 Let's kick off with this beauty. The relic cut-outs on this Dave Winfield Triple Threads card trumpet the impressive fact that not only was he drafted by the Padres, both the Atlanta Hawks (NBA) and the Utah Stars (ABA) drafted him, too. And even though he didn't play college football, he was such an amazing athlete that the Minnesota Vikings selected him in the 17th round of the NFL draft just for the hell of it. I've got a pretty legit Winfield PC going these days, and this is a great addition to it. 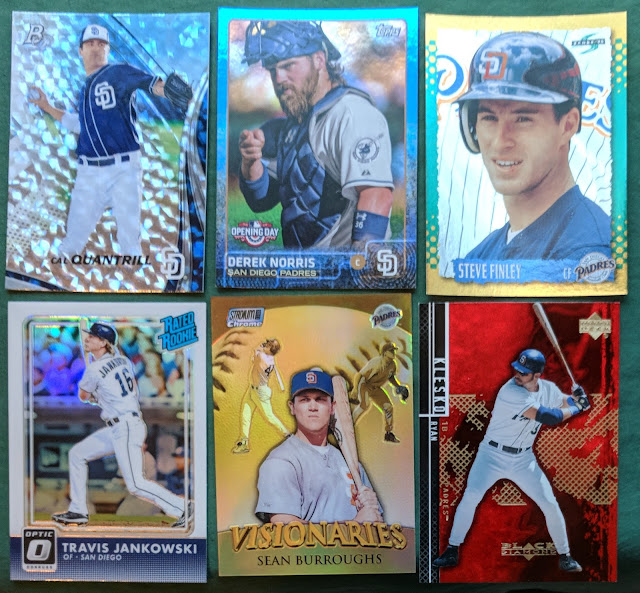 Here are some more shiny Padres.

A couple Canadian Templeton cards (recently listened to an interesting interview with him on the Super70s podcast) and a jumbo relic of Rymer Liriano. Bummer that Rymer never panned out for the Padres. Looks like he last surfaced with the White Sox. 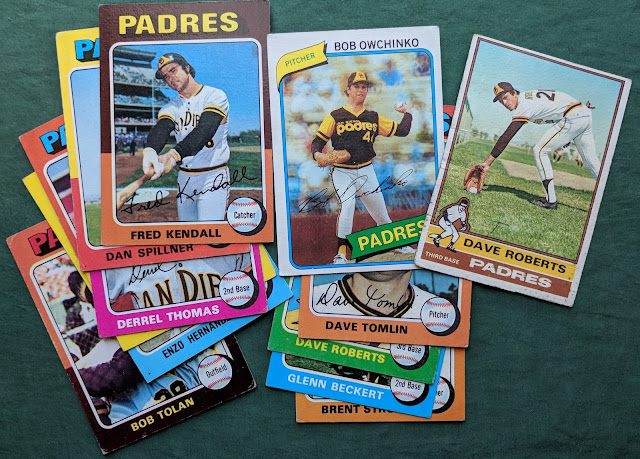 Wes tossed in some vintage too, including a bunch of 75s. 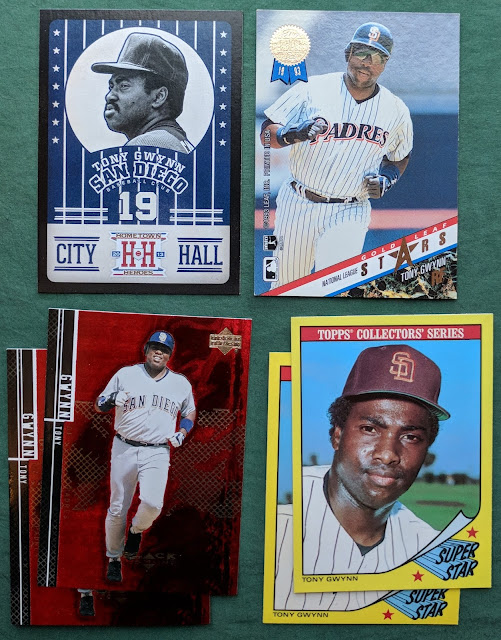 Of course any large Padre-centric mailing of cards will include some solid Tony Gwynn cards. I seem to recall those black-bordered Hometown Heroes parallels were tough pulls, just one-per-box or something like that. 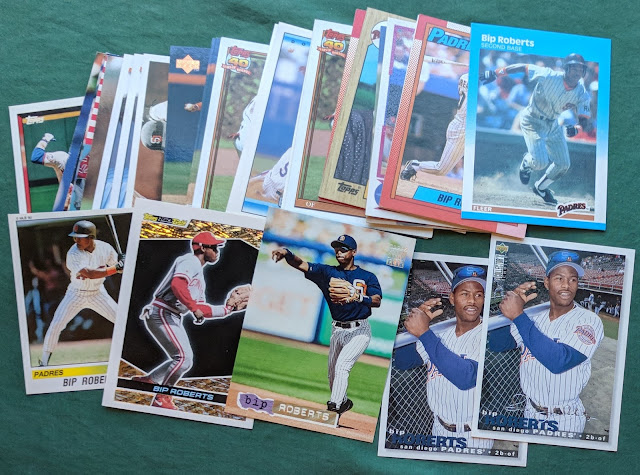 But the real featured player here was definitely Bip. I don't mind a good Bipping now and then, especially when I can add a couple new cards to the PC. 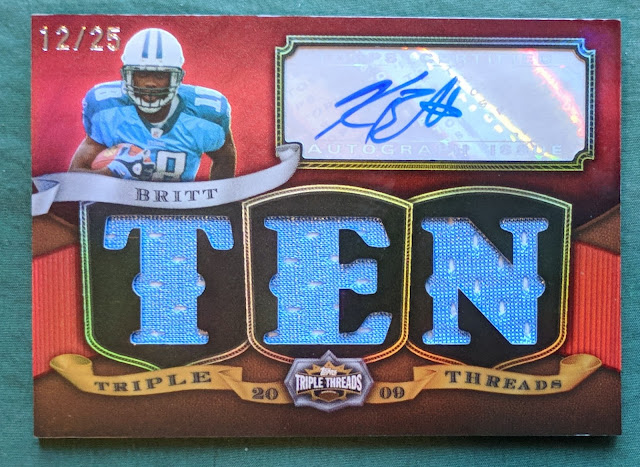 Crossing over to football, here's a gorgeous Kenny Britt Christmas Card. If/when I do another "12 Days of Christmas Cards" countdown, this would be a good pick for Day 10. 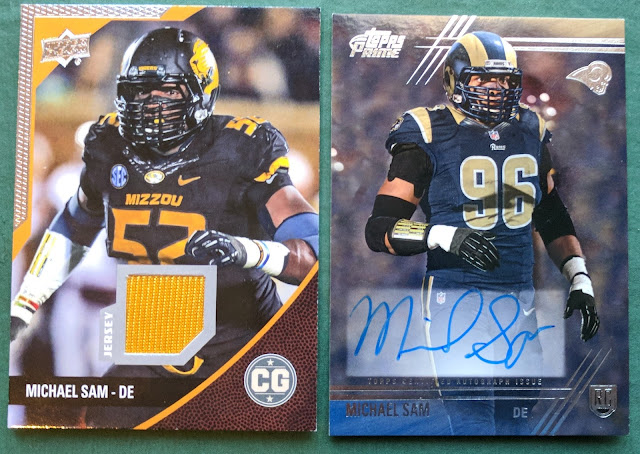 A couple big hits for my Michael Sam PC! 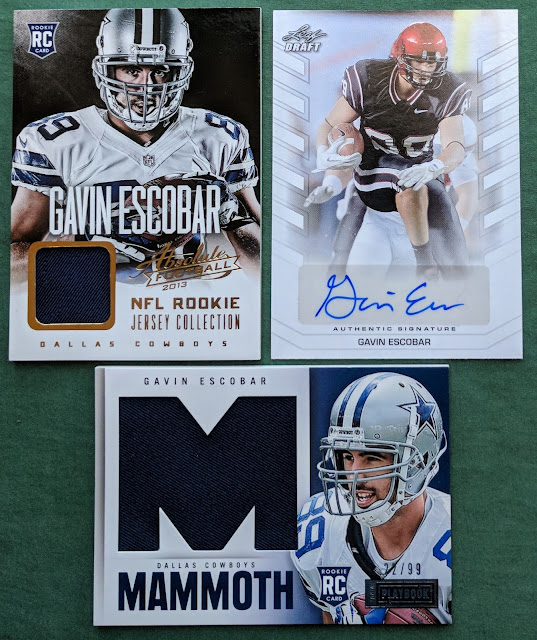 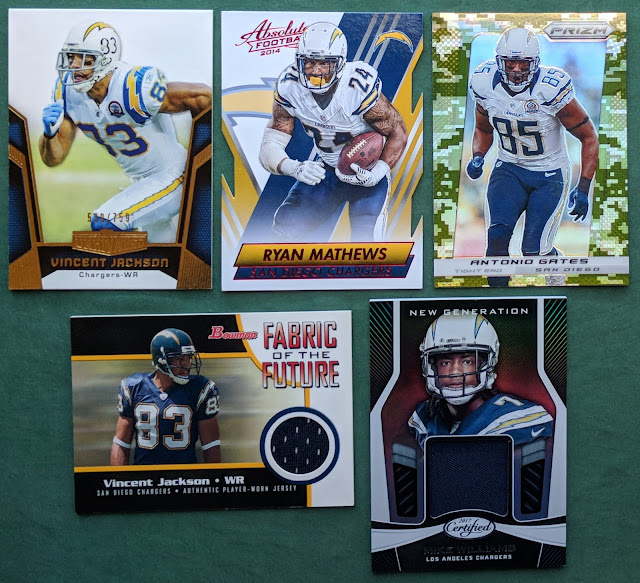 When Wes asked if he could dump his Chargers cards on me, I reluctantly agreed to take them, but I had assumed they were just a boring stack of base Score and Pro Set or whatever. But no, some good stuff here, for sure!

But the best Chargers card... 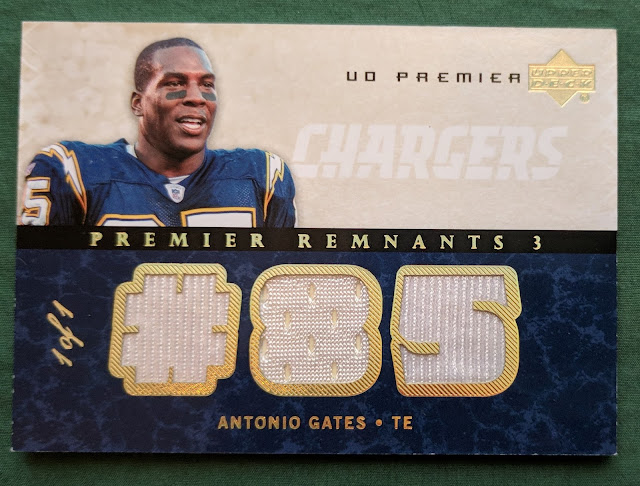 Awesome stuff. Thanks so much, Wes. I'll hit you back with some stuff soon.
Posted by defgav at 3:23 PM