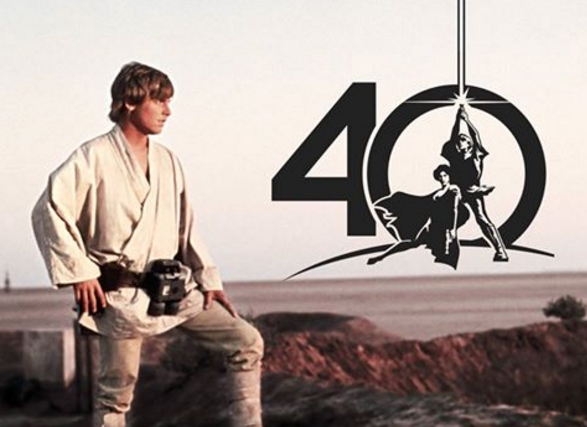 Damn it, Matt, we're 40 today. I guess it could be worse; we could have not made it to 40. So cheers to us. I don't know about you, but this past year was the year my metabolism finally caught up to me. I used to be able to eat whatever I wanted and drink all the beer I felt like with no repercussions, but no more.. now I've got a beer belly that is stubbornly sticking around despite my frequent trips to the gym. On the plus side, I'm otherwise in peak health despite that nasty finger infection I dealt with a couple months back. A positive outcome there was for the first time in my adult life, I quit the habit of biting my nails. Talk about an old dog learning a new trick!


Turns out I'm the internet's go-to Matt Ginter collector. He's a guy I collect due to the fact that he's the only major leaguer that was born the same exact day as me. A few months ago, a journalist who was working on a piece on him for a hometown periodical approached me for permission to use some of my scans of his cards from old blog posts here. I said sure, of course. Then she said, "er, actually, could you get me better quality pics?, the ones on your blog are crap." (I'm paraphrasing here.) And I said sure. The deal was I would get a copy of the magazine and photo credit therein. A month or two later, it showed up in the mail. 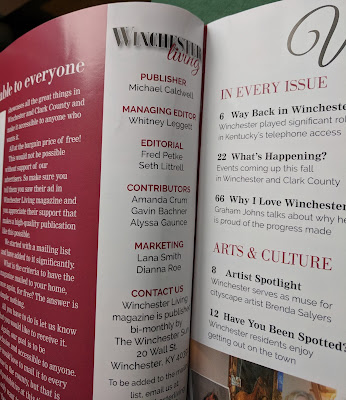 Very cool that on some very minor level, I can officially consider myself a published photographer. Just like how I consider myself a "professional musician" thanks to that one time my band got paid a few bucks to perform a decade ago. Hey, according to olympic committee rules, that counts! 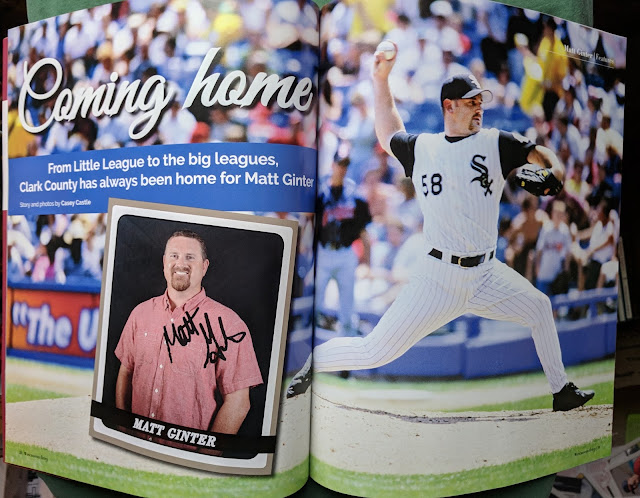 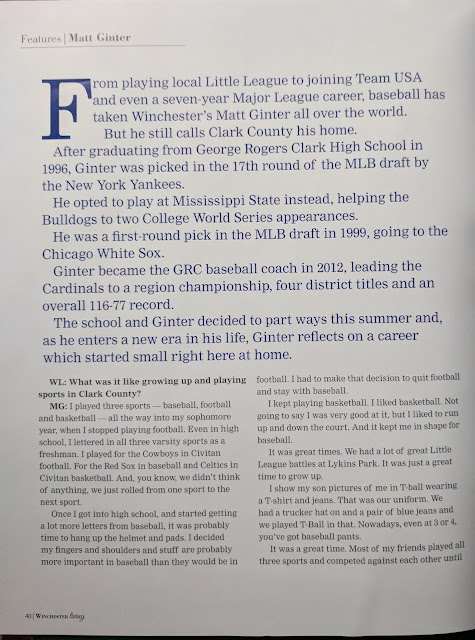 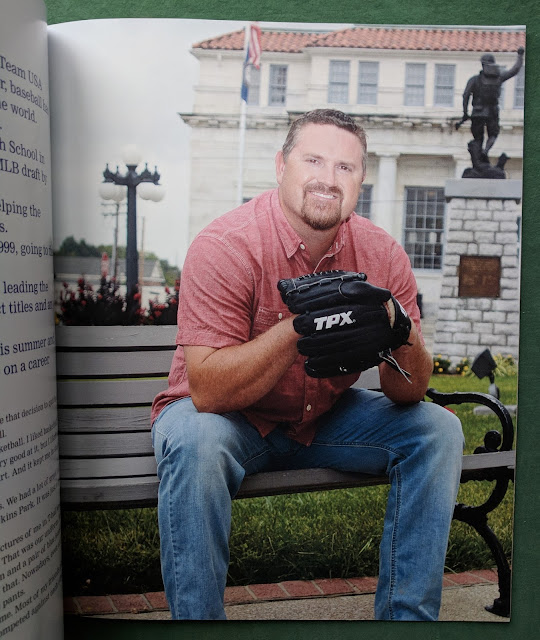 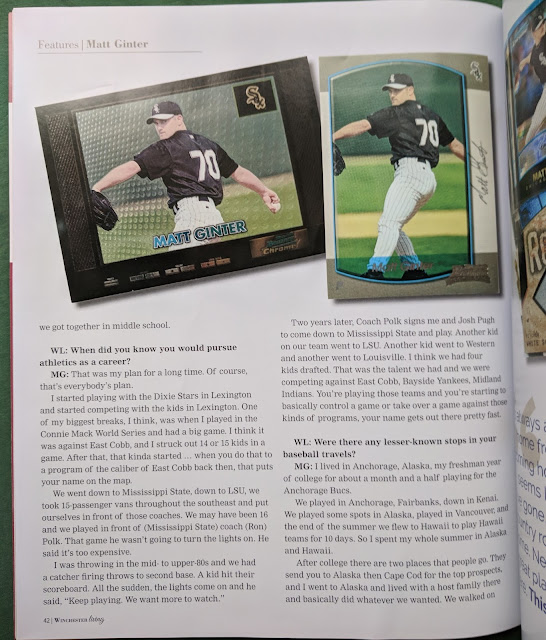 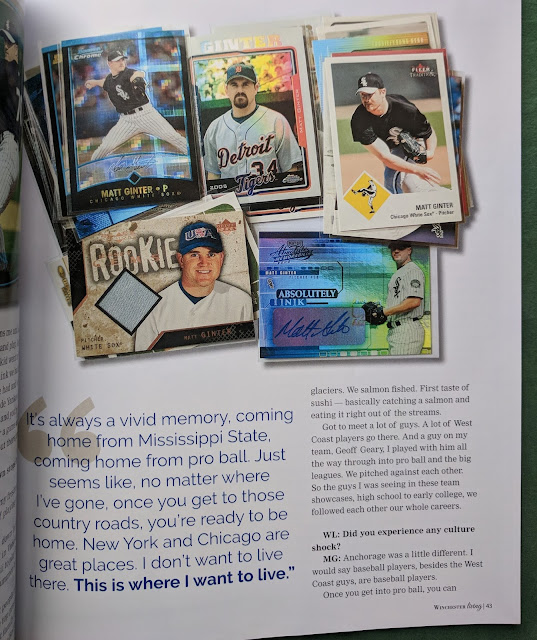 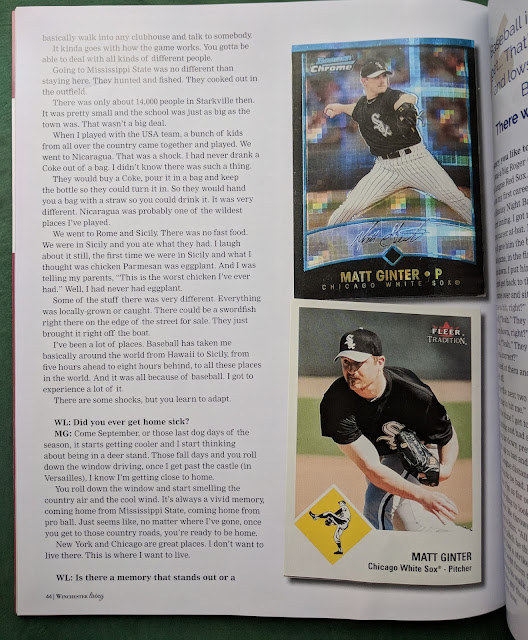 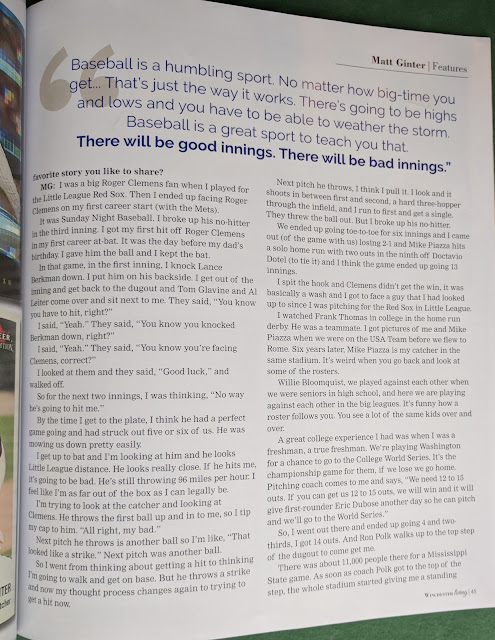 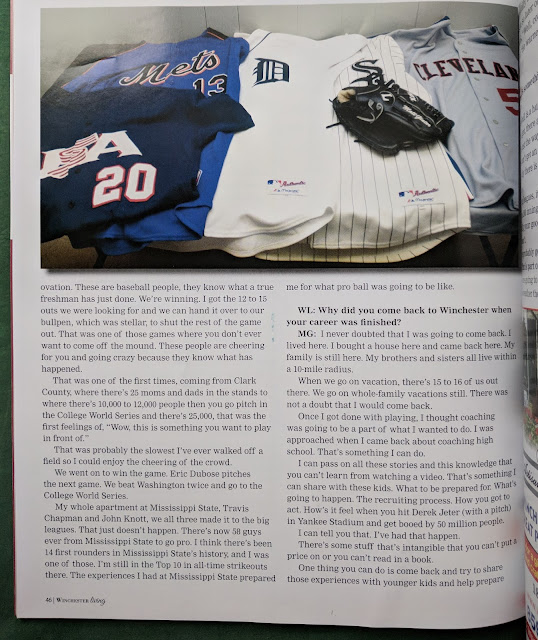 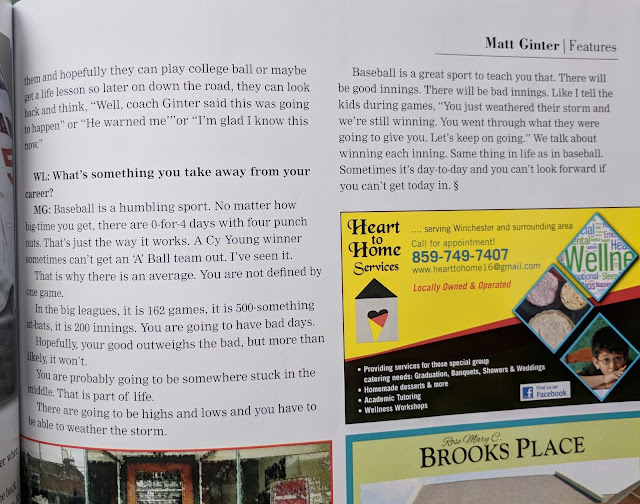 Very cool! Seems like a good guy. Big thanks to Whitney for the copy of the magazine. Nice to feel like I've gotten to know my birthday buddy a little closer now.

Here are a couple recent additions to the PC. The uncut proof Bowman refractor shared with Adam Eaton is pretty neat. The 2000 Omega card is shared with Brad Penny and is #'d 431/999.

We've reached the end of this series. Thanks to you guys for following along. The final beer is a 2017 Reserve edition of The Abyss by Deschutes Brewery. I'm no stranger to Deschutes, with their Black Butte Porter and Mirror Pond Pale Ale being go-to selections around here, but I don't spring for their fancier stuff too often, so this is a nice treat. Thanks again to my wonderful wife for another great Beermas selection. 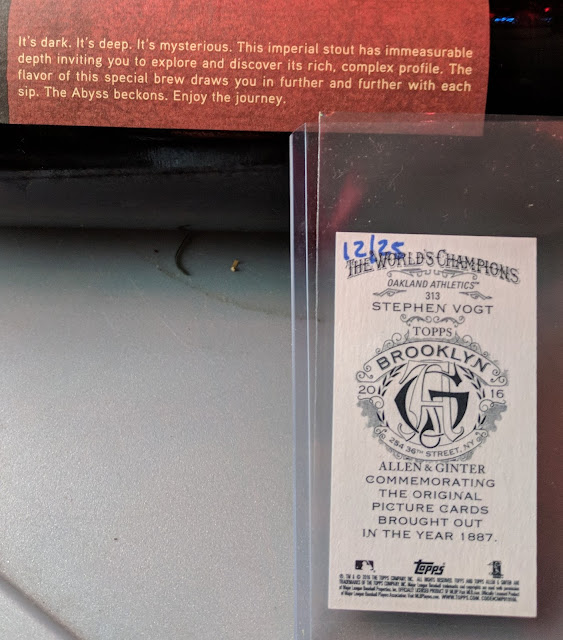 I don't have a Matt Ginter Christmas Card, but I do have an Allen & Ginter Christmas Card.. close enough! Just got this in this past week in a trade with prominent reader/non-blogger John H. He dropped me an email letting me know he pulled this Stephen Vogt hand-numbered Brooklyn Back Mini out of a blaster of 2016 Ginter, and I was able to swap some of my Giancarlo Stanton dupes for it. Thanks for the trade, John! 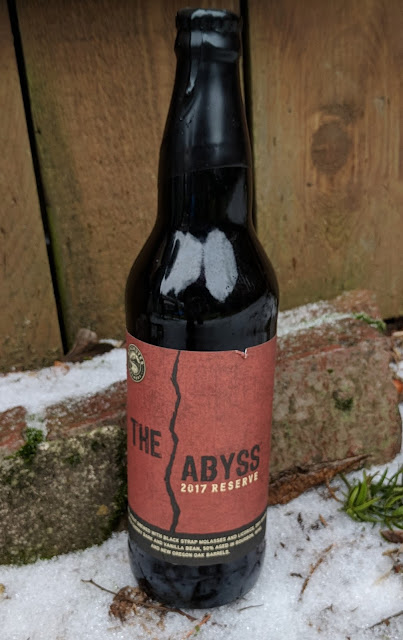 Looks like we're getting a white Christmas here in Portland this year. May your days be merry and bright.

Contest update: The entry period will end 12/24/2017 at 11:59.59 PM Pacific Time, so any commenting you wanna do for contest consideration, get it in by then. Give me at least a couple days to figure out the entries and then we'll find a winner or two. Sorry the bonus entry opportunities and additional cards to the prize package kinda dried up at the end there, but I was pretty slammed and just didn't have the time to mess with any non-essential blogging, lol. But trust me, I'll add some good cards to the prize, hopefully tailored to the collecting habits of the winner.

Thanks as always for reading and hope you have a Merry Christmas!
Posted by defgav at 12:08 PM