my Hall of Fame ballot

I recently followed Ryan Thibodauxon Twitter and have enjoyed checking out the incoming HOF ballots. I don't know anything else about him, but Ryan is a guy who tracks that kind of stuff and shares his findings with his followers. Yeah, I know the Hall is a joke and none of this really matters, but it's still interesting to me in an otherwise dead time of year for baseball.

Obviously, cardbloggers don't get an official vote for the Baseball Hall of Fame (yet), but I figured I'd get a post out of picking what my hypothetical ballot would look like, using my "best card" from each of these guys. These are in alphabetical order. 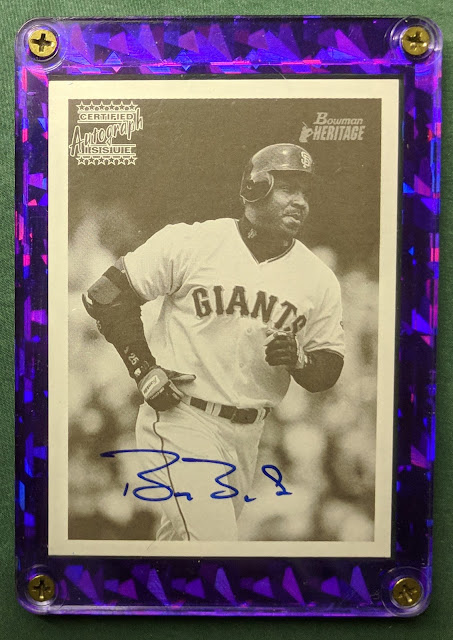 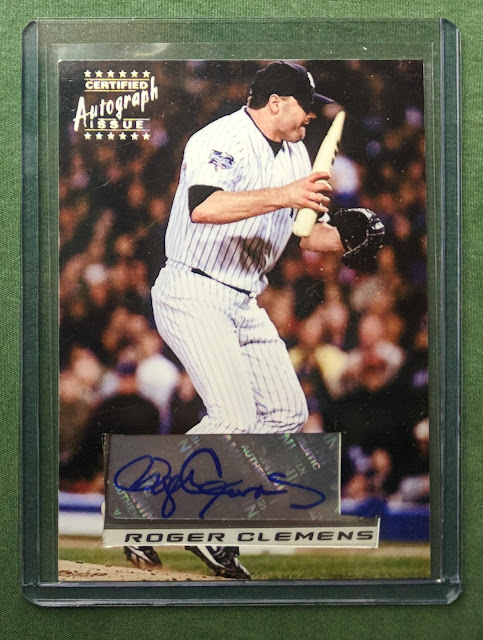 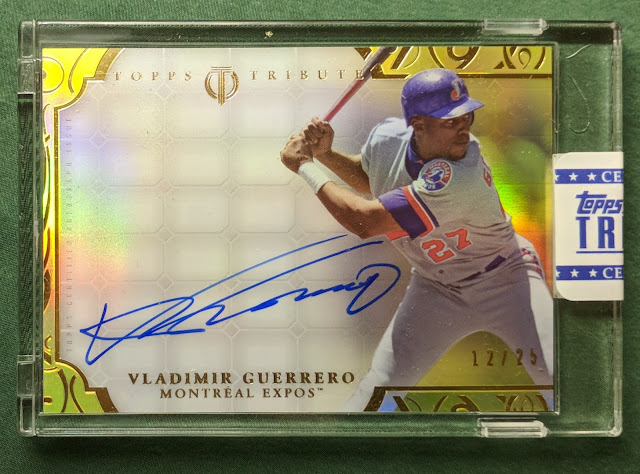 Vlad narrowly missed last year, his first on the ballot, but looks like a lock this time. 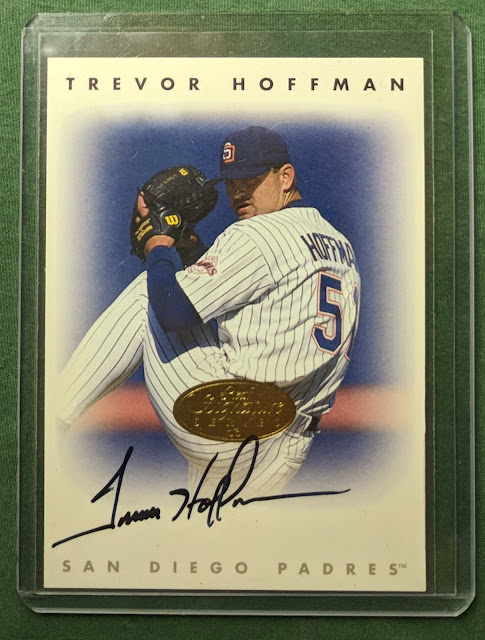 Voters haven't been making it easy on Trevor, but he's got a solid chance of sliding in this year, trending just above the minimum percentage needed so far. I don't think it's just the talk of a San Diego homer with this pick. The guy was the premiere lights-out closer in the NL for a long time. Gotta add the "in the NL" qualifier thanks to how great Mariano Rivera was in the AL, but you can't penalize Trevor for that. 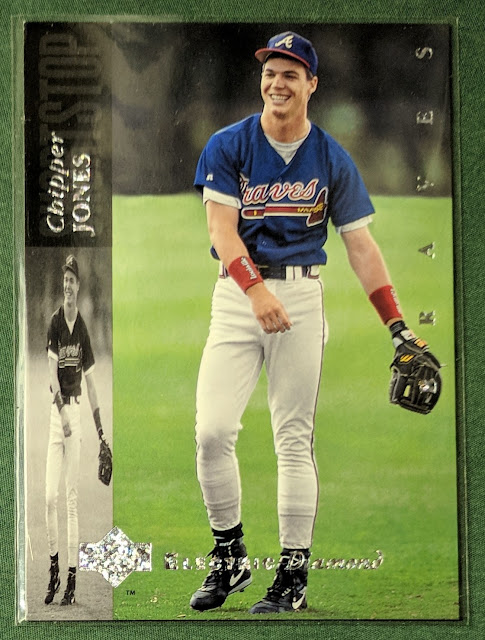 I like the Braves fine and all, but for whatever reason, was just never a big Chipper fan. Still though, can't deny that he belongs in the Hall. 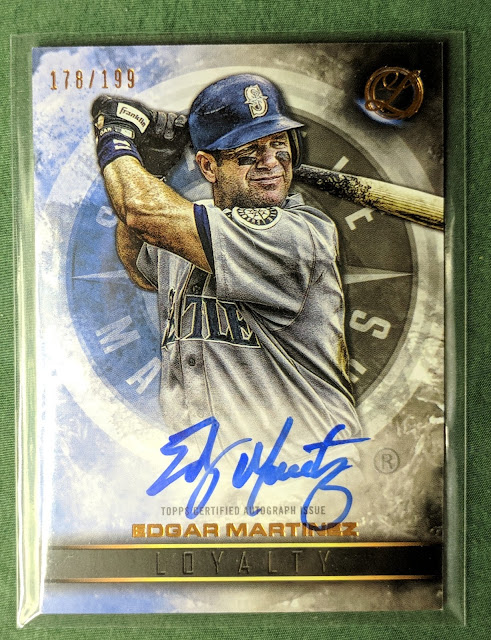 Edgar is right there with Hoffman on the cusp of victory in early voting. 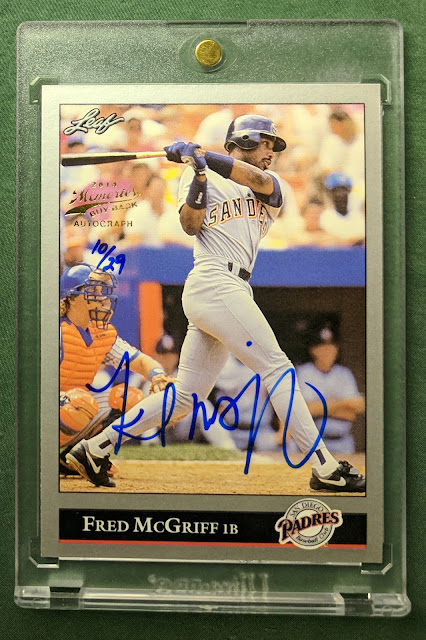 Fred McGriff should be in the Hall of Fame. He won't be getting in anytime soon, but hopefully someday.
But let's talk about that glorious card! I considered doing a whole post on this new addition to my collection, but will instead just include it here. But yeah, I had been wanting a Padres certified autograph of Crime Dog for a long while, but everything he's got on the market is either Blue Jays, Braves, or Rays.
Buybacks to the rescue! This was a 1992 Leaf card and is now a 2014 Leaf Memories buyback autograph, #'d 10/29. 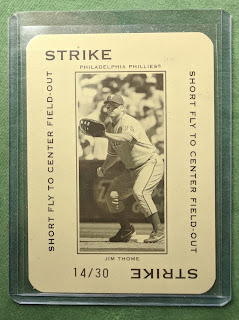 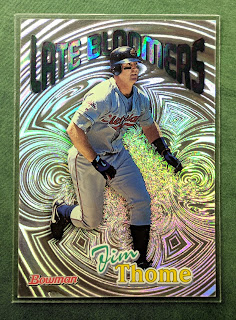 I only recently started collecting Jim Thome in earnest a year or two ago, and don't have all that many of his cards. Looks like he's easily going to be a first-ballot Hall of Famer, if early results are any indication. 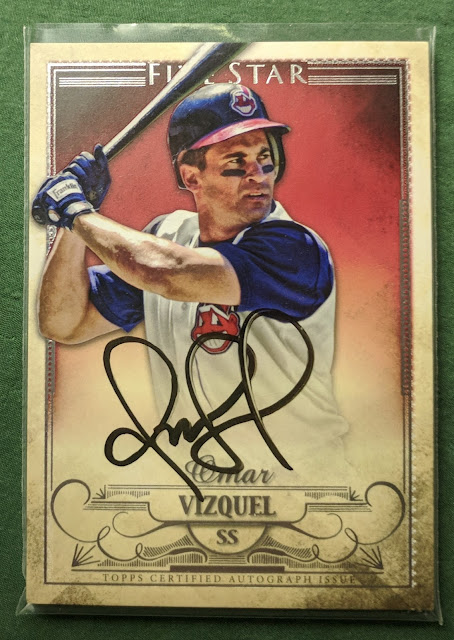 I guess I'm a fan of longevity. If you play in the Major Leagues for 20+ years, I say you belong in the HOF regardless of your numbers. Omar Vizquel was an elite shortstop for a looong time. Sure, he was overshadowed by the likes of Ripken and Jeter, but come on, put him in. Looks like he's in store for the Alan Trammell treatment. 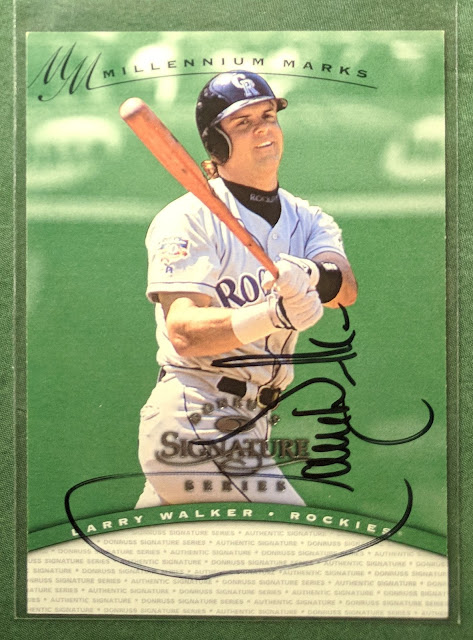 And rounding out my picks is Larry Walker. He gets dinged for playing in the rarefied air of Colorado for much of his career, but his stats on the road during that time were nearly as good. Like McGriff, he won't be getting the Call to the Hall anytime time soon... but one of these days, people will look back and wake up and realize how great these two were in the juicing era that prevented them from standing out as much at the time.

So there are my 10 picks. You probably disagree with some of them, but that's the nature of this stuff.
Feel free to post your choices in the comments. If I could vote for more than 10, or vote for guys not on the current ballot, I definitely would.

Thanks for reading and have a great holiday weekend!