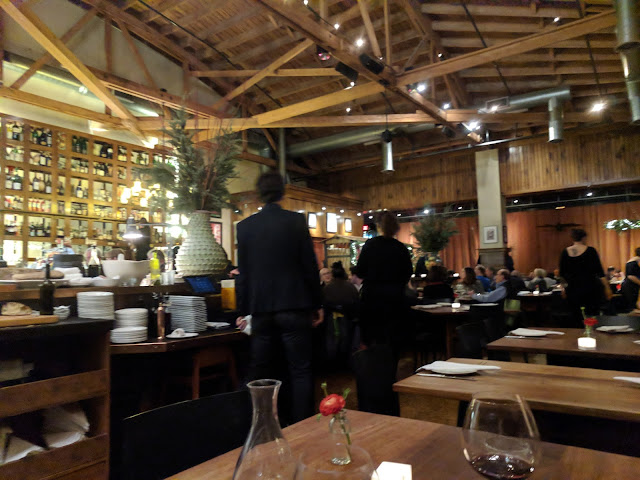 My wife and I kicked off my birthday weekend in style Friday night. First, we went out to eat at a fancy restaurant. And it wasn't just any fancy restaurant, but rather one that was a block away from our old dog park. I'd always pass by it when taking our late, great dog Lucy to play at the park. It became a running joke that it was my dream place to eat. So that was neat to finally check it out. Great food, nice bottle of wine. It was probably the most expensive 2-person meal either of us have ever had, but gotta go all-out sometimes. 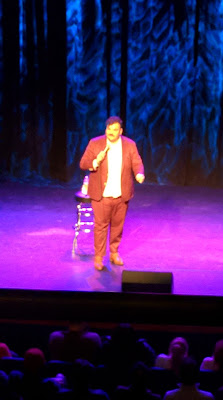 After dessert (an incredible butterscotch pudding type of thing), we killed some time at a nearby bar, then walked over a block or two Revolution Hall for a sold out stand-up comedy show headlined by Ian Karmel. Also performing were David Gborie, Sean Jordan, and one other guy whose name I can't recall, but they were all very funny. Wonderful night all around.

Oh, and my wife surprised me with a nice top-of-the-line MacBook! Very excited about that. This current Mac of mine has been having some annoying issues lately, so I had been bemoaning it a bit, but wasn't expecting a nice new one for my birthday, rather was planning to suffer through 2018 with the current computer, then ask for a new one this time next year. She's so good to me!

It's the penultimate day of Beermas 2017. 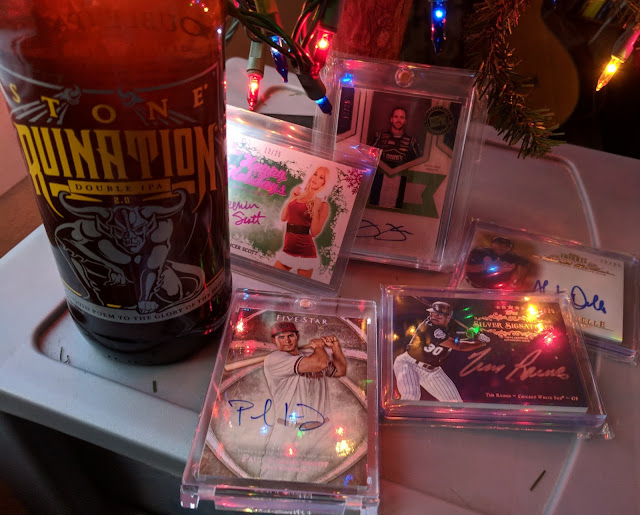 I'm out of new 12/25 cards to show off (one left saved for tomorrow), so here are a few favorites I picked out from my collection. 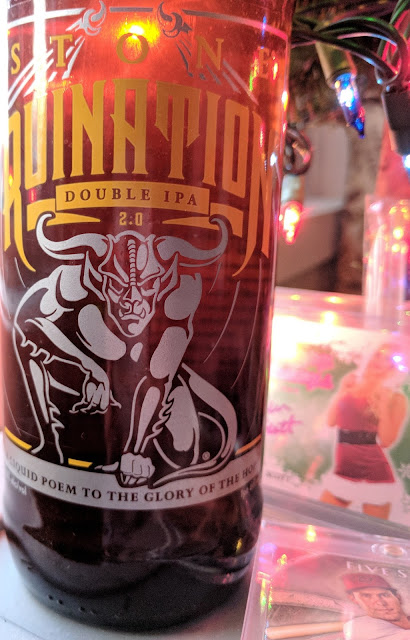 The beer is a Ruination Double IPA by Stone Brewing out of San Diego. Stone is one of my favorite breweries. We had a great time taking the tour last time I was down in San Diego. 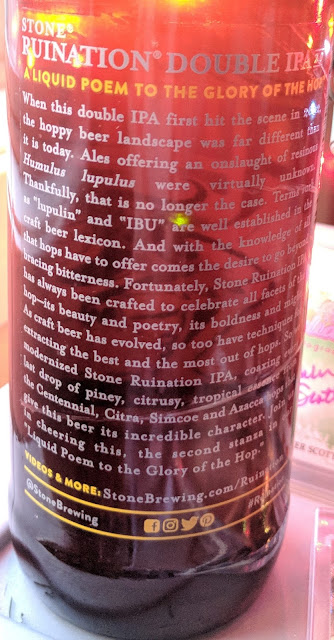 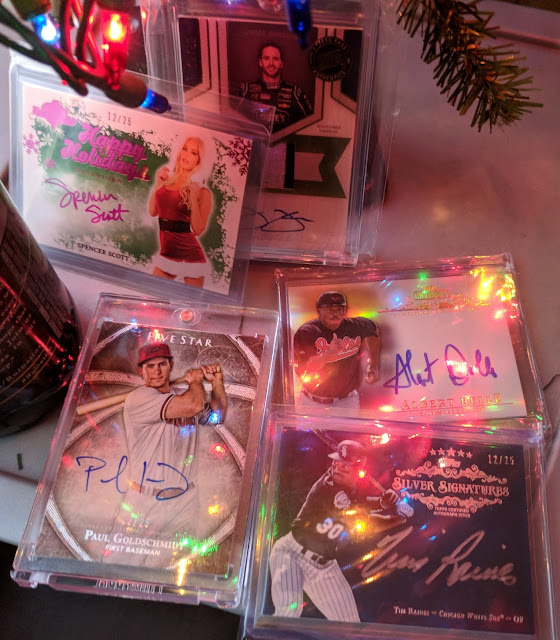 Got the Jimmie Johnson card in there for the San Diego connection. Spencer Scott is a cutie. The Goldschmidt was a heart-warming surprise from Daniel Wilson a while back. The Albert Belle and Tim Raines are there for Jingle "Belle/Rock".

Thanks for reading and Happy Holidays!
Posted by defgav at 4:30 PM