December 2nd.. wow, that's gotta be the earliest-in-the-month of the monthly card shows since I've been going to Portland's Mall 205 Sports Card and Collectible Show. Hey, I'm more than happy to keep away from the mall the farthest away from Christmas as possible, so I'm happy about this date. Much greater than 21 or so days from now, with St. Nick banging on the chimney. No one wants to be at the mall then.

Backtracking a little, my wife and I went to the 2017 Holiday Ale Fest last night. It was a lot of fun and we tried a bunch of interesting beers. The clear favorite for us was Three Mugs Brewing Company's Mrs. Claus's Peppermint Desire White Chocolate Ale. With a name like that, it could have gone either way, but man, it was great. But anyways, luckily my hangover this morning wasn't too bad, so it didn't effect my cardshowing, though I did keep in tight, in and out in under a couple hours.

Let's check out some highlights! 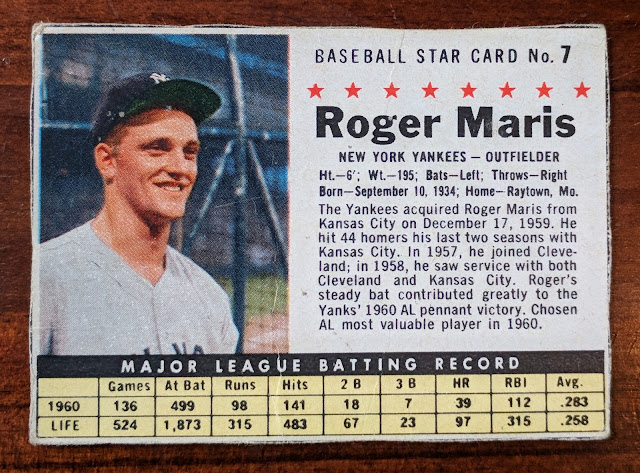 Here's a card I couldn't slam onto my stack fast enough, though I tried to play it cool. Vintage '61 Maris oddball for under a buck? Yes, please! It's got some crayon on the otherwise blank back, but still. I don't collect Maris very much, mainly because he reminds me of a certain neighborhood bully from my childhood, but hey, this was a no-brainer. 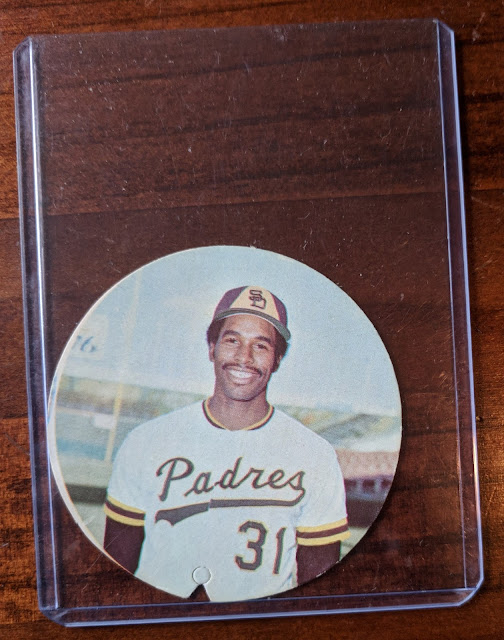 The vintage oddball scores continue with this Winfield rookie disc. I remember seeing it at the last show, but thought I had it already so passed it up, but I think I had it confused with Nate Colbert. I was happy to come across it again and not let it slip away a second time. It's a 1974 McDonald's San Diego Padres Disc. Probably came in the bottom of a Coke or something. Even with this one being miscut, I think this is like at least a $10 item (cheapest on COMC right now is $48.25), so a good deal. All the cards I bought today were from Bill's 7-for-$5 bins, by the way. Oh man, there was a scary moment today when Bill collapsed on the floor. His wife (who helps spot him at the shows) was understandably freaking out a little. Bill played it off like it wasn't a big deal, that he was leaning against the table and his elbow gave out. But man, I was right there, and it really seemed like he briefly passed out. But he seemed to be ok after he got up, so I went back to thumbing through the cards. If his wife rushed him off to the hospital mid-show, what's the etiquette there? What would be the fate of my stack?! I shouldn't be glib about it. But yeah, Bill isn't a young man anymore and he smokes like a chimney. It probably wouldn't be a shock to arrive at a show one of these months and him not being there, permanently. That would suck though. He's a good guy, not to mention my go-to dealer at the show. Anyways, back to the cards. 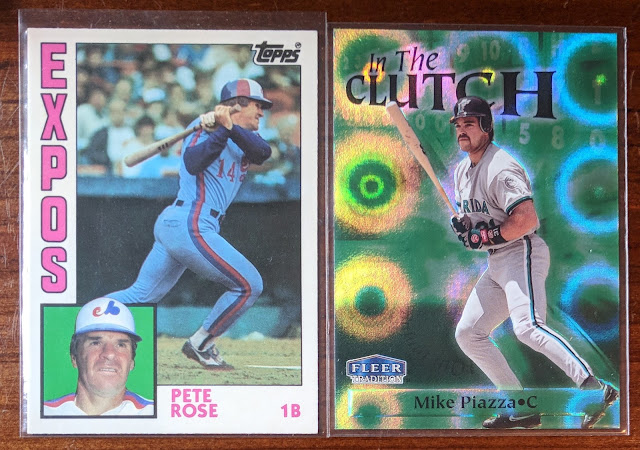 While I'm not crazy about the Gold Label reboot (they should be on Chrome stock, damn it, not foilboard), I still am a sucker for parallels. Goldschmidt /99, Donaldson /75, Votto /50. 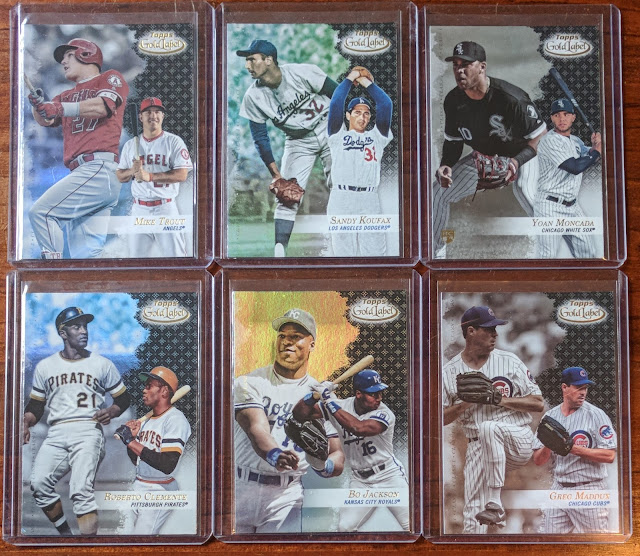 And some nice unnumbered black parallels. 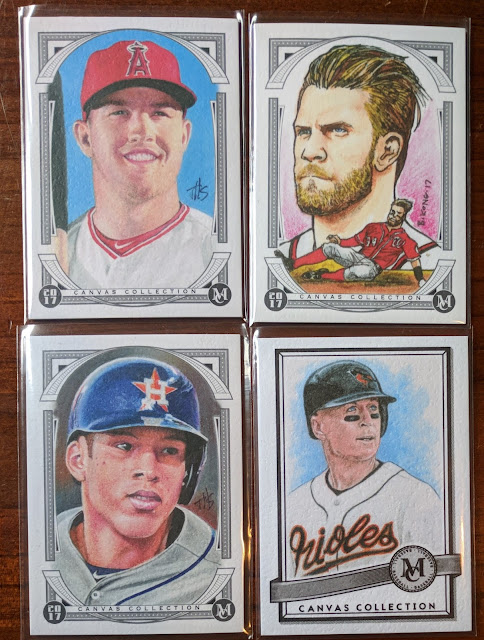 Maybe you remember my post from the November show where I lamented passing up some 2017 Museum Collection "Canvas Collection" cards? Well, lucky me, they were still there this show (except the Kris Bryant seems to have been snatched up, but a Cal from 2016 popped up in his place). As I said then, I don't really care for mass-produced art cards like this (see also 2017 Topps Gallery). But hey, for the right price, I'll pick up PC guys.

Ok, let's call it good for today, but I've still got probably 2 or 3 more posts worth of cards from the show. See ya next time!
Posted by defgav at 3:00 PM