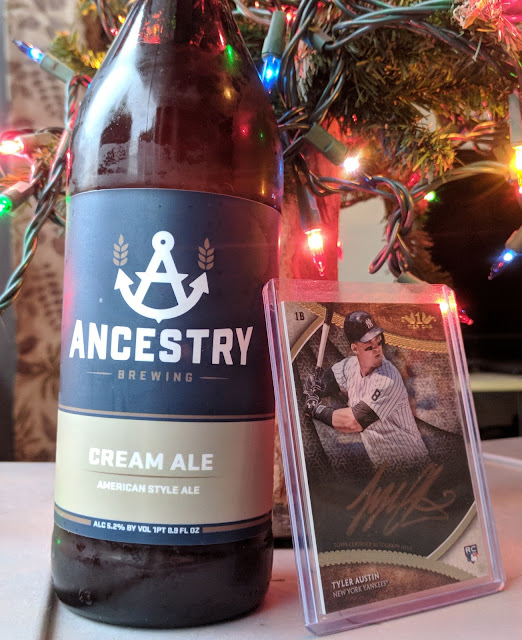 Twelve Days of Christmas Cards and Beermas continues with a cream ale from Ancestry Brewing and a 2017 Tier One auto of Tyler Austin. Ancestry is based in Tualatin, Oregon, which isn't super far from me, though I've never spent much time there. I love a nice smooth cream ale, so I'm looking forward to this tonight. (UPDATE: This was very nice. Just as smooth as I was hoping.) 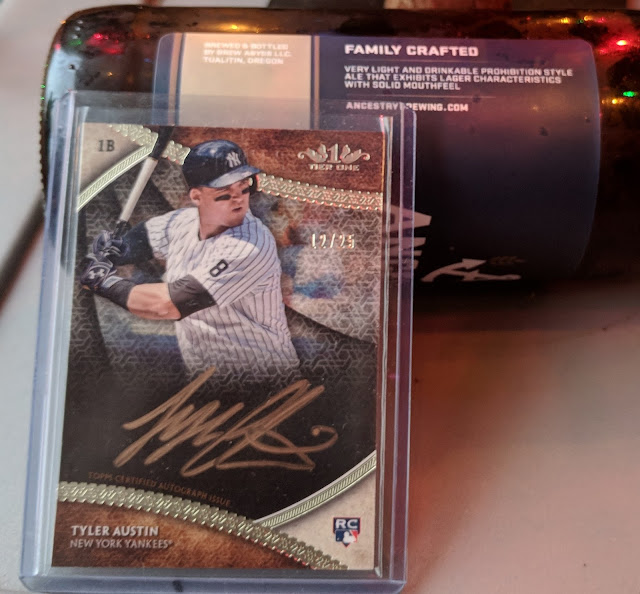 I don't have strong opinions on Tyler Austin, pretty sure I was just checking out affordable 12/25 cards that caught my eye on eBay, tossing around a few bids, and ended up winning this. It's a nice looking card. Love the metallic signature on the black background. Austin has had solid success in the minors, but hasn't done much in his limited MLB action so far. He was the other Yankee rookie featured in nearly every Topps product in 2017, and I'm sure he broke many hearts of collectors who momentarily thought they had struck a Judge before taking a closer look.

Well, it's the week before Christmas, so I don't have a lot of time today (Running a daily blog series leading up to Christmas is a fun idea, but dumb in practice. Taking a day or two off from blogging here and there would be nice right about now). But to squeeze in a quick recent pickup, with today's beer of "ancestry" and "prohibition" calling to mind olden days. here's the oldest card from my recent COMC order:

I think I was probably browsing with the search term "glow" looking for glow-in-the-dark cards to add to that minicollection, when this one showed up. The card itself doesn't glow of course, but hey, the subject is glowing-related, plus I'm a sucker for old tobacco cards like this, and it was only a buck, so it was an easy buy. 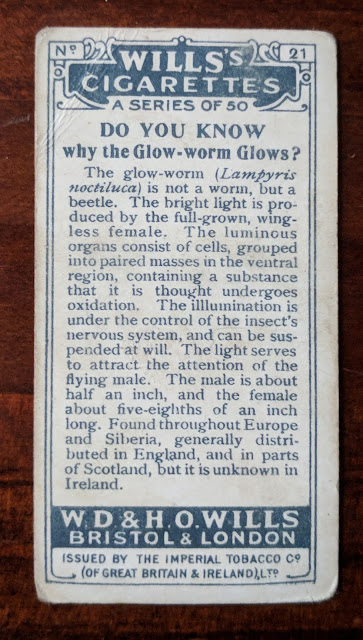 That's it for today. See you next time.
Posted by defgav at 4:04 PM