Trade Recap and so much more

Very happy to just now learn that Alan Trammell and Jack Morris got the nod for the Hall of Fame. I suppose that makes Trammel a "guy I collect" now since he fits into the parameters of a HOFer who suited up for the Padres (he was a coach with them for a few years; count it). Jack Morris I never collected much, but always liked him alright. My baseball fandom was at its peak as a kid in the early 90s when he had his greatest moments, so I suppose that stuck with me. I know some stat-heads don't think he's worthy, looking at his career numbers that won't blow you away or anything, but I'm happy to see him get in. (and I'm bummed the other guys on the ballot didn't get in. Marvin Miller not being in is especially an embarrassment for the Hall. I was really expecting the vote to be just for him this year, no players. So it's bittersweet that 2 players got in, but not him.)

I'm a large hall guy with the HOF. Though when it comes to decking the halls, I'm a small hall guy. Here it is December 10th and I'm just now getting the decorations out of storage. About two weeks before Christmas through one week after, that's acceptable time for Xmas decorations in my household. Try bringing that shit in my house in November and you'll get that yule log up your ass.

Ok, with that rambling out of the way, let's catch up on some trade packages that've arrived over the past week.

First up was a big, heavy box from Billy over at Cardboard History. Very appreciated, but I feel bad when somebody pays a lot of postage to send me something. Always remember to look into Priority Mail flat-rate boxes when choosing a shipping method. If you're sending something heavy, chances are you could save some money using a flat-rate box, and they're available free from your local post office. 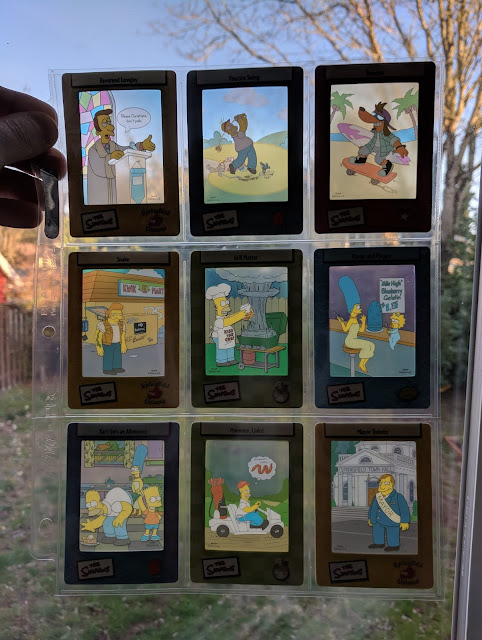 Check out these cool Simpsons cards Billy hooked me up with. It's an all-time favorite show of mine, but I really haven't delved into Simpsons cards much yet. Maybe one of these days. But yeah, definitely appreciate any given to me in trades. 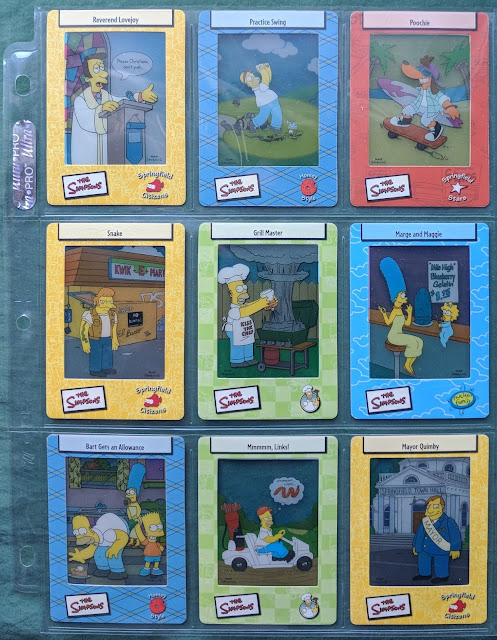 Here's a look at the same cards but without the light shining through them. 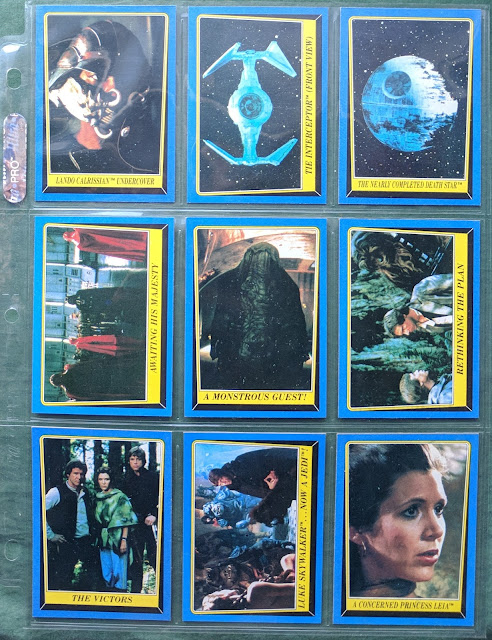 And a page of Star Wars cards. These were in such great shape that I assumed they were from a recent product at first, but no, copyright 1983 Return of the Jedi cards. Very cool. 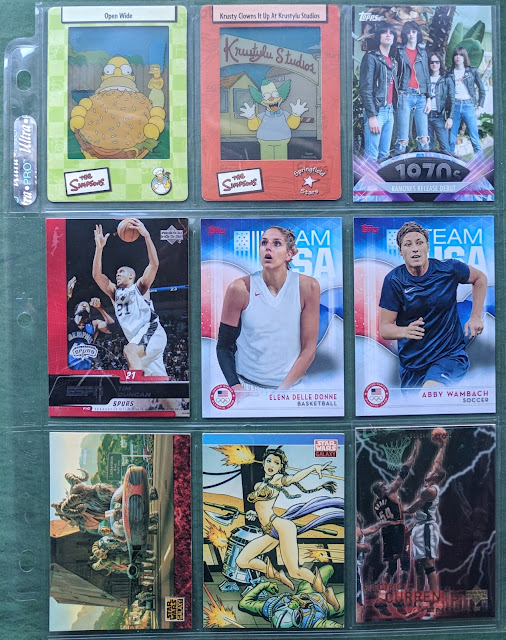 And here we have a couple more of those Simpsons cards. That Ramones card is a lock for the "We Didn't Start The Fire" Binder for punk rock. Also a couple more Star Wars cards, a couple Tim Duncan cards, and a couple lady olympians. 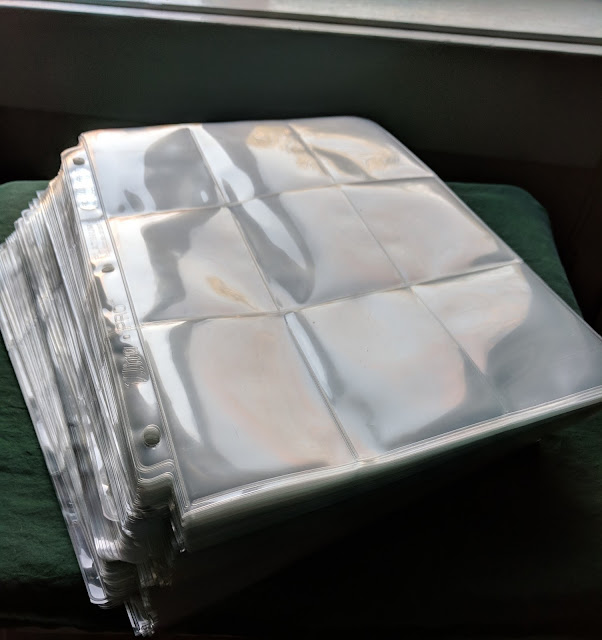 But the real heft of Billy's package was this lot of 9-card pages. He offered these up on his blog a while ago, and I jumped at them.

I have a few binders I snagged from my old work a couple years ago when they skipped town and have been meaning to score some pages for them ever since. Billy to the rescue! 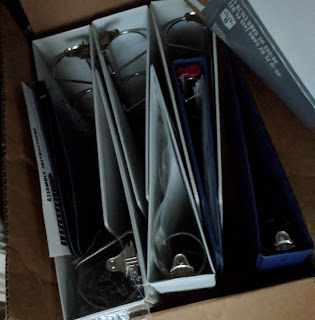 Now I just gotta decide what to put in them. My 2011 Topps frankenset is probably the top candidate at the moment. And perhaps a vintage set or two. Which vintage set would you say looks best in pages? I haven't even started 1959 Topps yet, but they always look so good when I see a page/scannerbed full on the blogs, so if/when I go after that set, it's gotta go in a binder, even though I'm generally a box guy.

Big thanks, Billy! I'm sure I'll be hitting you back with another box before long.

Next is Bo from Baseball Cards Come to Life! 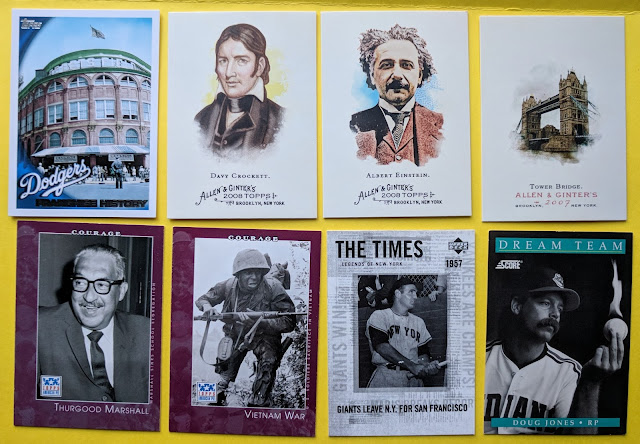 Bo's latest mailing was entirely candidates for the Billy Joel binder. There are some shoe-ins, like Davy Crockett and Albert Einstein, and some others that might be a stretch, but will still fight for a spot and probably at least make it in as temporary placeholders. 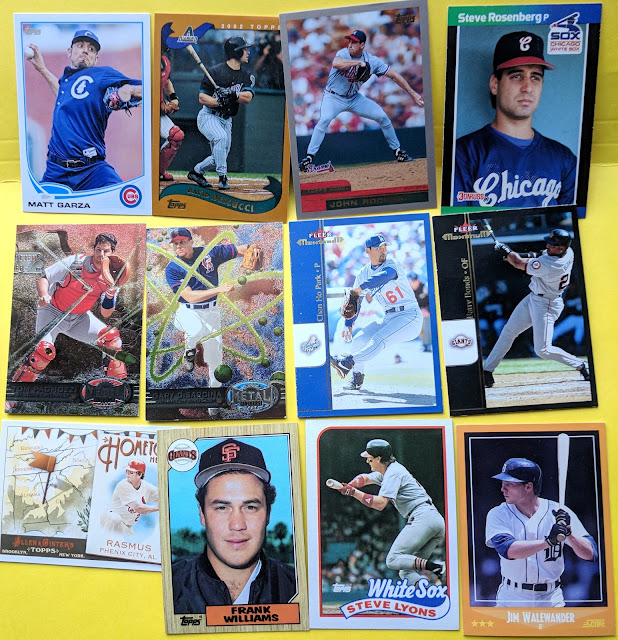 As a Dead Milkmen fan, I'm pleased to finally have "their card" (the '88 Score Jim Walewander that mentions them in the write-up on the back). That was for consideration for the punk rock slot, though I think I've got to give the nod to the Ramones card featured earlier in this post.

I need to sit down with the binder and slot in the new additions sometime this week.

Thanks, Bo! Glad to hear you're happy with the recent batch of cards I sent your way.

And finally, here's a surprise package from Jason at Hoarding Cardboard. 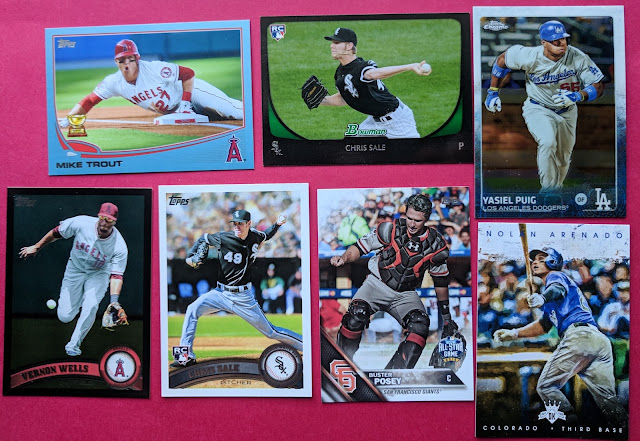 Trout rookie cup parallel! Also a 2011 Topps parallel and a few other dudes I collect. 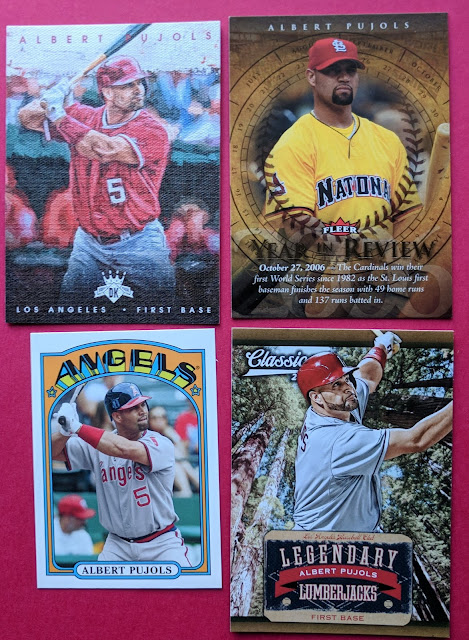 Nice 4-card lot of Albert Pujols. Some recent chatter on what the Angels' big signing of Shohei Ohtani will mean for Pujols' playing time. Chances are Ohtani will see plenty of time at DH, perhaps relegating Albert to being a very expensive pinch-hitter. But regardless, the guy is still a future first-ballot HOFer due to his incredible prime years. 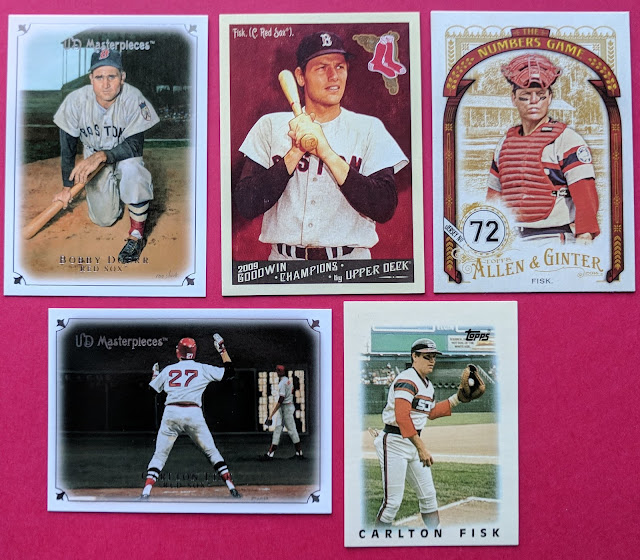 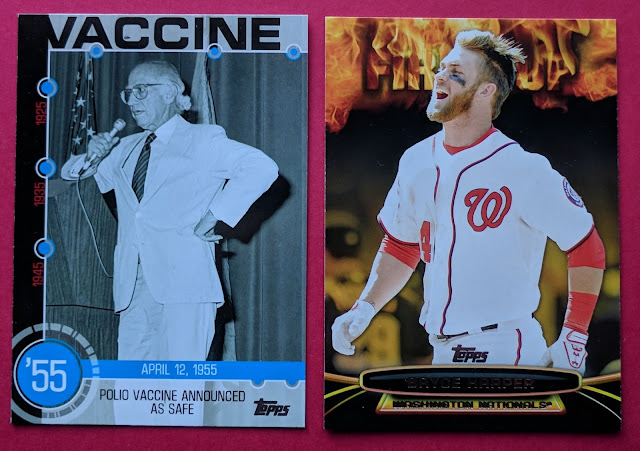 And here's a perfect card for the vaccine slot in the Billy Joel binder! Not sure if the "fired up" Bryce Harper card was included for consideration into that project too, or just included because he's a guy I collect. But regardless, thanks, Jason! I'll try to hit you back with some cards soon.

Ok, one last thing for today. I've sent out big "CDs and cards" boxes to a few different collectors now. You can read satisfied customers' glowing blog posts here, here, here, and here. Again, it's just $20 (with free US shipping) to me via Paypal and you get a big box chock full of random CDs and cards, with me doing my best to go heavy on teams/bands you like, given what I've got available. While I've successfully pared down my collections a lot (both CDs and unwanted cards), I could still fill another 2 or 3 boxes to reach my goal, so if anyone out there was thinking about taking me up on the offer, let me know!

And as a bonus, you can pick any 2 of these below encased cards, while supplies last.. 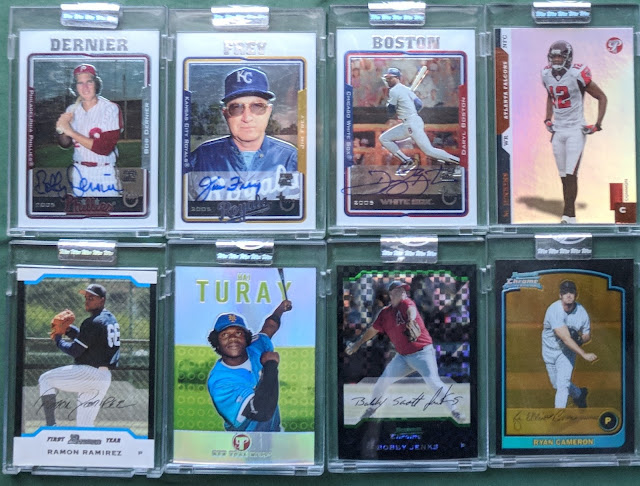 Thanks as always for reading and best of luck in the coming week!
Posted by defgav at 5:10 PM