Breaking a 2015 Topps factory set, with several highlights and lowlights

My monthly "black friday stockpile" box for October is a 2015 Topps factory set. Breaking a set isn't as exciting as a hobby box, since (unless there are some random bonus parallels or something) you know what you're gonna get. But still fun. And I couldn't pass it up for the price. 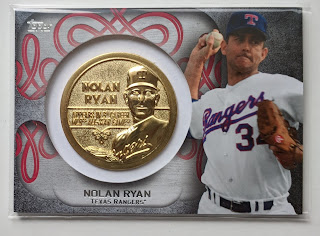 This set came with a bonus Nolan Ryan medallion card. Not super interesting, but I'll take it.
"Dreams" is a song by Beck, released on June 15, 2015, the lead single from his tenth album, Colors.

2015 Topps has a dreamy feel to it and is possibly the most colorful set Topps has put out since 1975. Let's check out some highlights.

Here we go! This trio of Cubbie rookies covers the price-of-a-blaster I spent on the whole set. The other 700+ cards (counting the rookie variations) are just gravy!

The main reason I wanted to buy the set is I had no luck scoring a Kris Bryant Topps rookie that I wanted for my PC. Now I've got it, plus the factory set image variation too. Kris had a down year, so it'd probably be easier to find his cards now than last November when I bought this (I'm still looking for his 2015 Stadium Club RC, FYI), but I'm still happy with the purchase. For one thing, great to also get a Javier Baez rookie card after his MVP-caliber season has hyped up his cards. And apparently this is a scarcer variation that lists his position on the front as 2B (the more common version lists him as SS).. score! 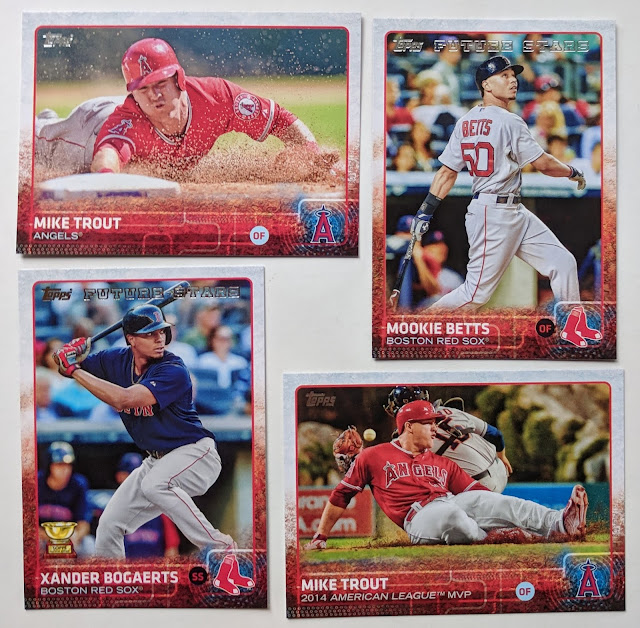 Among the other top cards in the set are a pair of sliding Trouts and Sox Future Stars.

I like the design of 2015 Topps.. especially in hindsight with the crap that they've put out since, making it look better by comparison.. and I wrestled with the decision to keep the set intact rather than split it up into my PCs and funnel the remainder into my for-trade box(es). But then something happened that helped make the decision easier to go with the latter...

The hell?! A big chunk of the set was miscut. After over 60 years making baseball cards, you'd think Topps would have worked out the kinks by now, but nope. I already had the Harper, so that's no big loss, but I think I needed the Springer, so that one hurts. When these started popping up, I panicked a little that the Bryant might be miscut (I didn't "pull" that one till the end of the set).. though thankfully it was fine. But yeah, probably about 30-40 cards were noticeably off-center top to bottom.

Anybody out there collect miscut cards? Because I've got a bunch available. I know JediJeff does, but that S.O.B. has owed me cards since last year, so I'm not exactly anxious to build a trade package for him right now. :P
Hey, technically speaking, modern miscut cards are a lot more scarce than properly cut cards!

Here are some more "lowlights" of the miscut cards, though these aren't as bad as the other three.

I wonder if one reason Topps has gone the little-to-no-borders route lately for flagship is there's less chance of noticeable miscuts. 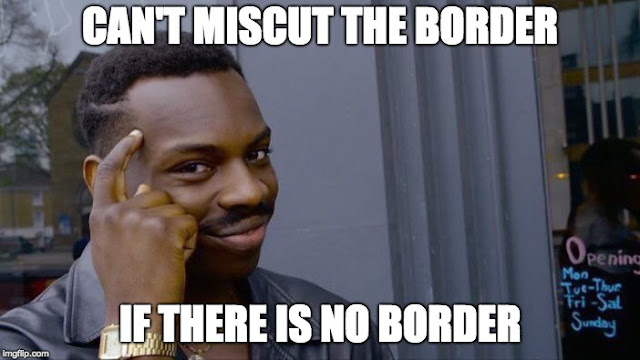 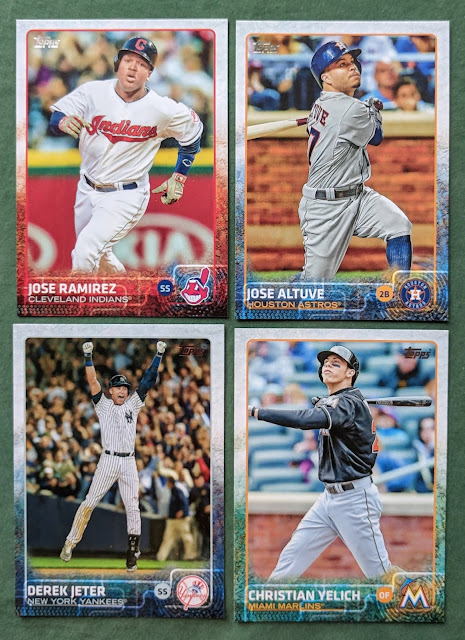 And we'll close out with a few more highlights. The playoffs have been great so far. I don't really have a horse in the race, so I pretty much just root for the underdog. I suppose I'm hoping for a Brewers/Indians WS, seeing as those are the longest championship droughts, but we'll see how it shakes out.


So there are some highlights from a factory set of 2015 Topps. If anybody's still building this set, please get in touch about a trade since I've got most of the set available (other than plucking out a few PC guys and notable RCs) and would like to clear it out so I'll trade heavily in your favor. Just make it worth my shipping cost.

Thanks for reading and have a great weekend!
Posted by defgav at 3:49 PM