As we enter the League Championship Series portion of the 2018 MLB Postseason, I'm declaring my rooting interest lies with Milwaukee.

I like the Astros, but they just won last year, so that'd be boring if they won again. I like the Red Sox, but I've hated their manager since his playing days. I don't like the Dodgers, but I like Dodger card bloggers. (Night Owl Cards has seemed a little mopey lately, he could use a win.) But other than Ryan Braun being a douche, the Brewers are the easiest team standing for me to root for right now.

The big name out of Milwaukee this year is Christian Yelich. I started a low-key PC of him a couple years back, when he was a solid young player under the radar in Miami. Now that he's had a breakout season, I've bumped him up the priority list on my wantlist. Would love to build up my Yelich's, so I'd be down to trade for any I don't have. 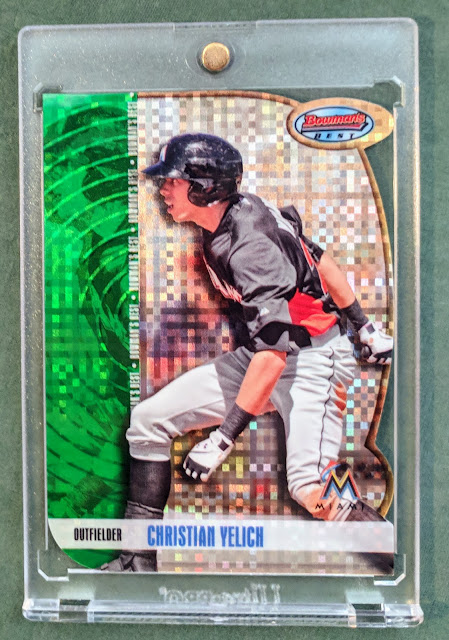 This is my best Yelich card, a pre-rookie die-cut X-Fractor 2012 Bowman Draft Picks & Prospects - Bowman's Best insert.
And the best part of this Bowman?... 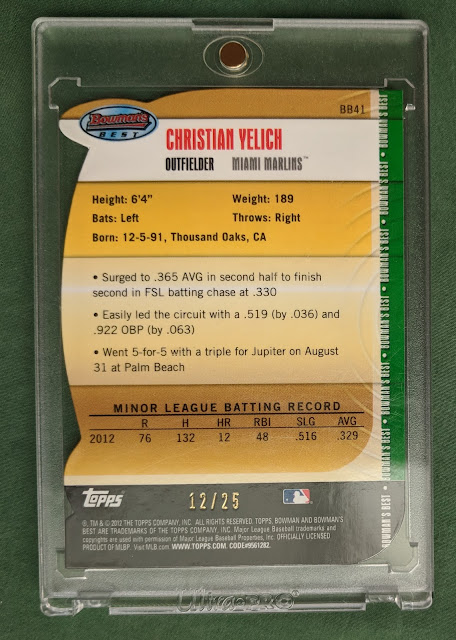 12/25! Snagged this on eBay for just $3.13 shipped back in early 2016 while hunting for Christmas Cards. Looks like one of the other 24 copies in existence sold recently for $99.95 Best offer accepted somewhere between $50-80, the only recent sale I can find. So yes, this pickup turned out to be a sweet deal for me!

Some other early cards. I think all of these were under-a-buck card show pickups. 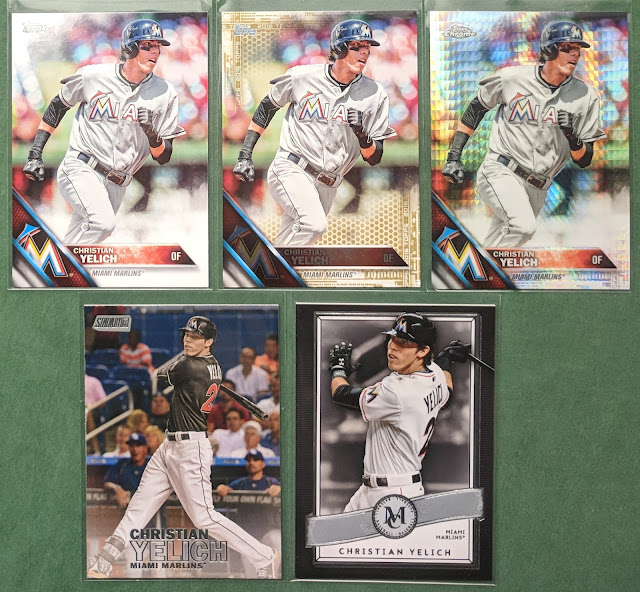 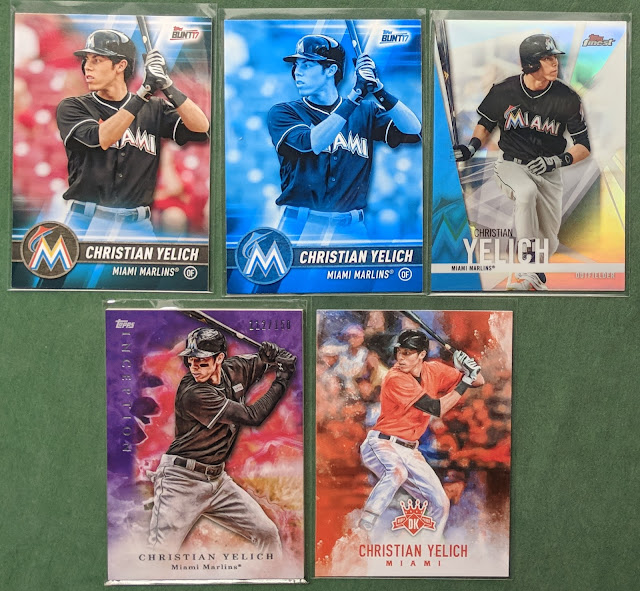 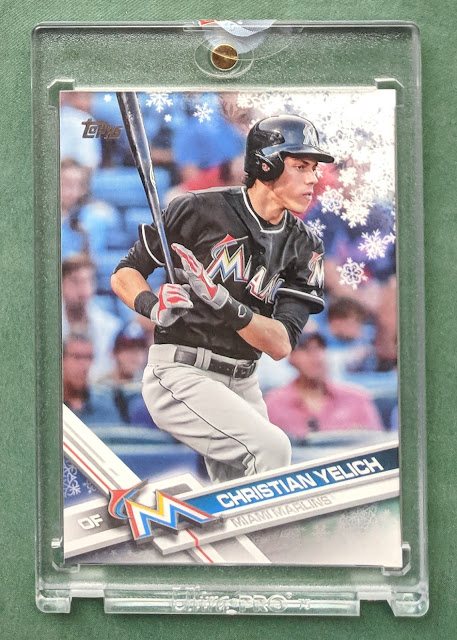 Yep, it's a gimmick. It's actually a gimmick² since not only is it a Topps Vault blank back, but it's the gimmicky "Holiday" (Snowflake) set. Picked this one up last year along with a few others during a recurring Topps Vault sale where they slash the prices on their unsold Buy It Now items. 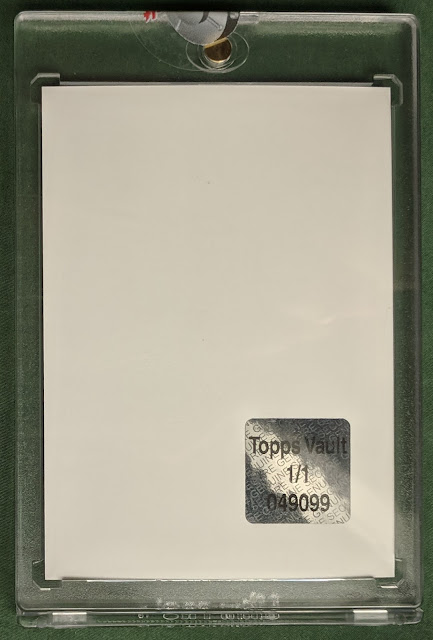 So yeah, it's just a gimmick of a gimmick, but it didn't cost much and it allows me to say "I've got a Christian Yelich 1/1 in my collection" and not be a liar.

That's all I've got in the PC at the moment. I bid on a couple autos of his last year, but didn't end up winning them. Bummer. But probably someday I'll pick up one. Again, feel free to trade me any of his cards not featured here.

Thanks for reading and Go Crew!!