Bill, my "usual dealer", was back at the monthly card show today after missing the September show. So it was back to my old routine and I spent the whole show going through his bins.. some were 7-for-$5, and some were 50¢ each (He also had some quarter bins out, but they were pretty packed and I didn't feel like elbowing myself in.)

Oh yeah! These Trouts were probably my best finds of the day. The cheapest "Ginter rookie" (his 1st A&G card) on COMC right now is $9.15. 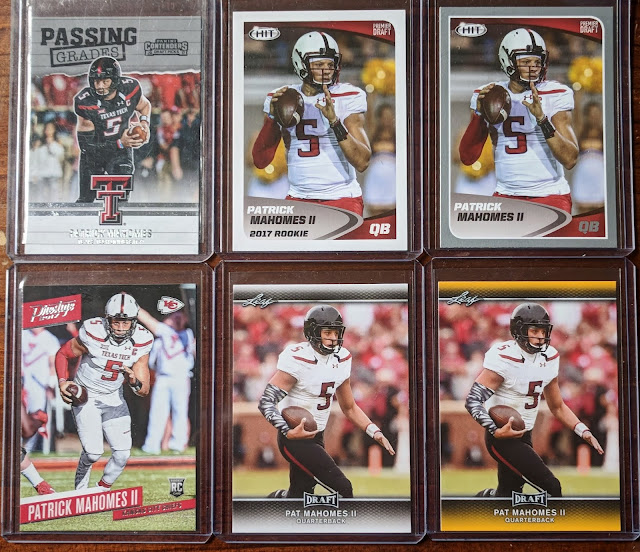 I don't mess with football much, but when I came to a stack of Pat Mahomes II, one of the hottest names in the NFL right now, I snatched them all up. Looks like most of these are going for over 4 bucks a pop on COMC, so good score on my part. 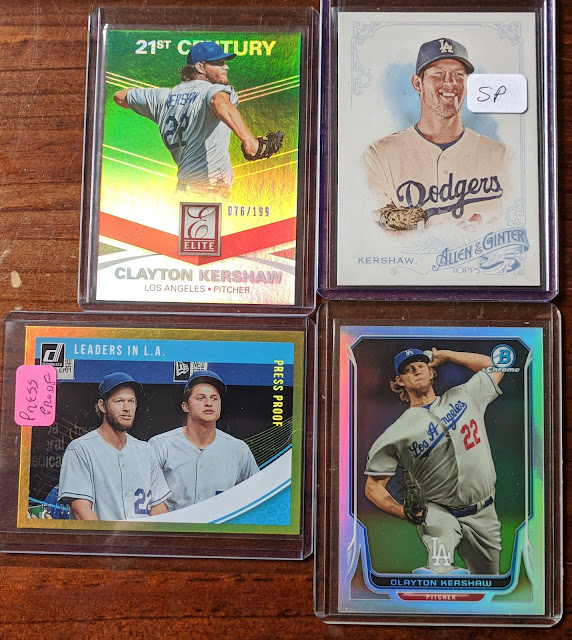 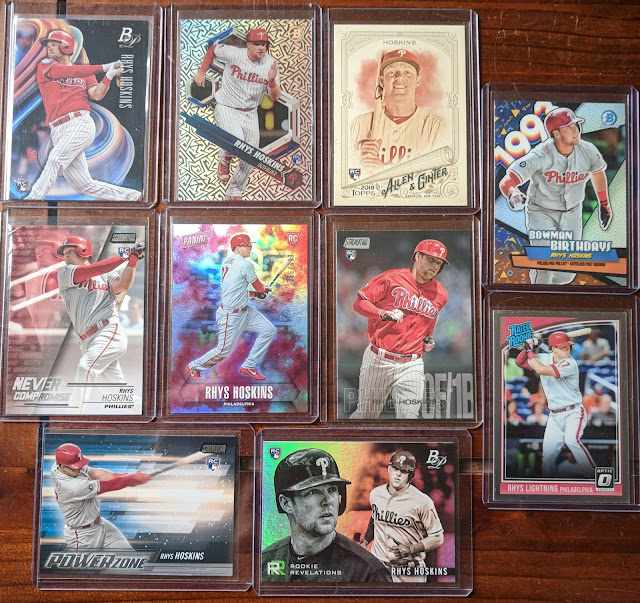 I got a bunch of Rhys Hoskins cards.

Votto. That card in the middle looks creepy, but hey, it's #'d on the back. 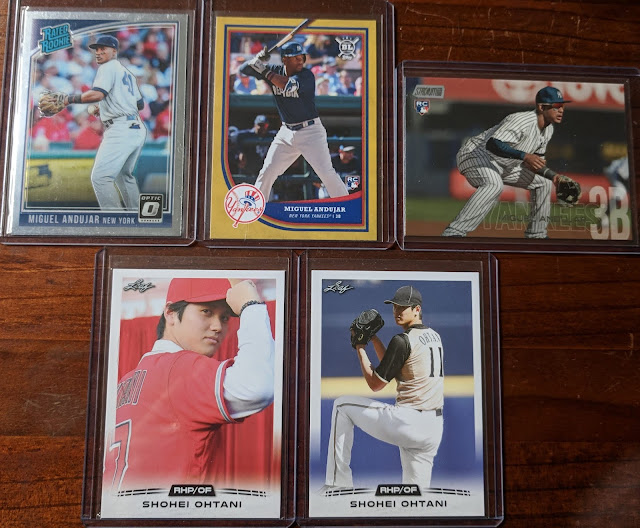 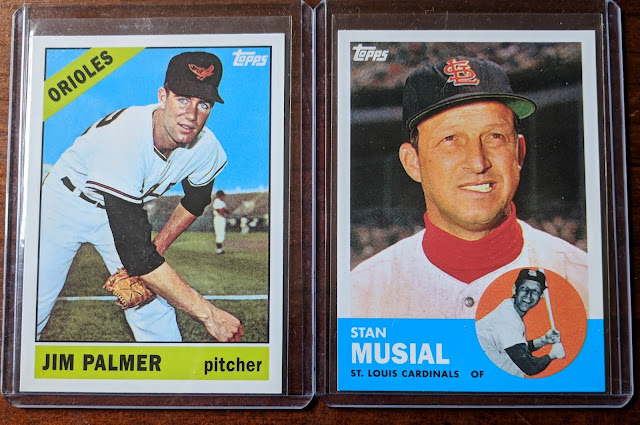 2010 Cards Your Mom Threw Out original back variations. 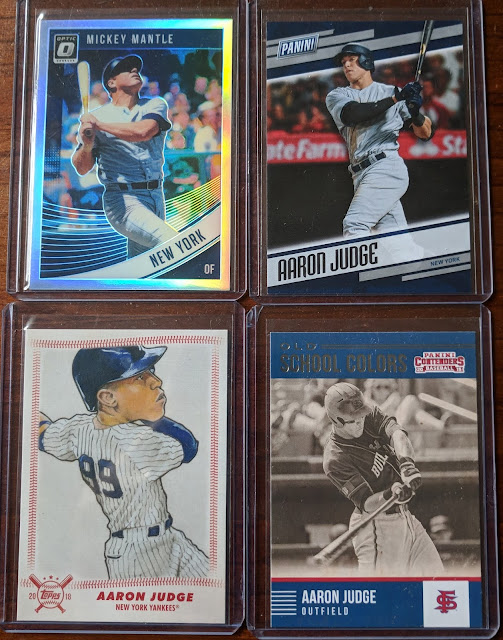 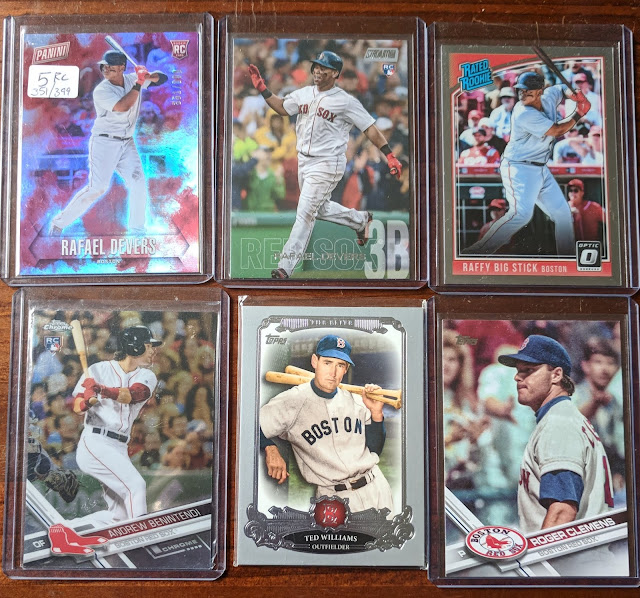 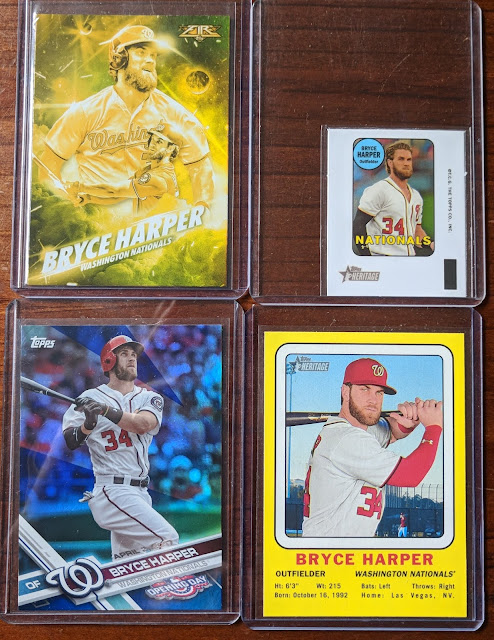 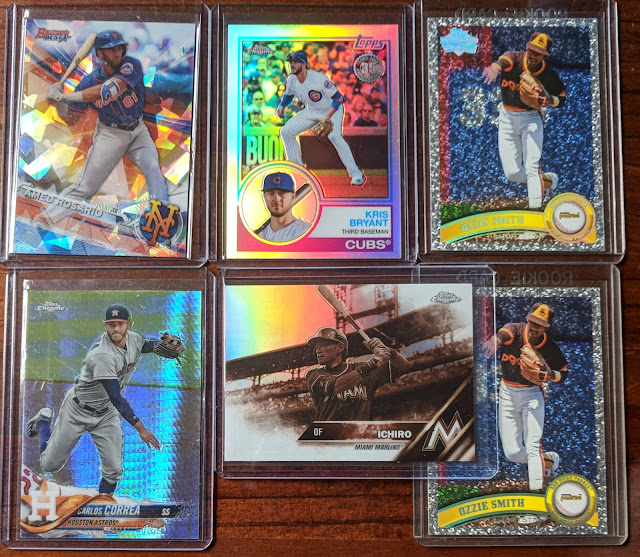 Shiny. The Ozzie dupe was on purpose.. just love that card. 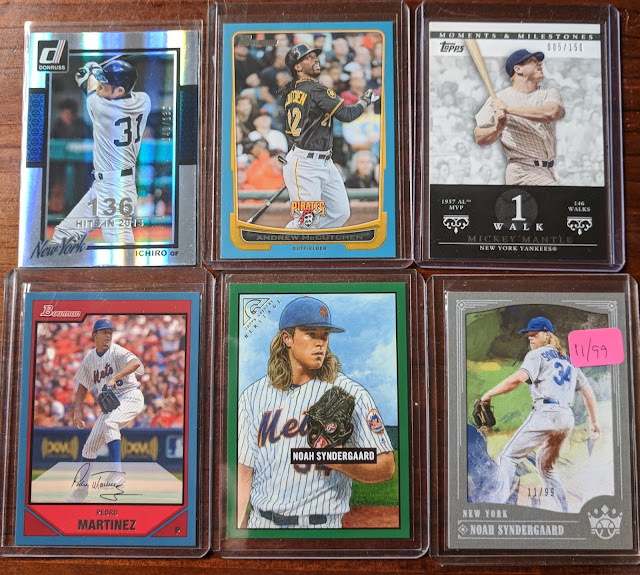 I grabbed a bunch of numbered parallels, including these guys. 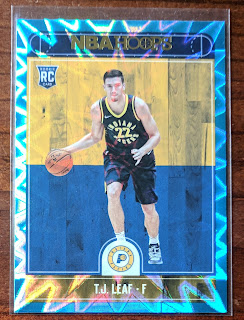 My lone basketball card pickup of the day, TJ Leaf 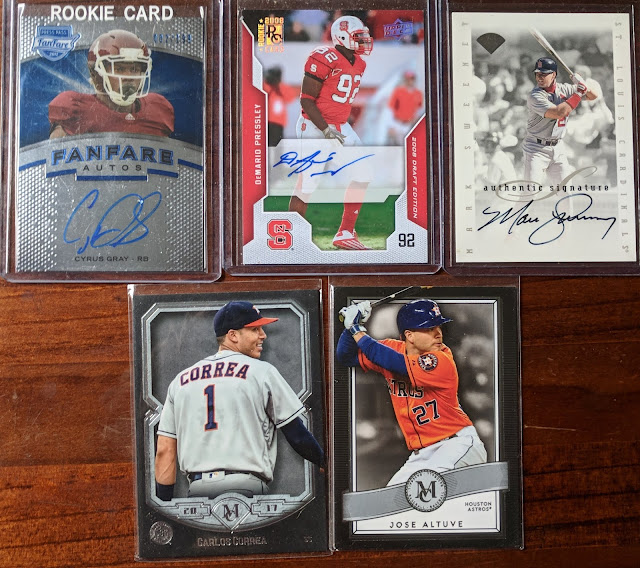 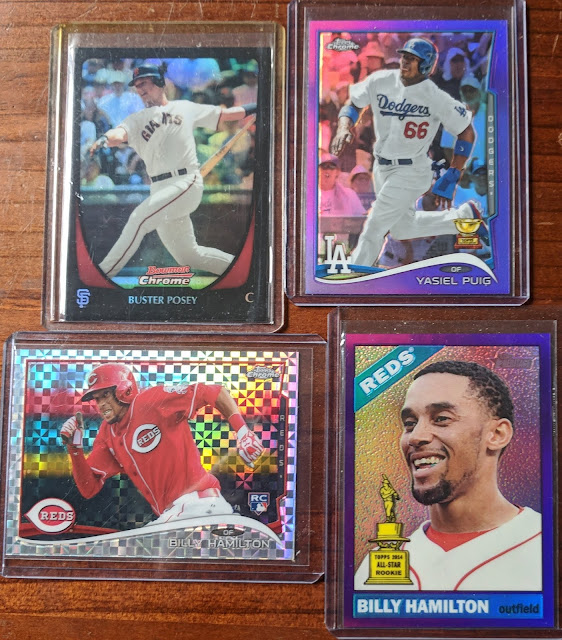 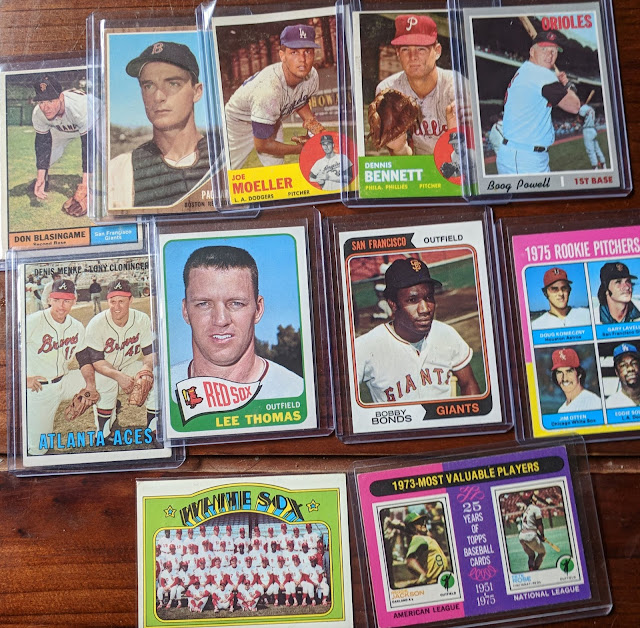 Not a bad haul. Among other cards not shown is some trade fodder and more numbered stuff.
Thanks for reading!
Posted by defgav at 2:03 PM