The Guns N' Roses song next up in my "Guns N' Randoms" series of posts named after their songs is "Live and Let Die" which is of course a cover of the classic Paul McCartney & Wings song that was the theme to the 1973 James Bond flick of the same name. Sometimes I use the title as a challenge to put together some cards under a theme, and this one features spies/intelligence operatives. 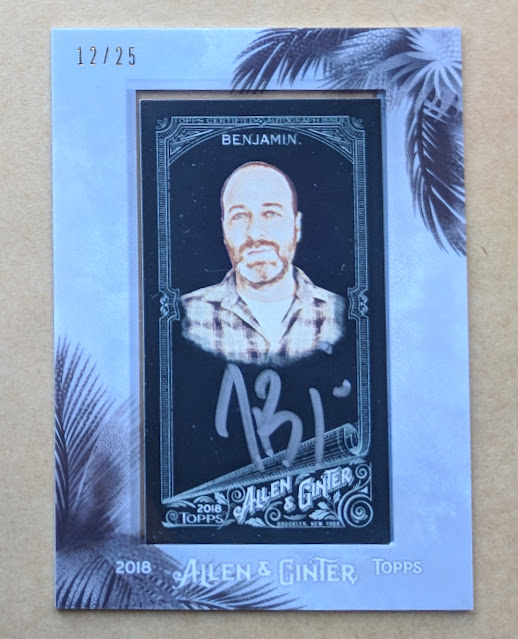 H. Jon Benjamin! I was very happy to see him pop up on the 2018 Ginter auto checklist, though I had some patience and didn't grab one right away. Recently snagged this one, and ponied up a little extra to get a Ginter X auto with the silver ink, and not only that, but the Christmas Card! His distinctive voice is best known today as superspy Archer and Bob from Bob's Burgers. I love those shows, but I've been a fan since his early days on Home Movies and Dr. Katz. Just a real funny dude. 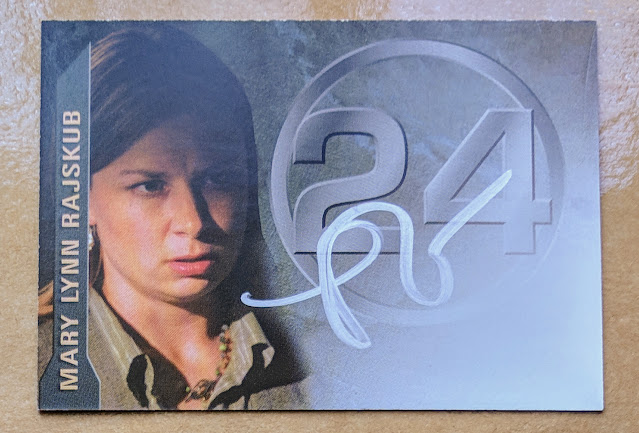 I gotta admit I've never watched even 60 seconds of 24. But I've loved Mary Lynn Rajskub (pronounced "Rice Cub") for a long time for her comedy work. Mr. Show, The Larry Sanders Show, Always Sunny, Arrested Development, and much more. She was even on an episode of Home Movies, to tie it in with the H. Jon Benjamin auto. So it was cool to sang a certified auto of hers (Her signature looks like "PG" but still cool). Again, I really like the silver ink, though putting it on a grey background probably wasn't a great design choice, but I caught it in the light ok in this photo. 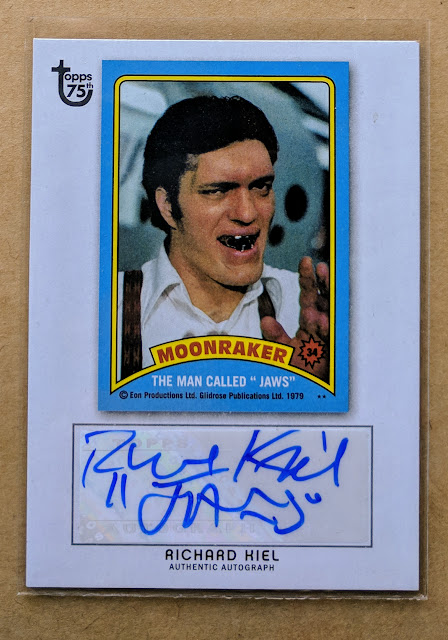 And hey, since it's a James Bond themed post, howabout the man called "Jaws" himself, the late, great Richard Kiel! I've got a MST3K dvd staring him signed by Joel. But it's cool to have the big man himself in my card collection now, picking up this Topps 75th Anniversary auto a while back.


Have a great week, everybody.
Posted by defgav at 4:34 PM