I've already told the neat story of Art LaFleur's wife stumbling upon my blog and asking me for copies of customs I made. They were happy with the few I sent, and Art asked if he could get some more, to stock up for fan requests. Took me a month or so, but I finally got around to finishing the bulk order of custom cards. And when I sent them, I couldn't resist whipping up yet another card for him to sign for me. He graciously did, and returned it along with a check to cover the quote for my cost for the customs. 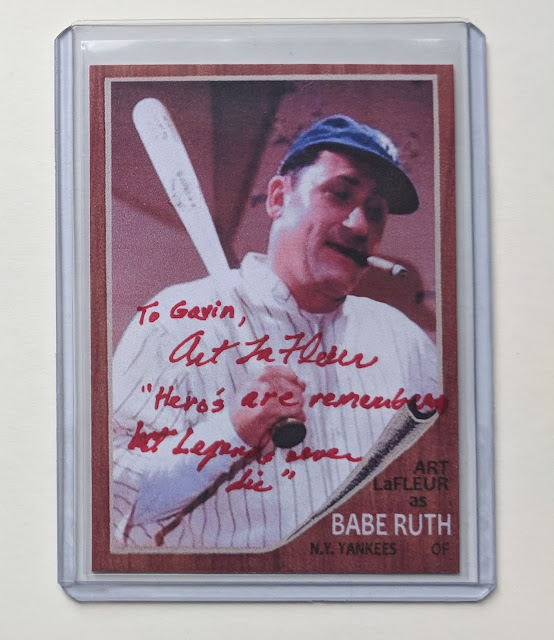 Nice!! I know I said the previous card he signed for me was my favorite, but I think I've now got a new favorite right here!

This was my first time doing a couple "advanced" TTM moves. First of all, I sent along a red fine-tip Sharpie for him to use (and keep). I had a few extras, so figured I could sacrifice one, and I always appreciate red or green autos. The other thing is I asked if he could maybe inscribe it with his memorable line from The Sandlot, which he kindly did.

I mentioned before that I was a little bummed that Topps didn't include any of the adults in the cast with their Sandlot inserts in 2018 Archives, and that I wanted to do my part to rectify that with some customs of my own. 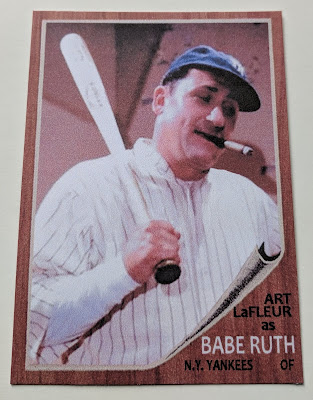 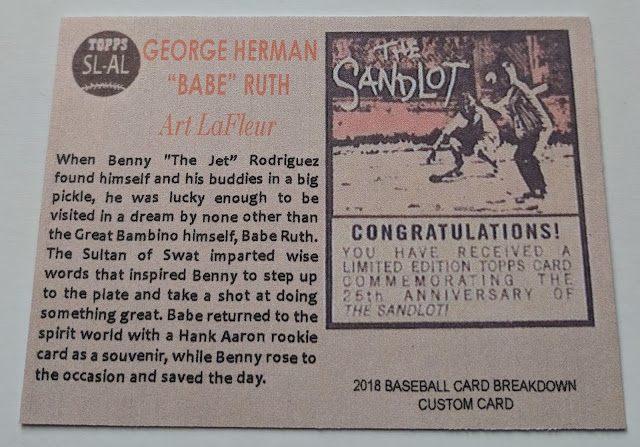 I come correct with full backs. 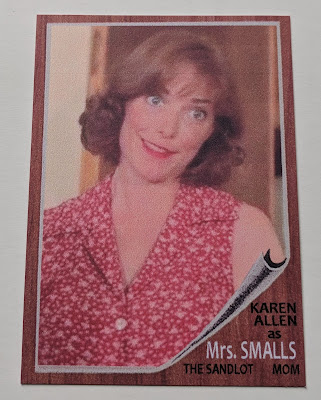 The lovely Karen Allen. It took over a year, but I got a TTM return from her back in Feb '17. Just sent out this one the other day. Hopefully it comes back signed in a year or so! 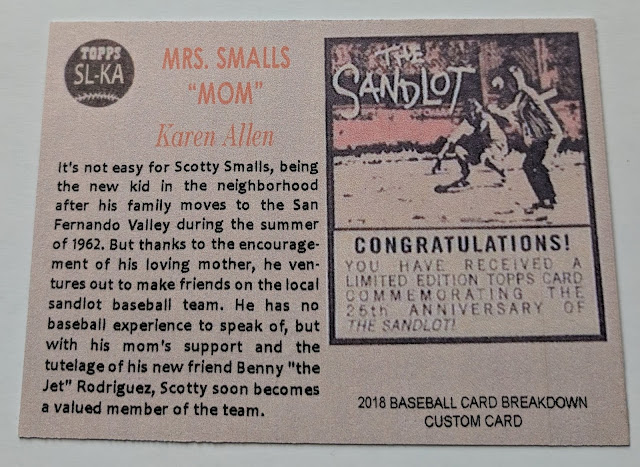 I don't think her character has a name other than "Mom" in the film, so she's Mrs. Smalls here. Though if she took Denis Leary's characters last name when they got married, she might not technically be Mrs. Smalls anymore. But let's not overthink it. 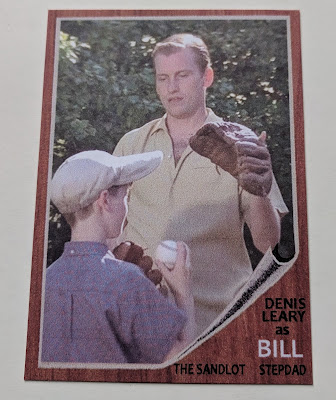 Does Denis Leary sign TTM? If anyone has a viable address for him, please let me know! Would love to get this signed. 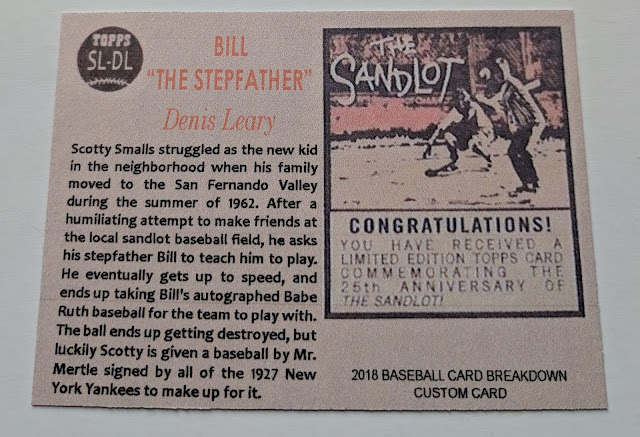 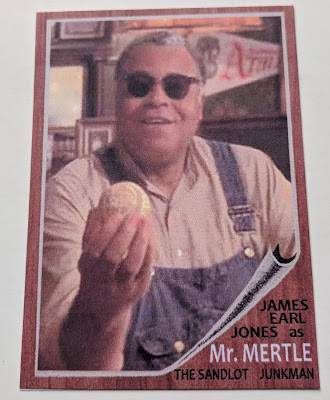 I know James Earl Jones is retired from signing free autographs thanks to decades of Star Wars fans hounding him, so there's no chance of getting this custom signed. Maybe I'll do a "custom overlay" like the Darth Vader one I did for the auto card of his I bought. 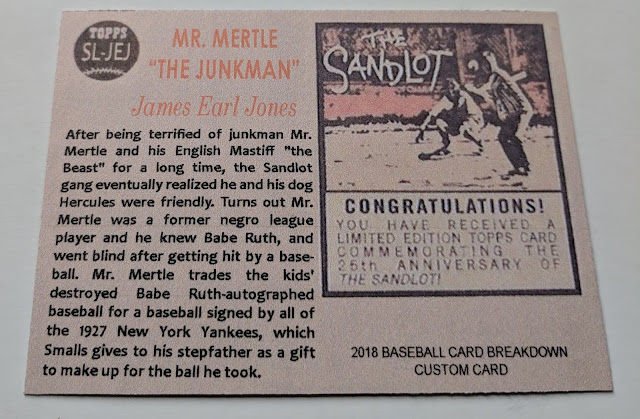 Did you know that in the script the Mr. Mertle role was originally not a specified race? When the producers were able to land him for the part, Jones suggested the backstory of Mr. Mertle being a retired Negro League player, which was a perfect way to go with the character, giving an extra layer of depth. 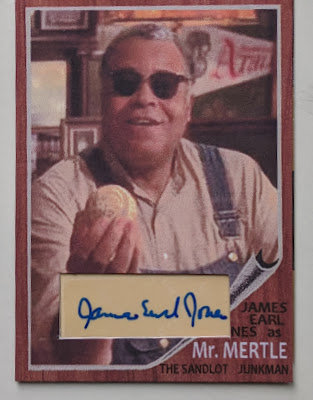 Thanks for swinging by!
Posted by defgav at 5:53 PM