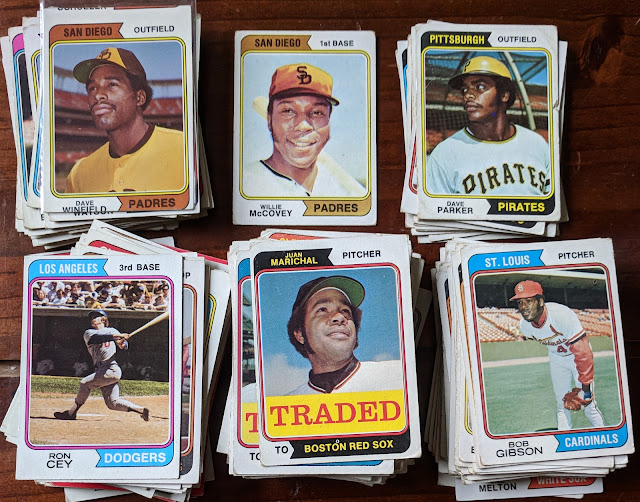 Thanks in part to a big mostly-vintage trade with Bo, I'm already over the hump with 1974 Topps, at 62% complete, though much of what I've got falls into the "would like to upgrade someday" category. Bo helped me out with the two Big Dave rookie cards of the set: Winfield and Parker, though Winfield is miscut and Parker is, well, cut. My wantlist is up here in a Google docs spreadsheet.. Looking for trades! Though it's technically only 660 cards deep, factoring in all the errors/variations and the team checklists and the Traded cards, the master checklist comes out to 746 cards. 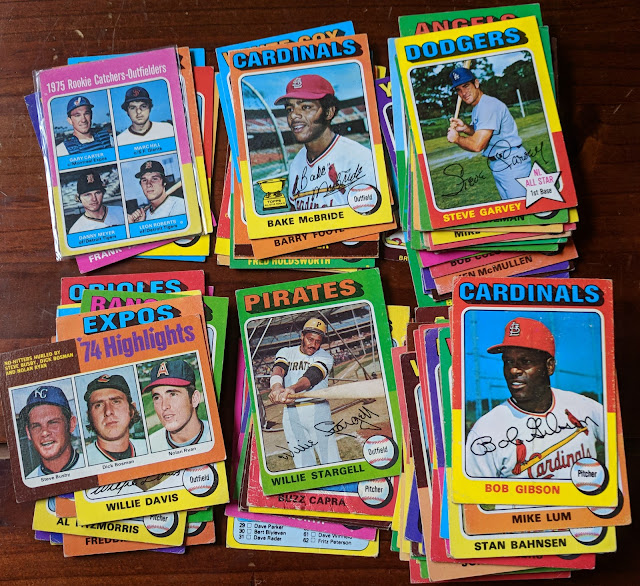 Bo also helped me make strides with 1975 Topps. In contrast to the '74 set with all its variations n' extra crap, '75 Topps is a refreshingly simple 660 card set with nothing else to worry about (I'm not going after the mini parallel set at this point in time.) Seeing as I've already got the Brett and Yount rookies, and Bo hooked me up with a nice Gary Carter RC, this one shouldn't be too tough. I'm nearly to the midway point, at 48.94% complete. Here's my 1975 needs spreadsheet.

As for 1976 and 1977 Topps, I didn't have time to get into it in my "5 minute" post the other day, but since there's no time limit on this post I can tell you that I'm trying something new with these two sets and using the Trading Card Database for my checklists rather than creating my own personal lists. While I appreciate the flexibility of making my own google doc spreadsheet, TCDB has benefits such as making your wantlist available to more potential trade partners.

1976 Topps wantlist at TCDB - Only 2% complete here. Ouch. Not many high-dollar cards in this set, so it's really just a matter of rounding up cards. But might take me a while unless I score a nice bulk lot or two along the way. 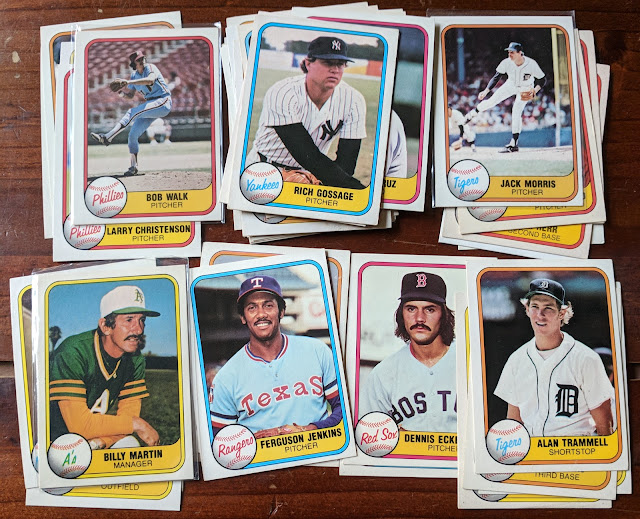 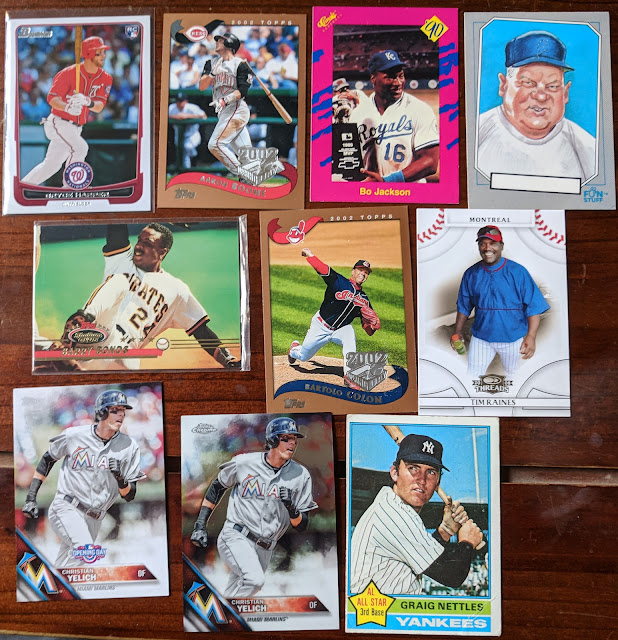 A few nice PC additions wrap up this great trade package from Bo. Sweet Bryce Harper Bowman RC... Wonder if the Nats will be able to hang onto him or if he'll end up somewhere else this offseason.

Thanks again for the big trade, Bo! You pretty much wiped out my for-trade vintage, but I'll try to build it back up soon enough. (You can check out my end of the trade on his post here.)

And again, if anybody has any available '74-'77 Topps, feel free to take a look at my wantlists linked in this post and get in touch about hashing out a trade. Thanks!
Posted by defgav at 4:03 PM