Not to brag, but I have the autograph of three different guys whose last name is Pepitone. It's a fun name! 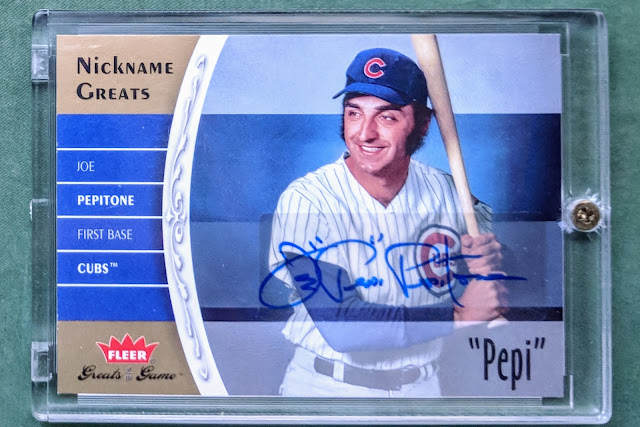 The big one is Joe Pepitone. Despite it being a stickergraph, love this nickname inscription.

A Brooklyn native, Pepi had a solid career, playing with the Yankees in the 60s, then the early 70s with the Cubs. Seems like a colorful character. His interviews are often amusing and he gets mentioned in Ball Four a few times. 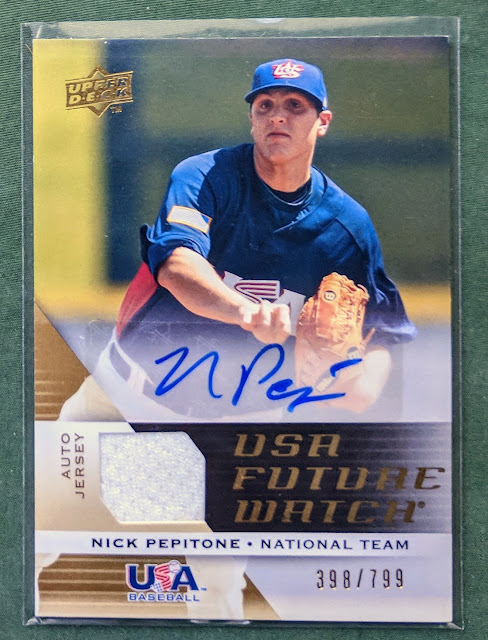 Nick Pepitone had a decent collegiate career at Tulane University, but didn't turn pro. Looks like he's from Texas. Not sure if he's any relation to Joe. I think I must've picked this card up at a card show from the 7-for-$5 bins a while back. 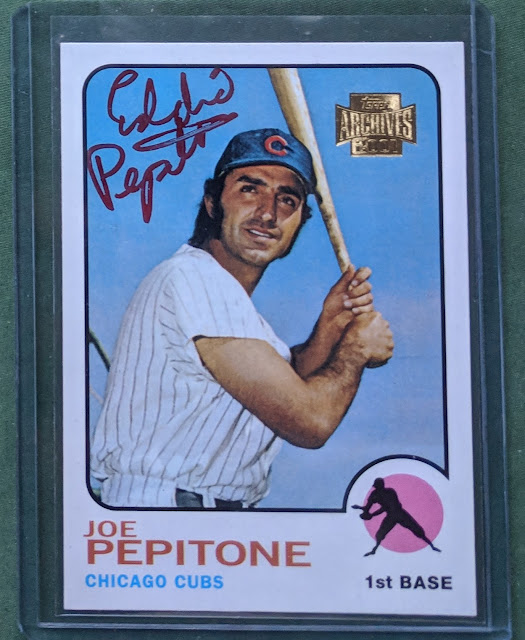 And thirdly we have actor/comedian Eddie Pepitone's signature on a Joe Pepitone reprint. He was gracious enough to go along with my goofy request when I met him after his performance at a stand-up comedy show. I talked about it in post when I first got it, four years ago.

So there you have all 3 cards in my "Pepitone auto" minicollection. I'll be on the lookout for any other Pepitones.

Speaking of fun names, here's a non-Pepitone bonus card for the post... 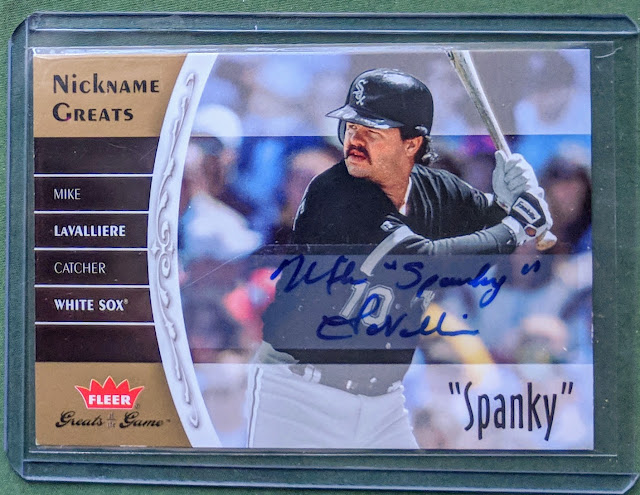 Email ThisBlogThis!Share to TwitterShare to FacebookShare to Pinterest
Labels: Pepitone