Triad of the PWE

I received three PWEs full of cards over the past few days. Let's take a look. 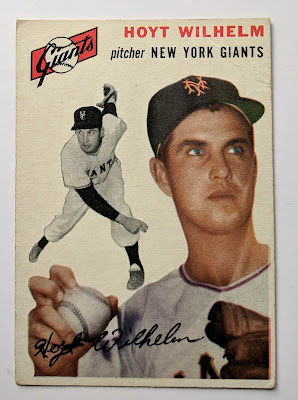 This first one is from GCA, packing a punch with sweet vintage 1954 Topps Hoyt Wilhelm. While I overpaid for a copy a few card shows back, I'm still very happy with this. I've got several open pockets in the '54 Topps page of my Flagship Binder, and this will be a fantastic addition there.

Greg also kindly kept a lookout for cards on my wantlist during a recent card show, and ended up scoring 3 of the Sandlot inserts I needed. Thanks, GCA! Now I'm just Hercules away from completion......

Next up is Dimebox Nick... 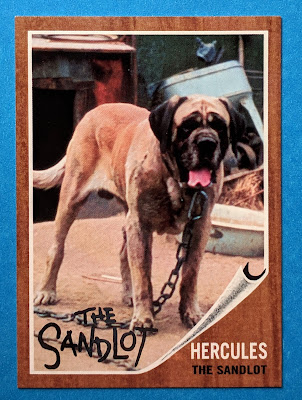 Boom.. that's a big doggie! Thanks to Greg and Nick, I've finished the (non-auto card) Sandlot inserts from 2018 Archives. Now I just need a few of the coins (from blasters) and the Karen Allen auto (from hobby boxes) and I'll be done. (There are also parallels for everything, but I'm not bothering with those. If there were refractor parallels, then yes, I would likely hunt them down.) 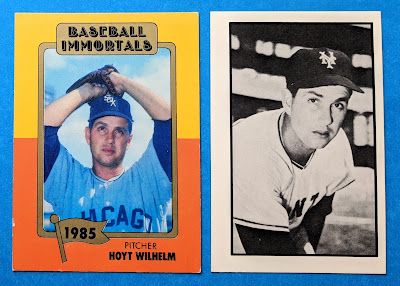 The streak of this post showing nothing but Sandlot and Wilhelm cards continues with this pair of oddball Hoyt needs. 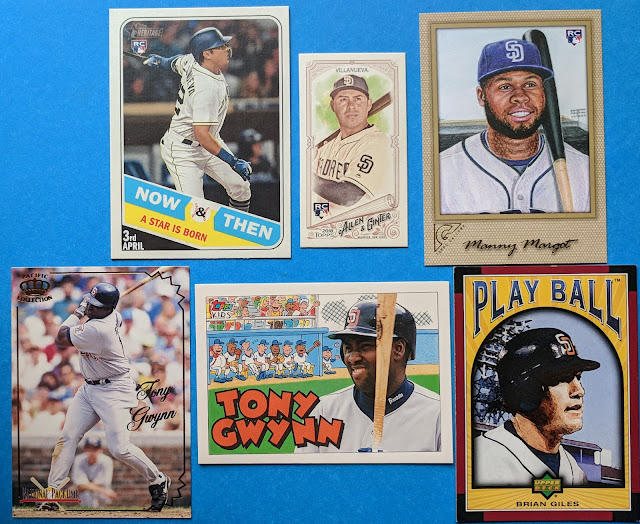 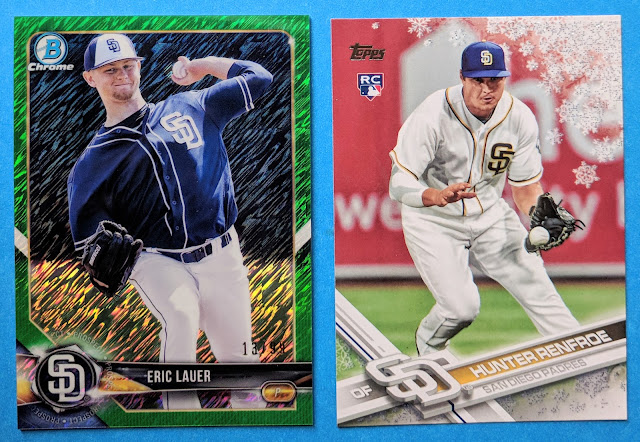 Love the Eric Lauer /99 green shimmer parallel. I feel like I've got a dozen different versions of that Hunter Renfroe RC, but needed the metallic snowflake. 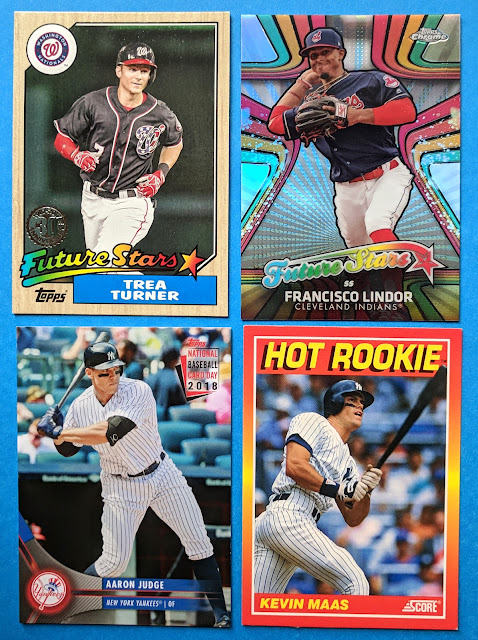 Some future stars and hot rookies. I think that Judge is my first card from the 2018 Baseball Card Day promotion.

Thanks, Nick! I'll get a return out to you soon. As for your dad being interested in another round of music customs, sure just shoot over the details and a reasonable selection of cards from my wantlist (older the better) and we can make it happen!

Last up today is what I believe is my first time trading with Matt from Diamond Jesters. 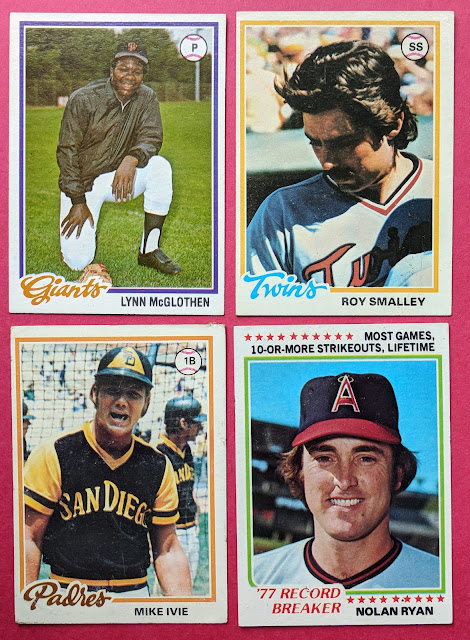 The '78 base cards are from Matt's neat Time Travel Trading series, but the Nolan record breaker was an awesome surprise. Great to check these off my setbuild (though the Ivie is in just rough enough condition to where I'll probably hold out for a better copy. He's got some surface wear that he appears to be upset about.) 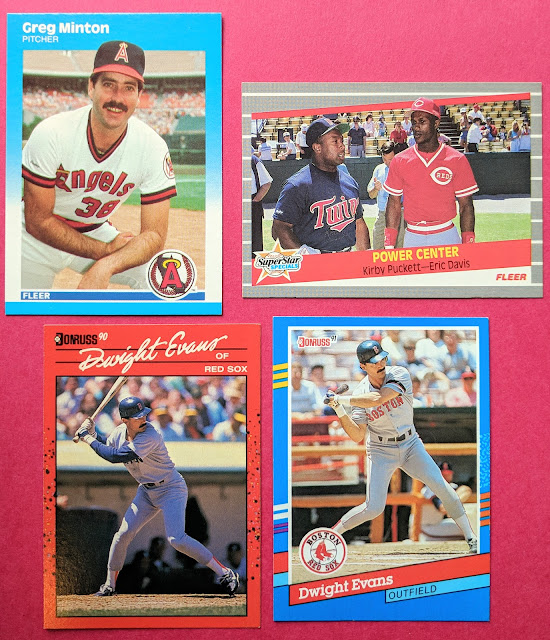 And a few from the don't-call-it-junk period. Mr. Haverkamp narrowly beat Matt to knocking the Minton off my '87 Fleer Update quest the other day, but it's the thought that counts. And always love adding new Kirby and Dewy. It is a strange feeling to be excited over receiving '90 and '91 Donruss cards in the mail here in 2018, but no, I legitimately was! Needed 'em both for the PC! 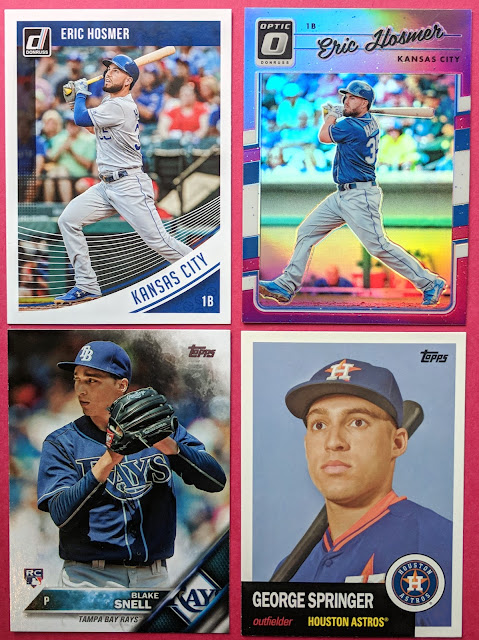 Closing out with some modern cards, including a pair of Hosmer, a Snell RC, and George Springer staring into space.

Thanks for the trade, Matt! And thanks again to Greg and Nick, too.
Posted by defgav at 3:37 PM