I've been emailing with Alex T. (the reader who kindly traded me the George Brett and Robin Yount rookie cards recently). He's an interesting dude whose collection is focused on older minor league sets. This post will take a look at a set Alex gave me a tip on: 1994 Carolina League 50th Anniversary All-Time Set (sometimes also referred to as being from 1995). As many of the cards in the customs revue from my last post show, I get a kick out of seeing my favorite players in unfamiliar uniforms. This set features several PC guys of mine in their minor league duds. Right up my alley! Luckily there was one for auction on eBay for a solid price and I ended up winning as the lone bidder. 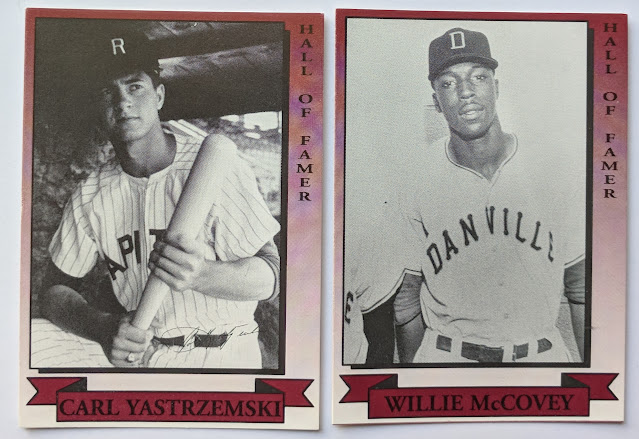 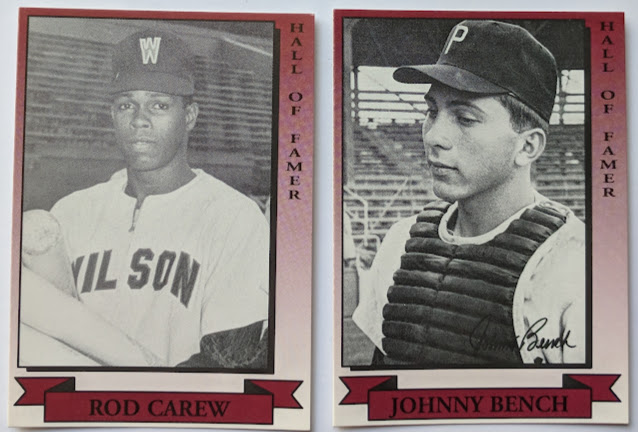 Carew and Bench. So weird seeing Bench in anything other than a Reds uniform. 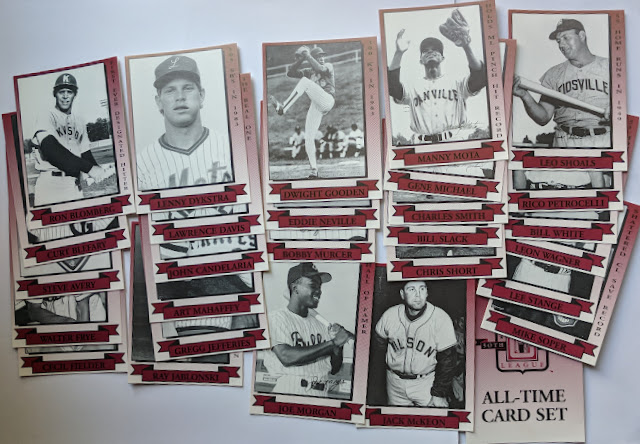 And the rest. I'm torn between keeping the set intact or perhaps trading off the non-PC guys. 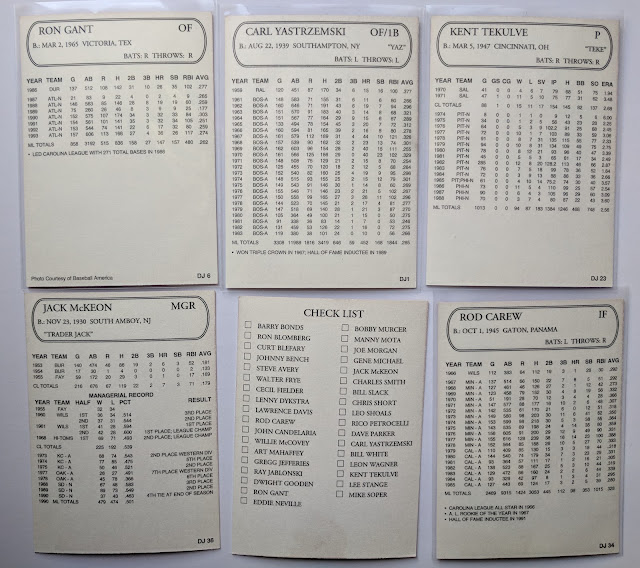 Solid, simple backs with stats and an occasional highlight mentioned. Including nicknames is a nice touch.

So there you go. A fun minor league set with a few big names.
Posted by defgav at 5:46 PM