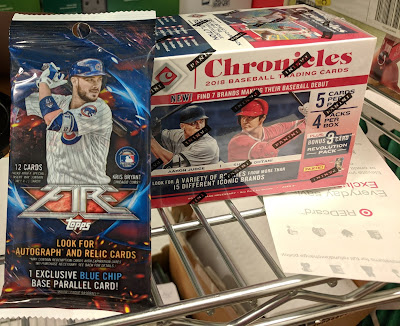 With a $20 Target gift card and an expiring-soon Topps "$1 off a fat pack" coupon burning a hole in my pocket, I walked over to the downtown Target yesterday during a break at work. As you can see, I settled on a fat pack of 2018 Topps Fire and a blaster of 2018 Panini Chronicles. 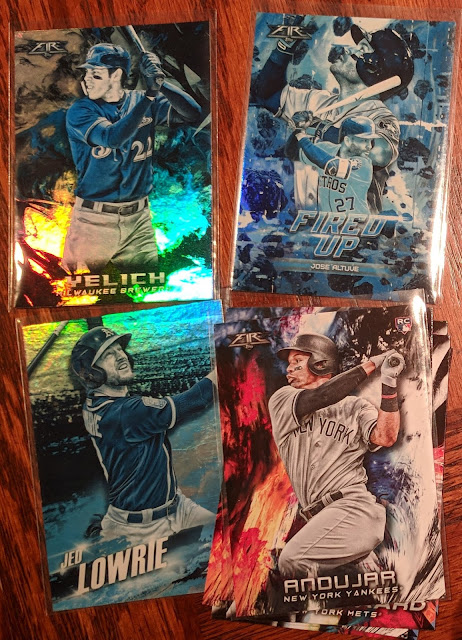 I'm not a big fan of Fire, though I do kinda like their shiny parallels. I lucked into a couple guys I collect here, in Yelich and Altuve. As far as the base cards, the Andujar RC was the clear highlight. 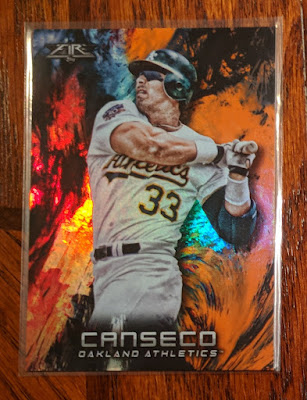 The best card of the pack was this shiny orange Canseco numbered to 299.

Not a total stinker of a pack, but even with the buck off, probably wasn't the best use of my money.

Would I have better luck with the Chronicles blaster?

Love the Trout Crusade. This was my first time ripping any of the product. Its debut last year just seemed super boring to me, but the 2018 version looked interesting from what I had seen on the blogs. It's a crazy mishmash of a bunch of product lines thrown together, many of which haven't been used for baseball before, but are familiar to basketball and/or football collectors. All the variety makes for a fun, if disjointed, rip.

These Revolutions are nice n' sparkly. I did well pulling 3 guys I collect: Mookie, Judge, and Devers. 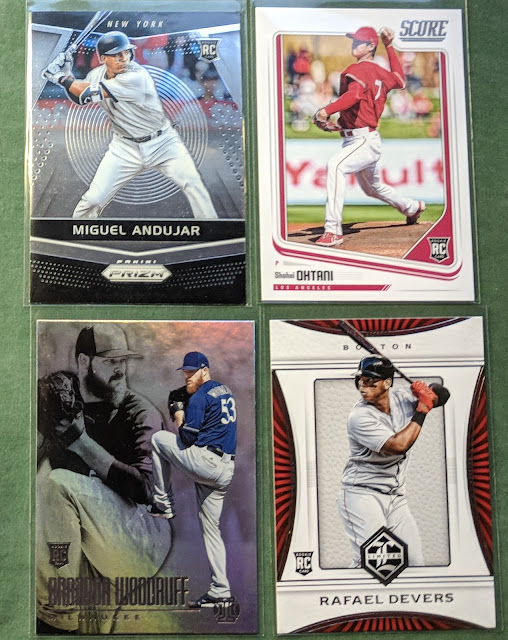 Some rookies I've heard of. Prizm Andujar RC. Score Ohtani RC. The only reason I'm familiar with Brandon Woodruff is because he hit a big postseason home run the other day. 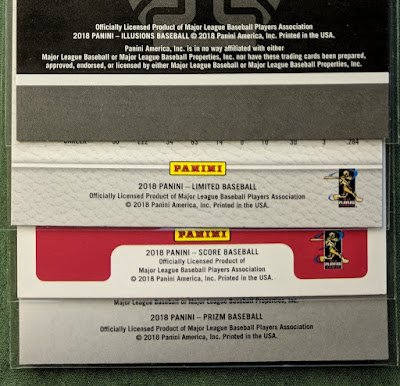 One thing that will surely confuse collectors in the future is that the backs of the cards don't identify themselves as 2018 Panini - Chronicles Baseball (which, by the way, is very considerate thing Panini usually does, specifying what product the card is from), but instead labels them by the subproduct. 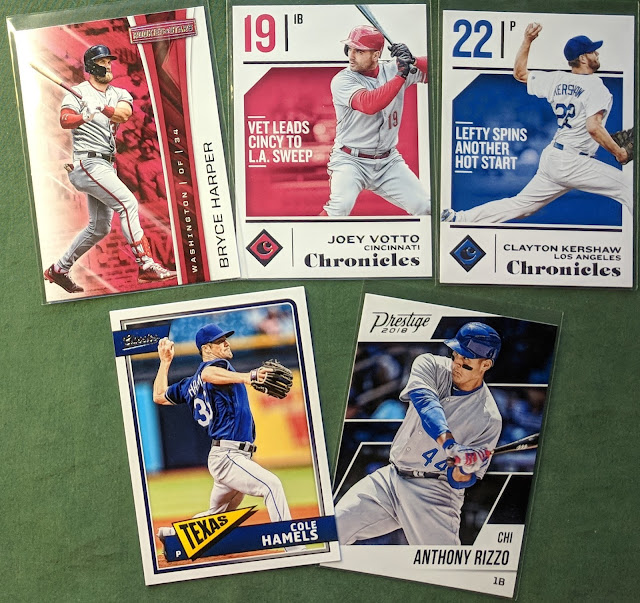 A few less-interesting keepers. This blaster was rare in that my stack of keepers (PC guys and notable rookies) was significantly bigger than the stack of castaway/tradable cards. That pretty much never happens unless maybe I'm trying to build the set. It's likely due to this product focusing on stars and top rookies, so there aren't a lot of "nobodies" in there. 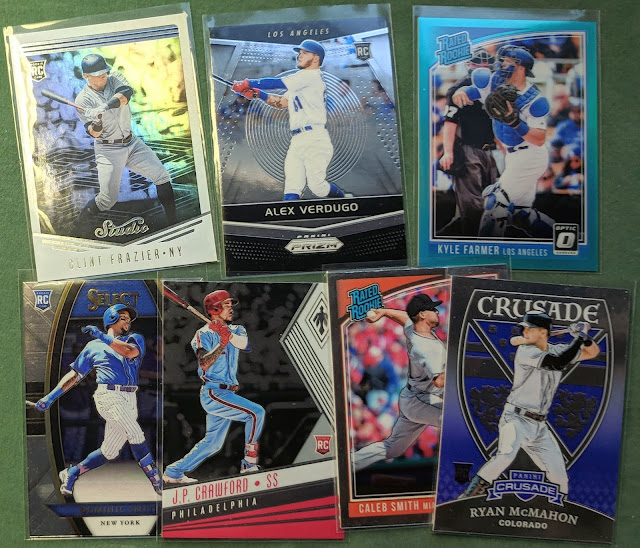 Here are the cards up for trade. Only the Farmer is numbered (#/299). Let me know if you want to trade for anything.

And I saved the best card for last... 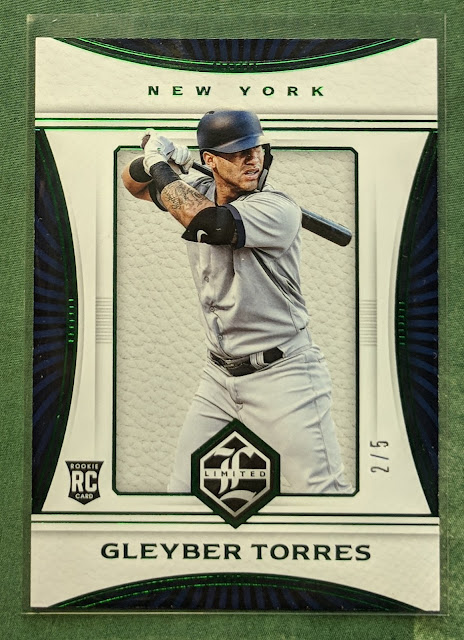 Not exactly a "sick mojo hit" (would have been sweet if it was autographed), but I was still pretty stoked to pull this Gleyber Torres parallel RC #'d a scant 2/5. I've joked before that I had "too much pride" to ever collect cards of someone named Gleyber, and I stand by that (it's a name for a Muppet, not a man), but think I might need to hang onto this card just so I'll at least have one nice card of his in case he reaches his high ceiling and blossoms into an all-time great or something. He had an impressive rookie season and he's only 21.

So yeah, that Chronicles box was fun. I'm tempted to go back to Target and grab another one, but I probably shouldn't push my retail luck.
Thanks for stopping by.