I added to my Topps contract collection recently. I had first bought one a few months back, bringing home an original contract signed by turn-of-the-millenium Padres fan favorite, Eric Owens. This time I didn't really care much about the player on the contract, though.

See, I noticed a few contracts of small-name players relatively cheap. Catching my eye in particular was one signed by the late, great baseball card pioneer Sy Berger. The auction description made no note of his presence, which I think is unwise, as certified Berger autos are in demand these days (case in point, one of his Fan Favorite autos recently sold for $200). The tributes poured in after his passing in December 2014, and a lot of card collectors such as myself were reminded what a giant he was in the hobby, and how he influenced the lives of countless boys and girls through his innovations with bubble gum cards.

So I thought it was a cool find. Then I got a little nuts and picked up a few more. Then a few more. Now I own 10 Sy Berger contracts. Ten! Probably a little foolish of me. I figure I'll hang onto one or two, and either trade or sell the rest.. perhaps (gasp!) even making a small profit. (Though it always seems like bad karma when I try to profit in the hobby, and as I should have expected I ran into a hiccup, but we'll talk about that later in the post.) These might not be the same as a certified auto card, but still, these are pretty neat and essentially "1/1" items, certified authentic by Topps. 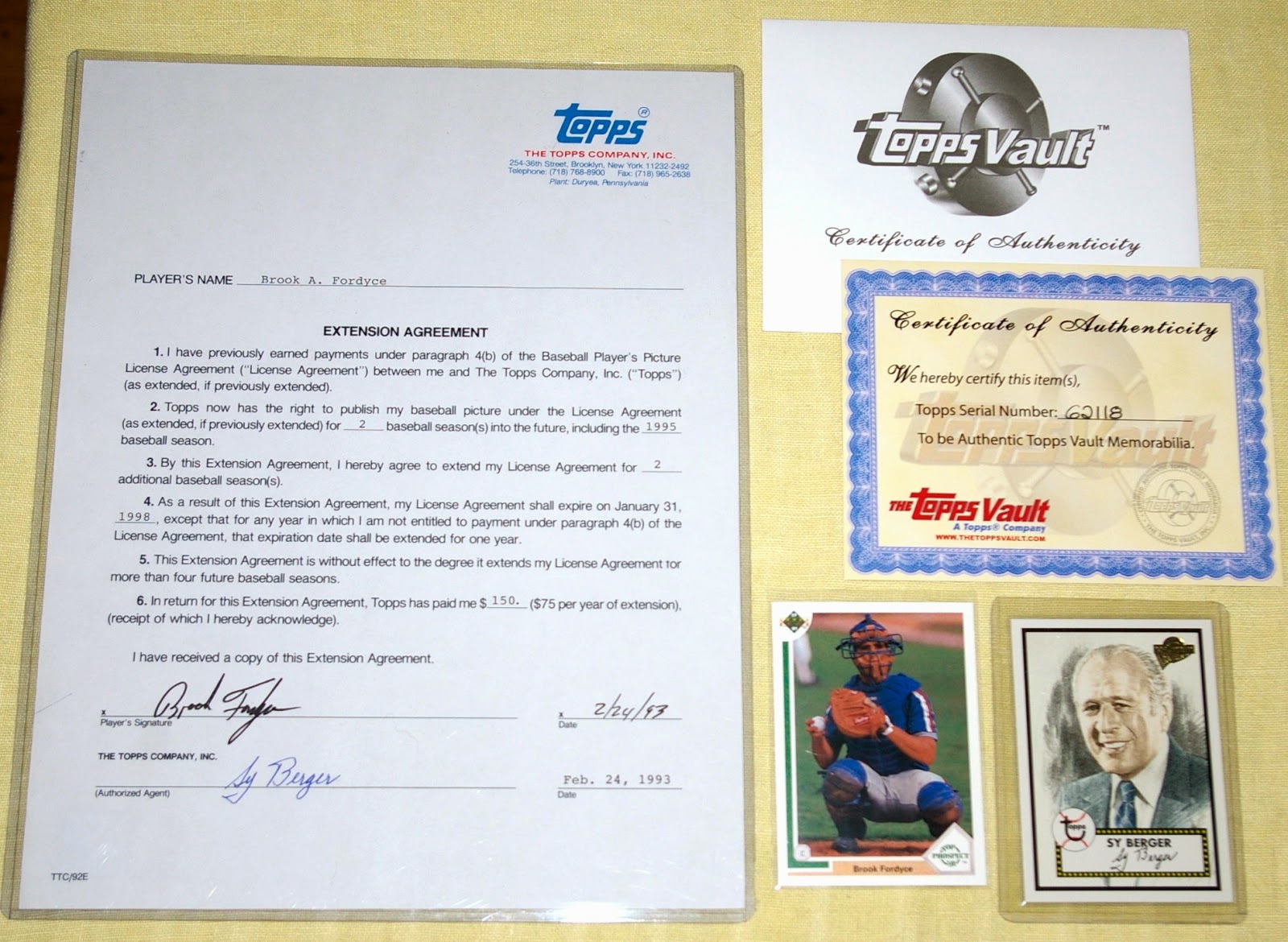 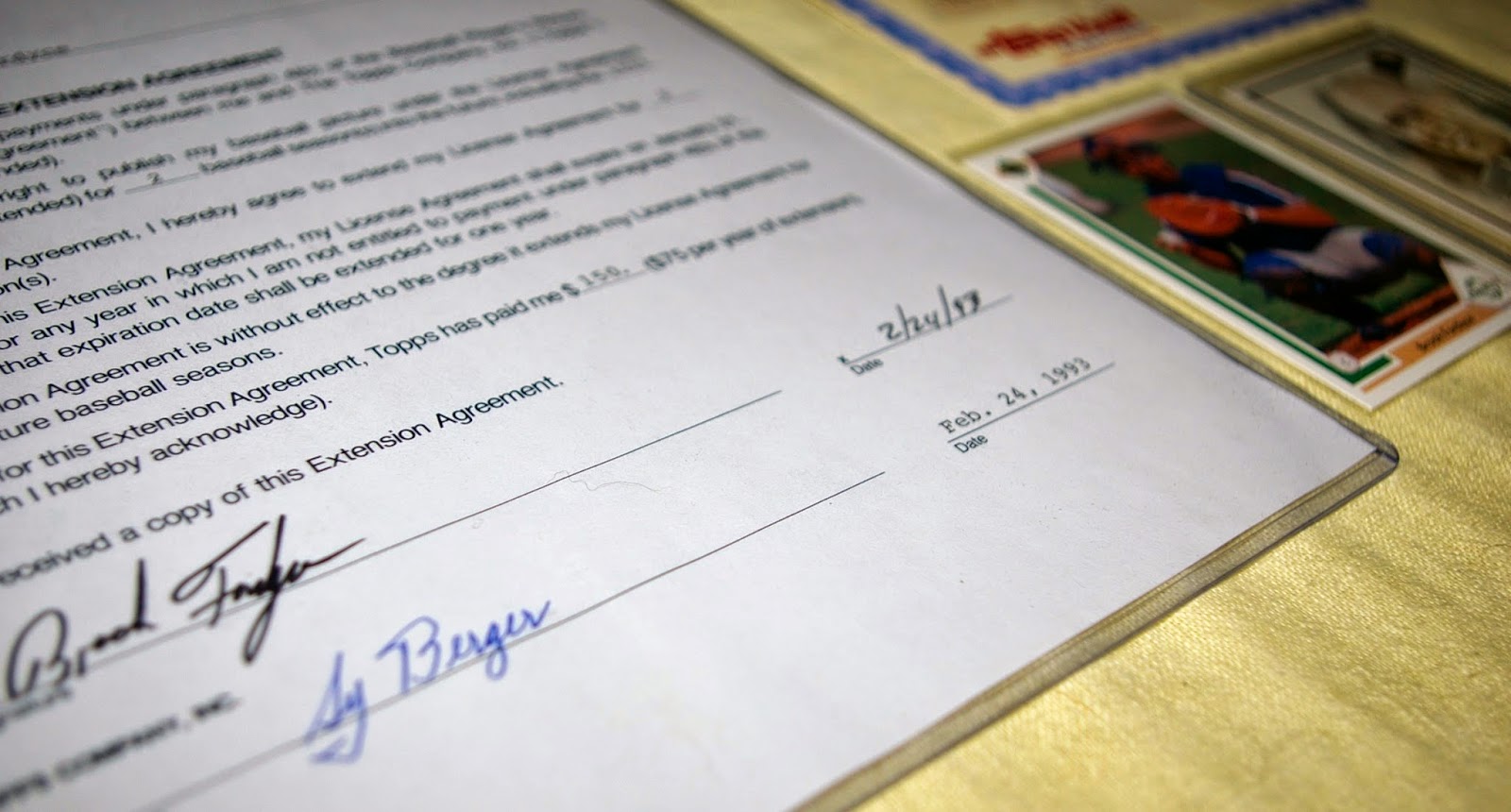 I best remember Brook Fordyce for his "top prospect" card in 1991 Upper Deck while a catcher in the Mets organization (I sure loved those UD prospect subsets from those days. Once they made it into it's own set, it kinda ruined it). Fordyce didn't exactly deliver on that hype, however. It wasn't until '97 that he was able to stick in the majors for more than a cup of coffee, getting into 47 games with the Reds. His best year with the bat was 2000, when he hit .301 with 14 home runs, splitting time between the White Sox and Orioles. He finished his career with a year in Tampa Bay in 2004. He currently owns and operates a baseball training center in Stuart, FL. 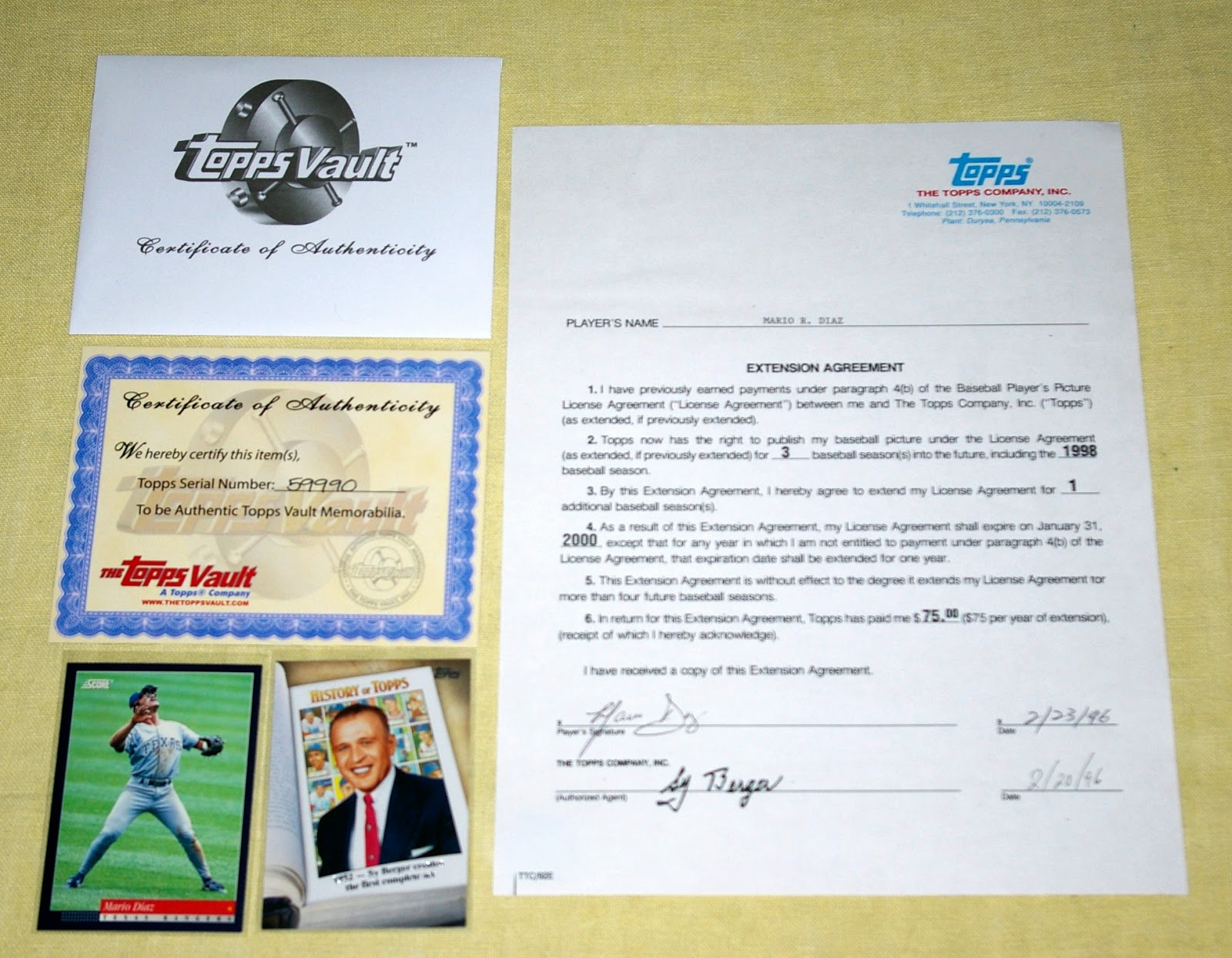 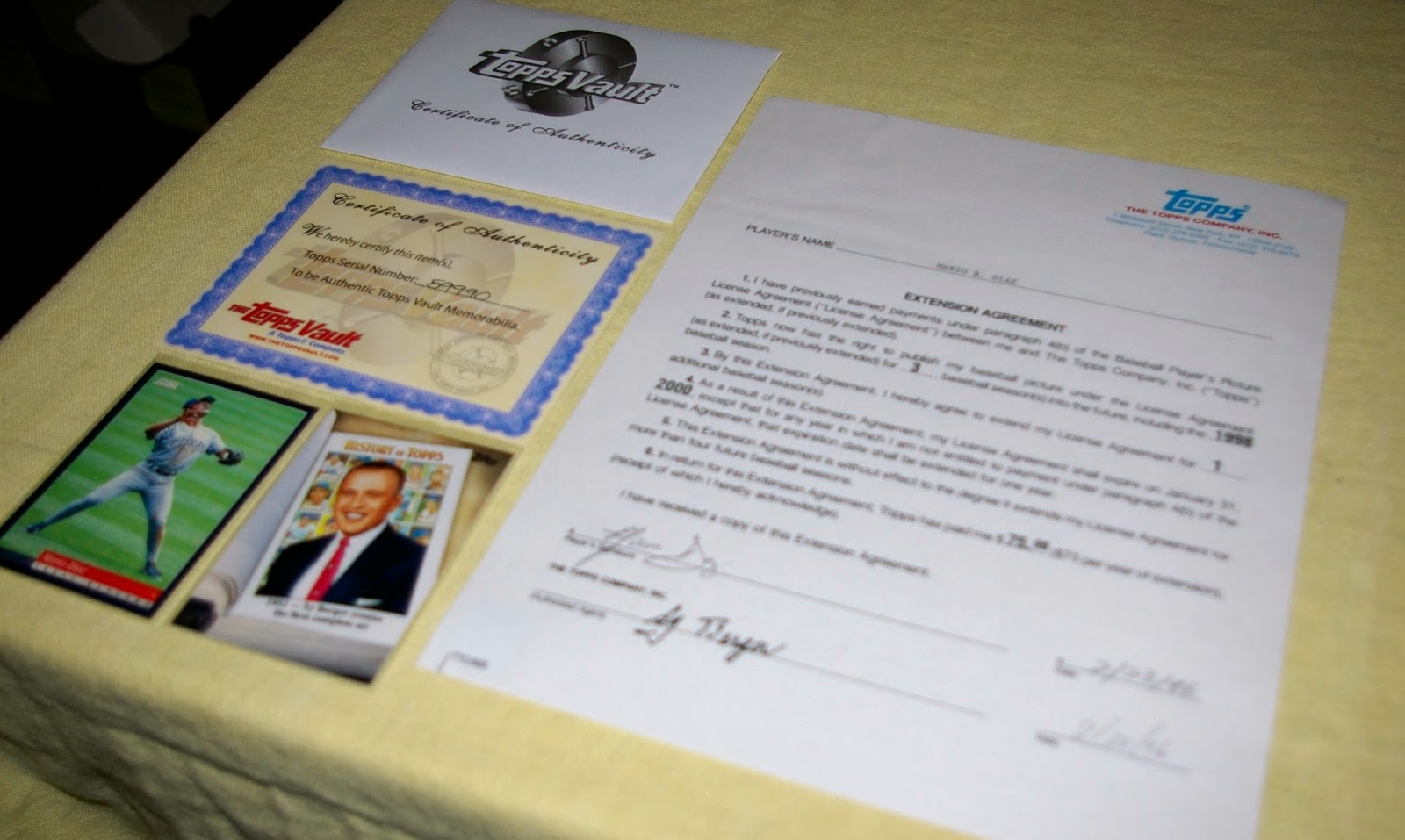 Mario Diaz was a utility infielder who spent time in the bigs each year between 1987 and 1995. With his career spanning the overproduction era, chances are you've got a couple of his cards in your collection whether you want them or not. He was called up with the Mariners in 1987, bouncing between AAA and Seattle until being traded to the Mets during the 1990 season. He signed with the Rangers in 1991, and then with the Marlins in 1994 (batting a nice .325 in 32 games), and closing out his big league career with them in 1995, though he played with several organizations till calling it a career at the end of 1999. 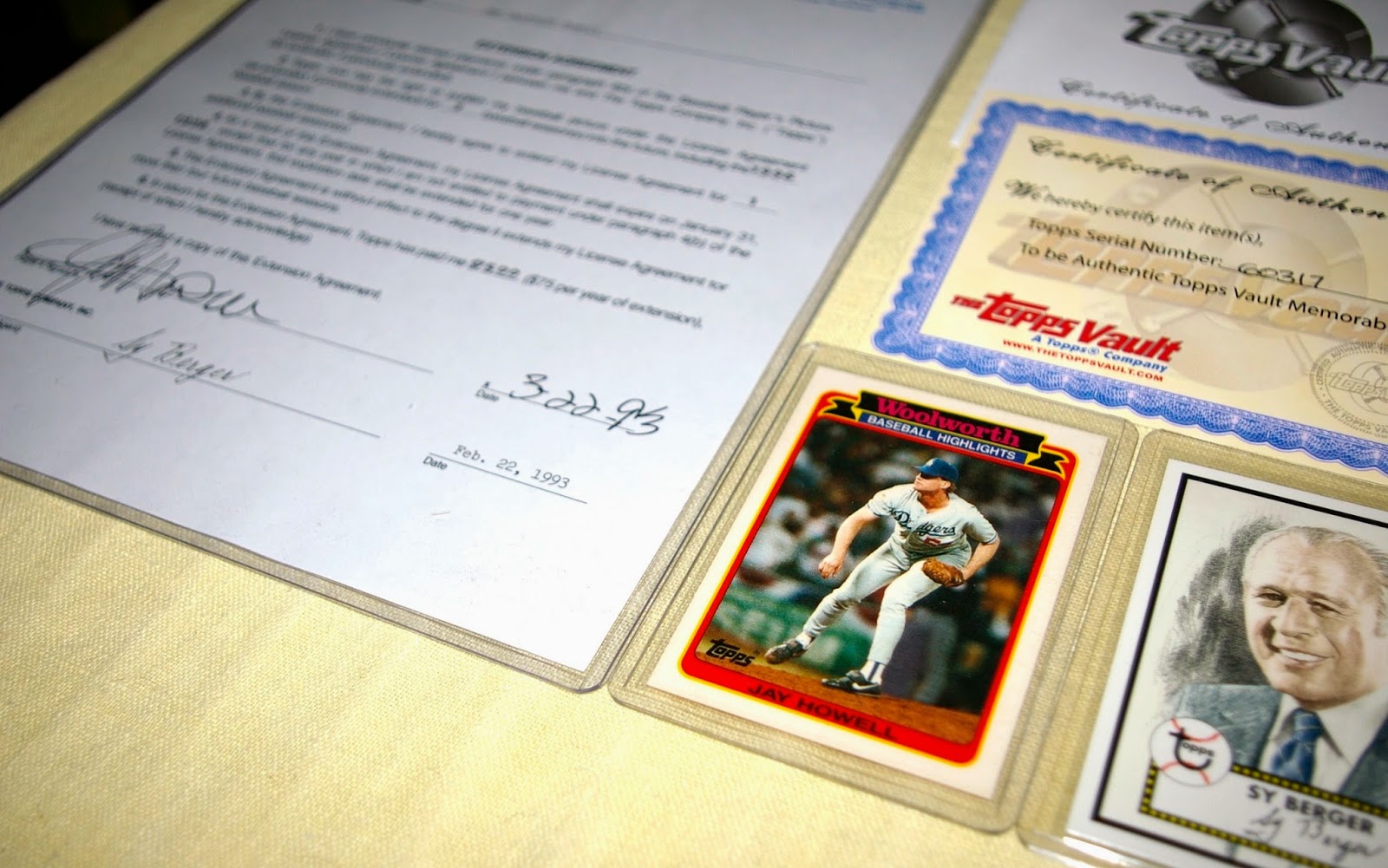 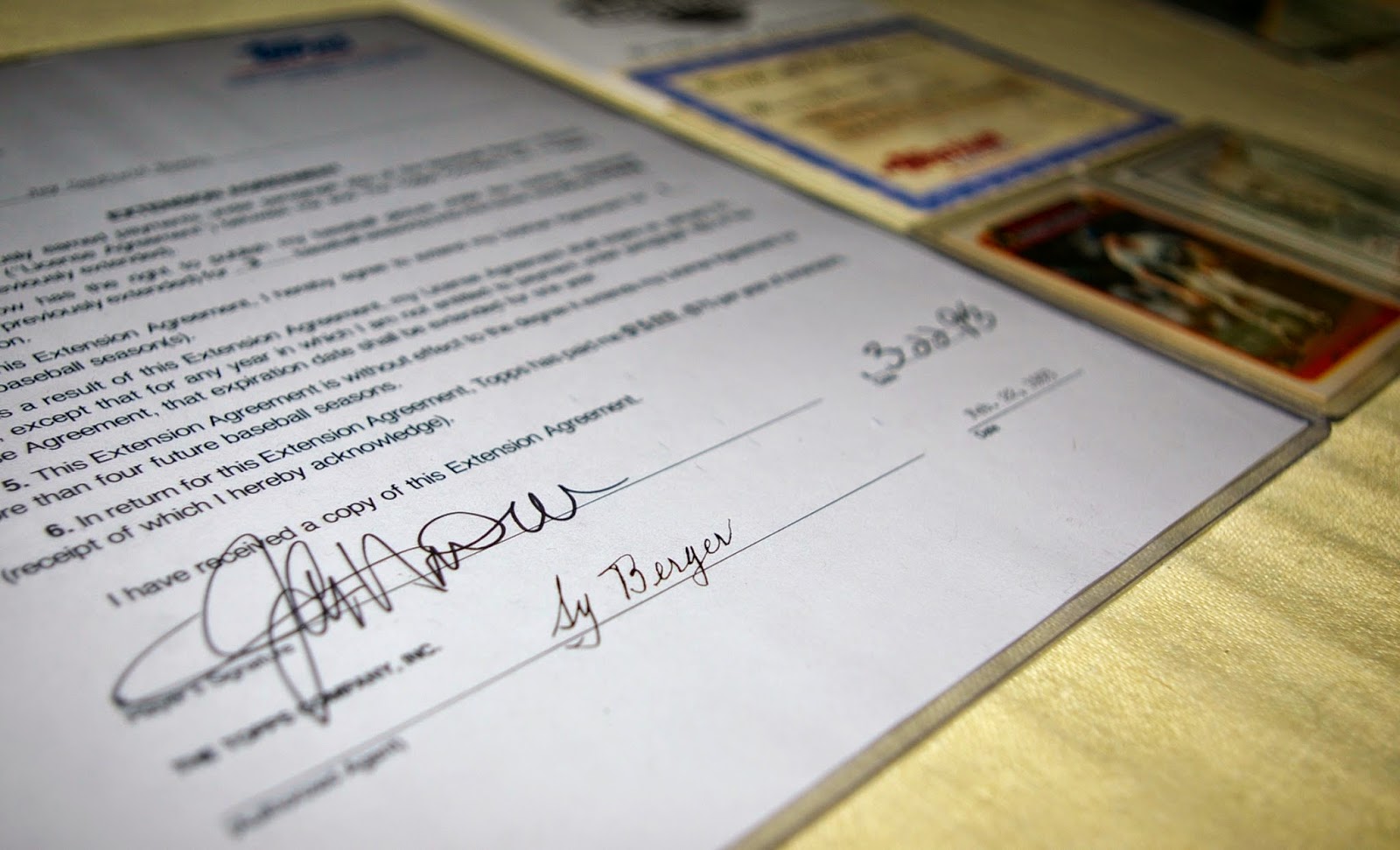 Jay Howell was one of the game's premiere relievers in the late 80s and early 90s, getting selected for the All-Star team thrice. Originally drafted by the Reds, he spent a year with the Cubs and a few years with the Yankees. He went to the A's in the big Rickey Henderson trade, then landed in LA where he probably had the best years of his career. He was the closer on the championship Dodgers team of '88. He currently ranks 56th in career saves (155) and 67th in games finished (360). After retiring, Howell coached Cal State Northridge from 1998 to 2005 where he led the Matadors to two Big Sky Conference Titles. 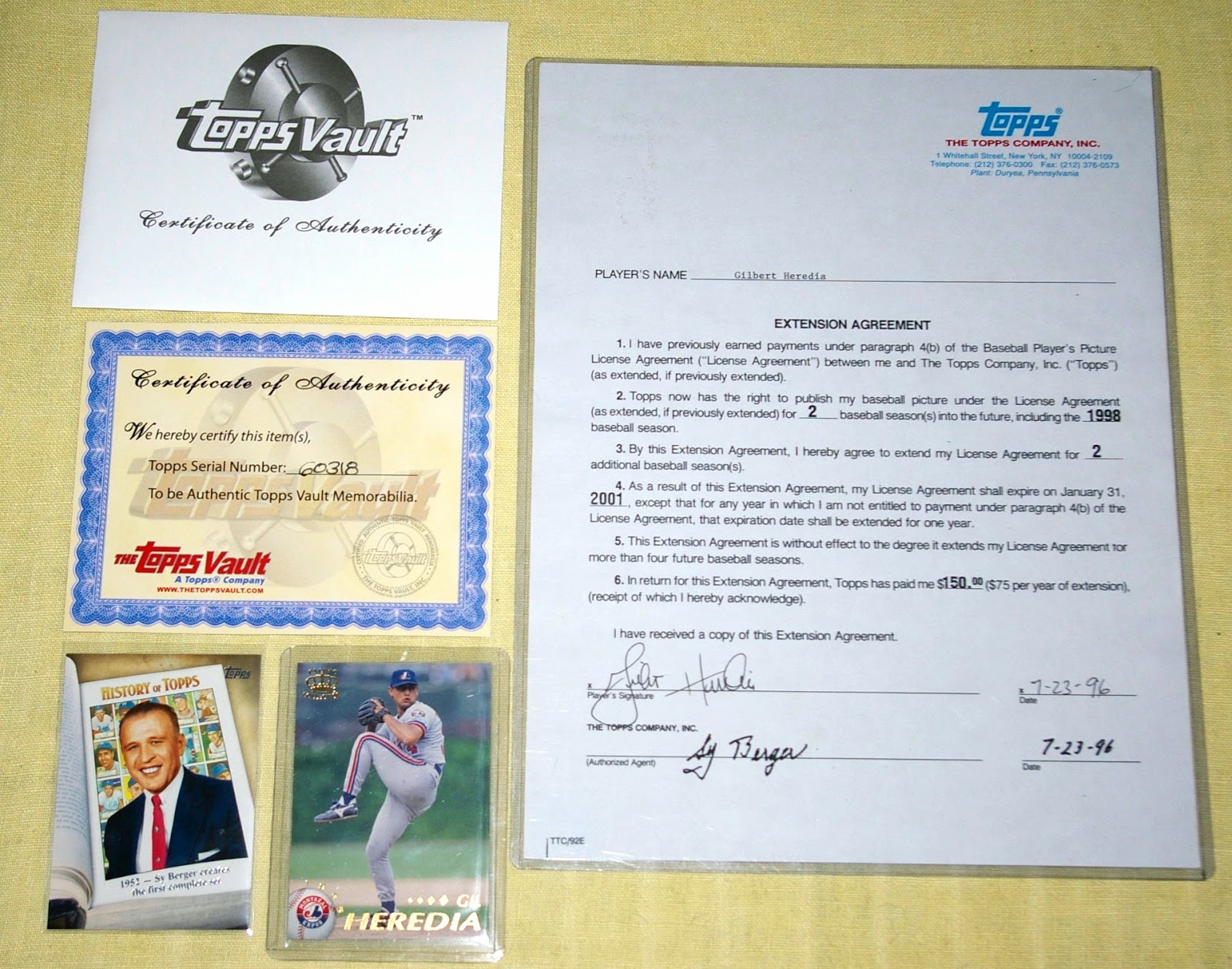 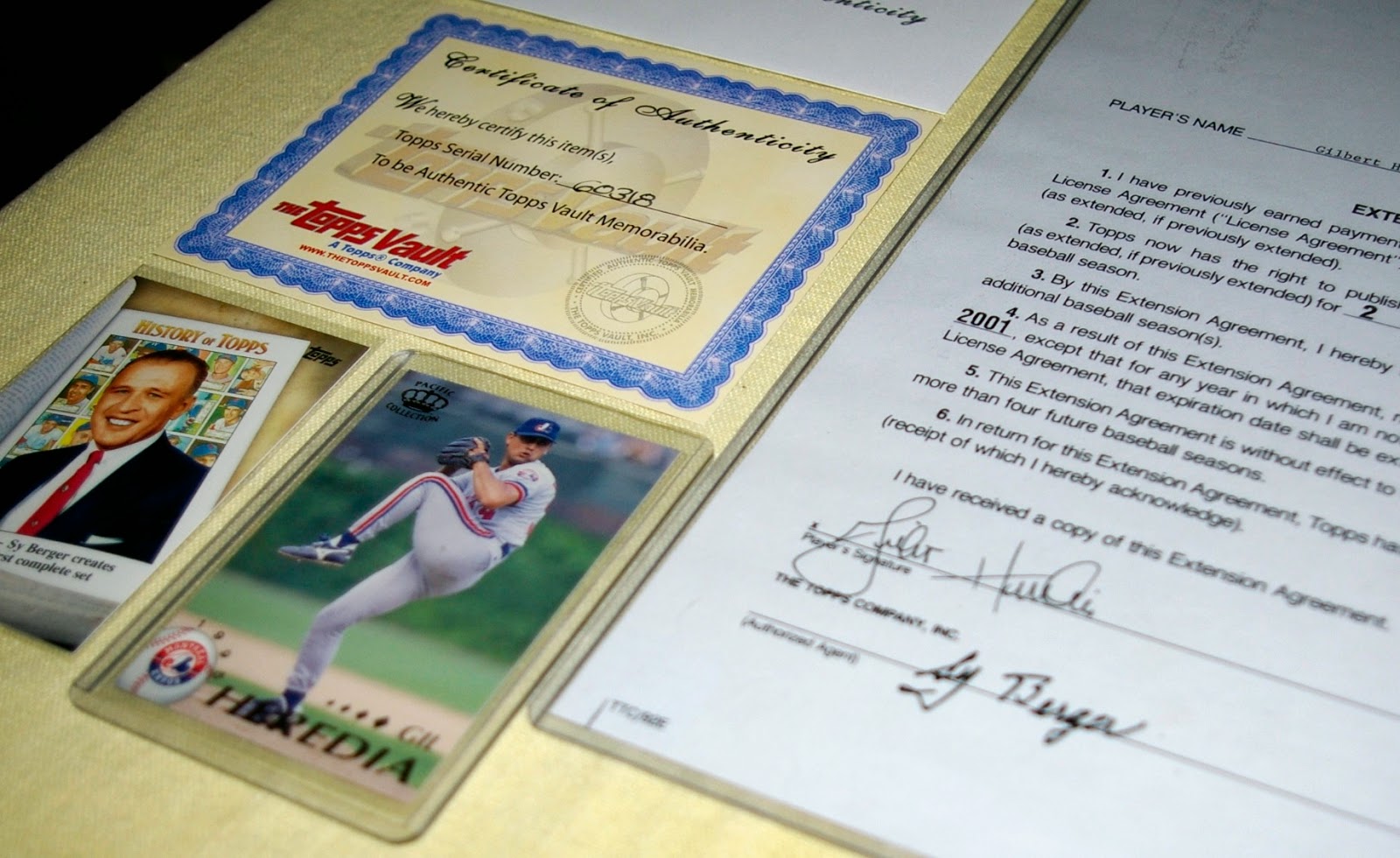 Gil Heredia played on Team USA in 1986 as an amateur before eventually making his major league debut with the San Francisco Giants in 1991. On August 18, 1992, he was traded to the Expos. Heredia played four seasons with Montreal putting up an ERA of 3.85. After one season with the Texas Rangers in 1996, he missed the entire 1997 season. He returned to the majors the following year with the Oakland A's. A relief pitcher for most of his career, Heredia did not become a full-time starter until he joined the A's. He pitched a career-high 200 innings in 1999, his first full season with the A's. In 2000, he recorded a career-high 15 wins. He retired after the 2001 season. He is currently a minor league pitching coach in the Arizona Diamondbacks organization. 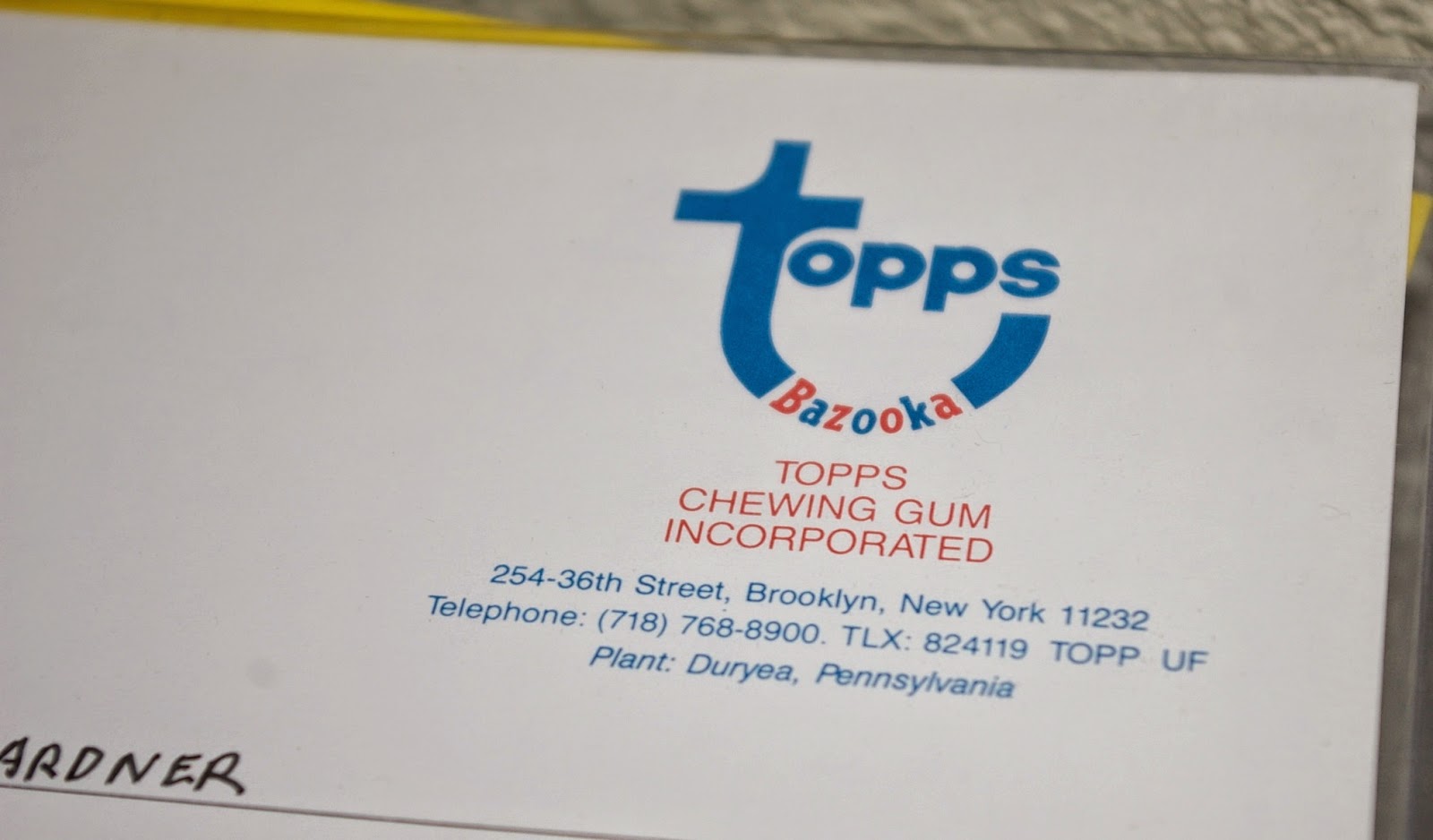 Wes Gardner pitched 8 years in the majors, first coming up with the Mets, but spending most of his career with the Red Sox. His best year was probably 1988 when he pitched 149 innings, starting 18 games as well as coming out of the pen, helping Boston reach the playoffs. He finished his career in 1991 with a few games playing for the Padres and Royals. In 2001, Gardner was inducted into the University of Central Arkansas Bears Hall of Fame. 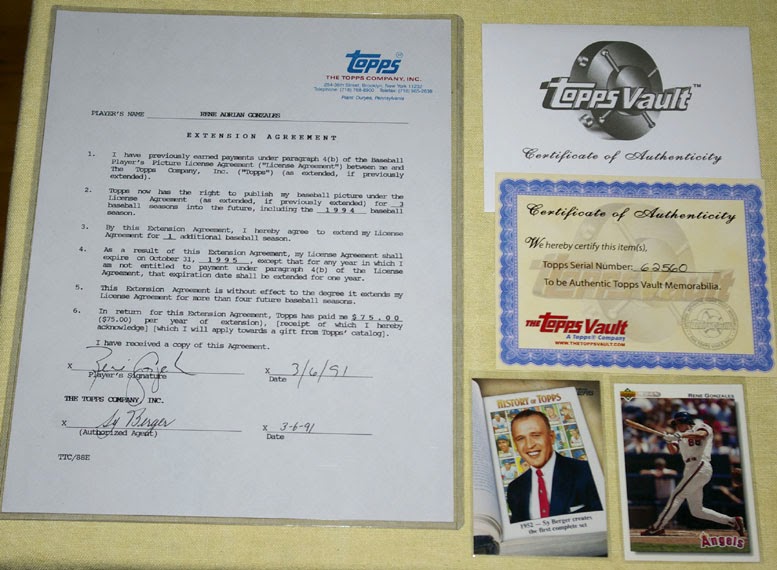 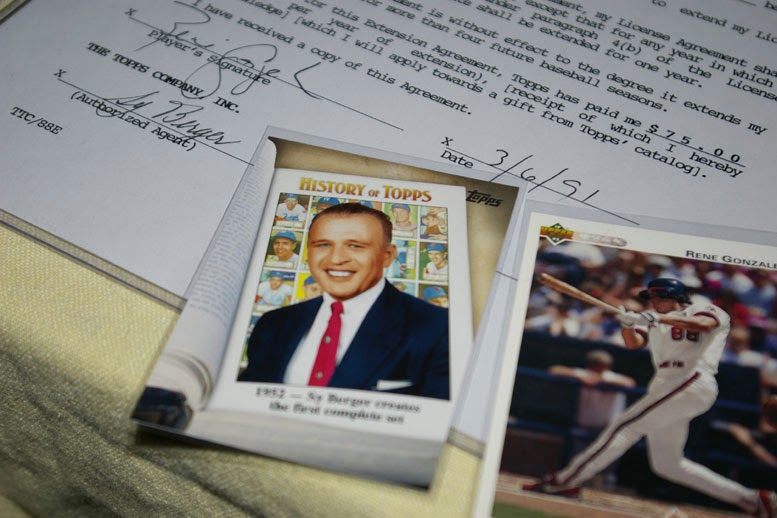 Rene Gonzales was a utility infielder who sometimes went by the name R.C. Gonzales, such as on his 1989 Donruss card. He came up with the Expos in 1984, then went to Baltimore and ended up playing much of his career with the Orioles. He spent 1991 with the Blue Jays, and later played with the Angels, Indians, and Rangers, before finishing out his major league career with 2 games for the Rockies in 1997. After his playing days ended, he managed in the Brewers organization for a few years.

The 3rd overall pick of the 1983 amateur draft, Jeff Kunkel was a handy utility player for the Rangers from 1984 through 1990, even finishing a couple blowouts on the mound. His last taste of major league action was a few games with the Cubs in 1992 backing up Ryne Sandberg and Shawon Dunston.

Paul Kilgus pitched in 6 seasons with 5 teams. He originally came up with the Rangers, then went to the Cubs as part of the big trade that sent Jamie Moyer and Rafael Palmeiro to Texas. He won a career high 12 games for the Rangers in 1988, with 3 shutouts that year. Also played with Toronto, Baltimore, and St. Louis.

I didn't plan it this way, but coincidentally, Jose Guzman is the third guy in a row who played most of his career with the Rangers and then a bit with the Cubs. In 8 seasons, he put up a 80-74 record with a 4.05 ERA. He missed '89-'90 with an injury, then won the 1991 AL Comeback Player of the Year Award. He last played in the bigs in 1994 (and in affiliated ball in 1996), so it's odd this contract is dated 1998. He must have been in spring training toying with the idea of another comeback. In fact, he did eventually make another comeback in 2001, pitching a couple years in Independent ball.

Tim Mauser was a reliever who pitched for the Phillies and Padres in the early 90s. Nothing else really interesting to mention about him.


After buying a few of these contracts, it's become apparent that Sy sometimes used a stamp or autopen to sign his name. That's a bummer for collectors such as myself, who obviously prefer a hand-signed signature.

Did you spot the stamps? I've identified a couple different stamps or autopens that Mr. Berger used, with two sets of signatures being perfect matches:

Besides these four, I believe the other contracts were hand-signed, but I couldn't say for positive.

So there you go, a bunch of Sy Berger contracts. My favorites are the Fordyce (blue ink!), Howell (Word Series champ!), and Gardner (fun Topps-Bazooka logo!). The rest are all available for sale or trade, so please drop me an email if you'd like to see about working something out for one of them.
Posted by defgav at 4:01 PM