A Little from St. Nick

Nobody packs quite as much awesomeness into a little plain white envelope than Dimebox Nick. 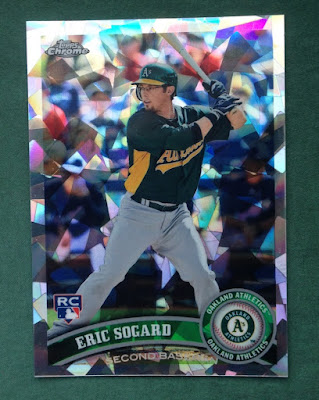 I think many would put 2011 Topps Chrome Atomic Refractors on their shortlist of the all-time best parallels. They really are incredible looking cards. They're somewhat scare (#'d /225), so Eric Sogard here is the first of this parallel to make it into the 2011 Topps parallel frankenset I'm working on. 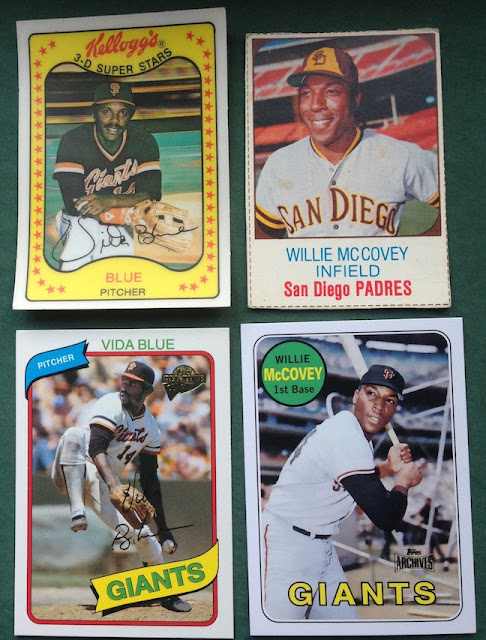 Teammates Vida Blue and Willie McCovey show up here in both vintage oddballs and recent rehashes. 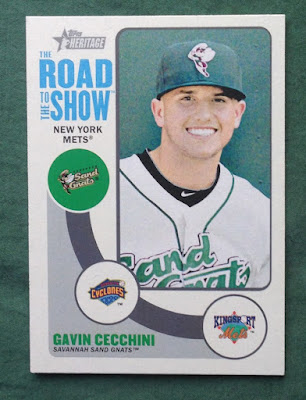 A new Gavin Cecchini for my PC! And coincidentally, it's his 23rd birthday today. Happy Birthday, Gavin! 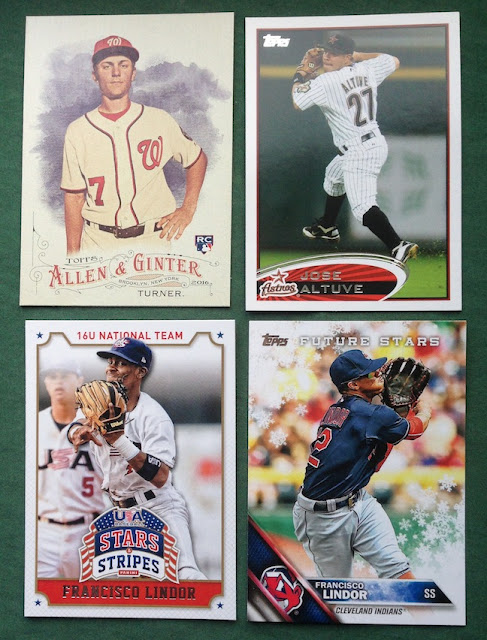 More of the game's finest young middle infielders I've recently started collecting. The Altuve was a Desperate Double Dozen need, as I look to fill in some holes in that PC. 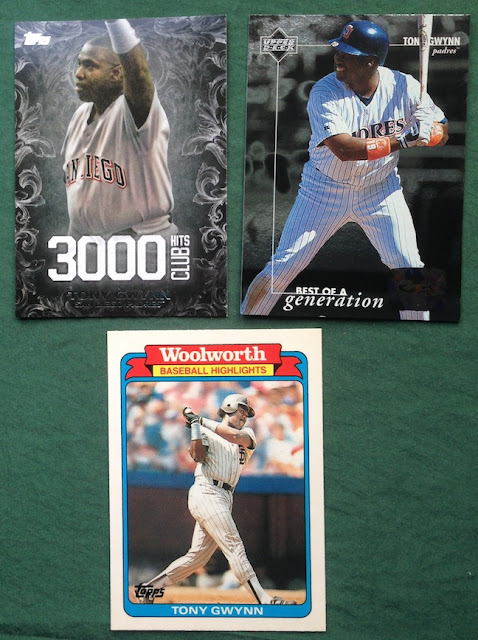 A nice Gwynn assortment. I've recently been chipping away at the overdue task of sorting my massive Gwynn collection, finally making my way through the overproduction era (Anyone need any junk Gwynns? I've got hundreds of dupes available. Can't make rip cards with all of them! And can I just say that I'm sorry for being all over the cardsphere lately. I'm sure people are sick of me and my rip cards. I achieved my goal of being mentioned in others' posts for a week, and then some. Now I'm almost starting to get a little embarrassed at all the attention. Sort of like on Twitter, I love when I get a couple fav's and/or re-tweets, but once in a while I have a popular tweet that gets retweeted a lot and then I start feeling weird about it. LOL) 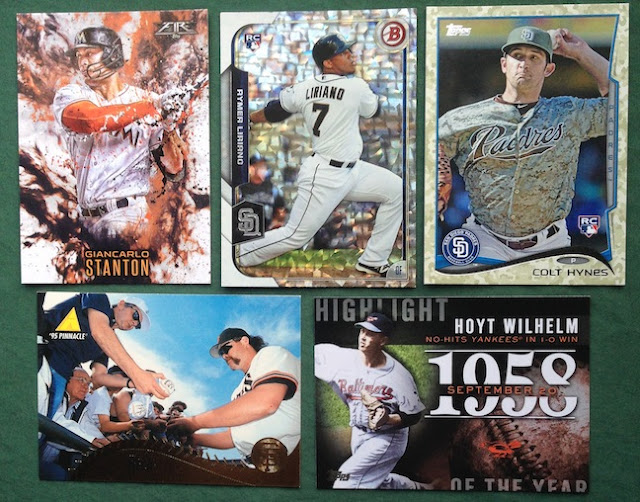 And we close with these cards of fire and ice. Those Fire cards are kinda odd as I think of that as a football card thing, but that Giancarlo is cool, featuring the modified helmet with face shield.

Speaking of guys who missed considerable time due to taking a fastball in the face, that's a nice cracked ice parallel of Rymer Liriano. After missing all of 2016, looks like the White Sox picked him off waivers from the Brewers. Here's hoping he bounces back and makes it into some games in the Windy City next year. I sure have a ton of his cards from his time as a top prospect for the Padres.

Colt Hynes hasn't had much of a career, but those /99 camo parallels are always cool to get.

Great Rod Beck card with him taking time for the fans, as he was known to do regardless if there was a hunched down photographer beside him or not.

And always great adding a new Hoyt Wilhelm to the PC.


Excellent stuff, as always, Nick! I hope you're equally pleased with the PWE from me!
Posted by defgav at 4:07 PM