I had an epic box break yesterday, but the high-end holiday breaks aren't over for me quite yet! 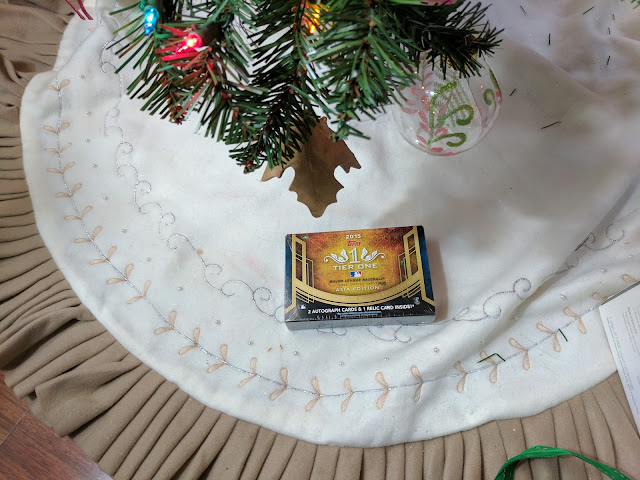 I got a box of 2015 Topps Tier One from the in-laws for Christmas. Nice!
Let's check out the 3 cards in the box. 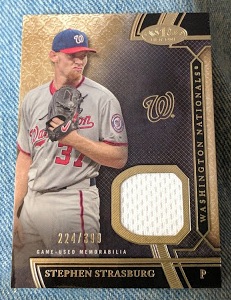 Cool.. I collect fellow SDSU Aztec alum Stephen Strasburg. I think this is my first relic of him. 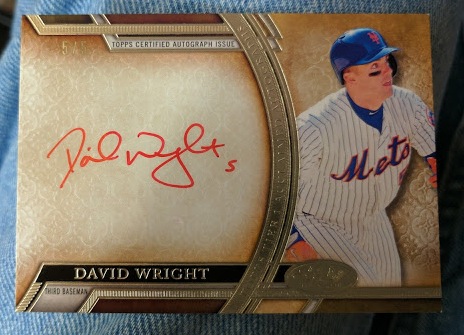 Wow, this is a pretty nice hit. Or at least it would have been back when David Wright was among the best players in the game. He's still a big fan favorite for Mets fans. The red ink is a nice change of pace! It's hard to tell, but up in the left corner, it's numbered 5/5.. and from the inscription, you can see 5 is also his jersey number. So that's a nice "eBay 1/1" if you're into that sort of thing.
Or maybe you're more traditional with your one-of-ones. Well.. 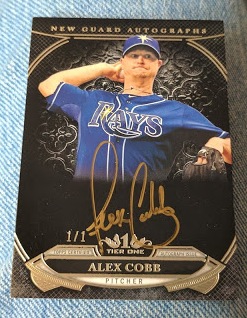 Alex Cobb might not be the best name you could pull, but that's a fine looking card. And it's a 1/1!
He was out all 2015 and much of 2016 recovering from Tommy John. Hopefully he comes back strong in 2017 and makes this auto a sweet pull for me.

So there's the box. Nothing to knock your socks off, but not too bad. A relic of Stephen Strasburg, a 5/5 David Wright auto, and a 1/1 Alex Cobb auto. Definitely could do worse than that!

I also got 1 more box of cards for Christmas, but we'll save that for tomorrow's post.
Take care, guys.
Posted by defgav at 11:41 AM