Cards of Merriment and Joyousness

Looks like my Holiday Blast is in full effect across the nation. Well, if Kenny all the way over in NY got his, I'm assuming the rest I sent the same day have either shown up yesterday or will today. Call it a narcissistic goal, but I'd love to make it a full week with "cards from Baseball Card Breakdown" posts posted on the cardsphere. That'd be cool, right?! Already at 2 consecutive days going for me (Dec 14, Dec 15), though I don't think I've gotten one yet today and the hour is growing dark.

I got some nice incoming card packages over the past few days. Let's take a look. 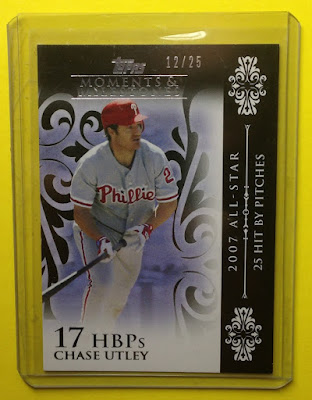 Here's a surprise 1-card PWE courtesy of Trevor over at Bump and Run Cards. And what better for a Christmastime surprise than a Christmas Card! A card trumpeting Chase Utley's times being hit by a pitch (specifically the 17th time out of 25 times total on the year) is a bit of an odd card, but it's serial numbered 12/25, and so I will take it to the grave with me. Big thanks, Trevor!!

Next up is Tim B. from the blog Wish They Still Smelled Like Cardboard Nobody's Got Time For. (Sorry, I'm drafting this at work and have had a couple work beers to ring in the weekend.) He's had a busy year and I don't think we had swapped cards yet in 2016, but I'm glad we were able to reconnect here in mid December. He hooked me up with some great stuff. 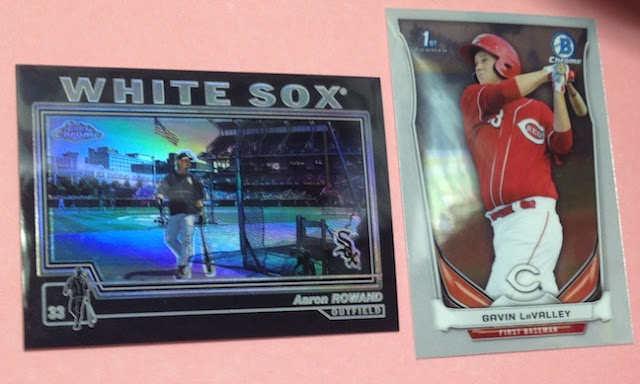 It was June that I last was able to check a card off my 2014 Chrome Black setbuild, so this Aaron Rowand is very appreciated! And while I've got that Gavin LaValley-- several copies, in fact, thanks to getting in on some group player breaks-- it's a welcome sight.

Quick aside... another Gavin, Gavin Lux is featured in 2016 Bowman Draft. I put in what I thought were very competitive bids for his slot in about a dozen group breaks and I got decimated in each auction. So yeah, while my Gavin LaValley 2014 Bowman Draft rainbow is pretty impressive, I will not be rainbowing Gavin Lux's 2016 Bowman Draft card due to financial infeasibility. I'll just have to be happy with eventually landing his base card, base auto, and maybe a parallel or two. 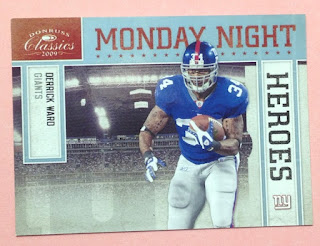 When I came to this card, I was like, huh? I thought maybe the wrong card got slipped in the package.. was this meant for Giant fan Sport Card Collectors or somebody? But nope, turn it over... 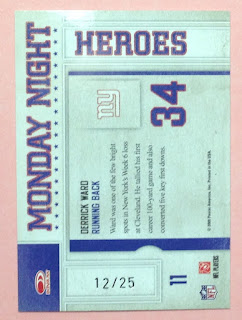 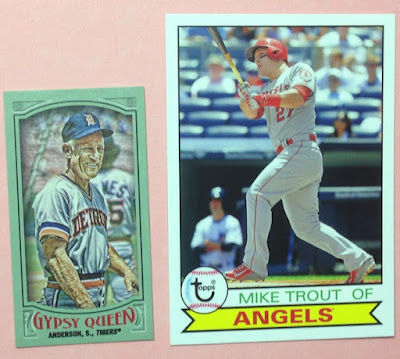 Here's a Sparky and a Trout. (mmmm.. seared trout) 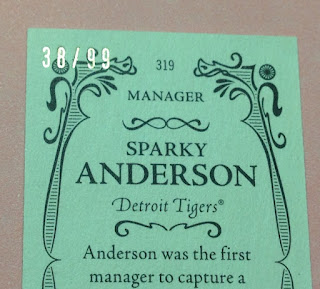 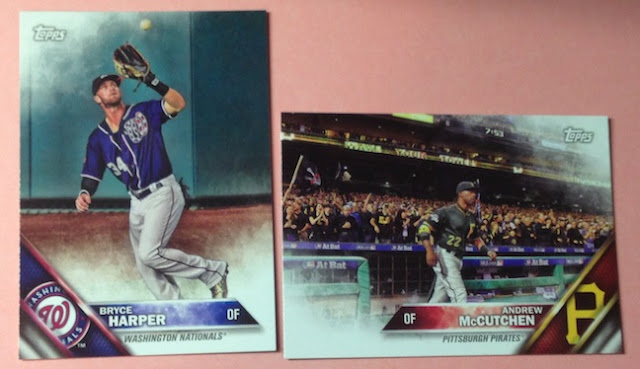 These aren't just any 2016 Topps cards, but rather the much more scared Lids/New Era versions. Very nice! I actually already had the Cutch (with an expensive Padres hat to prove it), so it's available for trade. 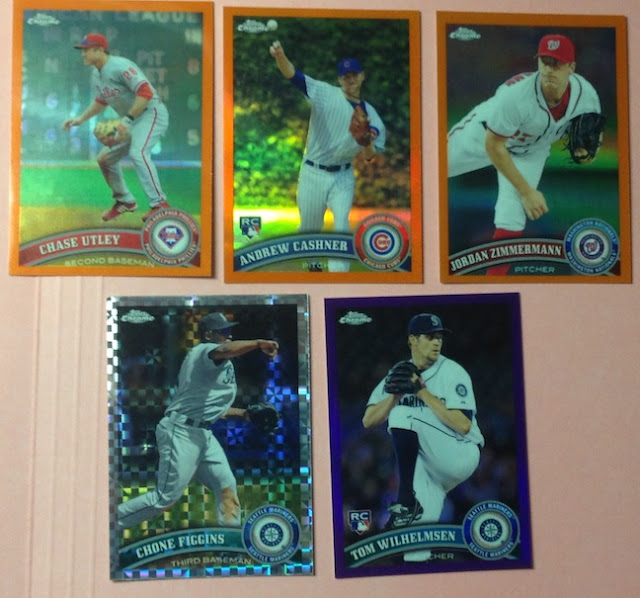 2011 parallels! Utley makes another appearance in this post. Cashner was/is a PC guy, so that's a bonus. Zimmermann's pretty good, right? The purple refractors are /250. 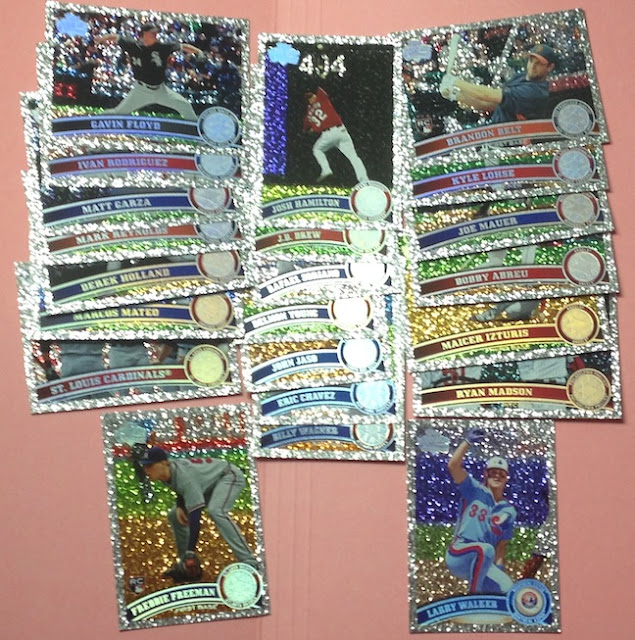 Diamonds! Diamonds! I haven't had a chance to update my wantlist with these, but looks like a great lot with some big names. 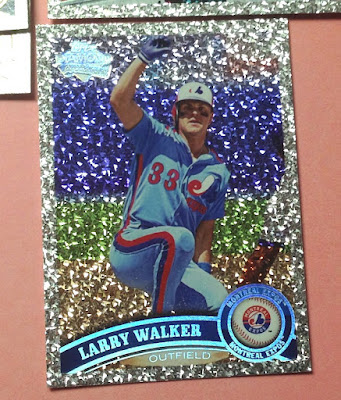 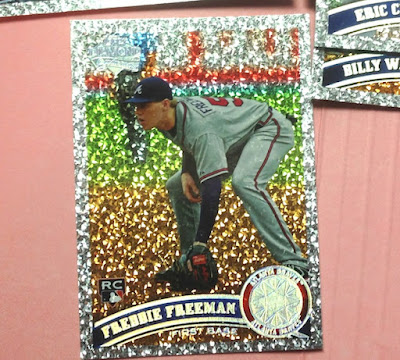 Next is a nice "Operation PWE" package from Stealing Home. 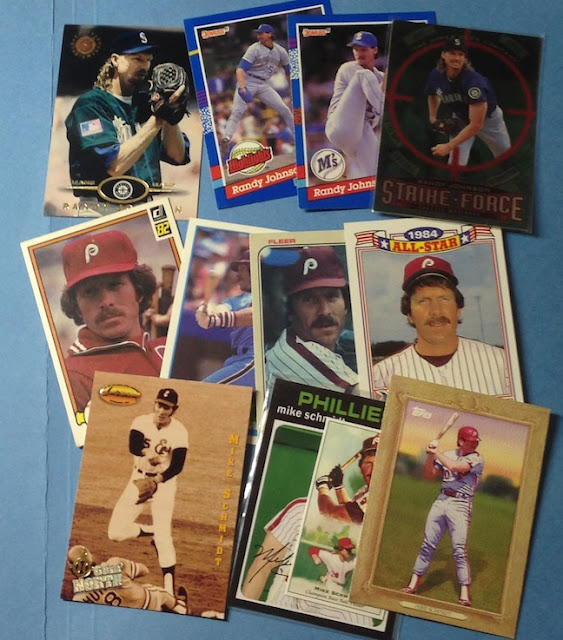 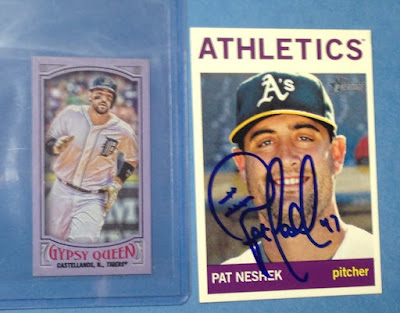 Here's a #'d mini and an autographed Neshek. Sweet! 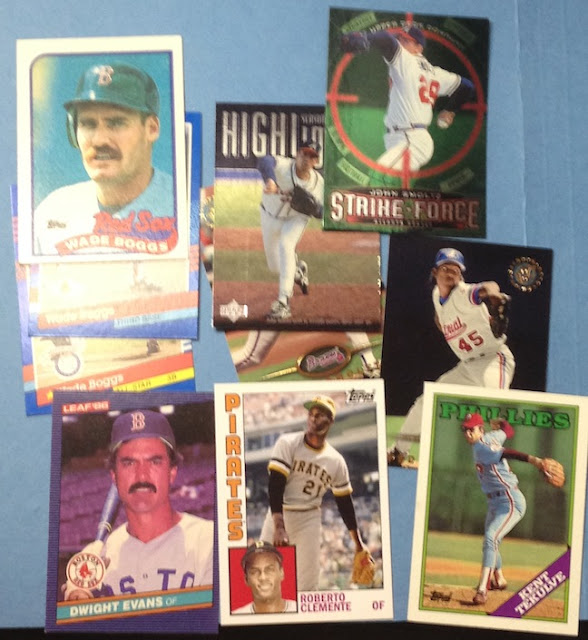 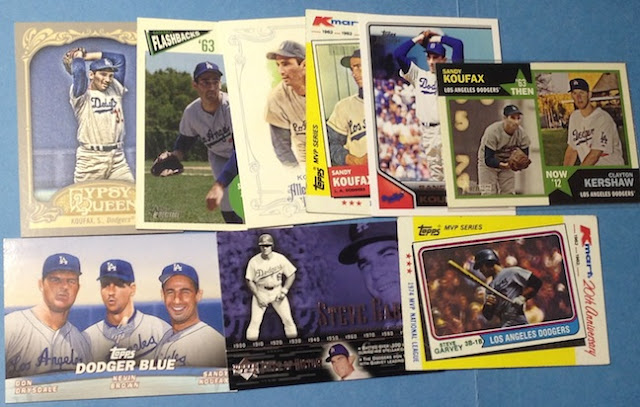 Dodgers I happen to collect! 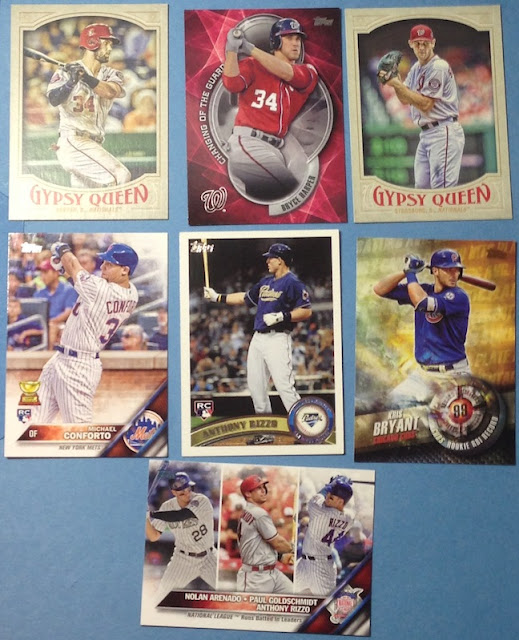 Some current dudes I collect, including a Rizzo RC back on those happy days when he was a Padre. 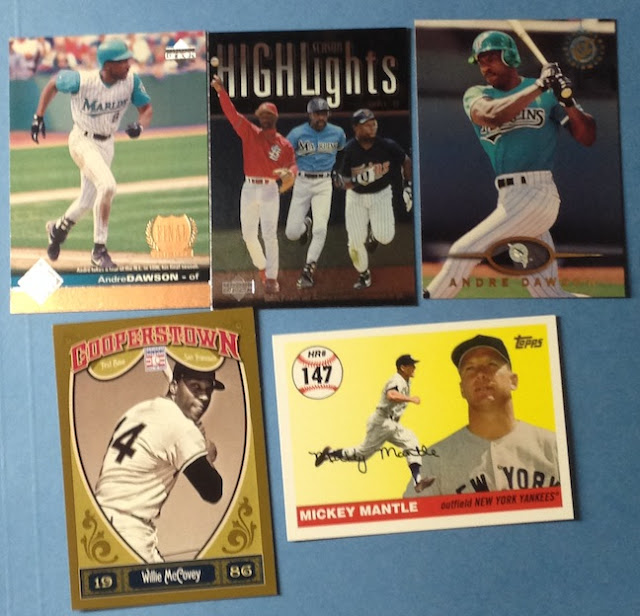 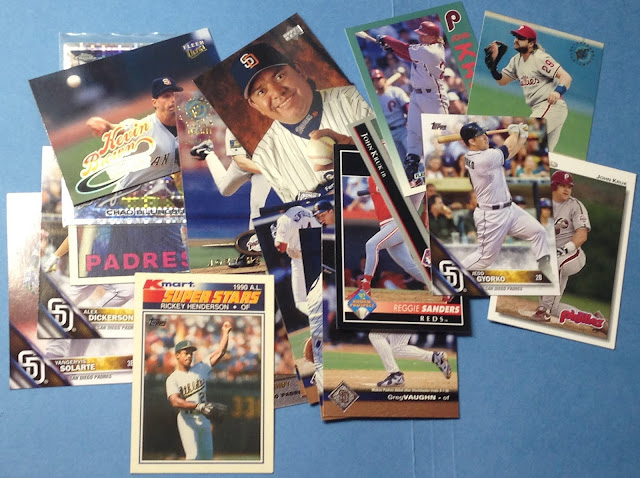 At this point my wife was calling me for dinner, so here's a rushed shot of some other keepers in the package.

Thanks a bunch, buddy!

Thanks again, Trevor, Tim, and OM for the thoughtful cards! Very appreciated.