P-town Tom offered to send me a blaster of recent stuff in exchange for a favor, and I suggested either a Target mega box dealie with the Update Chrome, or one of those Walmart snowflake dealies. At the time, it seemed like kind of an under-the-radar release that wasn't being talked about much. But then the day I sent the email, they started getting featured on nearly every card blog, so maybe not. But oh well, still excited to check them out for myself, and I didn't even need to step foot in a Walmart to get it! Always a plus.

We had a bit of a snow here today. Good news is I got out of work a little early, but the bad news the commute home took twice as long. But what better way to take the edge off a rough day than to rip some packs? Snow-themed, at that! Yeah, let's do it! 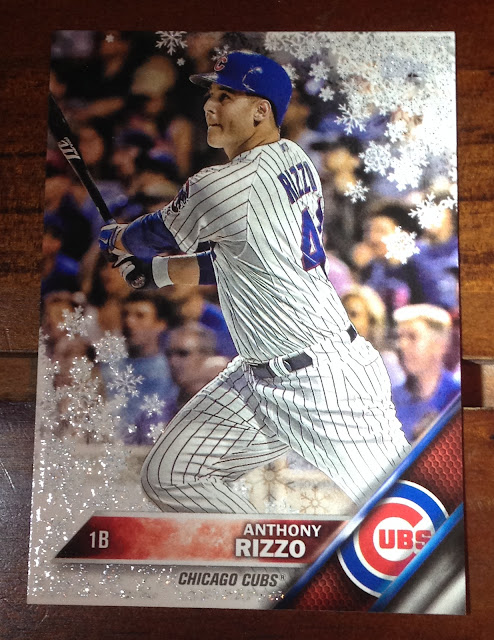 Right of the bat, this would have been a good box for a Cubs fan, as I pulled a bumpy snowflake parallel of Anthony Rizzo. 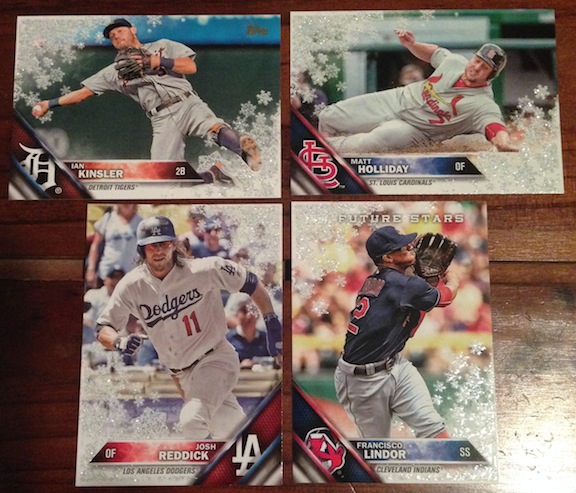 Here are my other bumpy snowflake parallels. Not a bad lot, with Lindor being a PC guy for me and the rest up for trades. 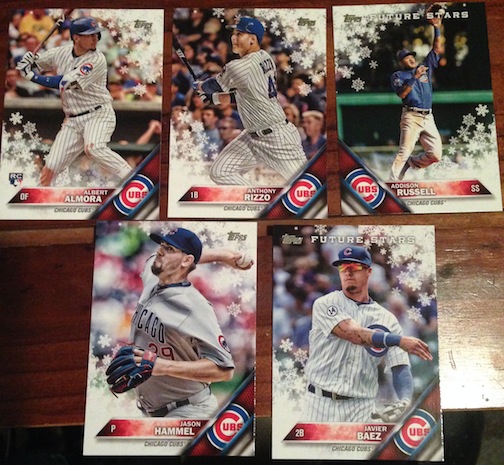 Again, a Cubs fan would have been happy with the box... lots of Cubbies. There was also an Arrieta I forgot to get into the photo. 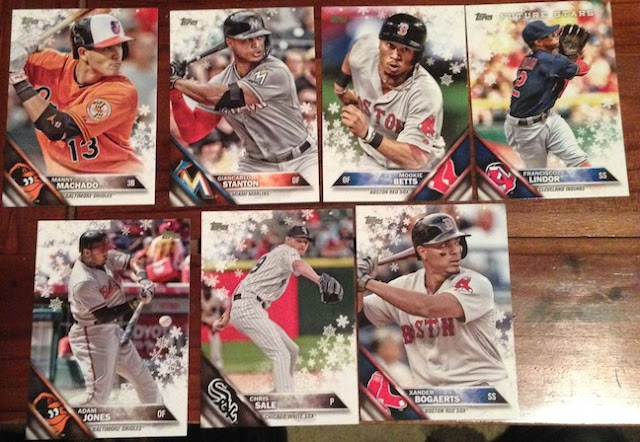 A bunch of guys I collect, frolicking in the flurries. 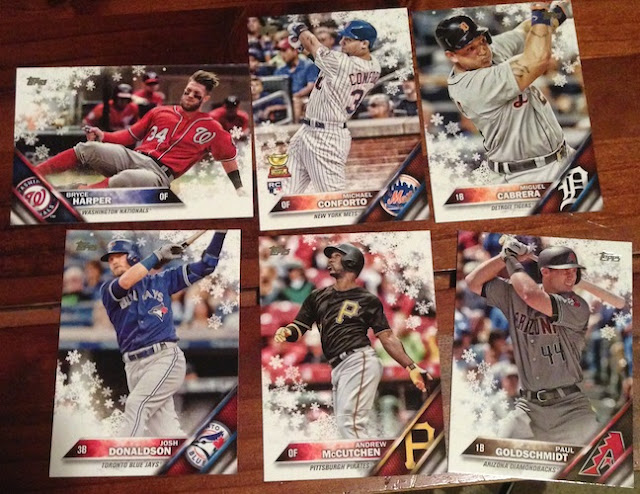 And more guys I collect!

These boxes promise one hit per. It seems the vast majority of such hits are plain white jersey swatches. Well, the good news... 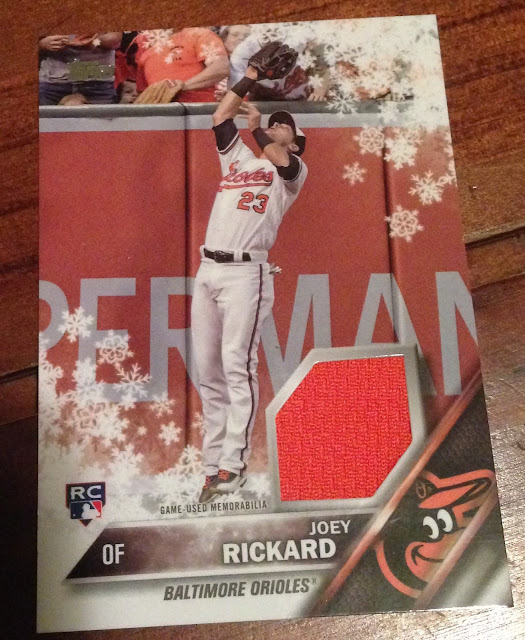 It's a vibrant orange swatch. Bad news is I've never heard of Joey Rickard. Looks like he had a decent debut season in 2016. So whatever. I'll take it. (or trade it if anyone really wants it.)