I was checking out Gavin Lux 2016 Bowman Draft autos the other day (still too pricey for me.. yikes. Too bad his pre-Dodgers cards haven't appreciated in value much yet, as I've got a bunch of those) and came across this one: 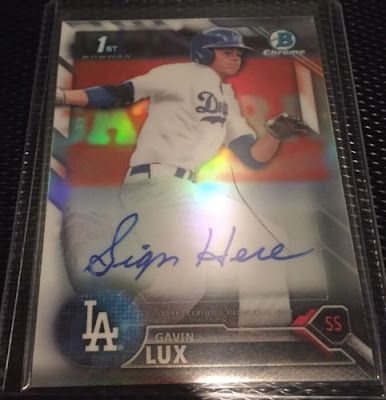 I always assumed the card company representatives probably provided an example card like this just to remove any question the signer might have as to where to sign, but this was the first time I actually saw one.

Then I checked around and found a few more examples... (I don't own any of the cards in this post; just snagged pics off eBay.) 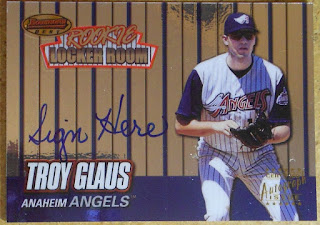 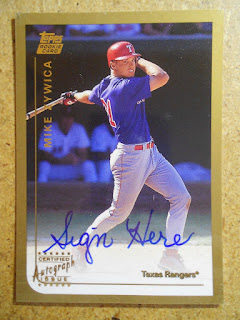 While it seems the Gavin Lux card up top accidentally got packed out (pulled from a pack, according to the seller), the other three apparently slipped into circulation by a Topps representative looking to make a few extra bucks ("backdoored" is the term, I believe).

These are kinda neat. I don't think I'd pay a ton for one of these, but I could see myself throwing in a reasonable bid for such a card of a guy I collect.

Any of you have a "Sign Here" card of anyone?

Circling back to Gavin Lux, another thing I noticed when looking at his recent auto cards, sometimes he only signs his last name.

The first card in this lot, you can tell he signed "Gavin Lux" but then by the next two, looks like he got lazy and just signed an approximation of "Lux". Hard to blame the guy, chugging through probably at least a couple thousand or so cards to sign, though obviously I'd prefer to get the Gavin in there. Looks like all of his 2016 Bowman Draft auto cards feature the abbreviated signature, while about 20% of his 2016 Bowman's Best autos include the Gavin. Kind of interesting!
Posted by defgav at 4:18 PM