If you missed it, it was my blog's 4th anniversary the other day. I discretely put out a call for contestants for a Big Fun Game down near the bottom of my Paul Molitor PC post to celebrate. Looks like we got 15 players for the game:

Give me a day or two to finalize the 15 mysterious prizes, and we'll kick off the game soon.

Speaking of being sly and strategic, I try to not buy cards purely to flip them for a profit, but once in a while I stumble on a deal too good to pass up.. often an eBay listing with a bad title or a really low Buy It Now price. A couple such cards I couldn't pass up were a pair of Tom Seaver autos. While I do have a modest Seaver PC, gotta admit I snatched these up with the intention of selling them for substantially more than I paid. 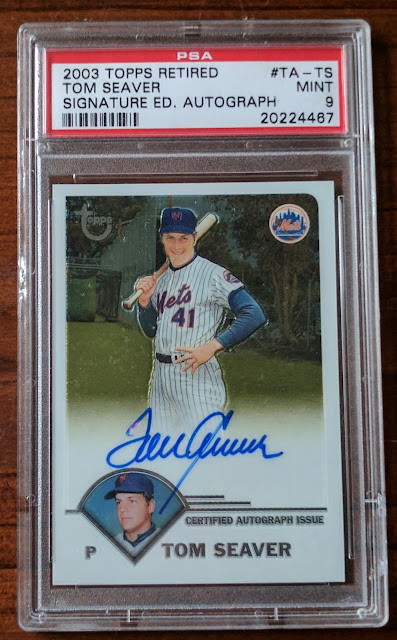 This 2003 Retired card is encased and graded a so-so PSA 9. Still, though, this was a good BIN deal and I'm confident I could sell it for twice what I paid once I get around to attempting to do so. 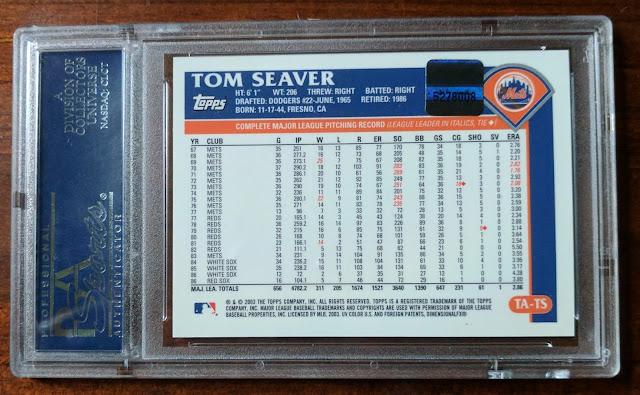 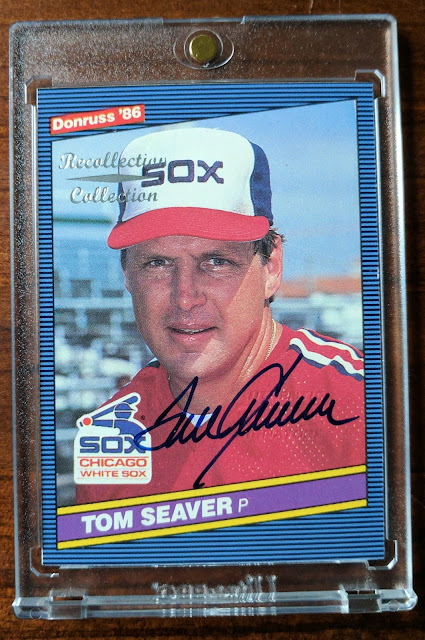 This buyback auto was poorly listed.. I only noticed it because I was looking at other auctions this guy had because there was something else that caught my eye. Ended up winning it embarrassingly cheap. 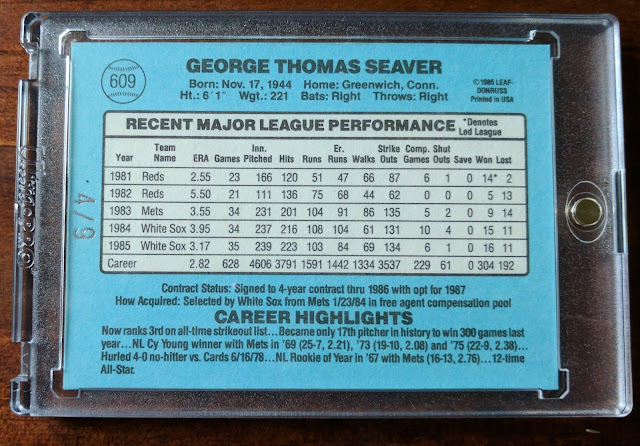 It's serial numbered 4/9 on the back. Again, I like the card ok, but if I can sell it for a nice chunk of change, I will. Or if anyone reading has a nice card to offer me in trade (specifically looking for some '65 Topps HOFers these days), feel free to get in touch.

I recently sold my first Mike Trout auto, just a week or so before he got hurt, so good timing on my part, I guess. After amazingly winding up with 3 other Trout autos I liked better (it was a stickergraph, bleck), I was willing to let it go, and was very happy to sell it for twice what I paid for it a year or two earlier.

But again, I try not to sell too much, because that can take some fun out of the hobby when you concern yourself with trying to make money. 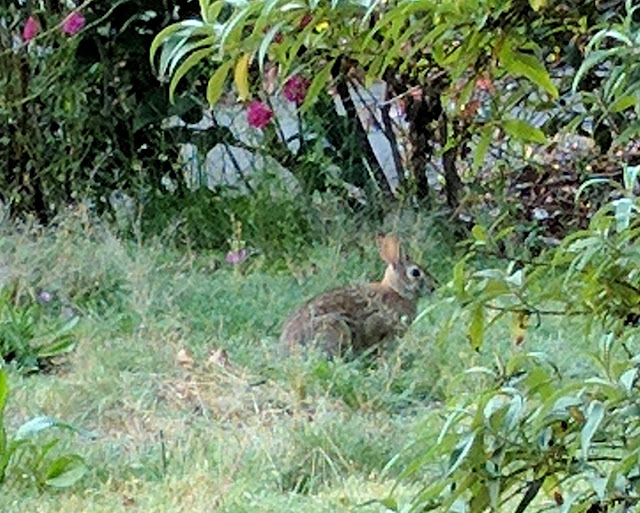 Ok, this is a non sequitur, but here's a photo of a bunny that was in my front yard the other day. And I live in the city of Portland on a pretty busy street, so it's weird to see a wild rabbit, but there he or she is. Actually saw it (or a different bunny) a few days prior. Godspeed, little fella! Hope you don't end up as roadkill! I saw a wild rabbit once back when I lived in El Cajon, not too far from Granite Hills High School.

Best of luck, Jayson and Sean! Assuming you sign, hope you perform well (and get cards that I can collect!)

In other Granite Hills alum baseball news, Travis Taijeron is having another fine year in AAA, leading the Las Vegas 51s in home runs. Perhaps all the injuries to the Mets will finally give him a shot in the bigs? Fingers crossed!

Anyways, I'm writing this at work late Friday evening. I'm going to a concert downtown tonight, so figured I'd stay out here rather than come home for like a half hour then commute back into downtown. Haven't been to a live (music) show in a long time, especially in a club setting. Electric Six! Love those guys. Should be a fun show. Have a good weekend, everybody!