Ok, we'll see about wrapping up my big 1000 Posts contest in just a second.

As far as incoming cards from the cardsphere, the only thing I've received in the past week is my prize from Johnny's Trading Spot's big fun game. After earlier getting multiple items "stolen" from me during JBF's game, this time out I used a little strategy and passed when my turn came up so I could possibly snipe something good near the end. I think it worked out pretty well for me, as I was able to yoink a nice lot of 2017 Bunt blue parallels. 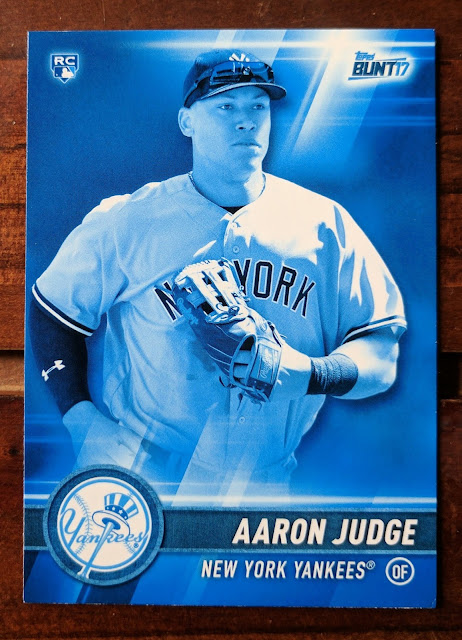 This Aaron Judge was definitely the card that caught my eye the most. Dude has been unreal. Yesterday he hit the hardest-hit homer of the year, then followed it up today with the longest homer known to man, or something like that. You gotta expect he'll come back down to earth soon, but man, he just keeps on dropping jaws. So anyways, I was very happy to snag this RC parallel. I can try to pretend it's a cyan printing plate, though really these parallels are like 1 per pack, right?, so not all that rare, but still cool. 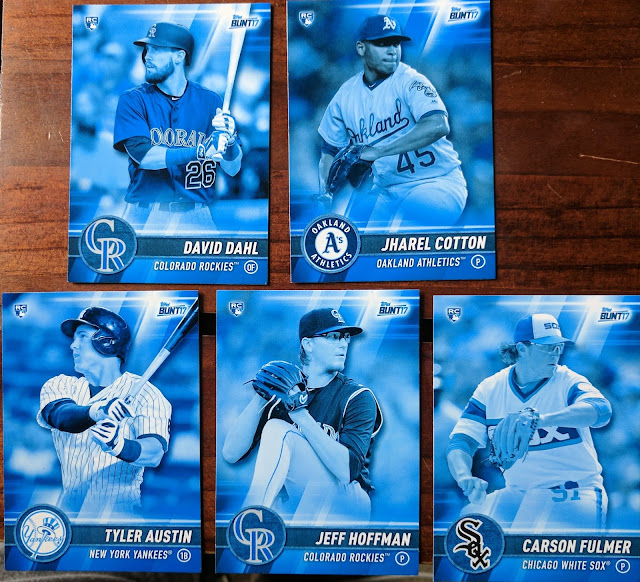 Some other solid rookies in the lot.

A few guys I collect. 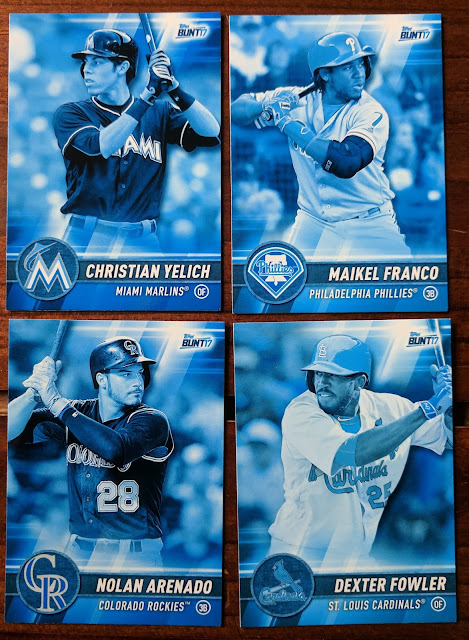 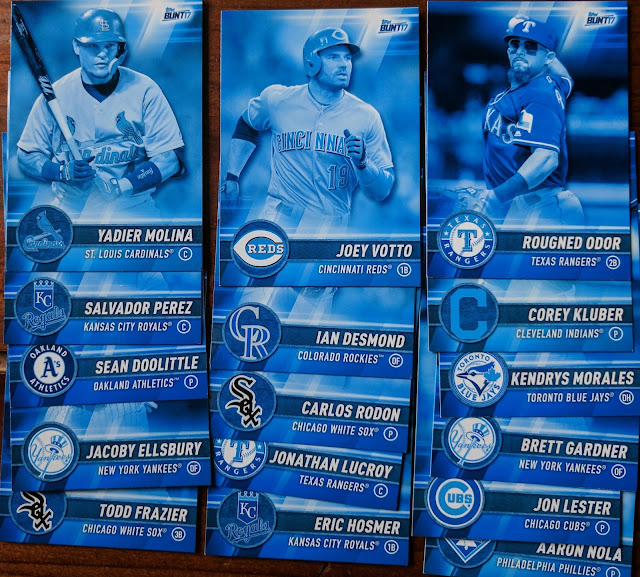 The rest of these are headed for the tradeables box, I suppose. 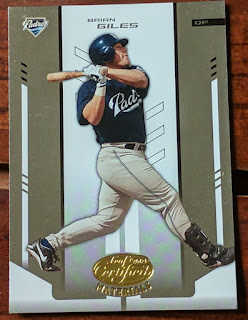 John kindly threw in a bonus card for the Brian Giles PC, too.

Awesome stuff.. big thanks, John! I know I owe you cards, and I'm going to get on that ASAP. 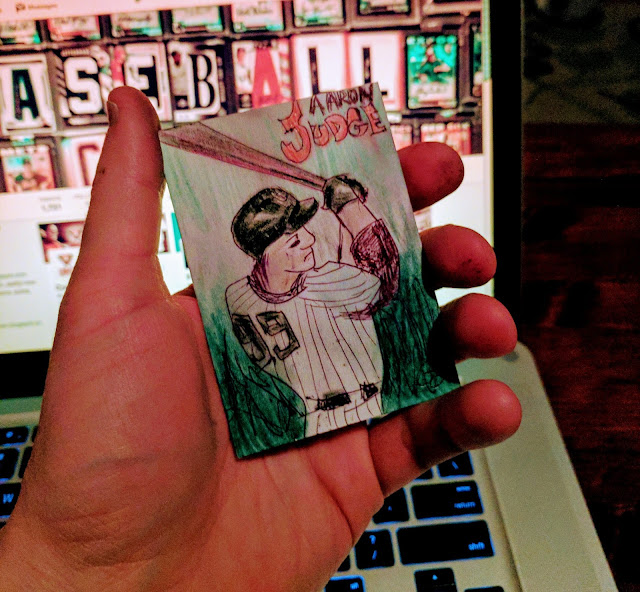 Swept up in Judge-mania, I whipped up this sketchcard late last night. Turned out pretty decent by my standards. I'm trying to get over the hump to 500 Twitter followers, so I offered it up as a prize randomized to followers who RT if I can hit that magic number within the next few days. So yeah, go follow @breakdowncards if you're into that sort of thing.


Ok, now let's shake out my 1000 Posts contest. It was a great turnout, with 71 folks throwing their name in the hat. Thanks a lot to everyone who entered!

Here are the entrants in order of their comment:

Man! That was a chore to type up / c&p. And wow, looks like Matt is a popular name for card collectors!

Now let's randomize to assign a number. Let's say the winner is the combined number of hits in the ESPN Sunday Night Baseball game between Tigers and Red Sox tonight (6/11/17). (I like to do stuff like this to make it extra random and add some excitement.)

Again, this list below is NOT selecting a winner, it's only assigning numbers.
(Full disclosure: I randomized this twice because I forgot the bonus entries the first time.) 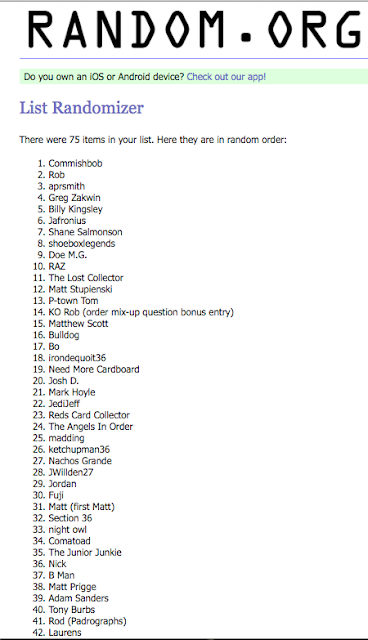 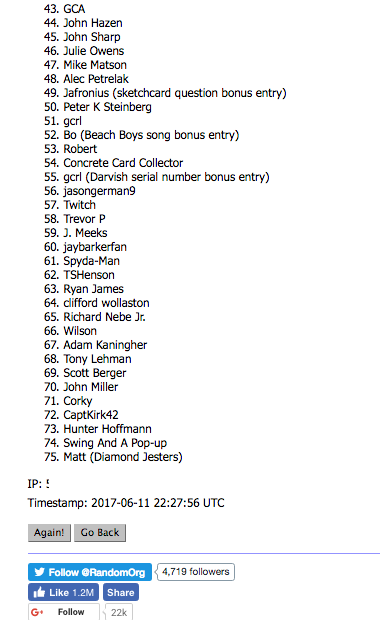 And there's how it shakes out. Odd that most of the bonus entries got grouped together-- and outside the likely winner zone, at that-- but who am I to question Random.org and its randomized ways?

Best of luck to you all!