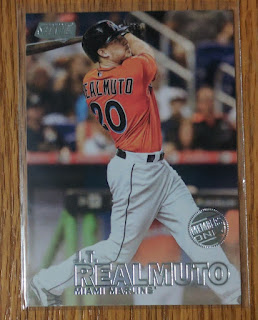 These 2016 Stadium Club "Members Only" parallels aren't serial numbered, but rumored to have a print run of like only 7 or something like that. So even a "who?" player like J.T. Realmuto here was a no-brainer to add to the stack for a quarter. Apparently he's the Marlins' starting catcher, so that's cool.

I usually stay away from Diamond Kings, but these two are numbered out of 400, I think, so I caved. That middle one is Craig Biggio, not Clint Howard, FYI. 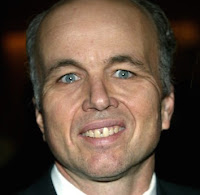 Some young dudes. Surprised to find that Austin Hedges RC I didn't recognize. 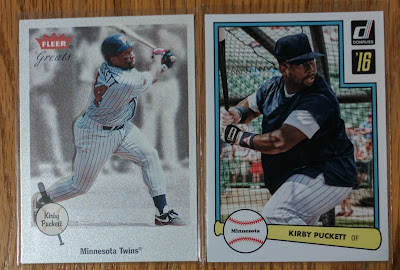 I recently (re)started a little Kirby Puckett PC. He's got tons of cards out there, so shouldn't take me long to get him into my Hundred Card Club. I really want a certified auto, but they're obviously expensive. 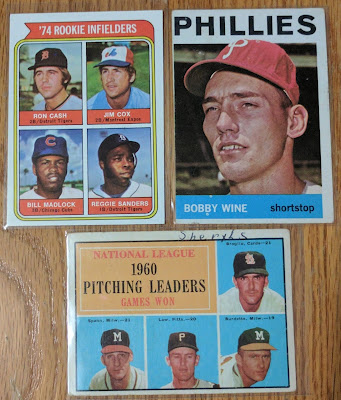 A little vintage. I've already got the Bill Madlock rookie, but this copy was so damn pack-fresh I couldn't pass it up, figuring it'd probably be an upgrade for me. The '64 Bobby Wine is more off-center than I prefer (like to at least have a sliver of a complete border), but was a need for my setbuild, so figured I could spend a quarter on it. And the Pitching Leaders card has been forever marked as Sheryl's (?), but hey, adding a vintage Warren Spahn to my collection for cheap, works for me! 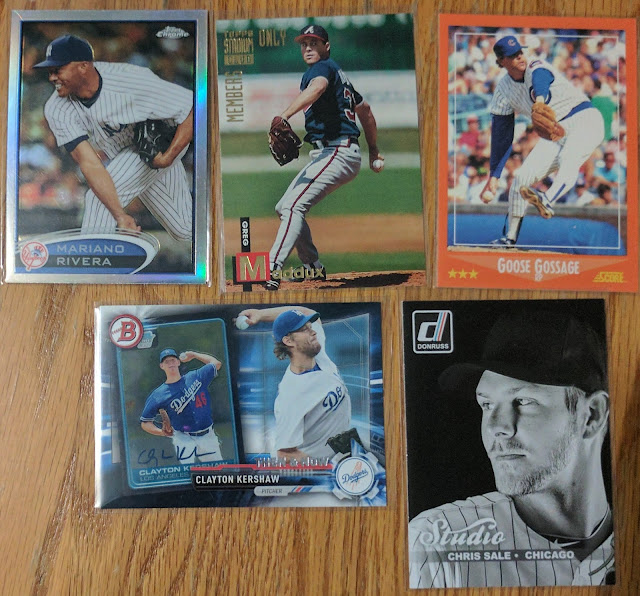 Here are some pitchers. I suspect I already have the '88 Score Rookie/Traded Goose, but it's a terrific looking card. 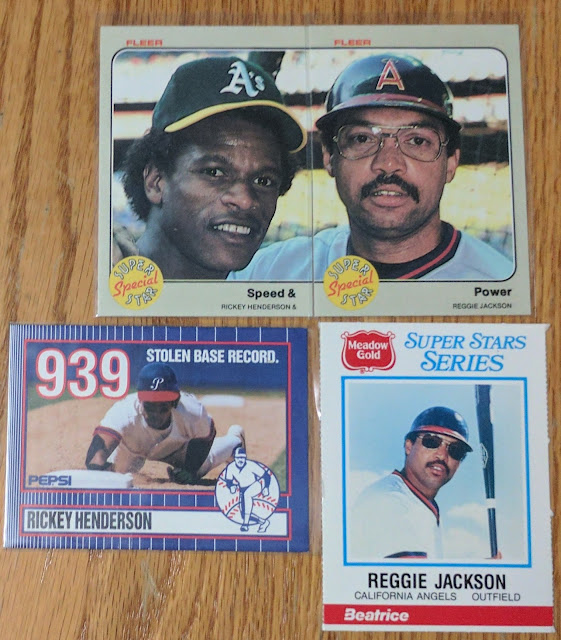 Rickey and Reggie, Friends Forever, paired up on a 1983 Fleer 2-card subset puzzle, plus an oddball of each. I knew Rickey played for a lot of teams during his incredible career, but had forgotten about his stint on the Pepsi team when he broke the stolen base record. lol 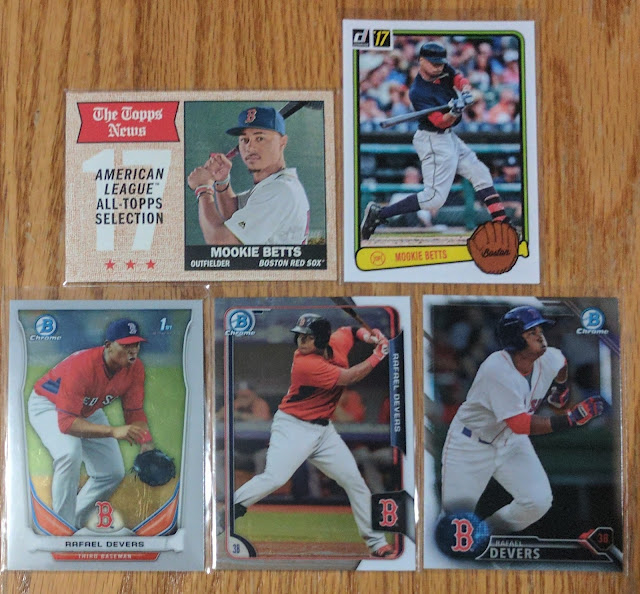 Sox content. A couple Mookies, and looks like I'm a Rafael Devers prospector, Boston's third baseman of the future. 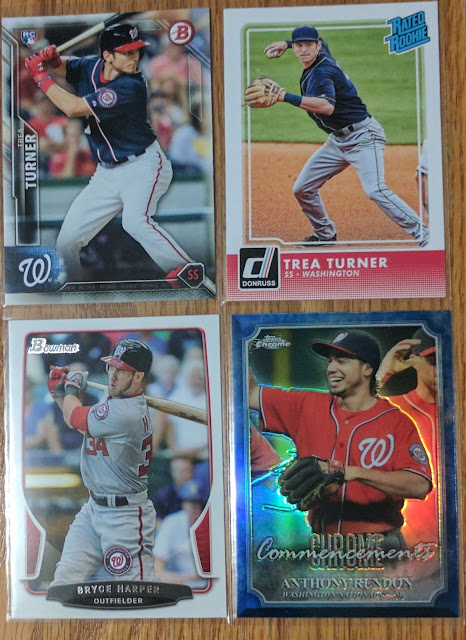 Nats content. Love those Chrome Commencements inserts, so grabbed it even though I don't collect this guy. 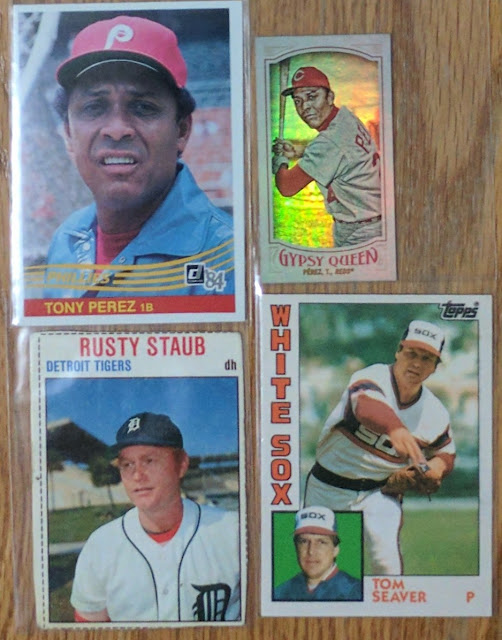 Some old-timers. 1984 Donruss could have done with less awkward headshots like that Perez. 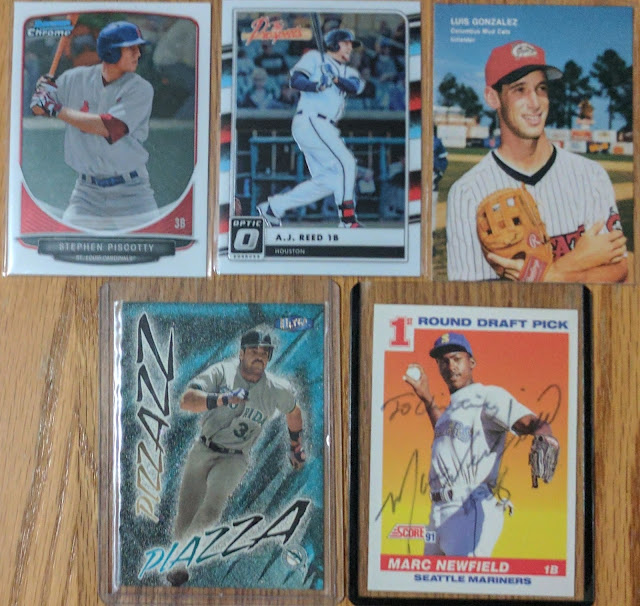 Let's wrap up today's post with this group of miscellaneous cards. Anyone need that Piazza Pizzazz card? I already have it, but it's so great that it's hard for me to pass up. The Marc Newfield seems to be an IP auto to somebody whose name I can't quite make out.. Christian or Christina maybe?

Thanks for reading. Still a few more pickups to show off soon.
Posted by defgav at 4:45 PM