Hey, it's post #1000! That's a lot of breaking down cards and having breakdowns over cards.

I knew I wanted to run a contest to celebrate, but I've been stressing over the details. I was thinking of maybe doing a Big Fun Game of my own, but I think I'll stick a pin in that for now (I also have a blogging anniversary coming up soon).

Instead, for now, let's just do one big MYSTERY BOX! 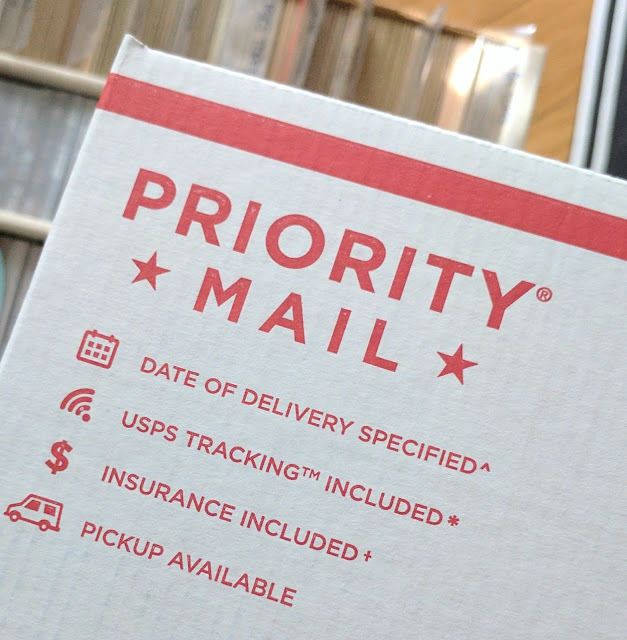 That's right, I'm going to give myself the prize of getting rid of some clutter. And one lucky grand prize winner will grant me the privilege of dumping 1000+ various cards on them. Whatever I can cram into a Medium Size Priority Mail Flat-Rate Box. Prepare for an epic Bipping. Ha, no, but don't worry, I'll include some good stuff in there, too. I'll try to weight the content based on the winner, e.g., if the winner is a Yankees fan, I'll be sure to include some good Yankee cards. But yeah, it'll be a mix of all teams and some non-baseball, too. Hopefully it'll be a lot of fun to go through.. find some keepers for your collection and stock up your tradeables with the rest. (or hell, throw them away for all I care, just don't send them back to me.) 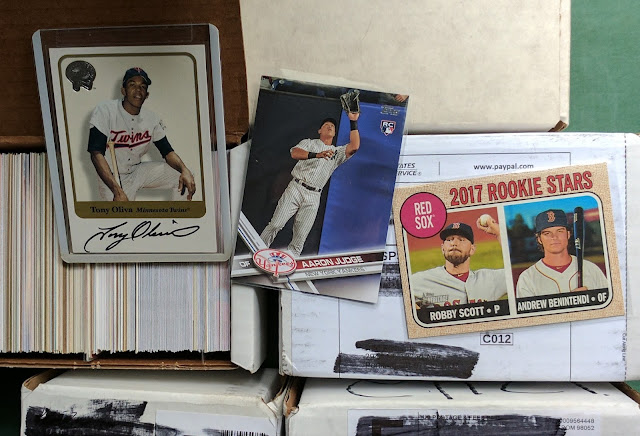 Ok, I don't want to scare ya'll off with talk of maybe a few junk wax cards in the mix, so let's specifically state some good cards that will be included. A Fleer Greats of the Game Tony Oliva certified auto, plus a couple hot 2017 rookie cards: an Aaron Judge flagship RC and an Andrew Benintendi dual rookie from Heritage.

Loyal Reader Bonus: If the winner has posted at least one comment on my blog in 2017 before today, they can choose two (2) of the below Topps Retired autographs to be thrown into the big box. (The unselected cards will likely roll over into the tentatively planned Big Fun Game.) 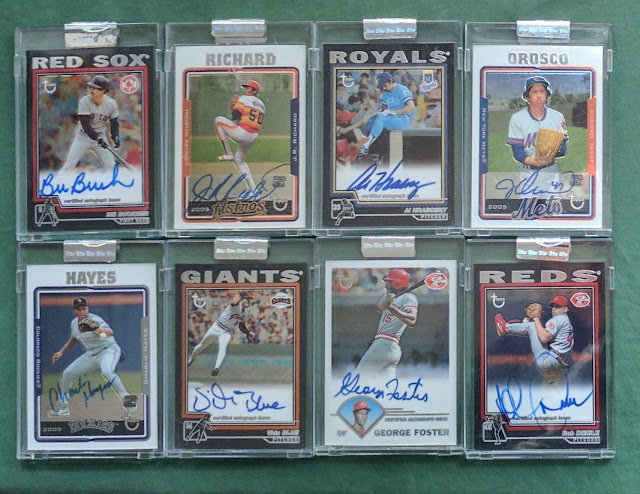 To enter, just comment on this post. I would prefer a fancy acknowledgment of 1000 posts. Something like, "Jolly good show on the thousand posts, each more triumphant than the last!" Perhaps a clever play on words using the word "grand." But it's also fine if you just say "I'm in" or whatever.

The entry period will be open for a week or so, then we'll randomize out a winner. Must be a US resident for the grand prize. Well, you can enter regardless of where you live, but if the winner doesn't have a US address, they'll just get a consolation PWE instead, and the big box will go to the next place person. Sorry, it's the USPS's crazy international shipping costs these days.

Big Turnout Bonus: While I won't be awarding bonus entries for pimping this time out, I will offer some enticement for you to help spread the word. If we get 44 or more people to enter, the winner can also pick one (1) of the below HOF autos: 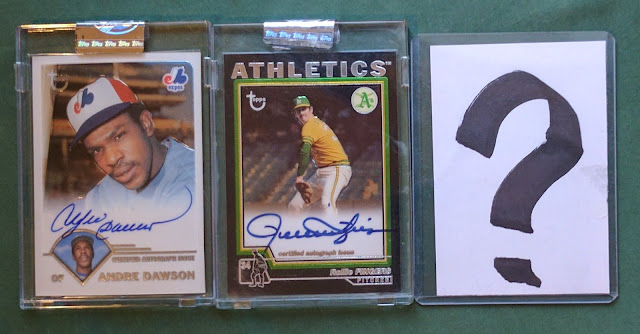 That's Andre Dawson and Rollie Fingers. The question mark "mystery pick" is pending but should be unveiled soon. So consider throwing out a little plug on your blog or tweeting a link or whatever, as it could pay dividends for you down the line.

I plan to offer several fun bonus entry possibilities in my posts over this next week, so be sure to check back for them.