Three nice trade packages arrived this week. I'm stressing out today because I've got a lot to do.. trying to finalize the Big Fun Game prizes before this evening.. housework, shopping, plus it's Father's Day and my wife and I's anniversary on top of that. So I'll try to keep this post short, but no slight against these great cards kindly sent my way.

This first package is from Dimebox Nick. 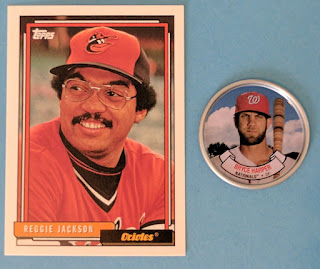 I love Reggie Orioles cards. I wasn't lucky enough to pull this one in my 2 hobby boxes of 2017 Archives, but luckily Nick pulled a dupe he could share.
I wasn't sure I'd be a fan of those retail-only coin things, but in hand, this Bryce is pretty cool. Nice when Topps thinks outside the box and does something a little different. 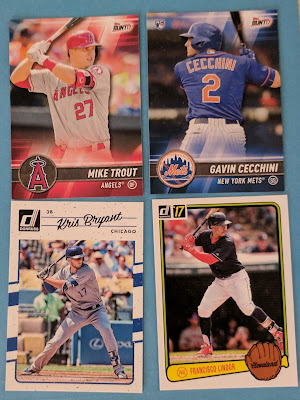 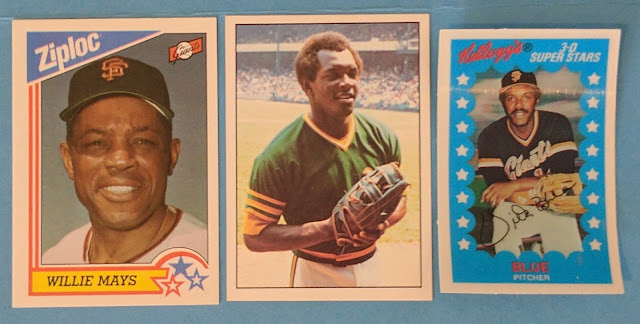 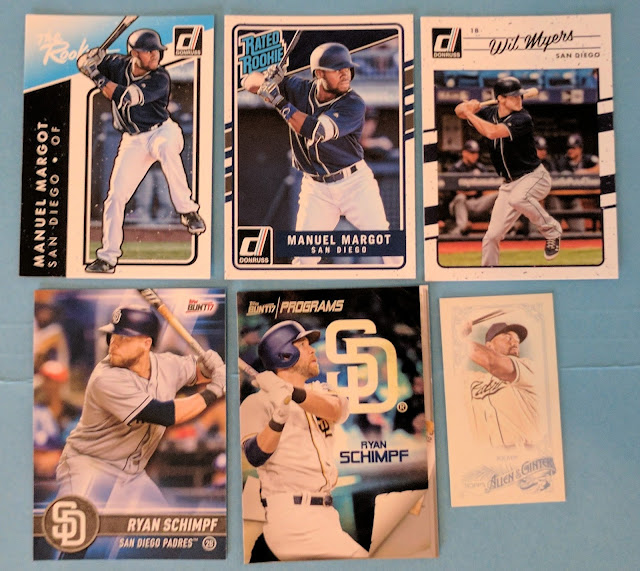 Some current and/or recent Padres. 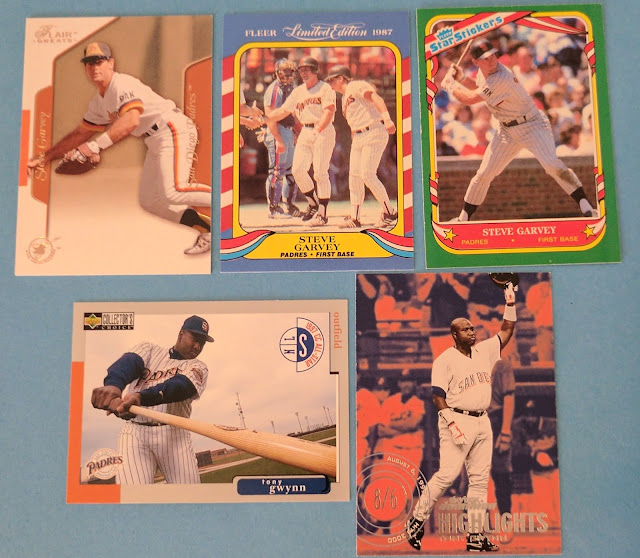 Next up is a surprise from Fuji. 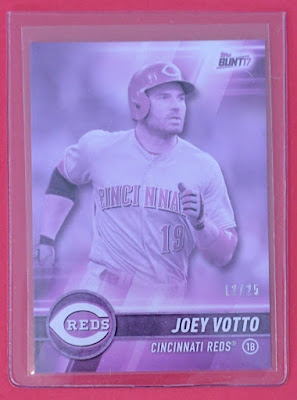 Fuji scored this Joey Votto Christmas Card from a pack of Bunt and was kind enough to think of me. Love it! 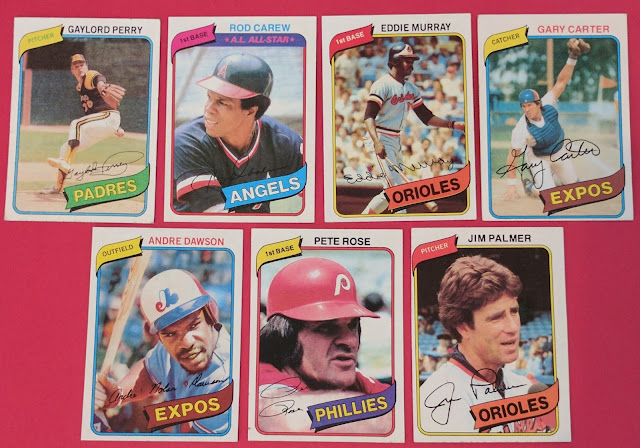 Along for the ride was a great assortment of HOFers* from 1980 Topps. (*yeah, and Pete Rose.) I think these are the first 80T cards I've received since announcing my intention to probably build this set sometime one of these days.

Last up is from Tony L. 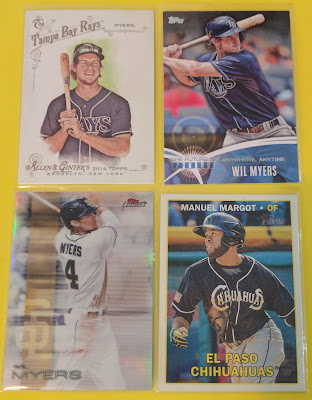 Starting off with some Myers and a Margot. 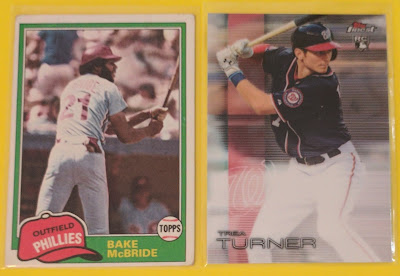 A desperate need for my Bake McBride PC, plus a sharp Trea Turner, too. 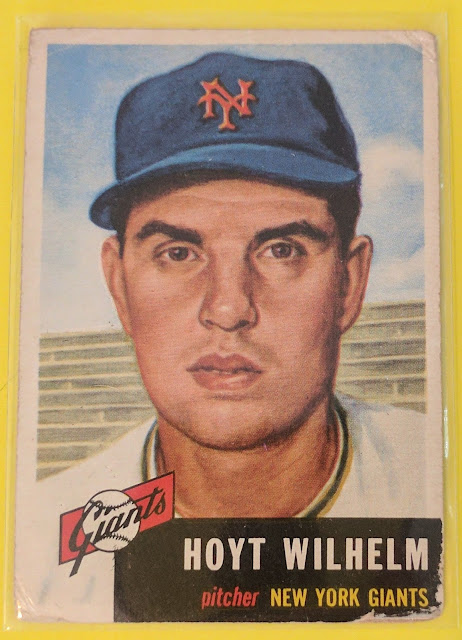 And the star of the show, a 1953 Topps Hoyt Wilhelm! Awesome! Hoyt's rookie is a 1952 Topps high-number so it's super expensive, meaning this '53 is likely the earliest card I'll ever add to the ol' Hoyt PC. Tony lucked out with this card in JBF's BFG, and I reached out to him on his interest to trade it since I know his collection is focused squarely on Milwaukee cardboard. I was very happy when he said that he had planned to check with me if I wanted it. So I rounded up some decent Brewers cards and we had a deal.

Well, speaking of Big Fun Games.. I gotta go. Should be starting soon!
Posted by defgav at 11:53 AM