Sneaking in a few basketball cards

The NBA Finals are over. Hey, let's use that as an excuse to show off a few basketball cards, highlighted by what I've got from the 2017 champs, the Golden State Warriors. 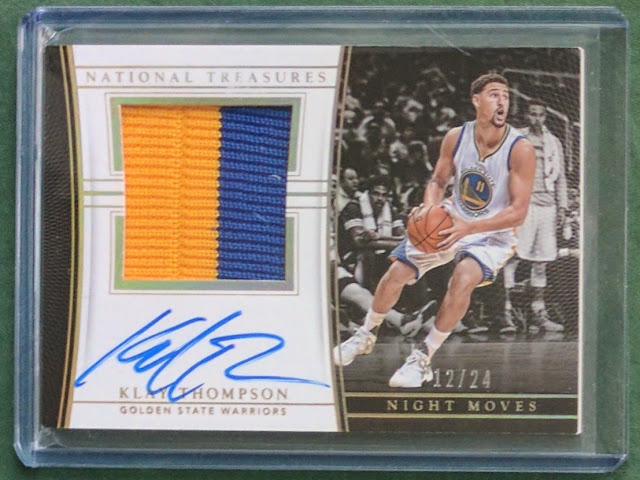 Ok, here's the main card I've been meaning to show off. I picked up this Klay Thompson relic/auto a while back as a cornerstone card for my Xmas Eve Card collection. Impressive cards #'d 12/24 don't seem to pop up very often.. it's usually a bunch of no-name draft picks who never panned out. So I splurged a bit. Nice on-card signature and vibrant jersey swatch.. I like it. The less-than-mint corners likely helped keep the final bid from going higher. He's a really good player, though a bit overshadowed on such a stacked team. He had a hell of a performance in a game back in December when he became the first player in NBA history to score 60 points in less than 30 minutes of action.

I don't get the "Night Moves" distinction for the card, but hey, that's a great Bob Seger song. 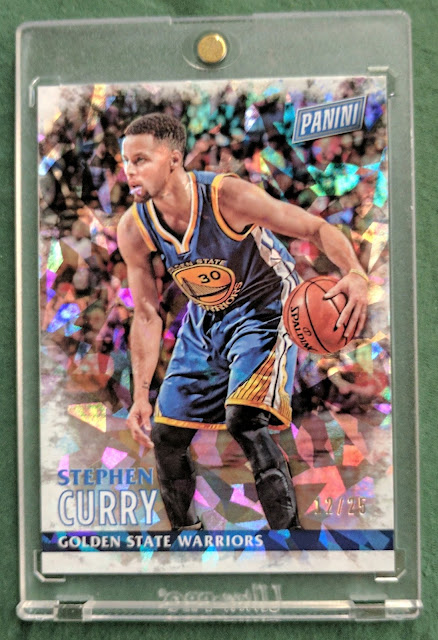 I don't own many Steph Curry cards, but easily the best one I've got is this Christmas Card graciously given to me by Jedi Jeff from 2x3 Heroes last year. Great looking card!, similar to the atomic refractors from Topps. 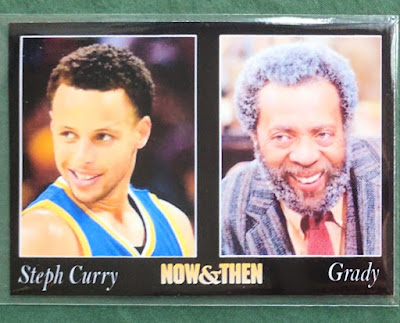 And here's a silly custom I made a couple years ago in the style of the 1993 Pinnacle Now & Then subset. I was really taken by how much Steph made me think of a young Grady from Sanford & Son, though maybe it was just me. 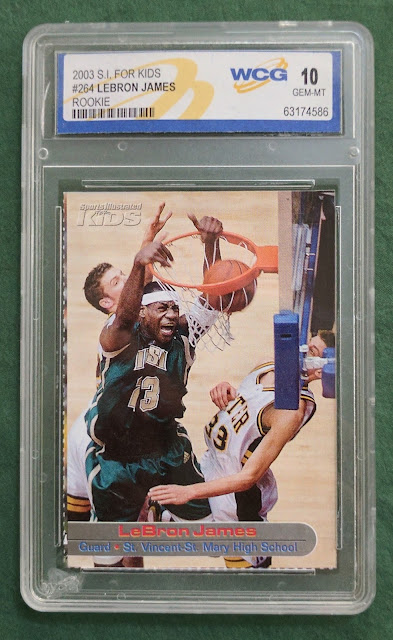 One more for today. I like Lebron James well enough. Honestly, I was rooting for the Cavs over Golden State, though I'm not a big enough basketball guy to get too worked up over it either way. (If it weren't for the fact that I've been a regular watcher of ESPN's Pardon the Interruption sports-talk show during my workouts in the work gym, I probably wouldn't even have a clue what was going on in the league these days.) I picked up this slabbed S.I. For Kids card a few years back when I was active on Listia. I recall it was a decent amount of credits, though I'm sure this isn't worth much in real dollars. Still though, cool to have a "rookie"-ish card of one of the greats. I know he's got a lot of haters out there, but you can't blame the recent loss on him, as he was pretty incredible, becoming the first player to average a triple-double in NBA Finals history.